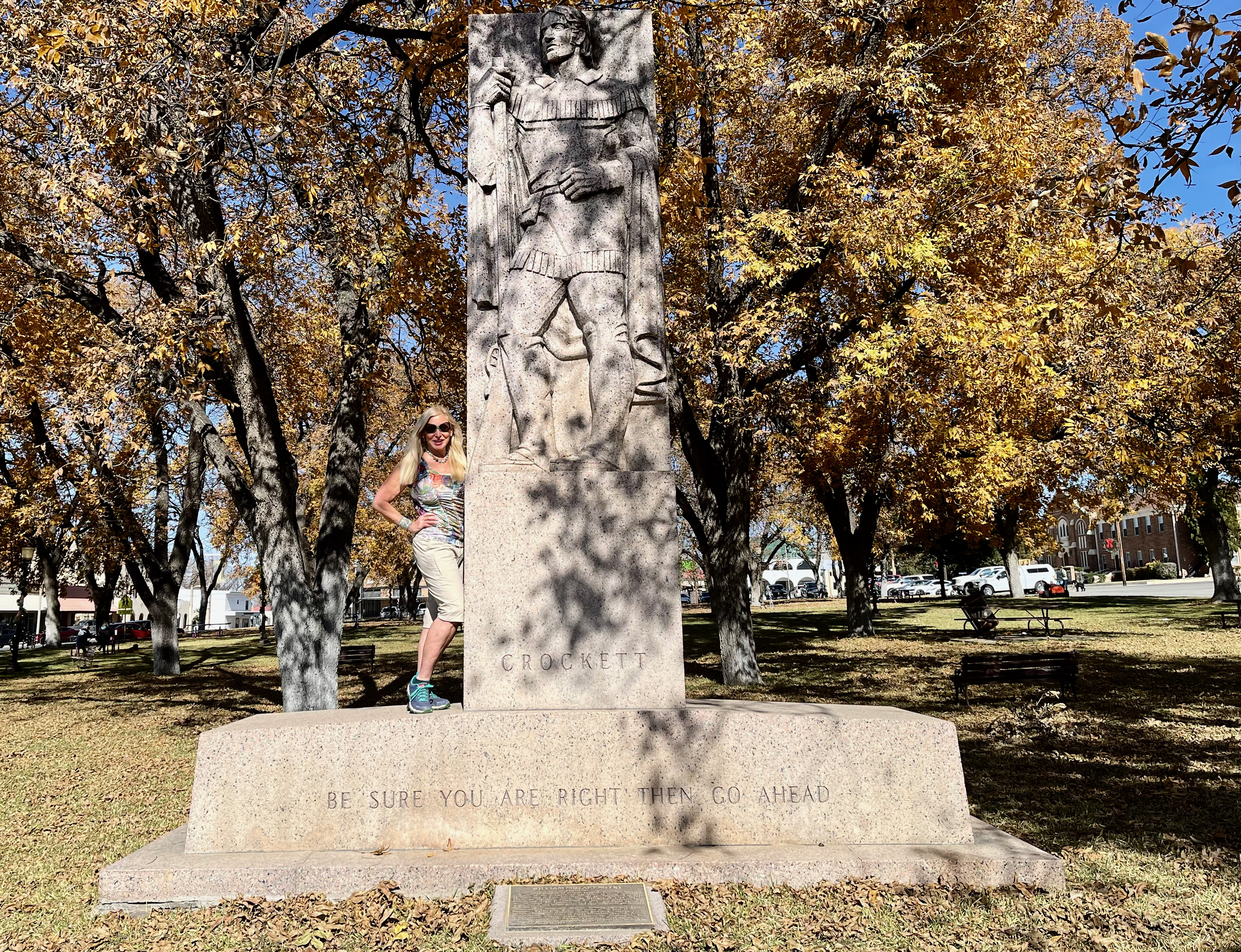 On the way we stopped at a park in Ozona, Tx, Crockett County for a photoshoot with a David (not Davy) Crockett statue. Walt Disney invented Davy Crockett to make some money. David was a real person. He was a Tennessee Senator about to be impeached by the voters back home. Rather than face his fellow citizens, he rode off to Texas. He died at The Battle of the Alamo. 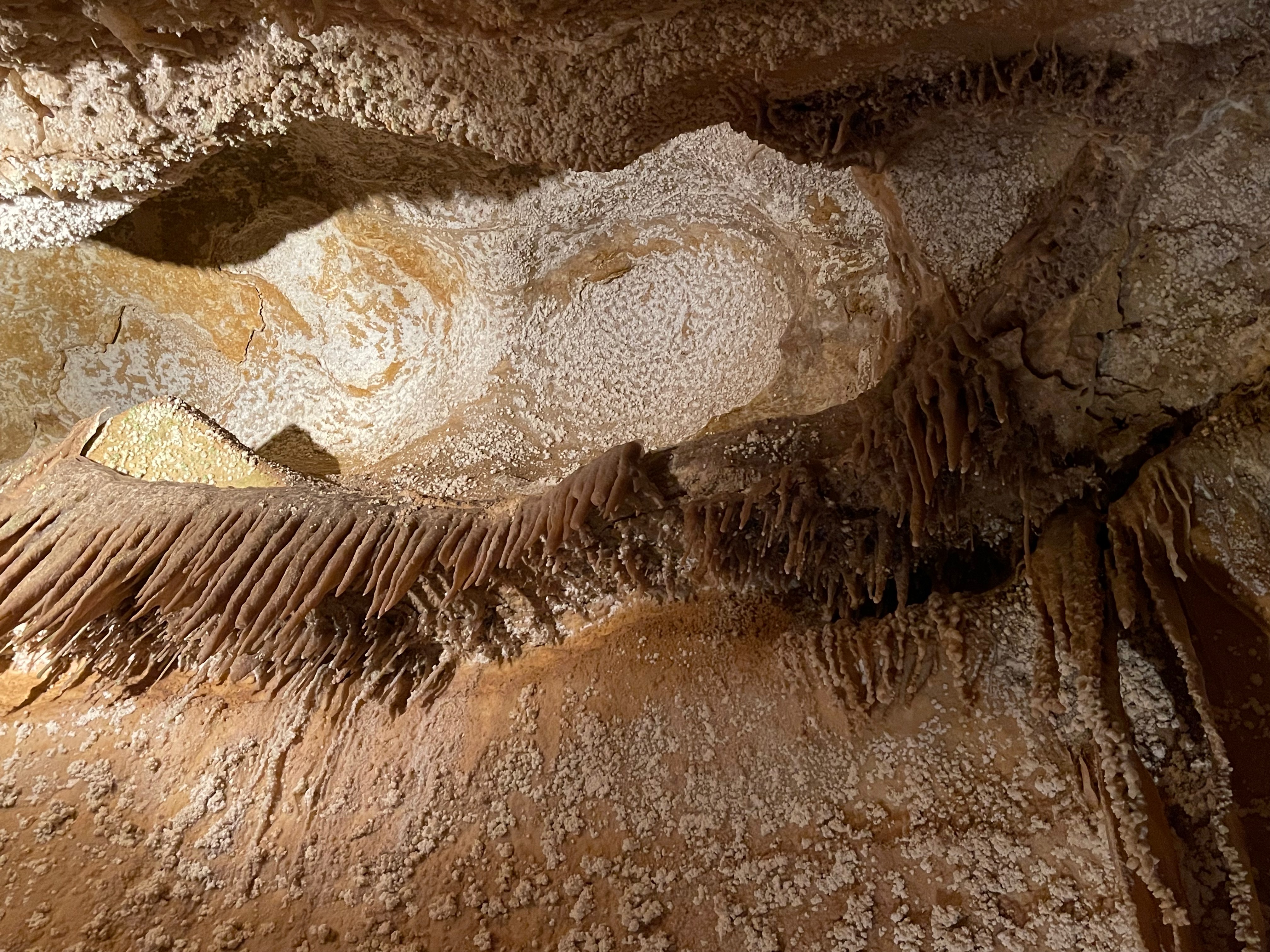 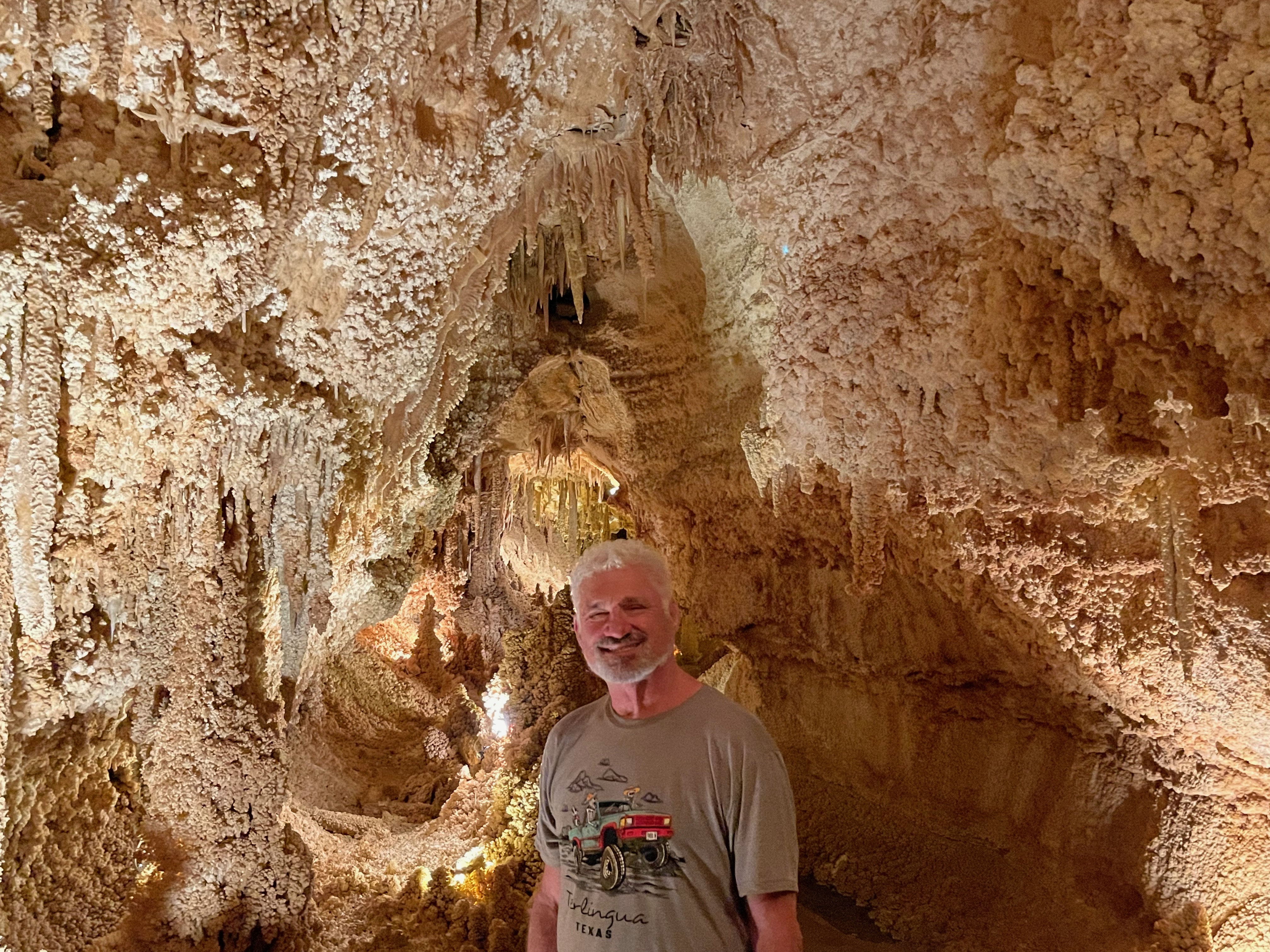 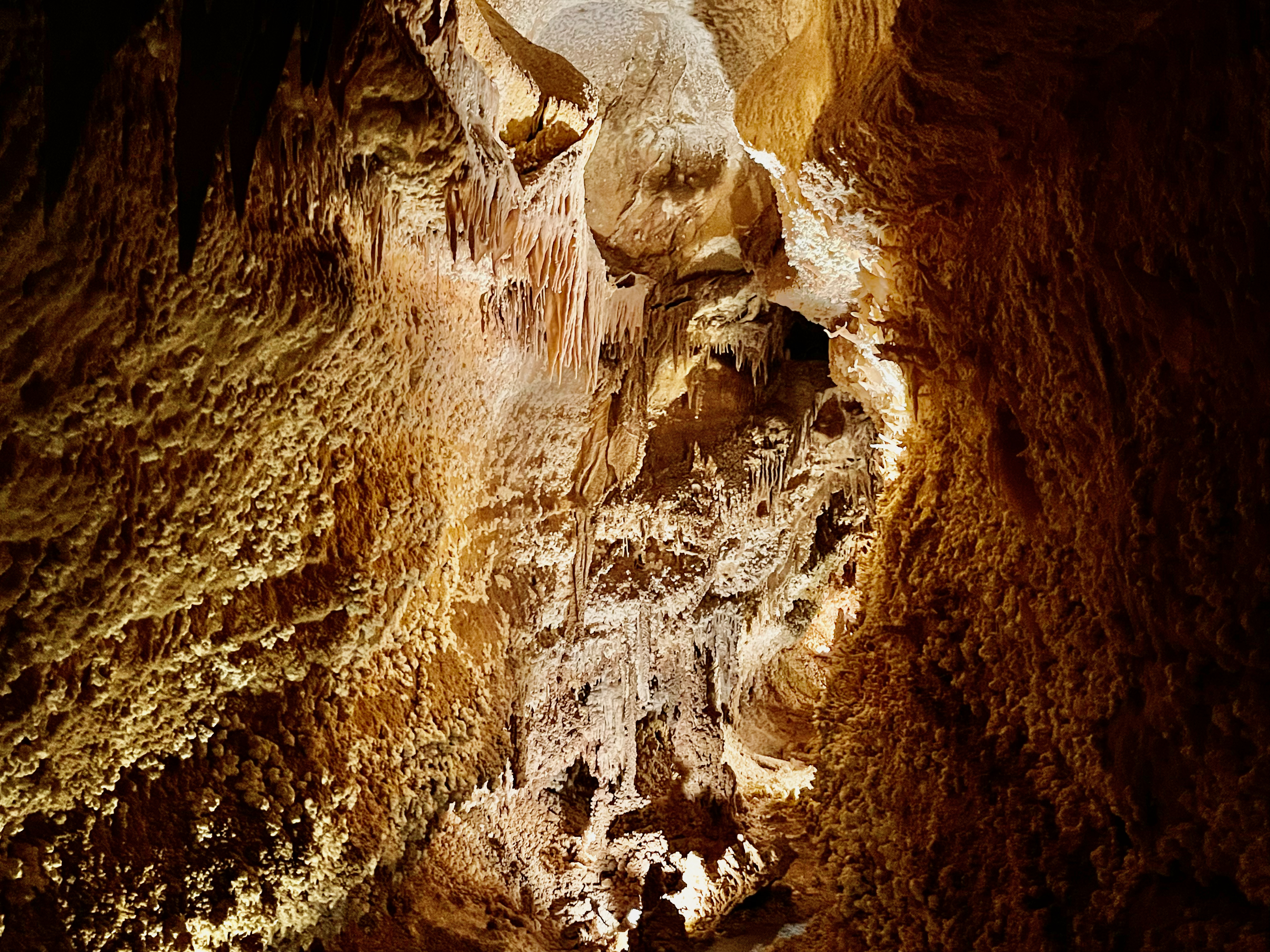 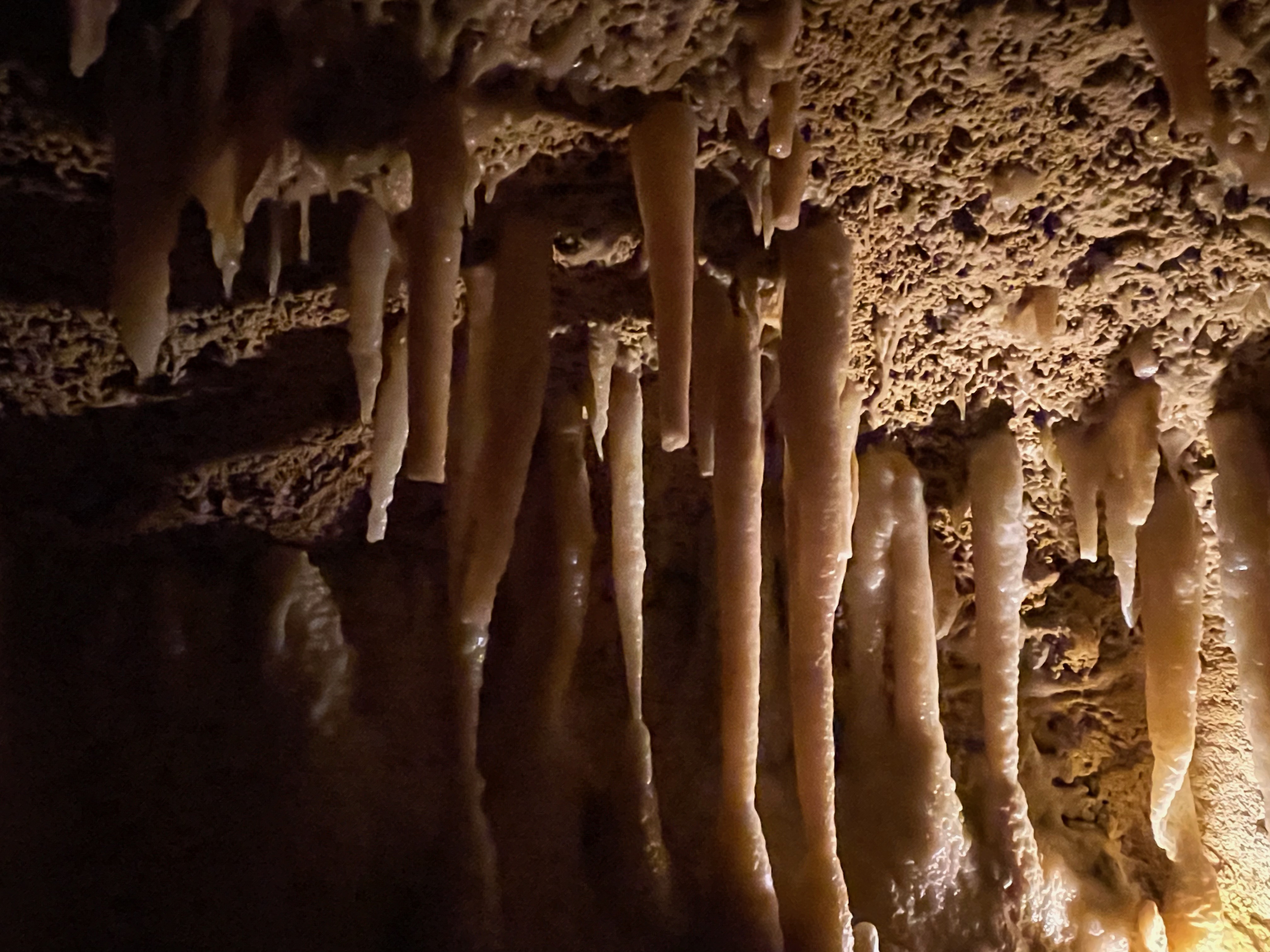 Even though we visited the beautiful and gigantic Carlsbad Caverns just a few days ago https://jetsetway.com/carlsbad-caverns-nm-2021/  , we opted to stop by and take in The Caverns of Sonora as we continue East. We are glad we did. 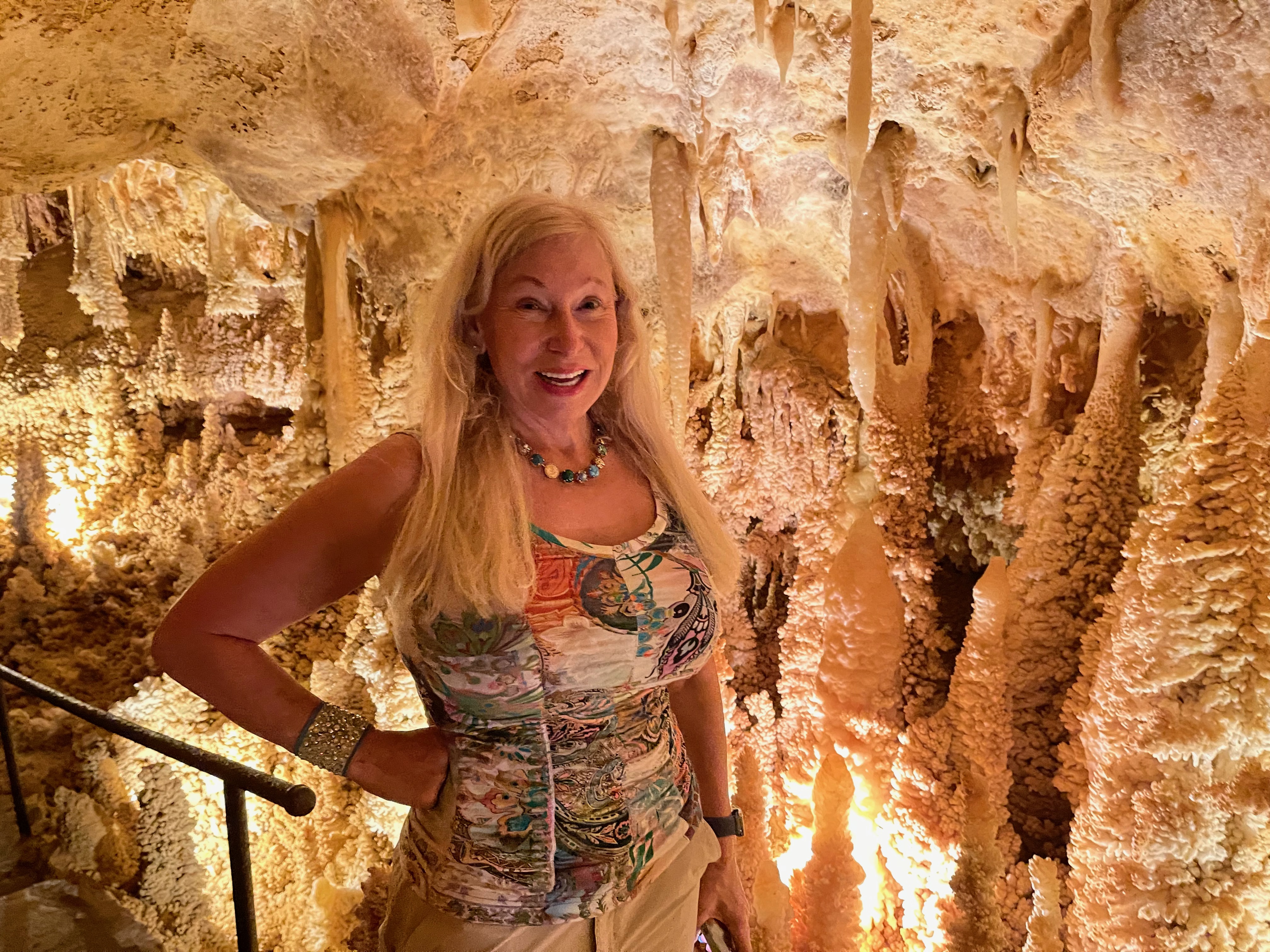 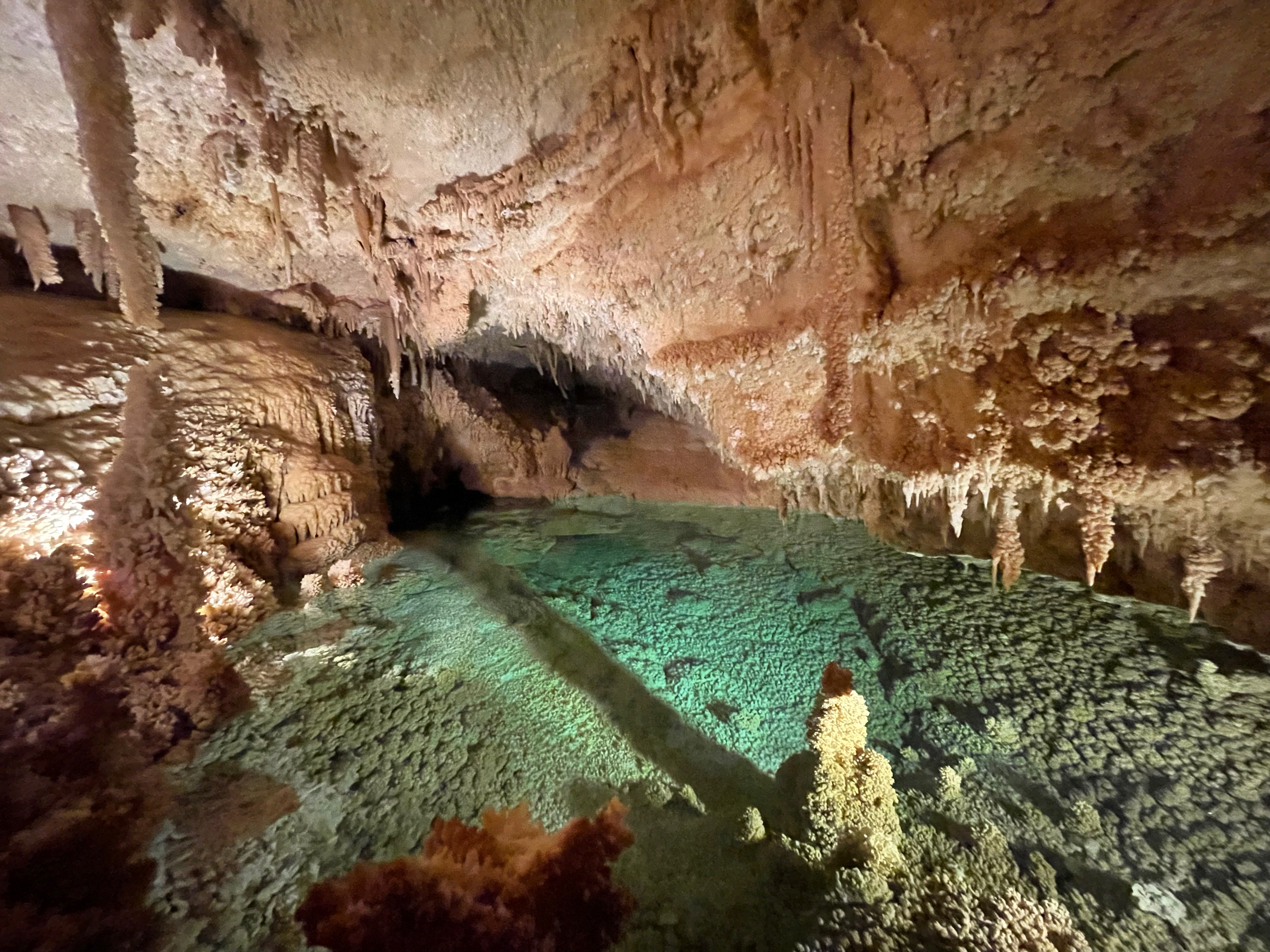 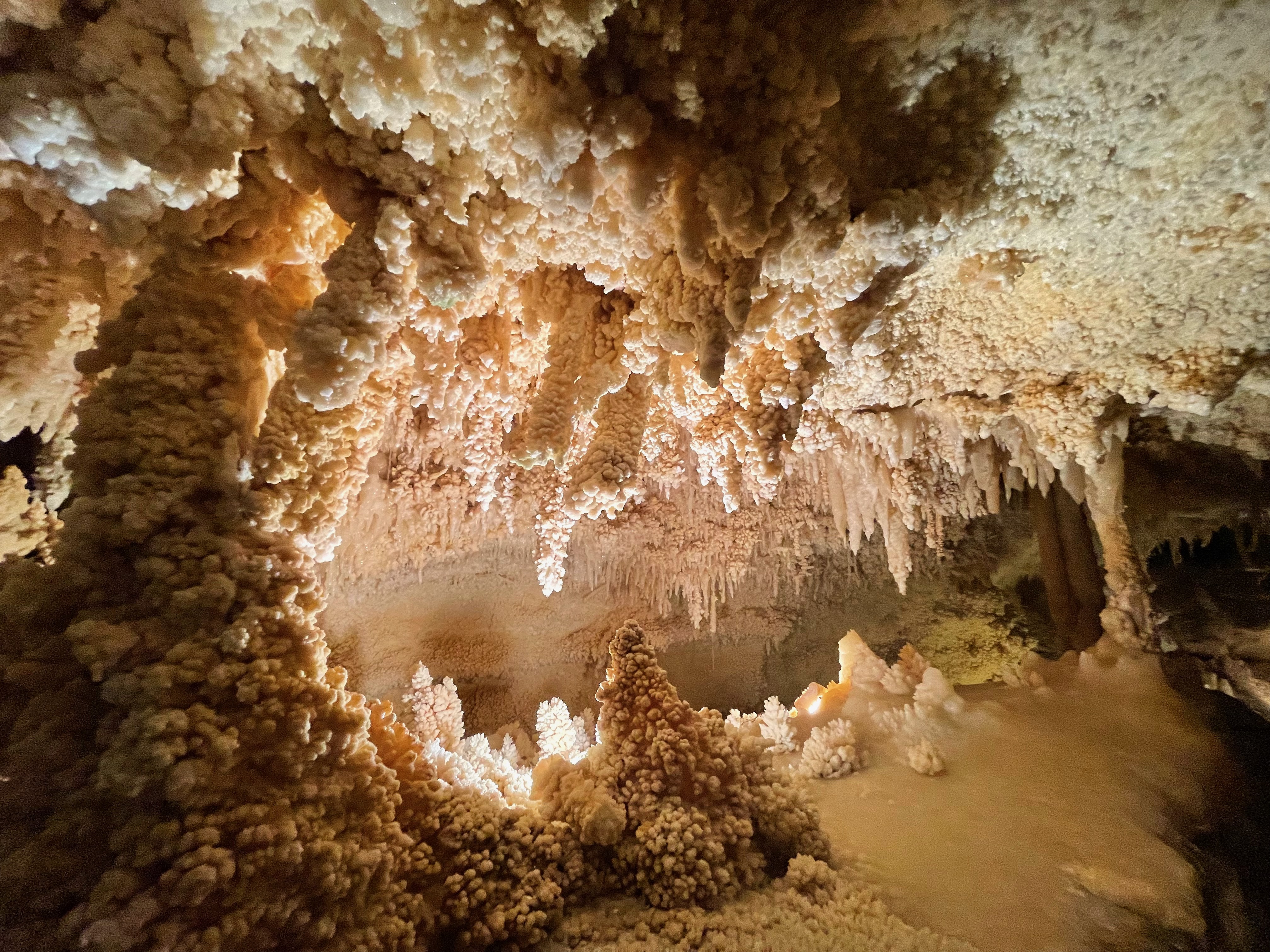 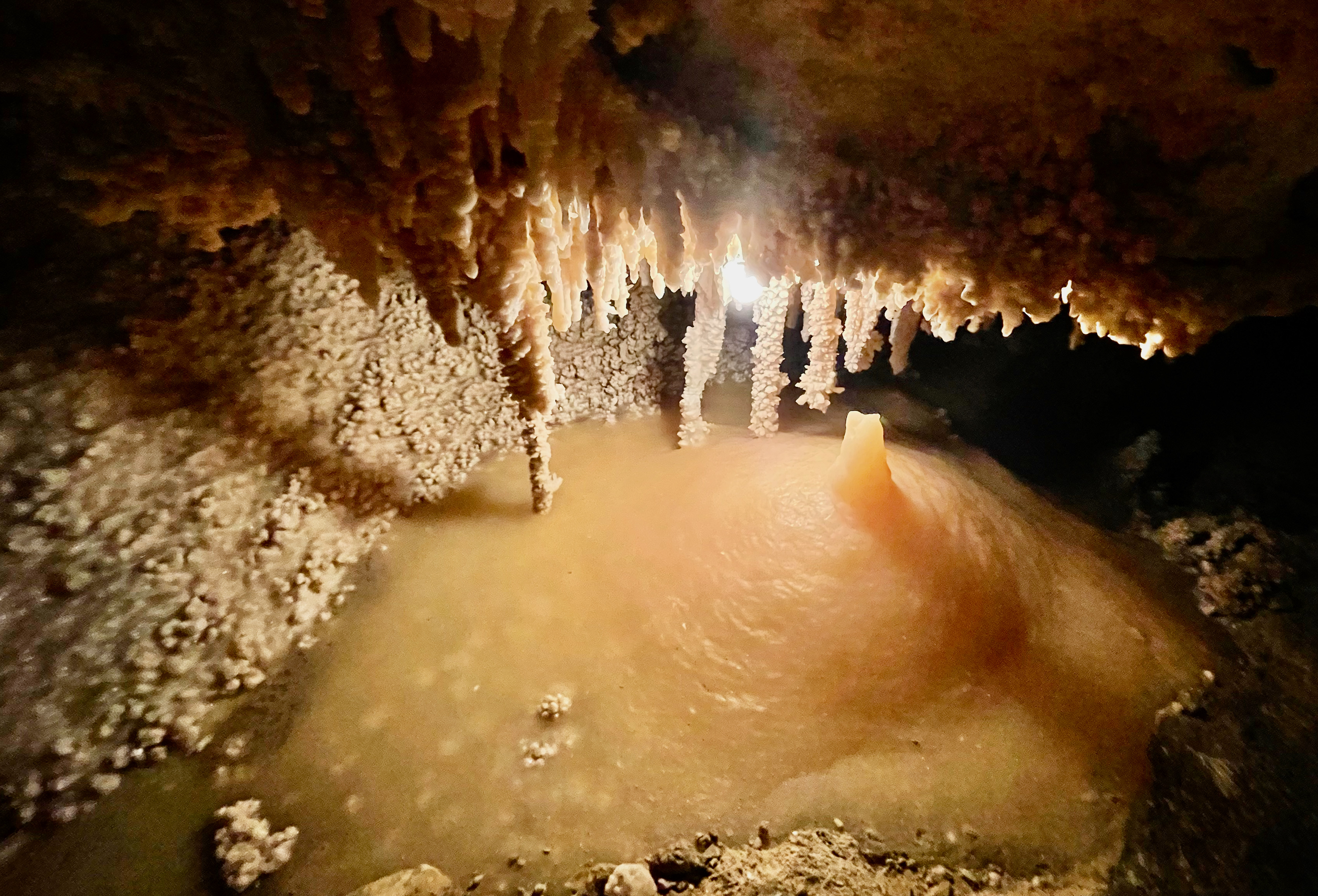 It has even been awarded “The Most Beautiful Show Cave in the World” . It is much more intimate than Carlsbad although large by most standards. 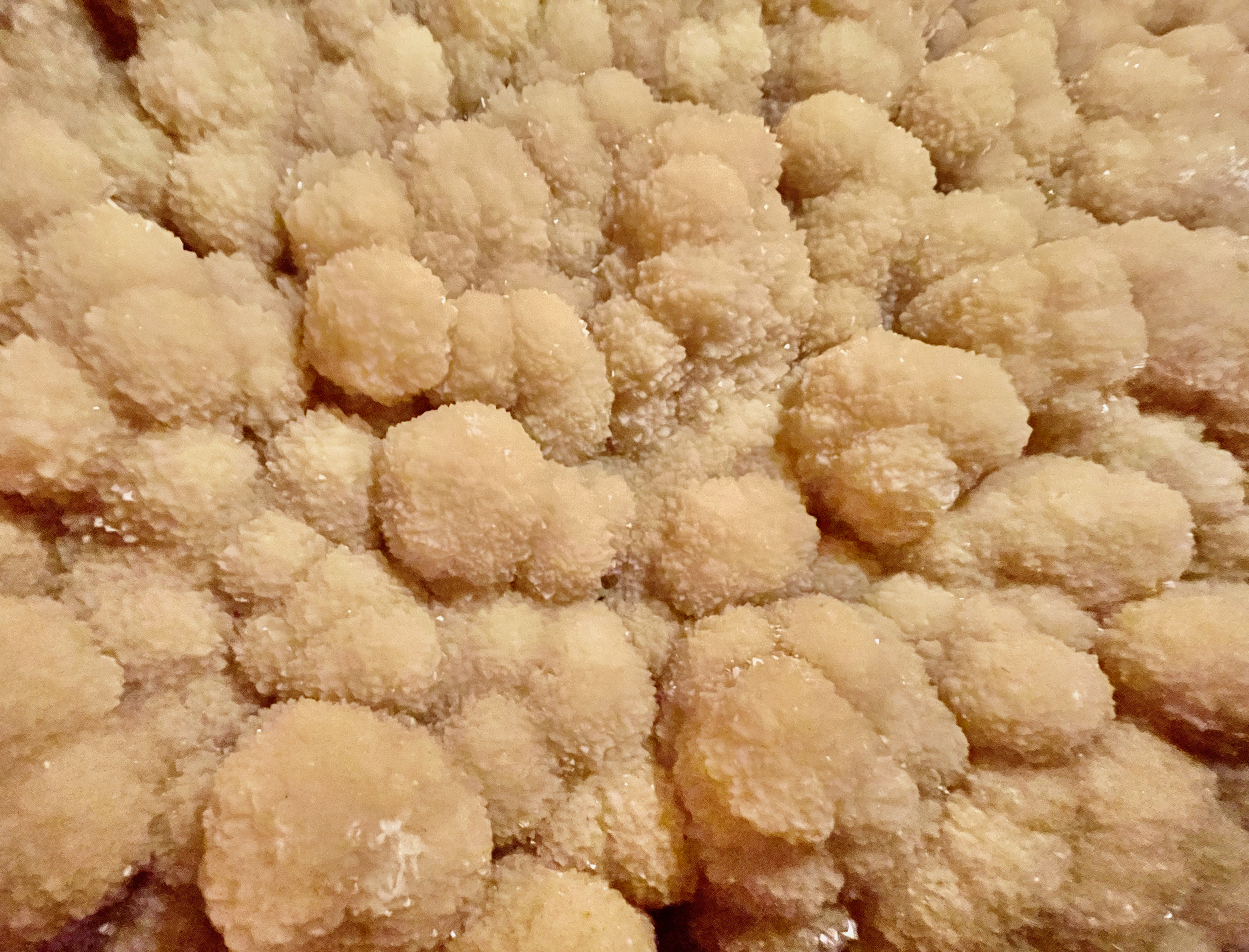 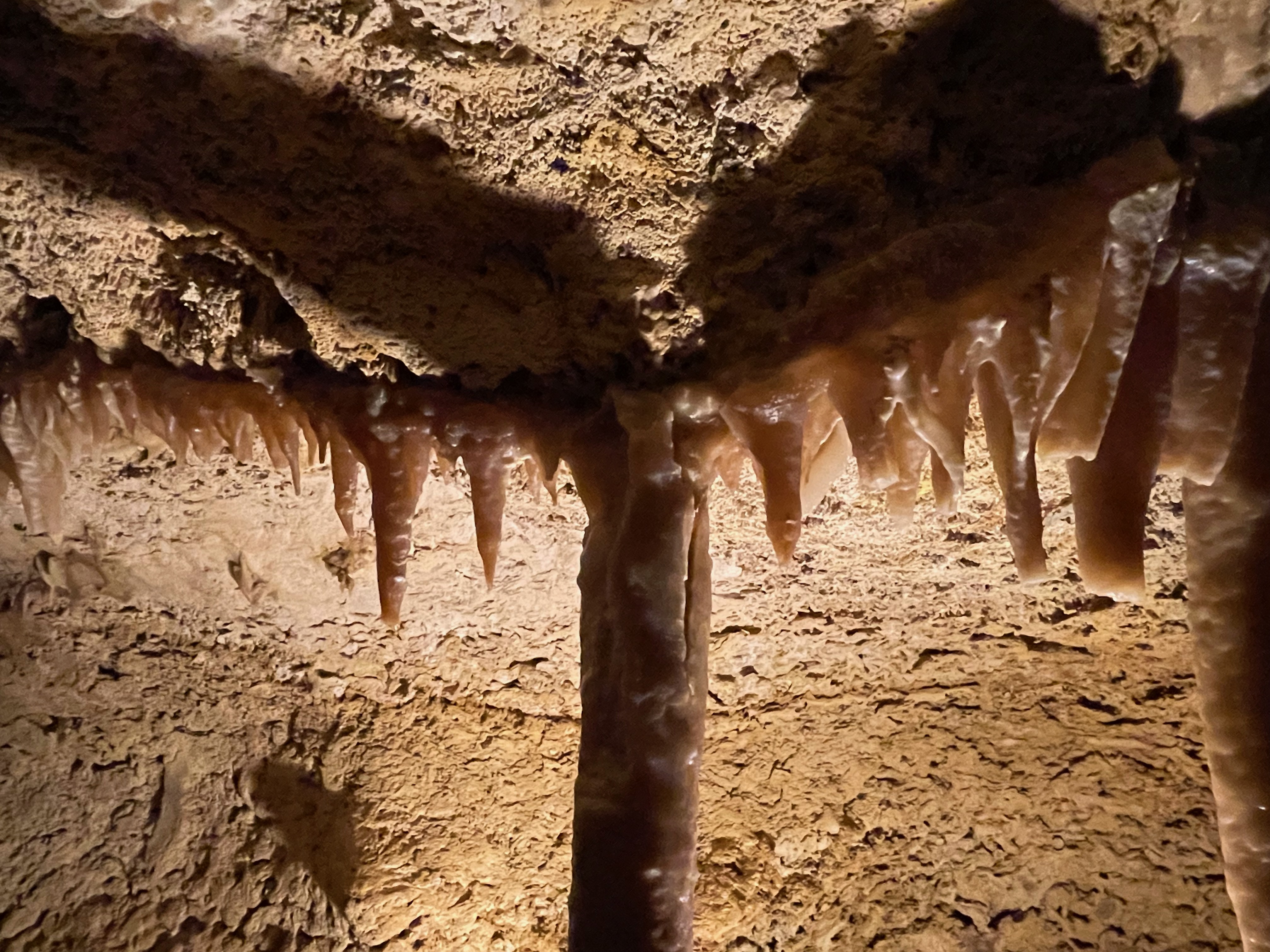 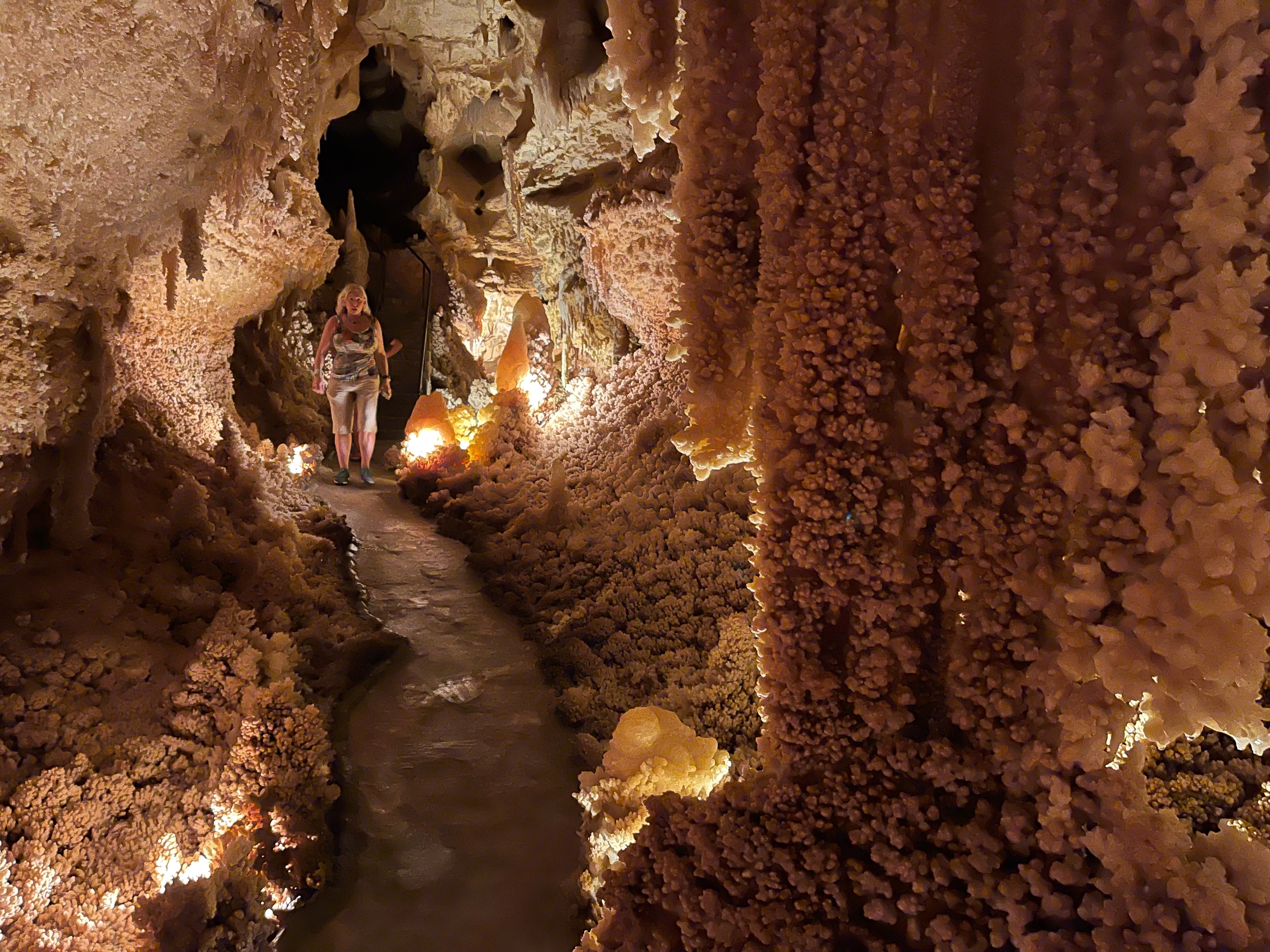 The paths are narrow and the formations inches away as opposed to other caves where they are very far away. We still walked well over a mile and descended 155 down (over 15 stories) and hiked back up.