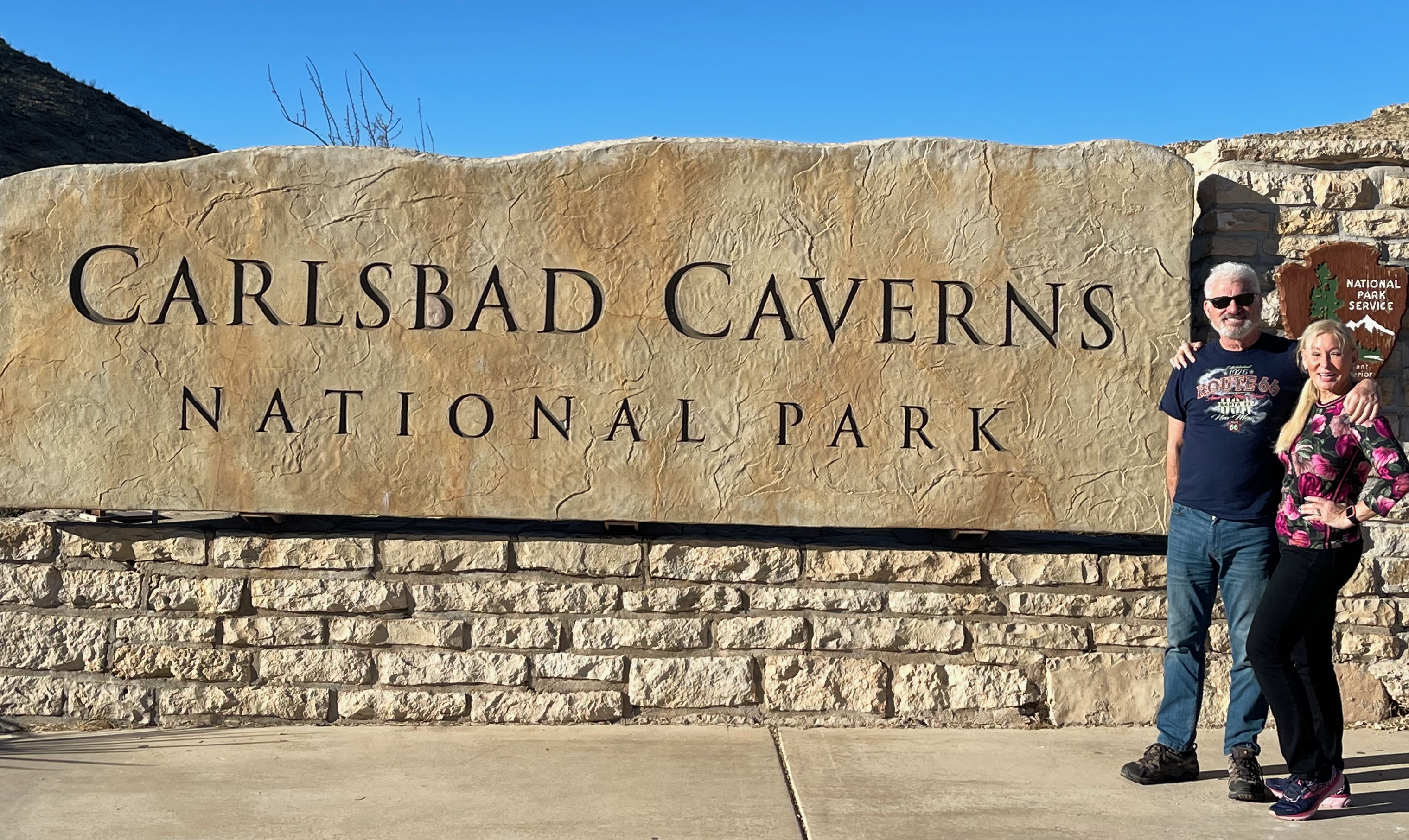 Carlsbad Caverns National Park contains more than 119 limestone caves that are known for size, diversity, and the beauty of their formations. 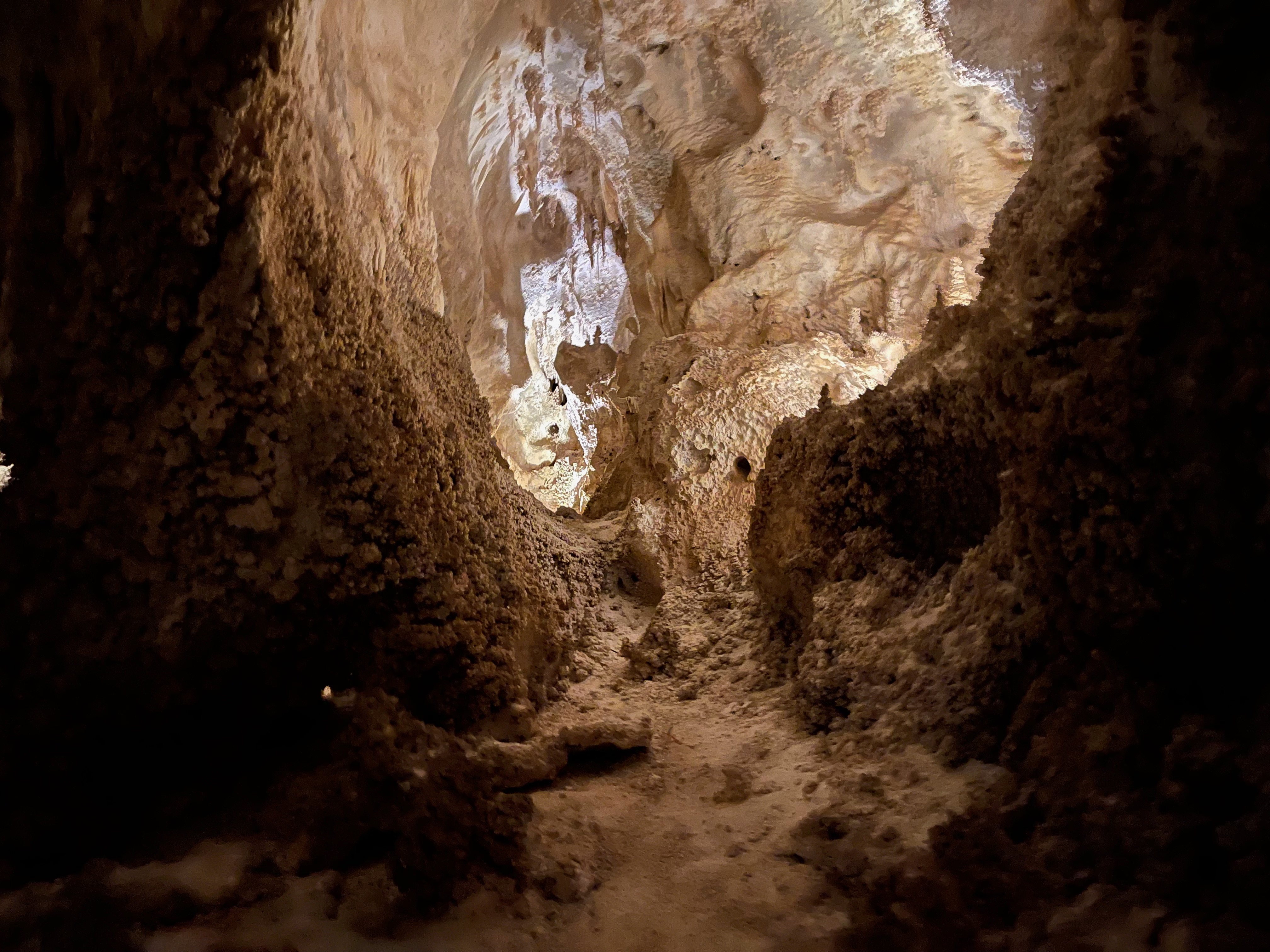 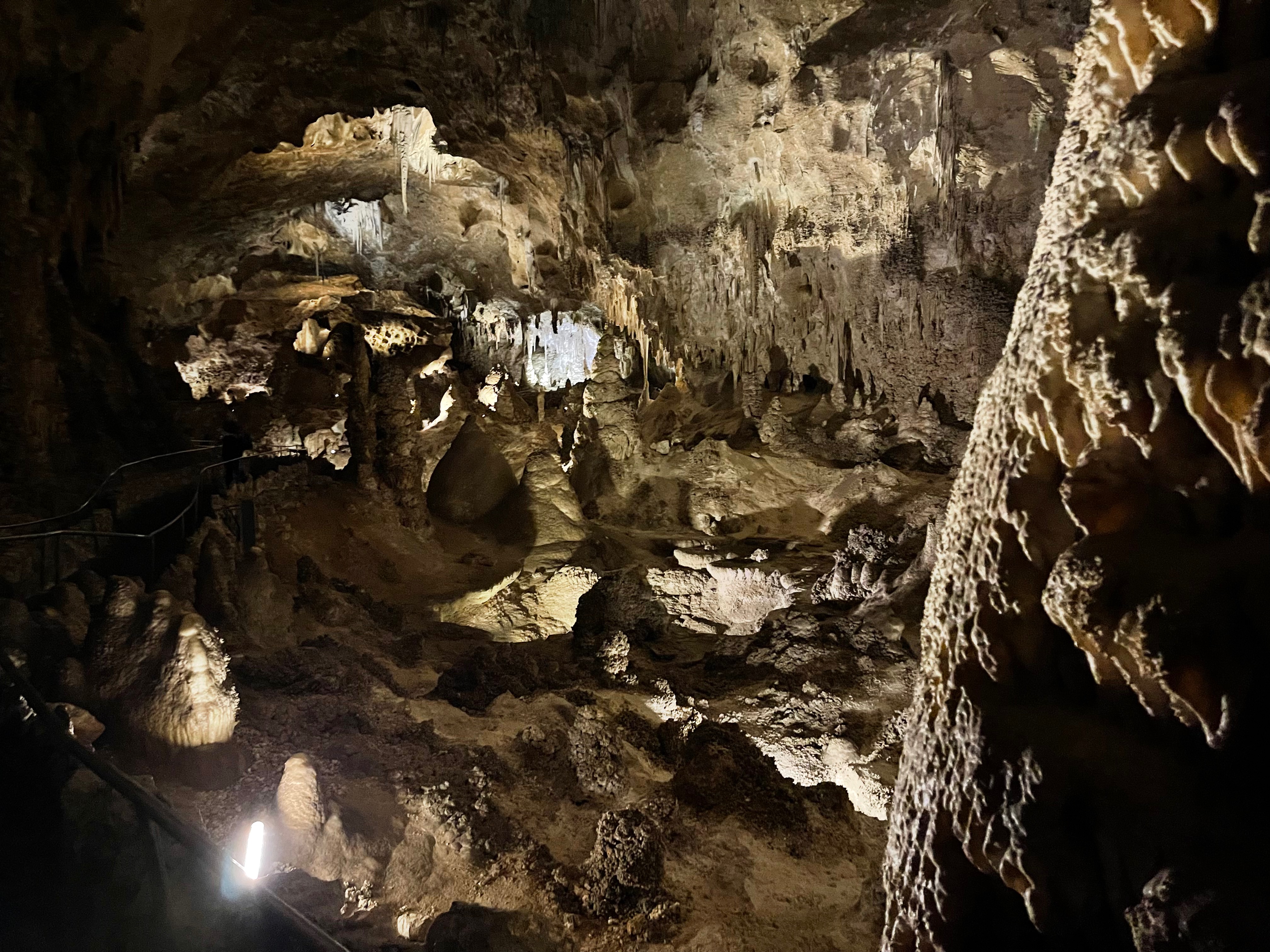 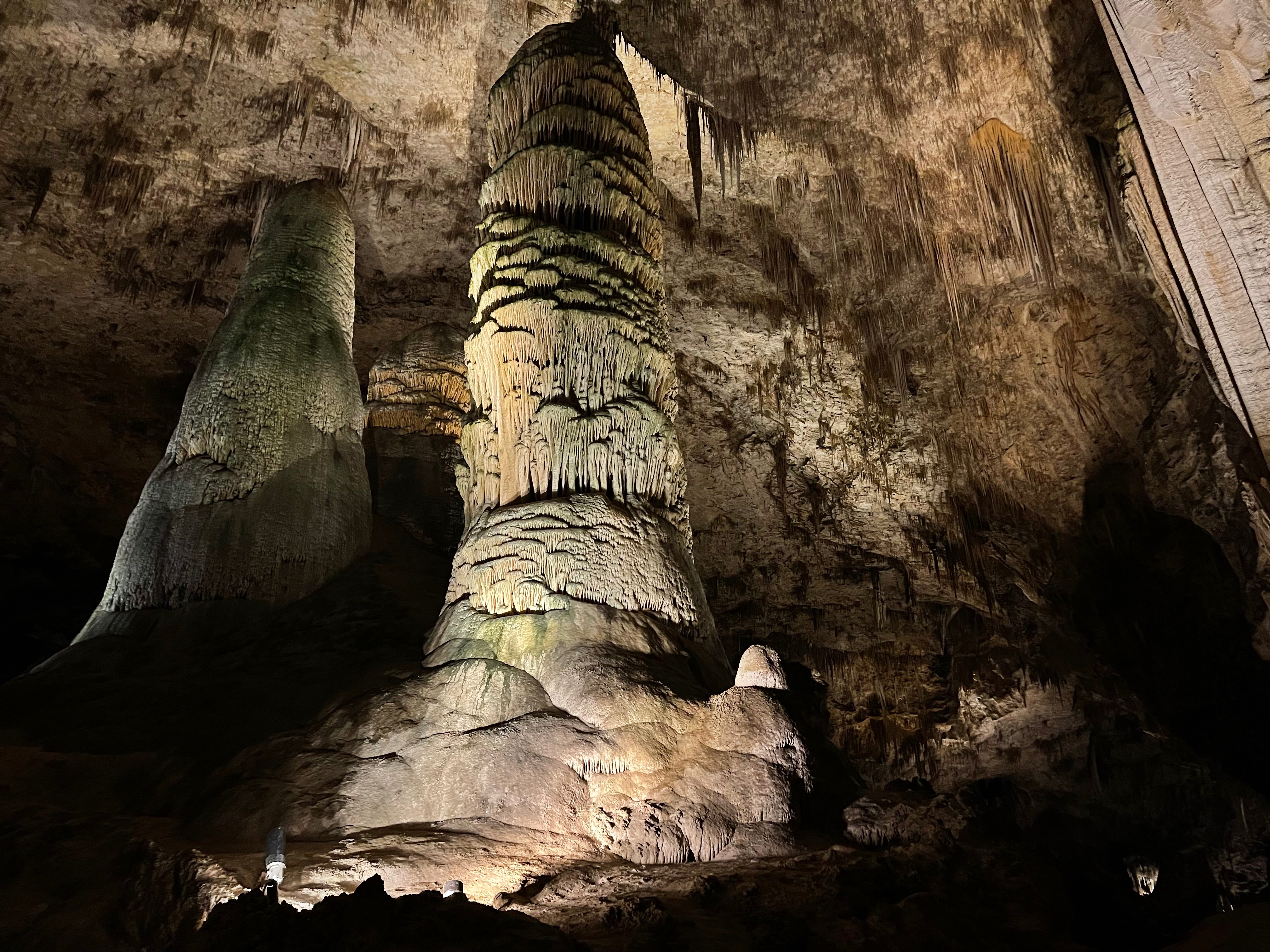 500,000 people visit them annually. It is a World Heritage Site. In 1959, the motion picture Journey to the Center of the Earth with Pat Boone and James Mason was filmed there. 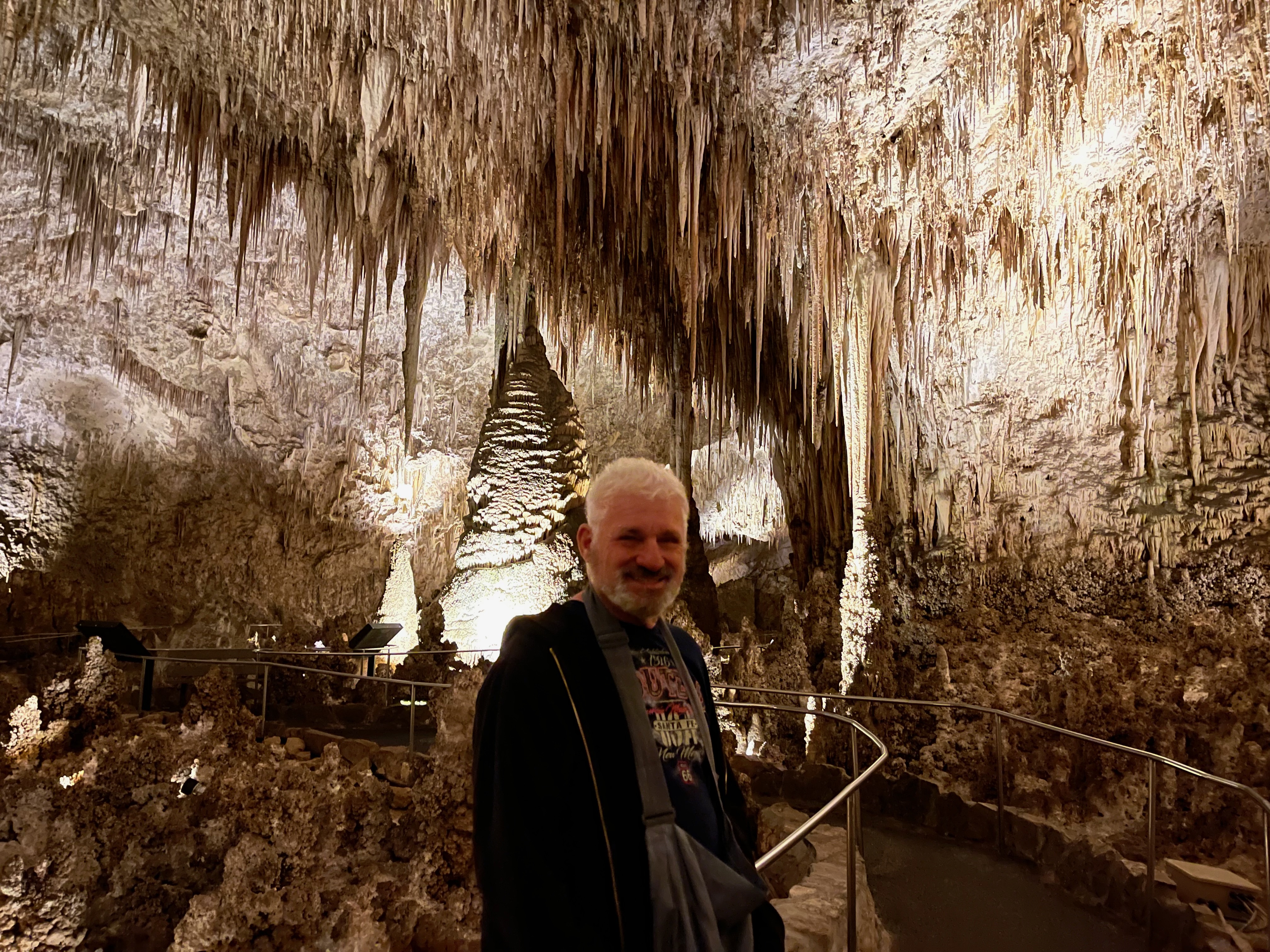 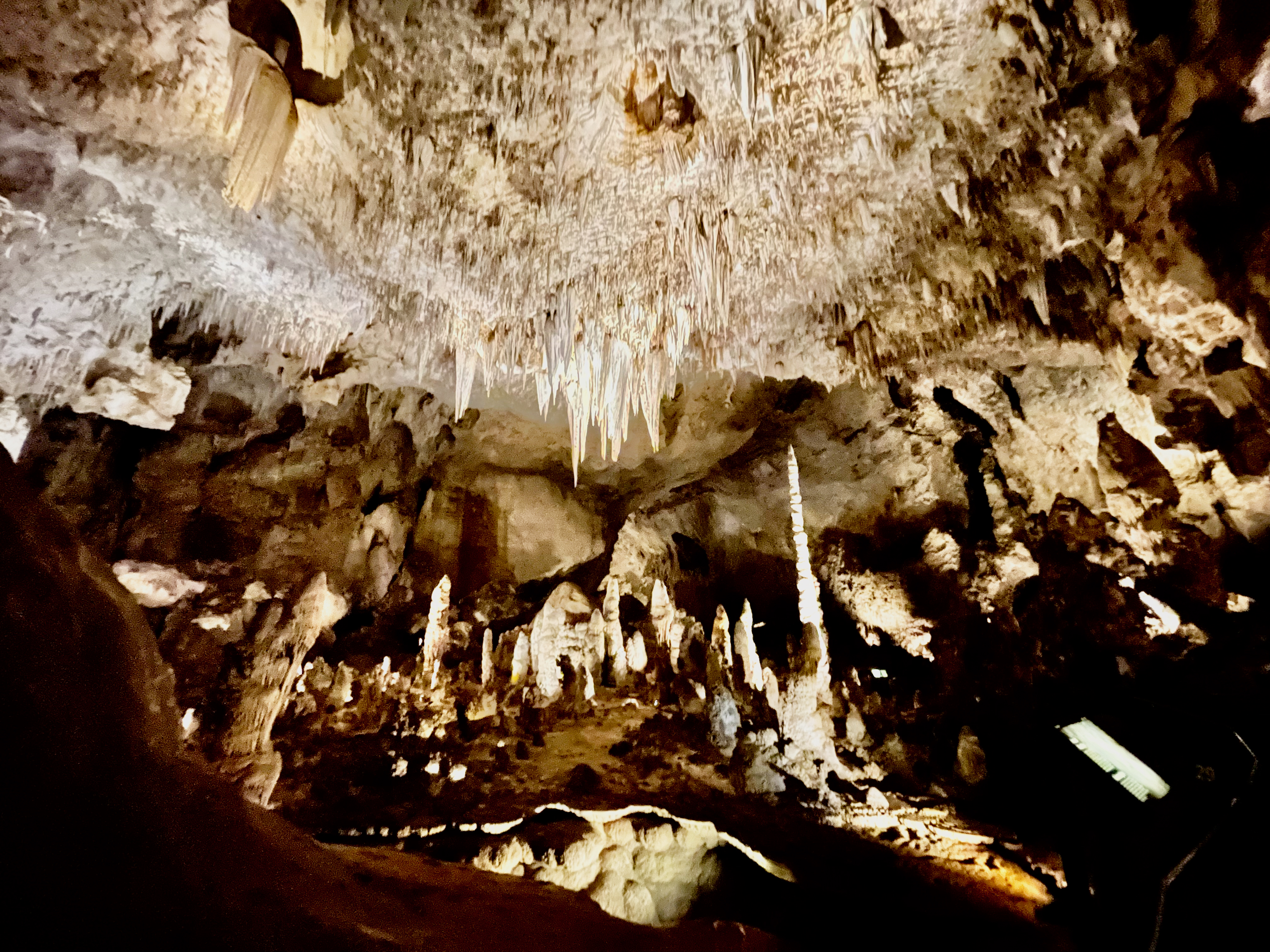 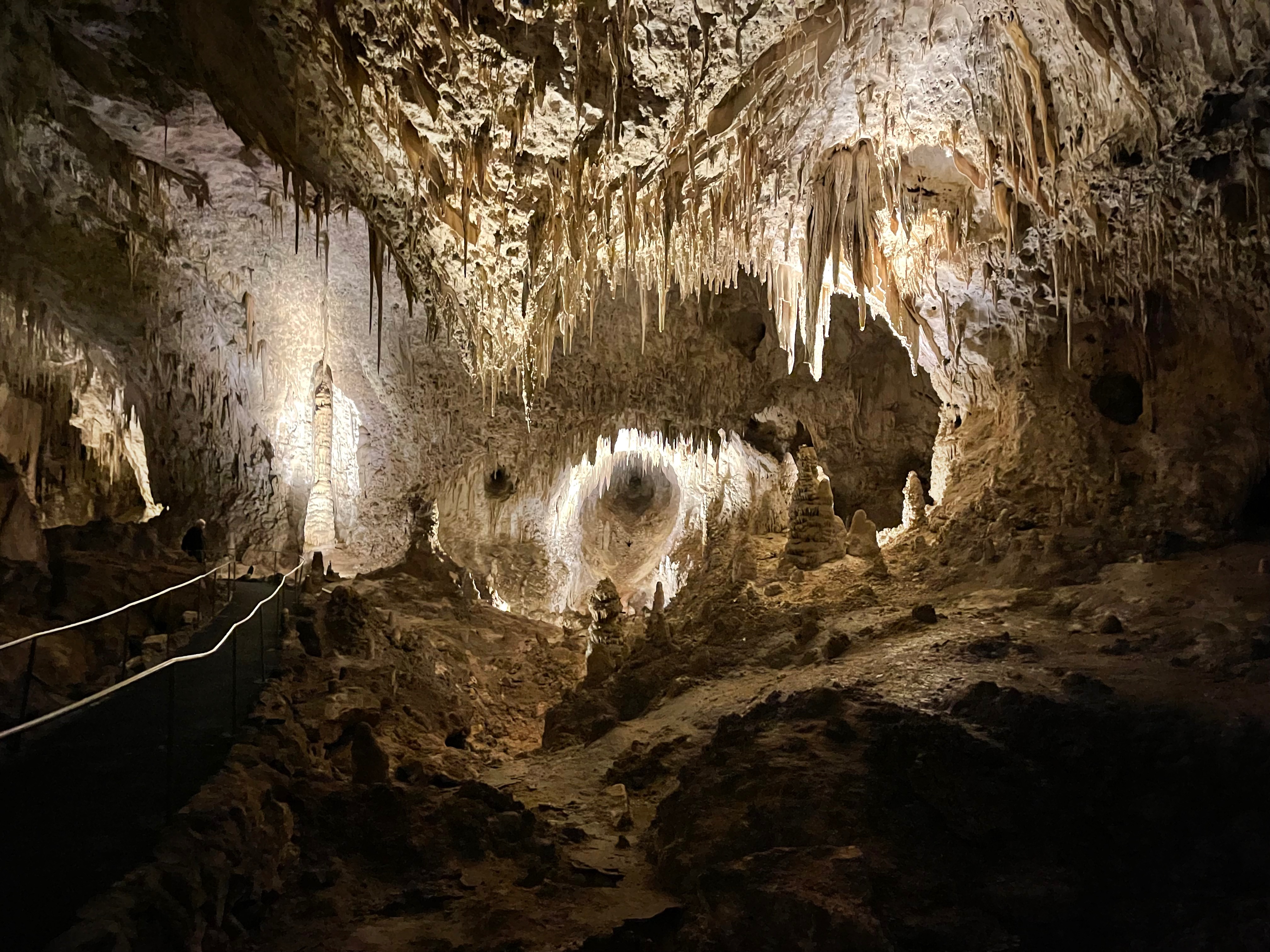 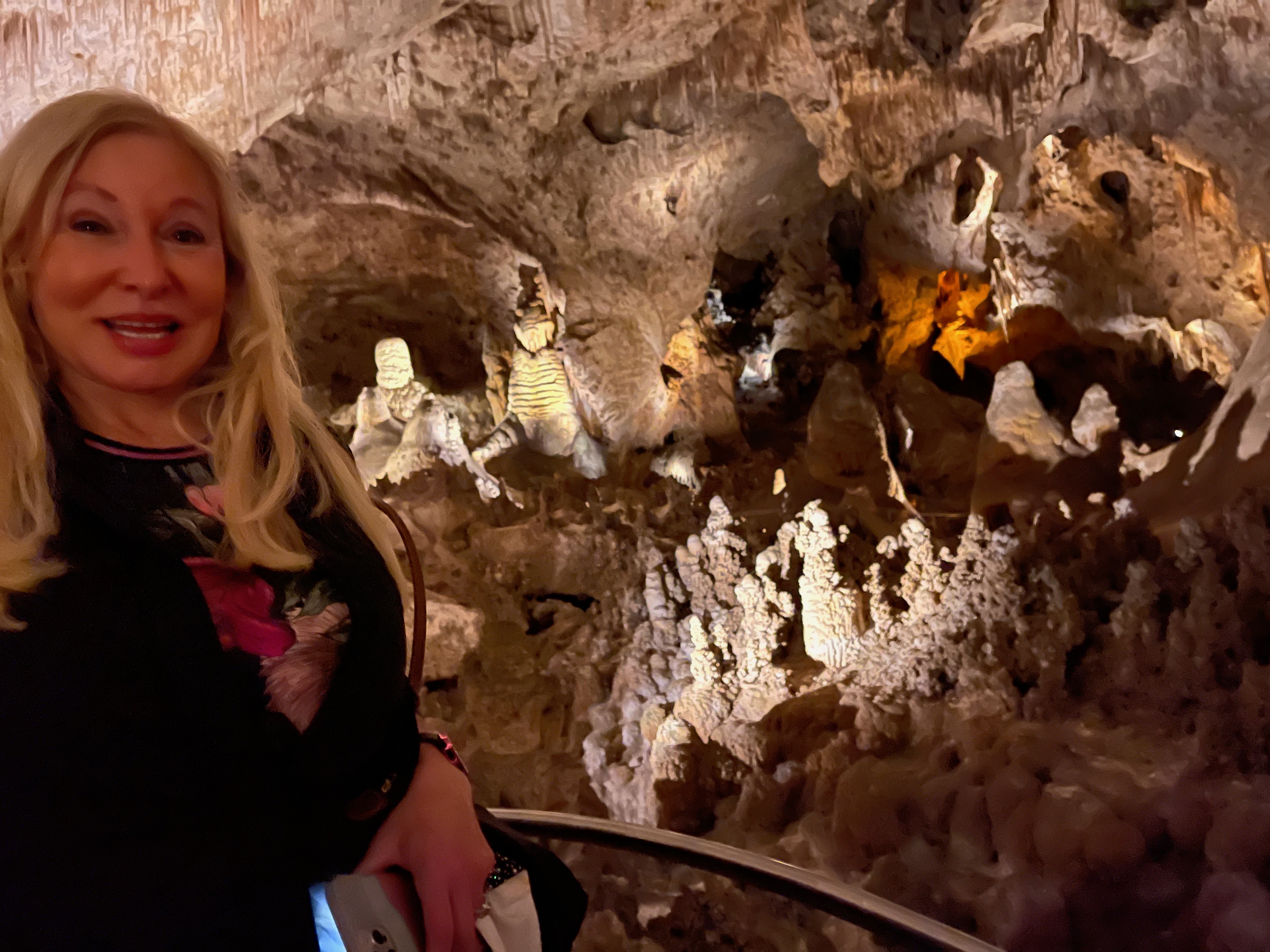 Barry’s simple cave geology – Rainwater seeps through cracks in the rock becoming acidic and causing mineral deposits. Stalactites (T for top) grow from the top and stalagmites to grow from the ground (G for ground). 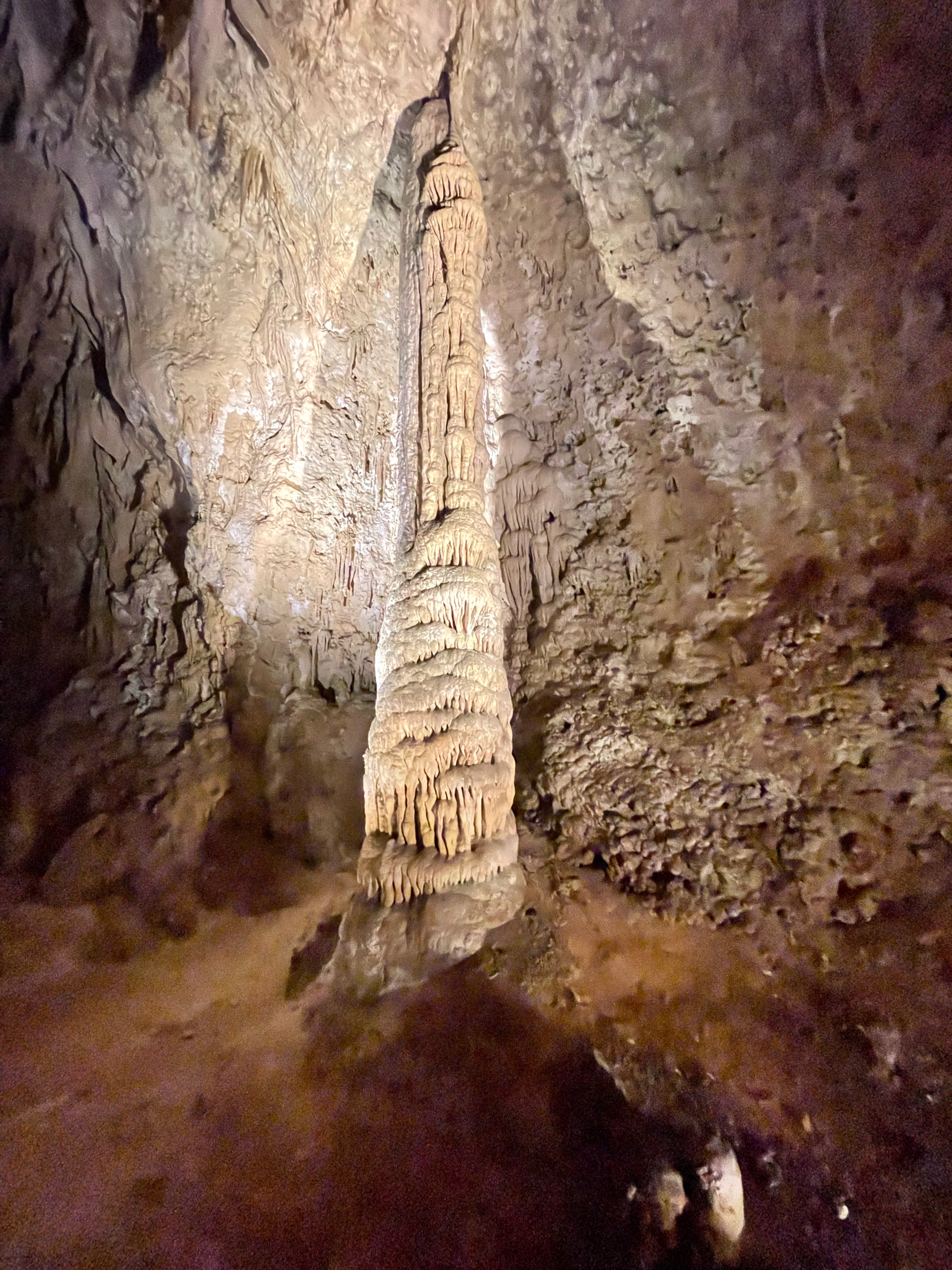 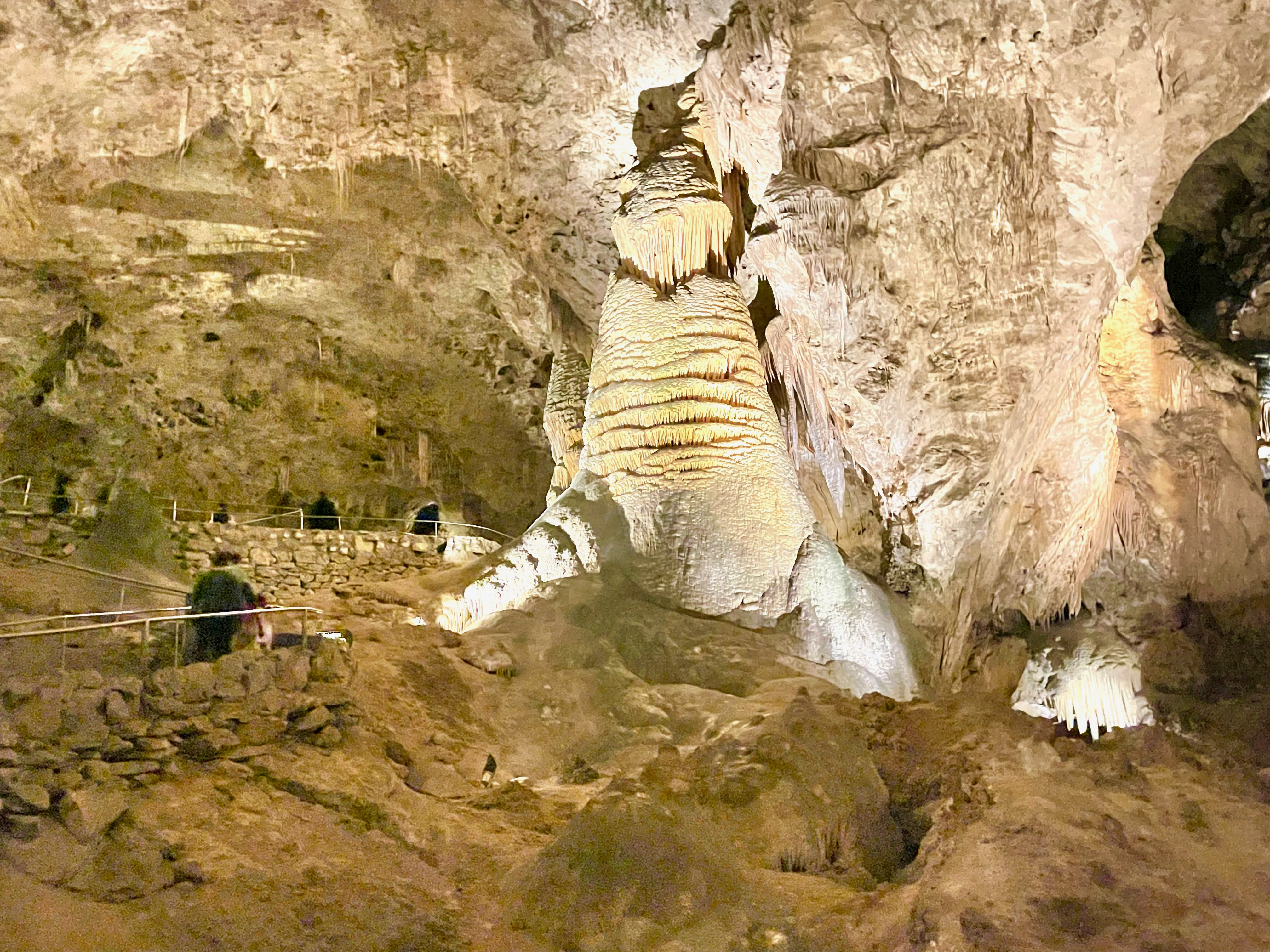 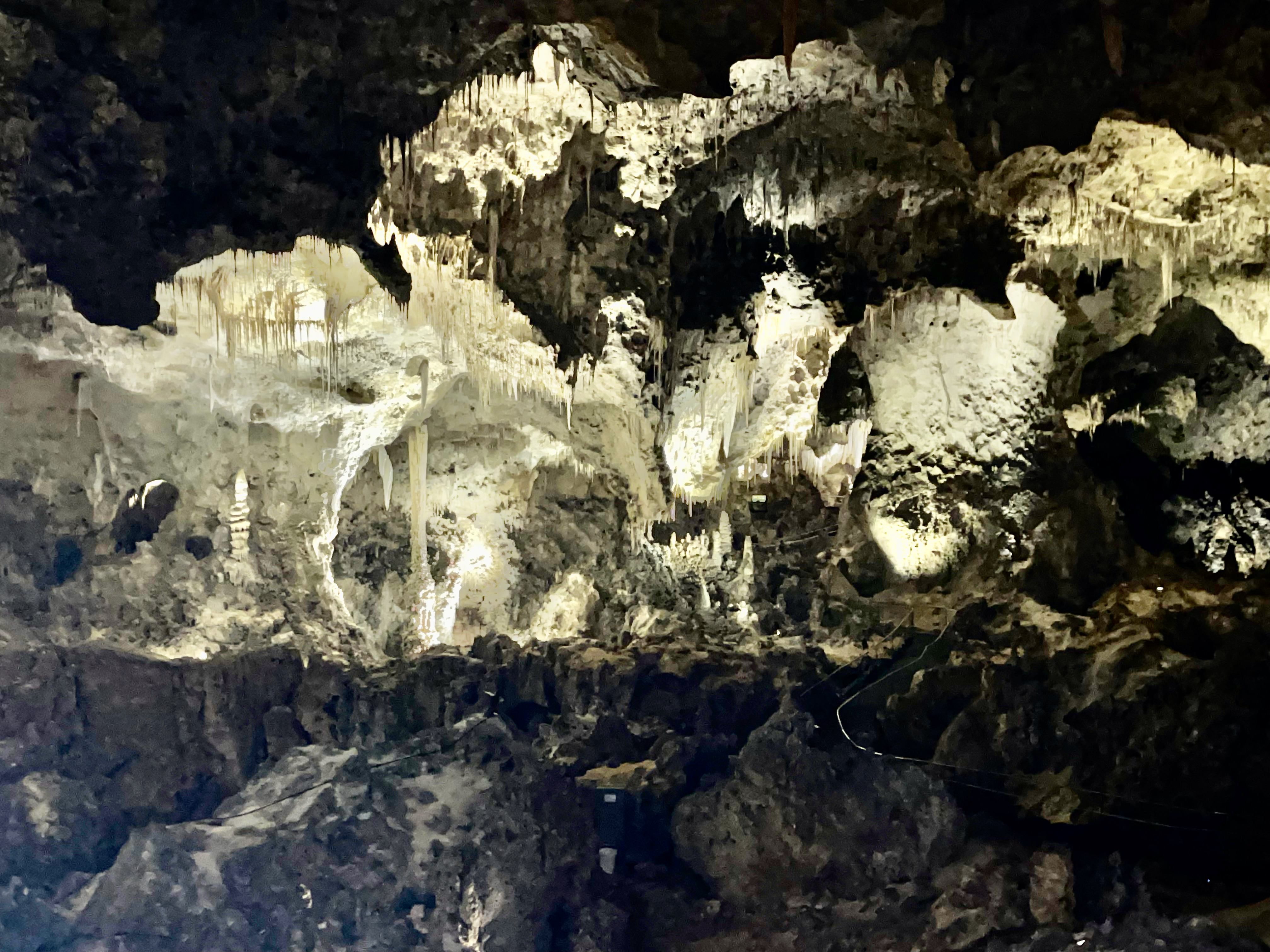 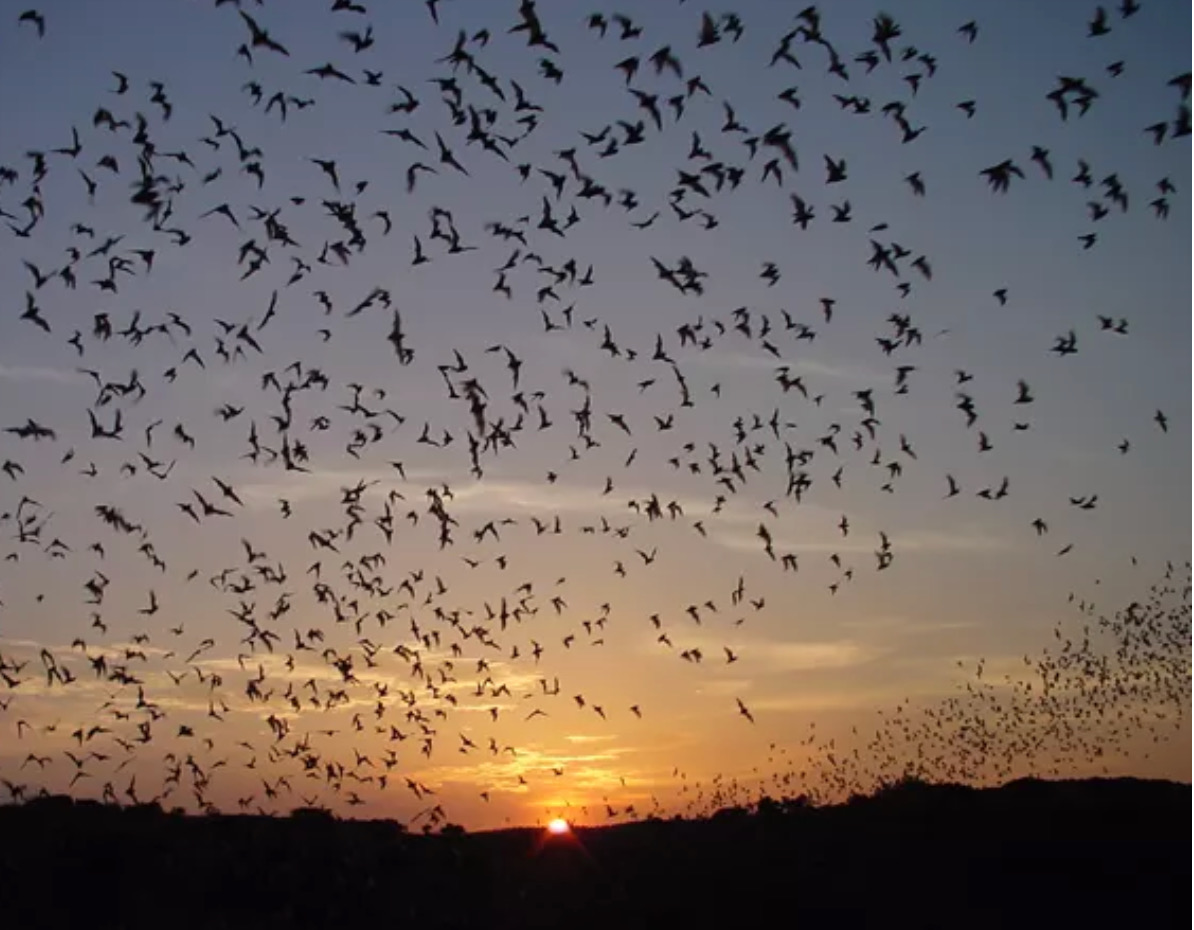 300,000 bats live in an adjacent area much of the year. Since they leave in October, we missed them but apparently the whole bunch of them fly out nightly causing quite a spectacular show. Obviously, I didn’t take this photo.

And, yes, the bats are safe.