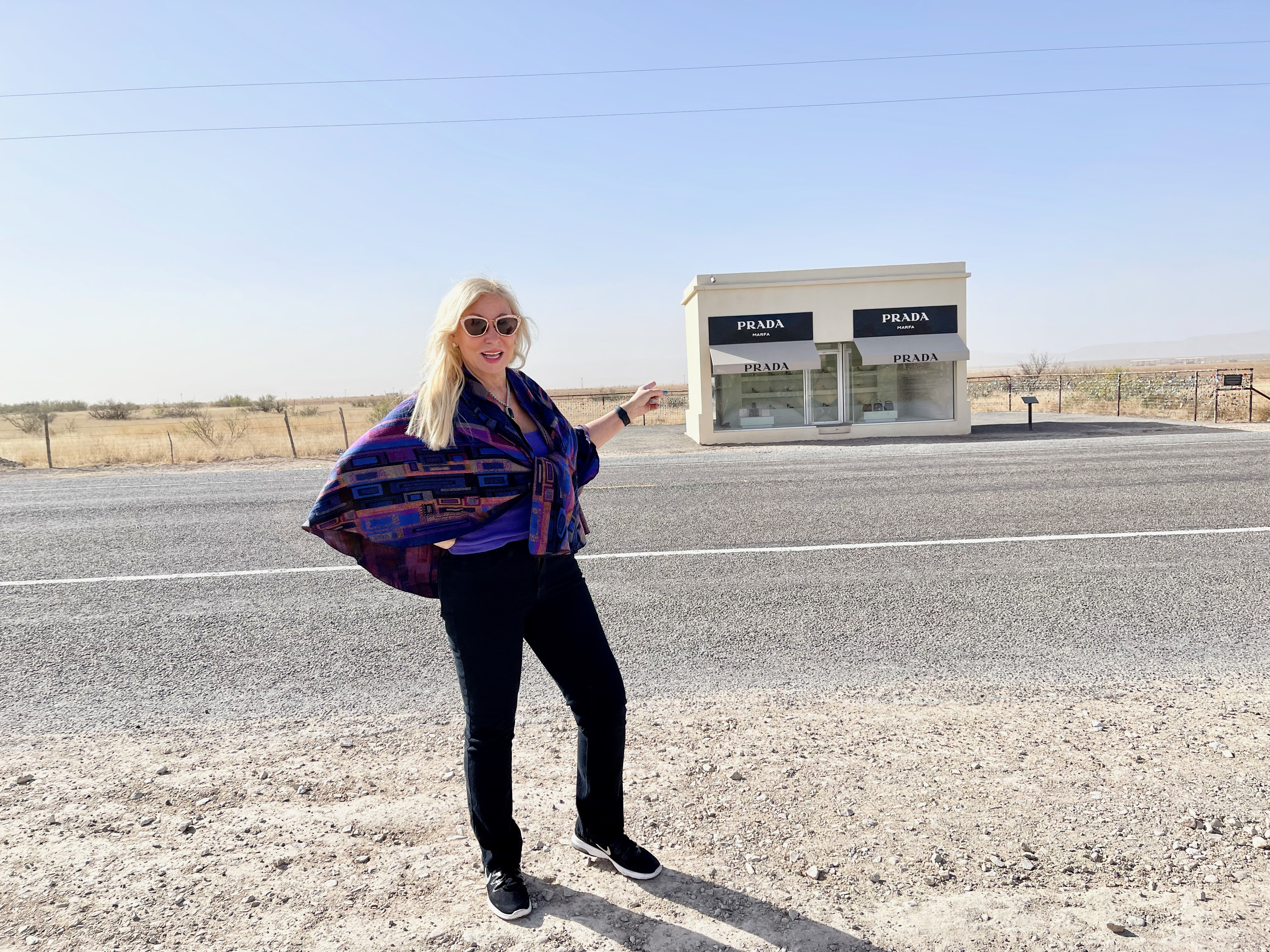 You may think this is crazy to have a Prada store in the middle of Far West Texas. It would be, but it is actually just art and, that alone, is crazy enough out in the middle of nowhere. It isn’t even in Marfa which is 30 miles away.

I have wanted to see Prada Marfa for years and it was actually the impetus for this trip. It is fabulous. 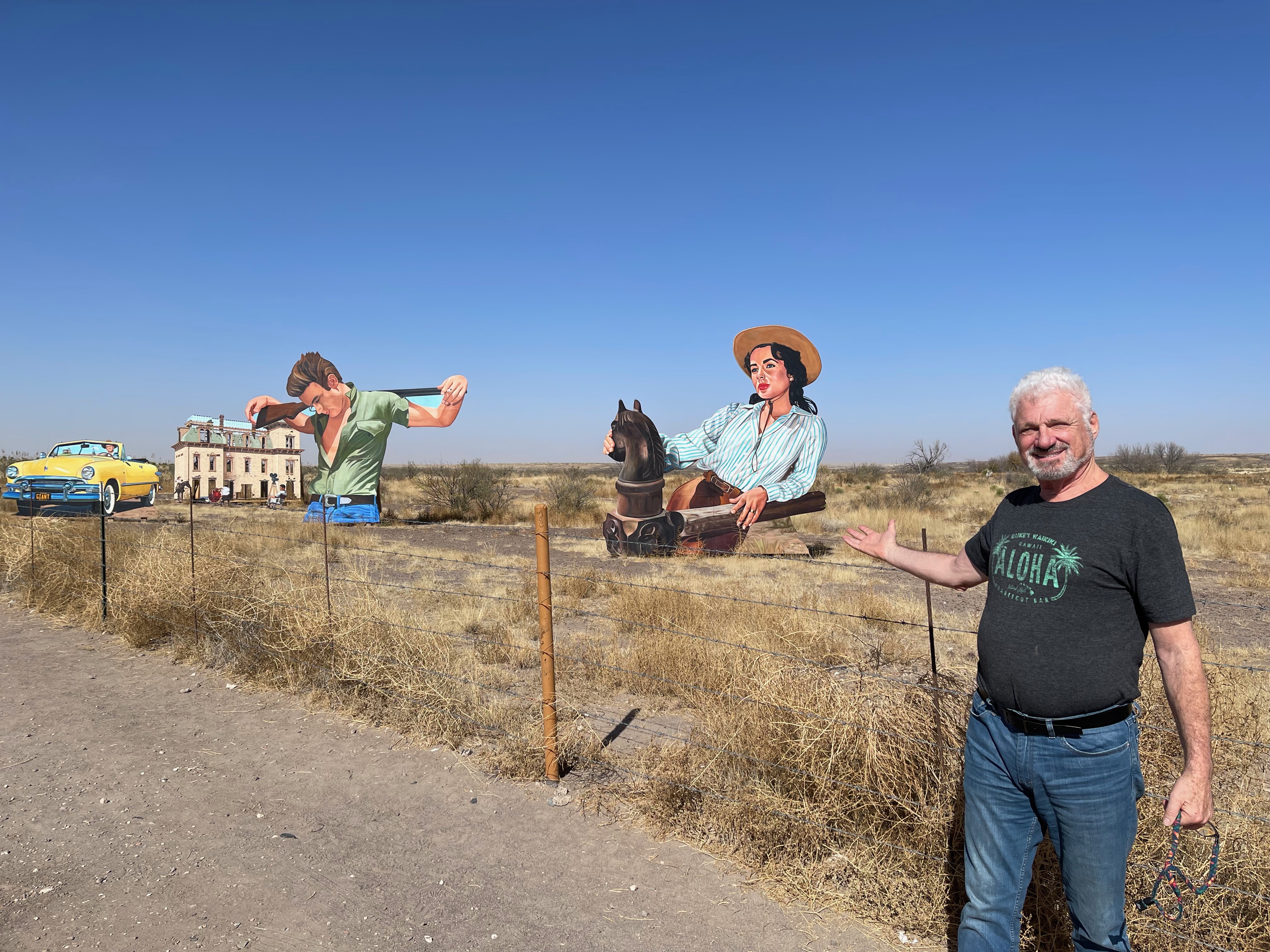 Farther down the road is the Giant Mural, honoring the 1956 movie Giant starring Elizabeth Taylor, James Dean, and Rock Hudson.  It was filmed here. 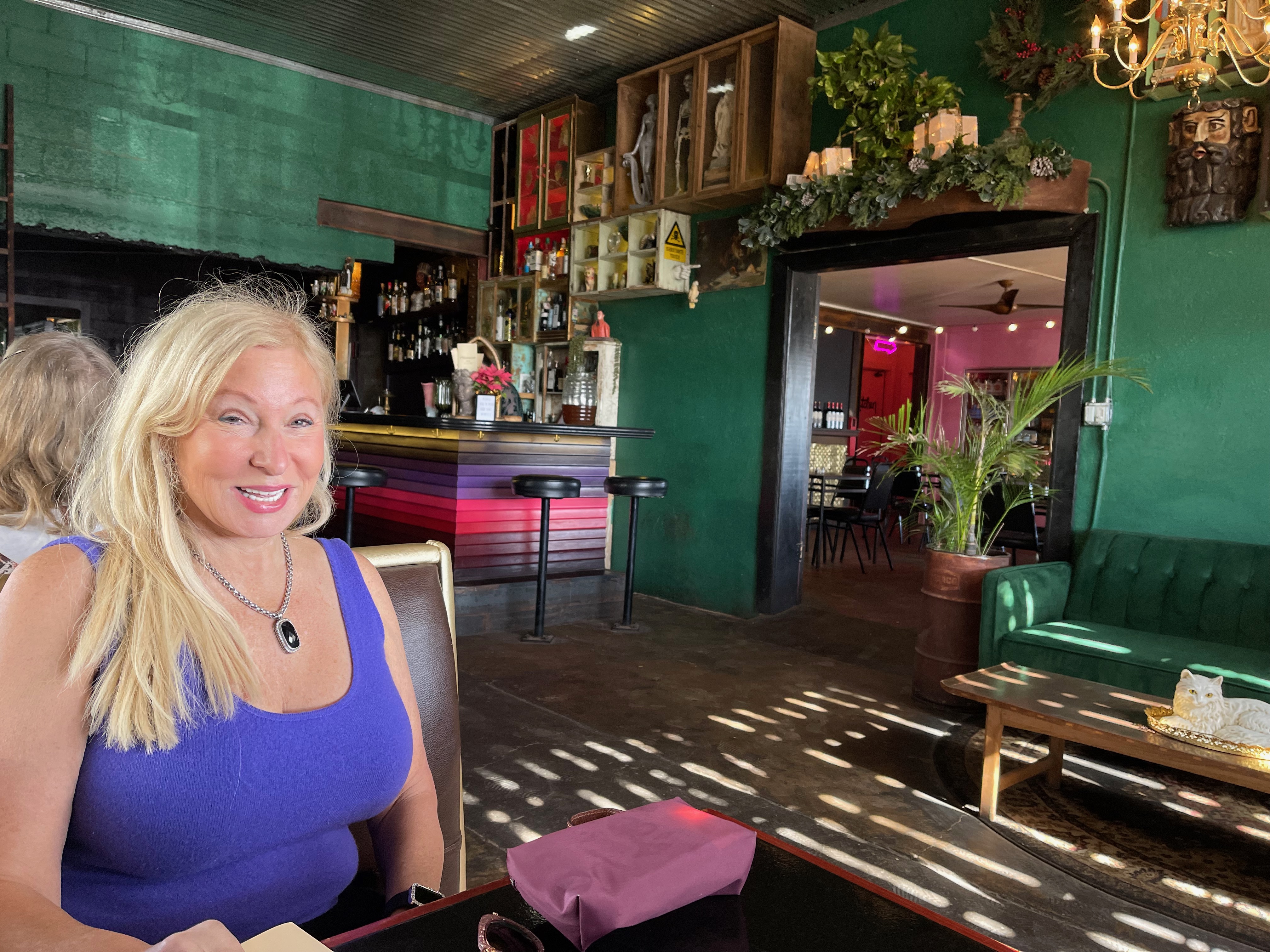 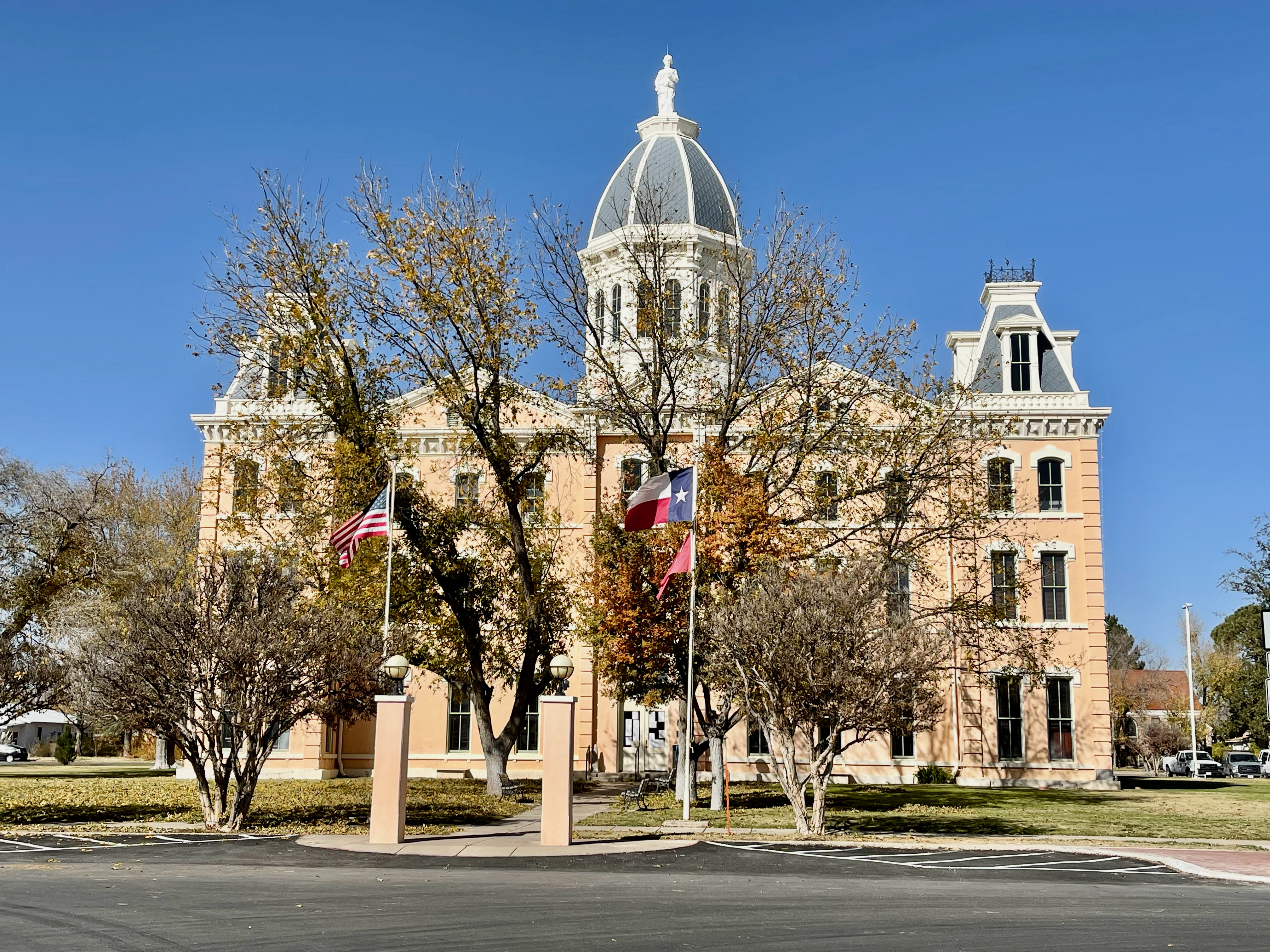 Marfa is known for its artsiness. Unfortunately, it is mostly closed on Mondays. We enjoyed a local lunch, walked around a bit, and were quite impressed with their courthouse. 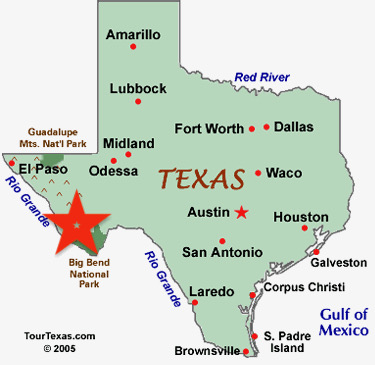 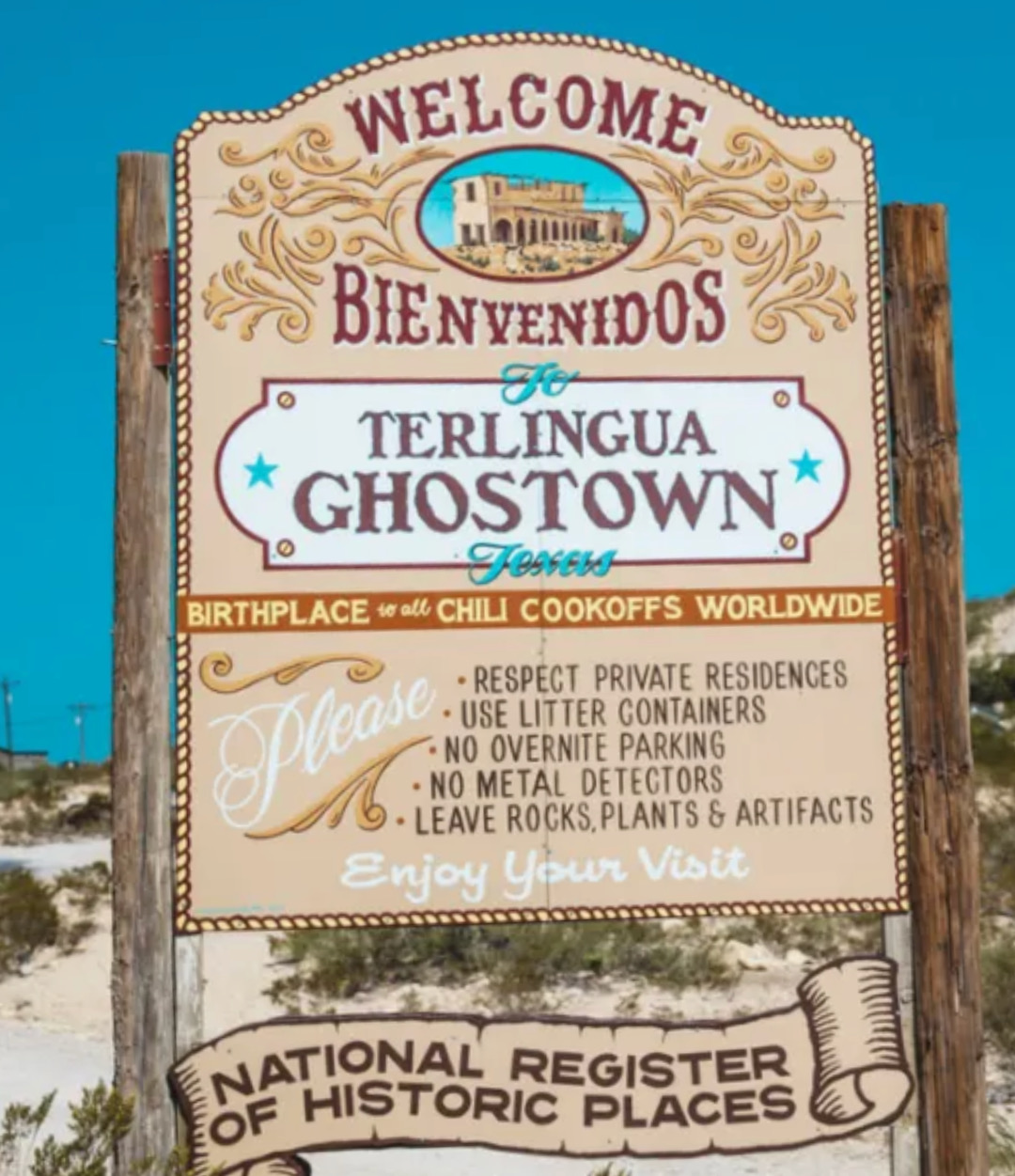 Deep in Far West Texas, about 12 miles from the Rio Grande and the Mexican border, lies Terlingua, yet another tourist town,

Terlingua is a known as the “Chili Capitol of the World” and is famous for its annual chili cook-off.

It was founded as a quicksilver mining town in the 1880s, but the mines (and town) were abandoned by 1942—rendering it a bona fide ghost town. 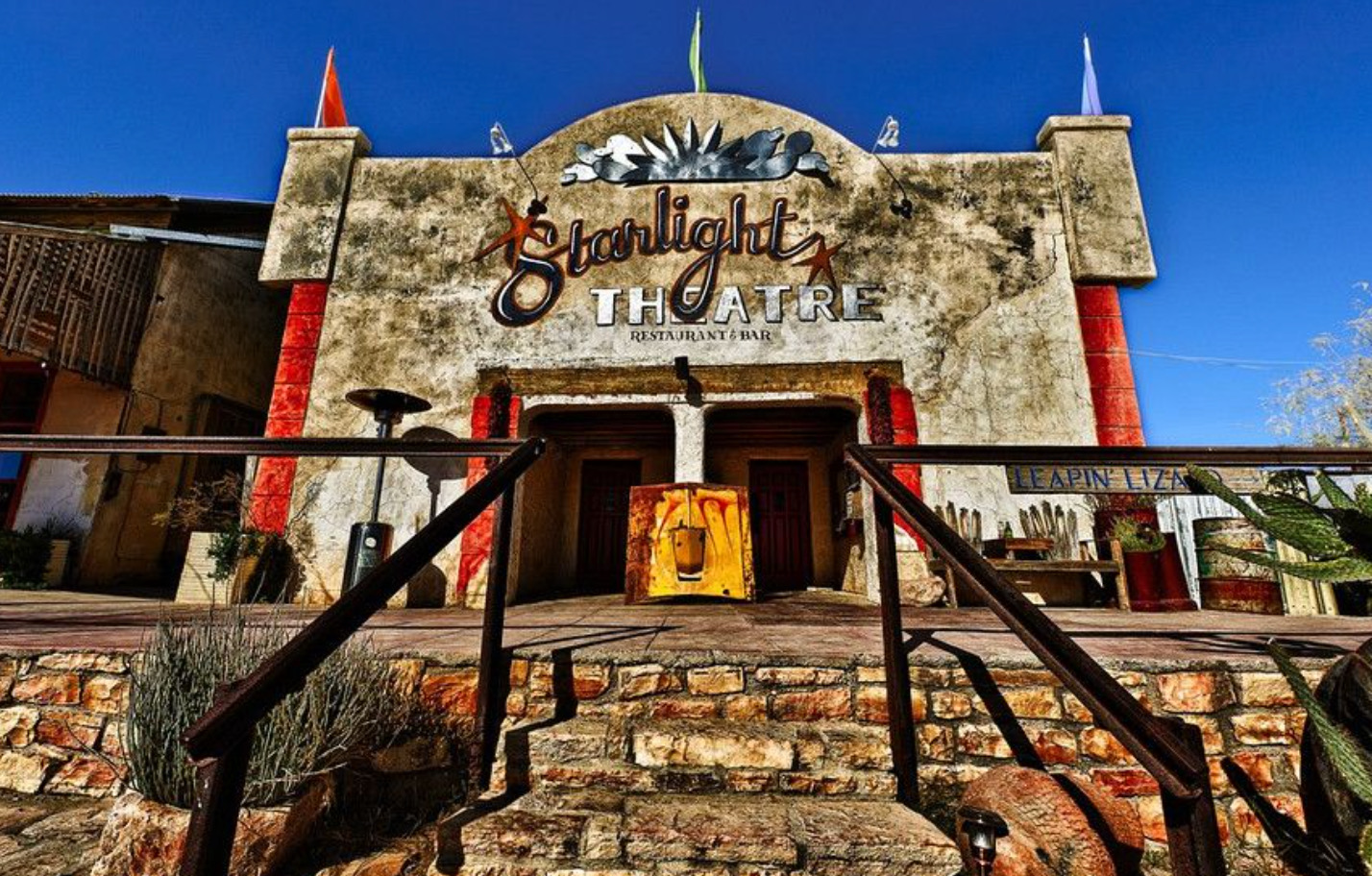 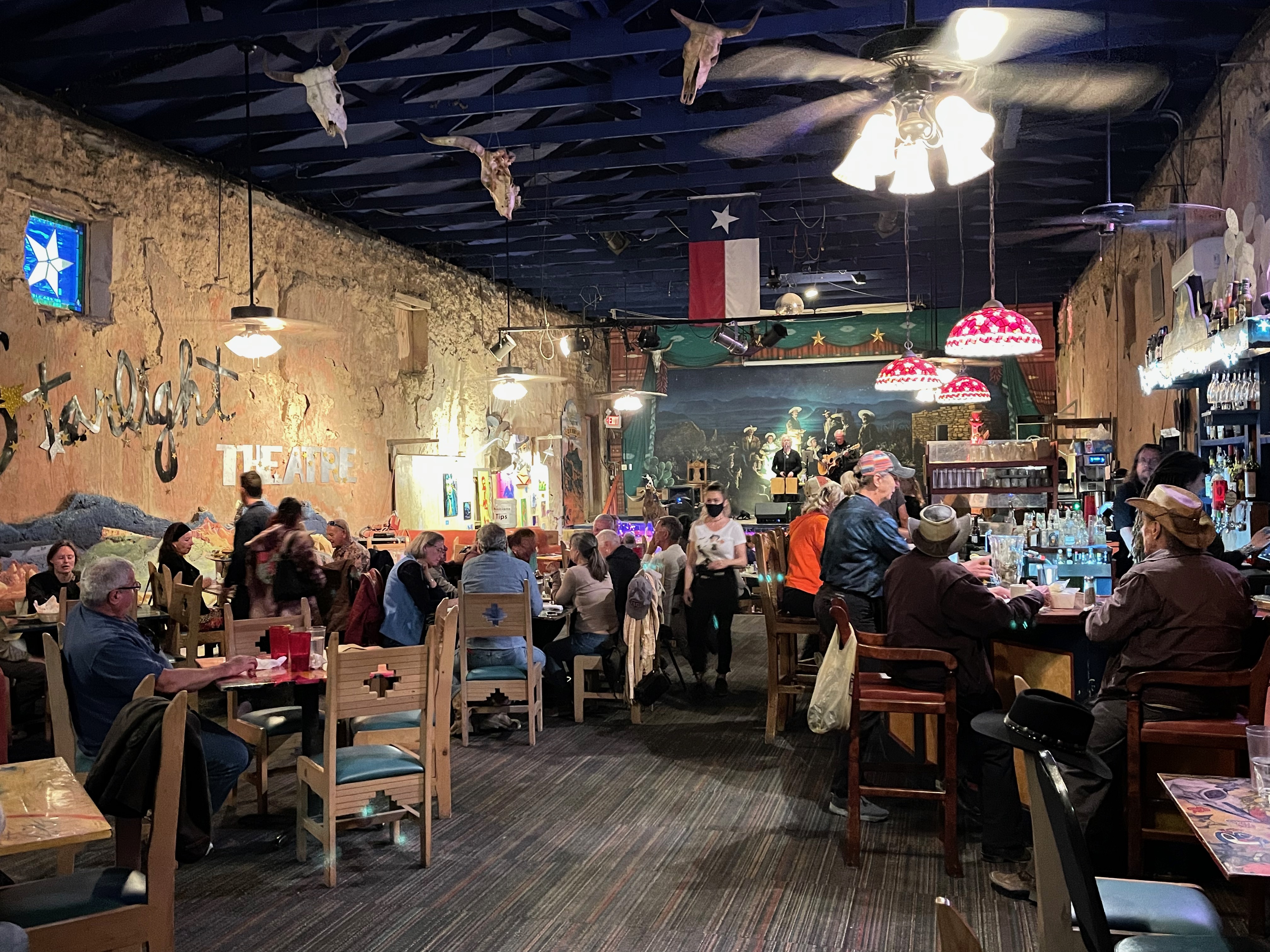 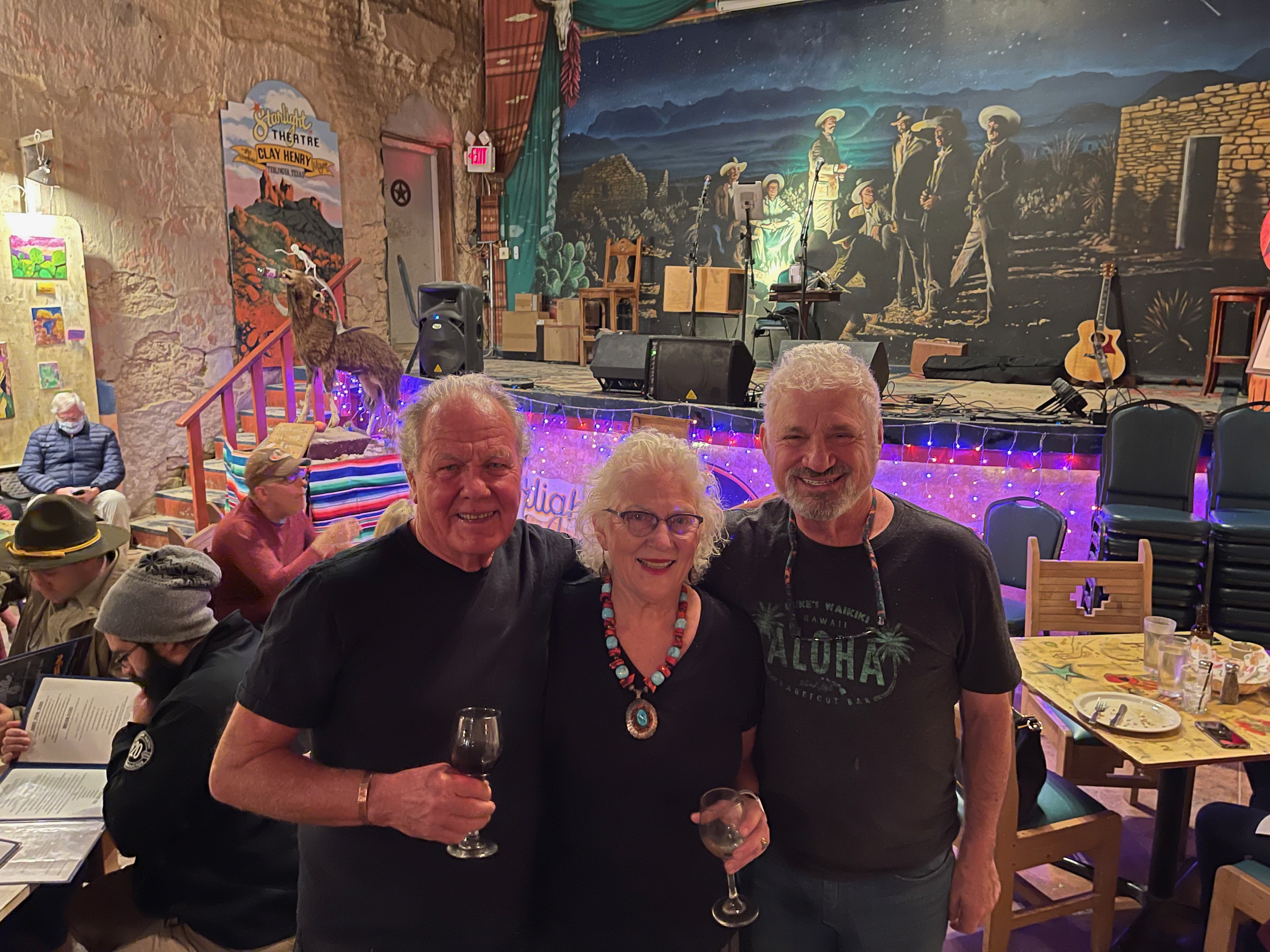 We decided to have dinner at the Starlight Theatre mainly because it was open as opposed to other places here on a Monday night. We walked in and knew we made the right decision. When Alex and Marni Whitmore performed, we were absolutely shocked at how high end it was. I mean they are my vintage.

Testing my food venture side, I went for the Texas antelope burger. I prefer beef or bison. 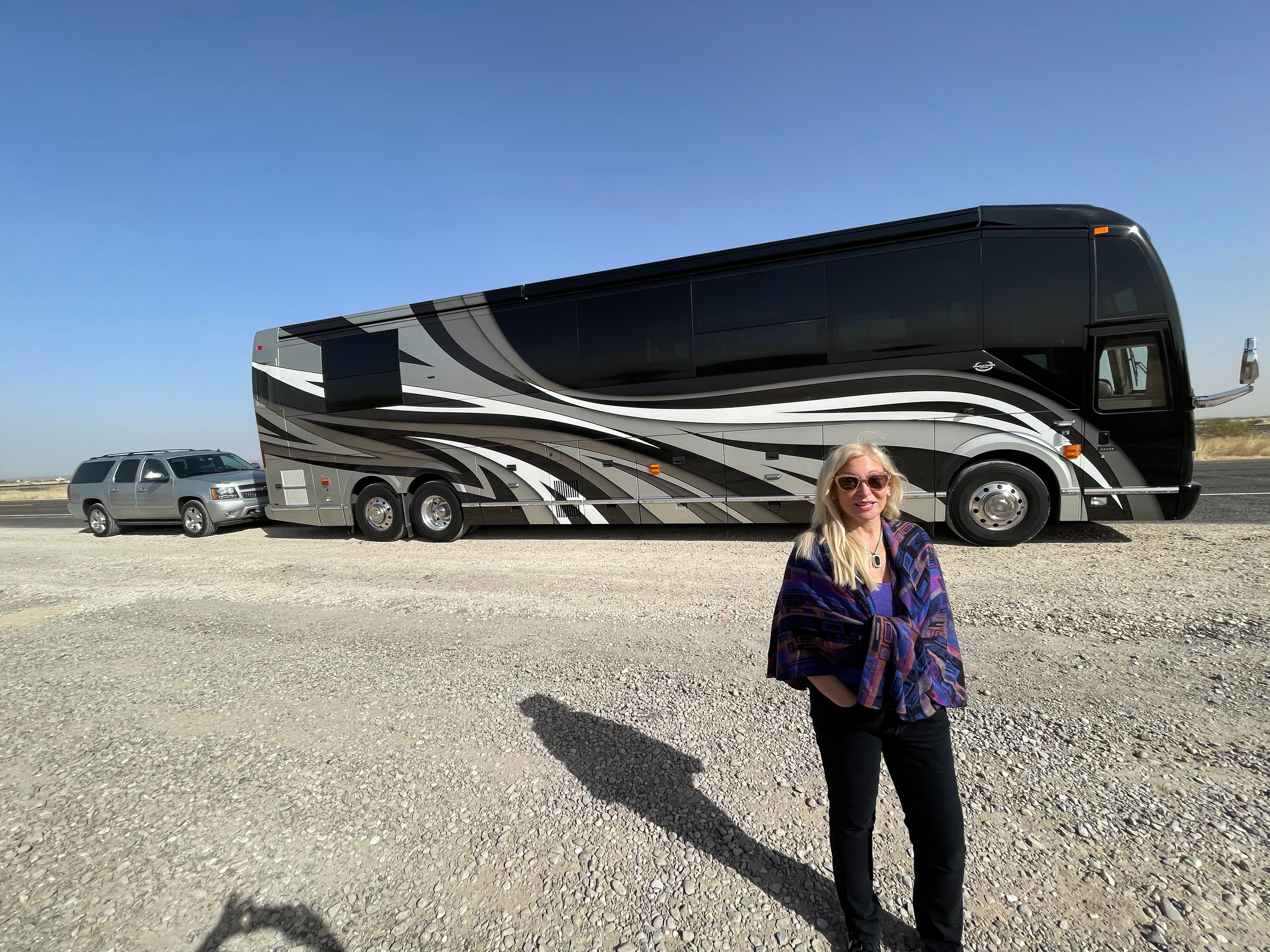 This is the RV and car we are roadtripping in for 41 days. I’ll show inside at a later date.