St Lucia, an island nation, is a volcanic island which explains why it is more mountainous that most Caribbean Islands. We spent the morning in the rain forest. 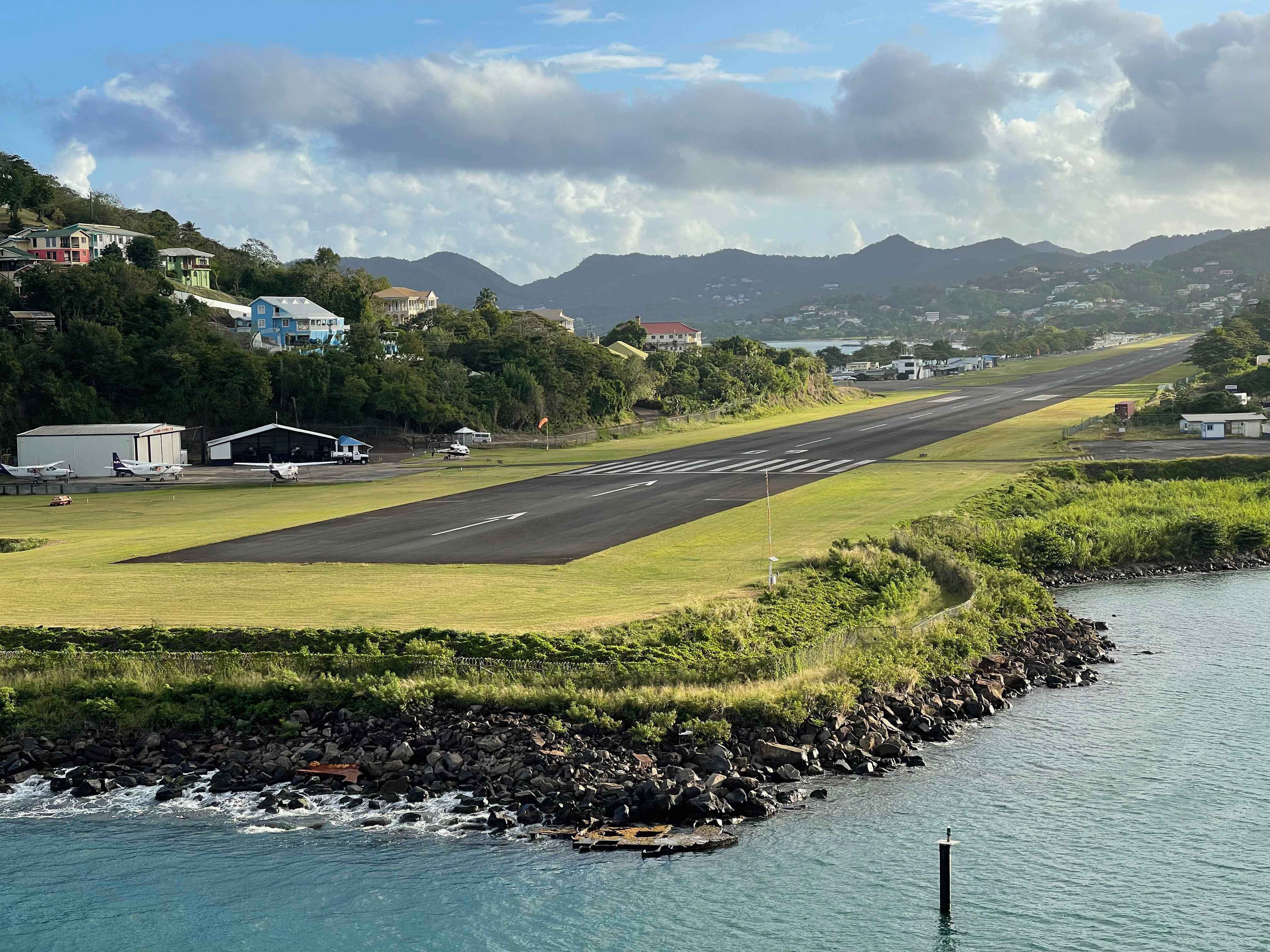 Coming in this morning we passed their old well maintained airport It is only used inter island these days. 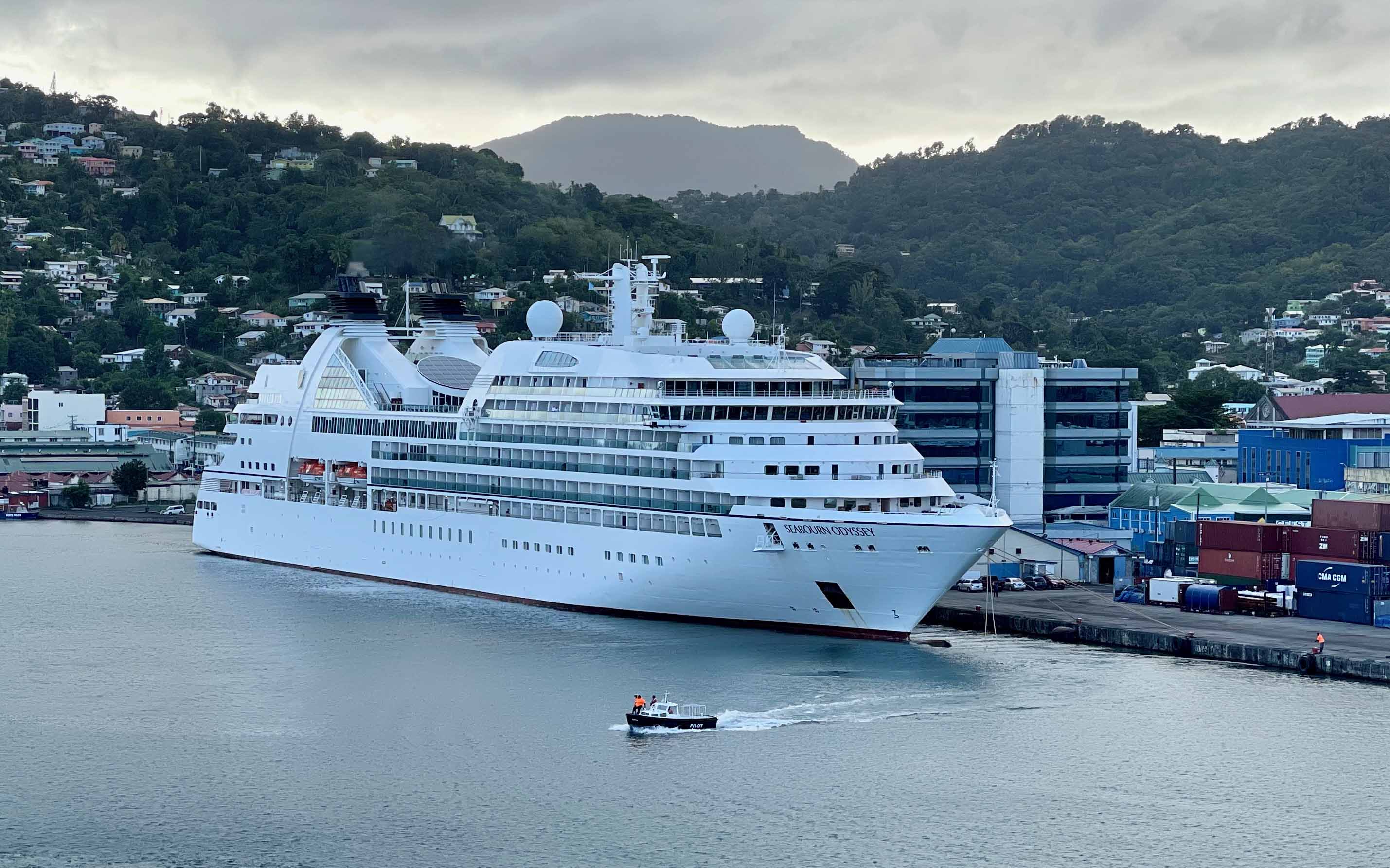 The Seabourn Odyssey is here today. It is about half our size and capacity. Allyn and I cruised on it about 10 years ago when it was quite new. It is a beauty. 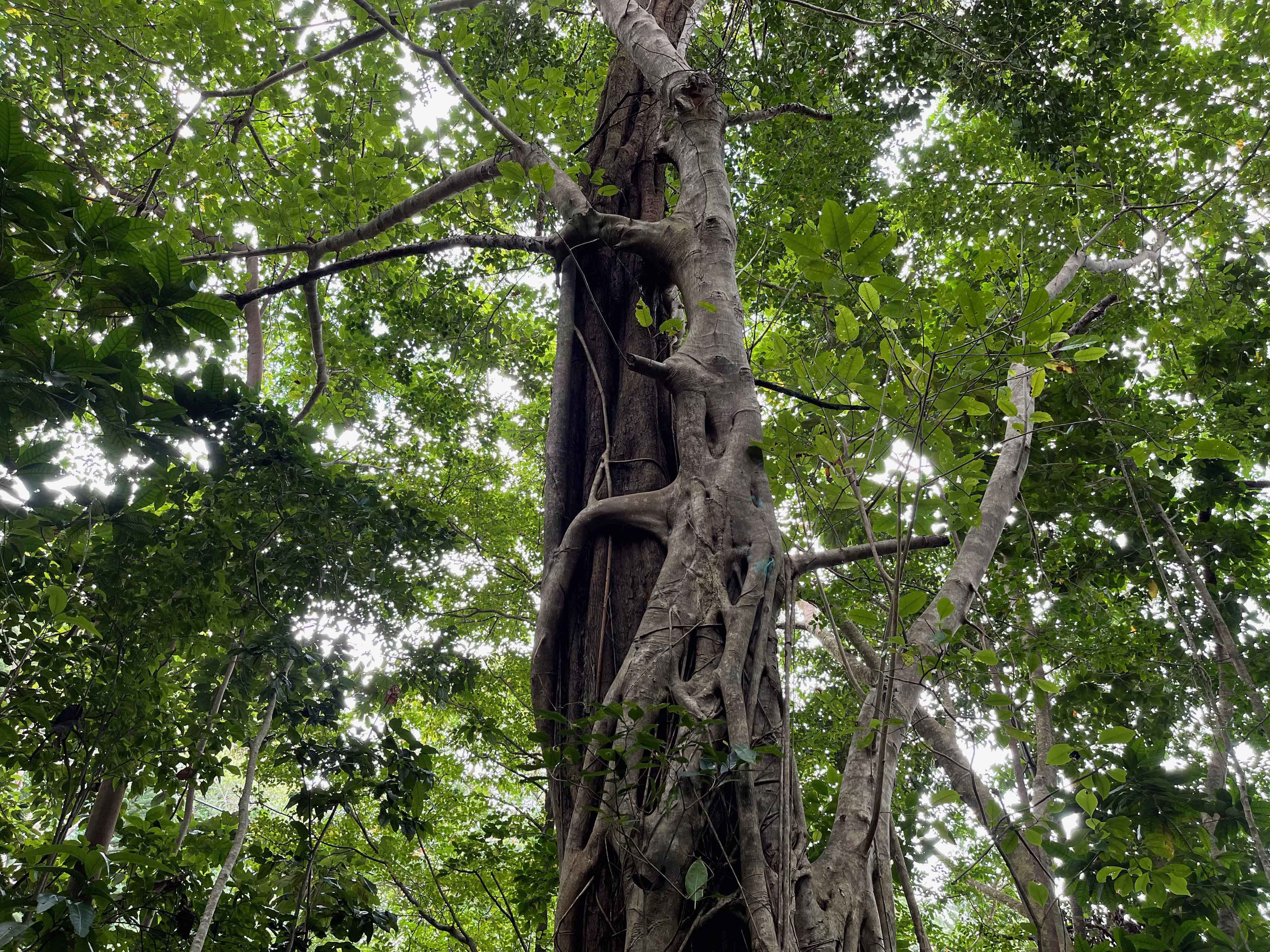 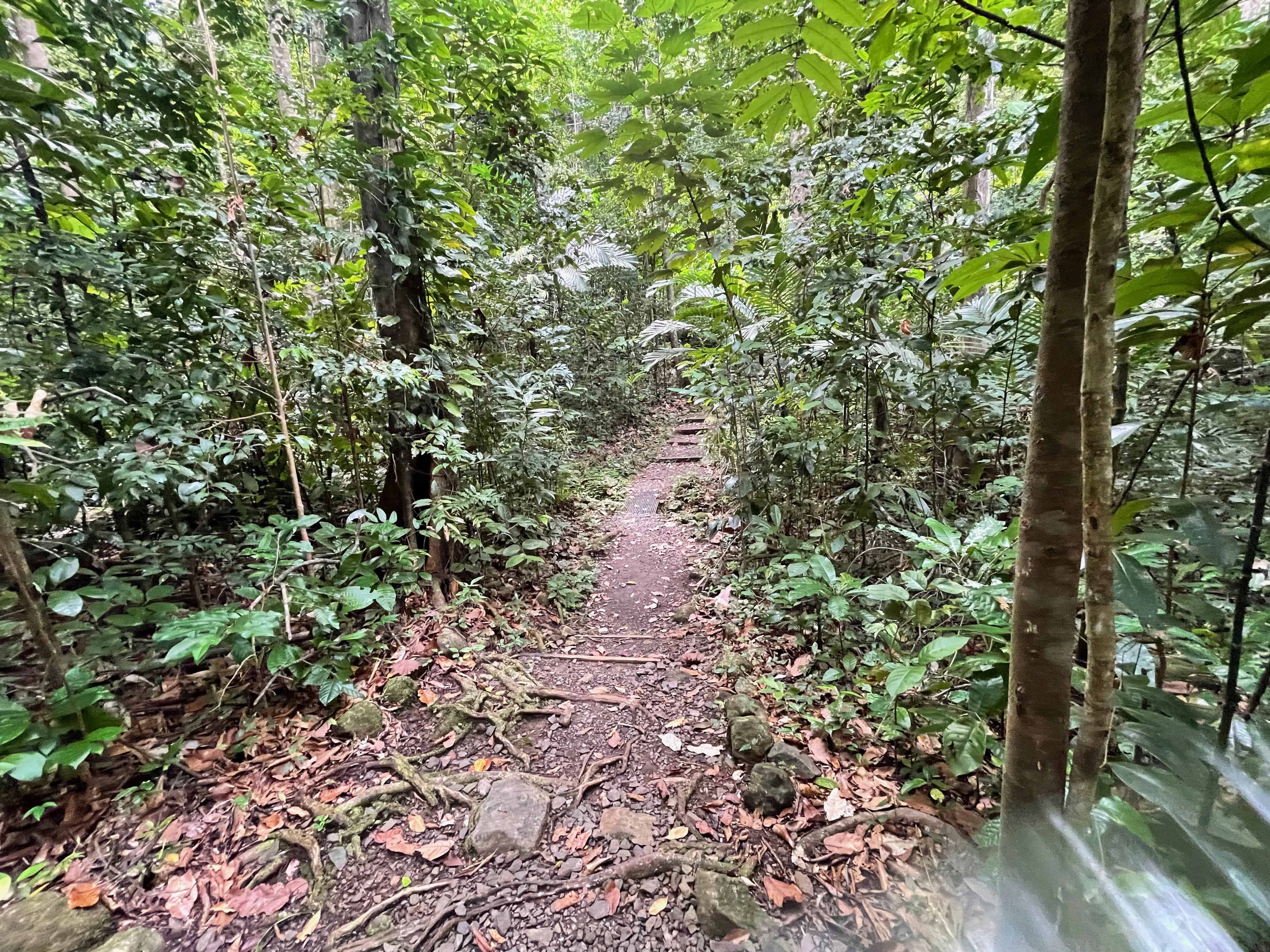 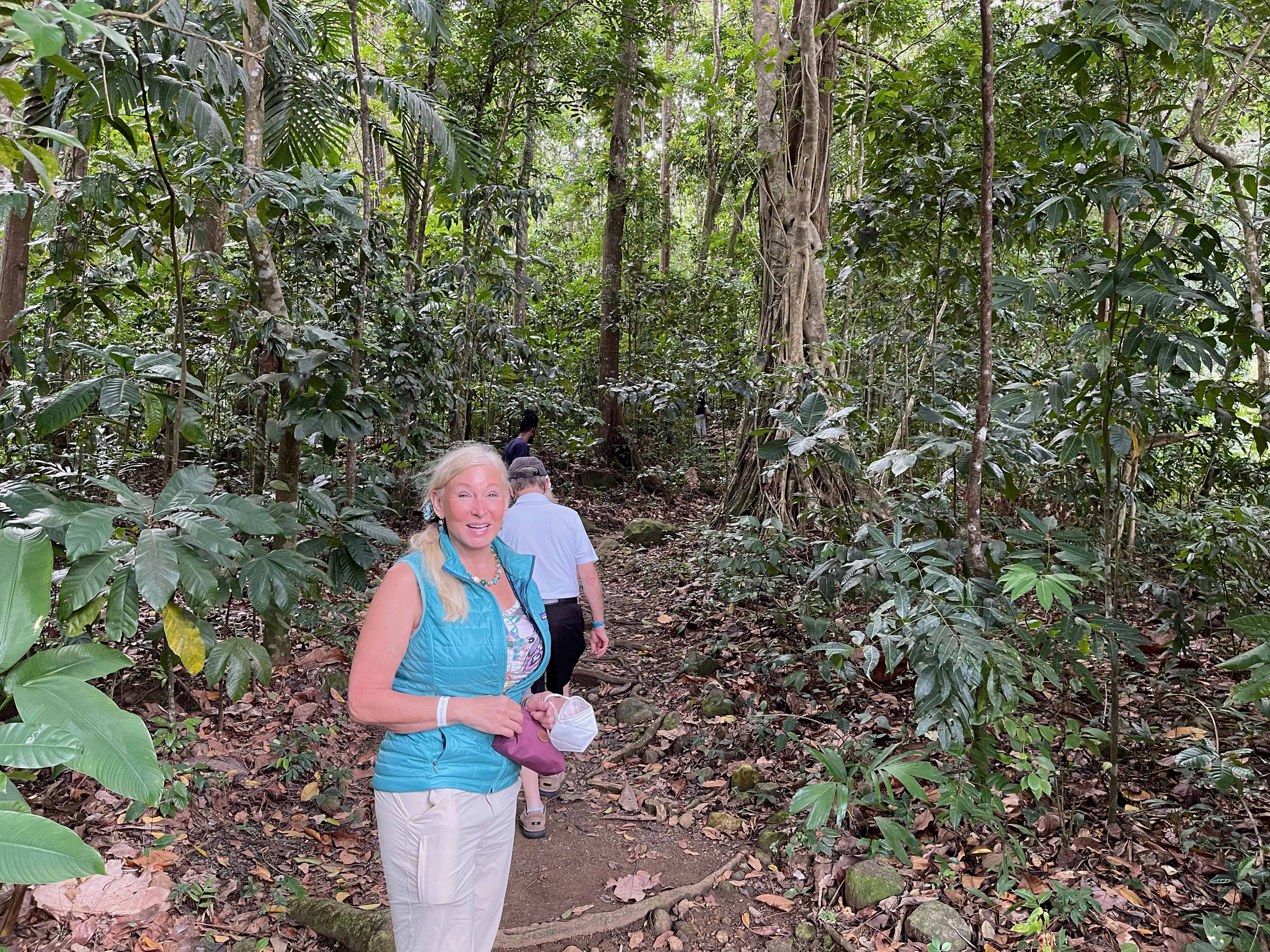 We visited the rainforest, starting with a guided hike. 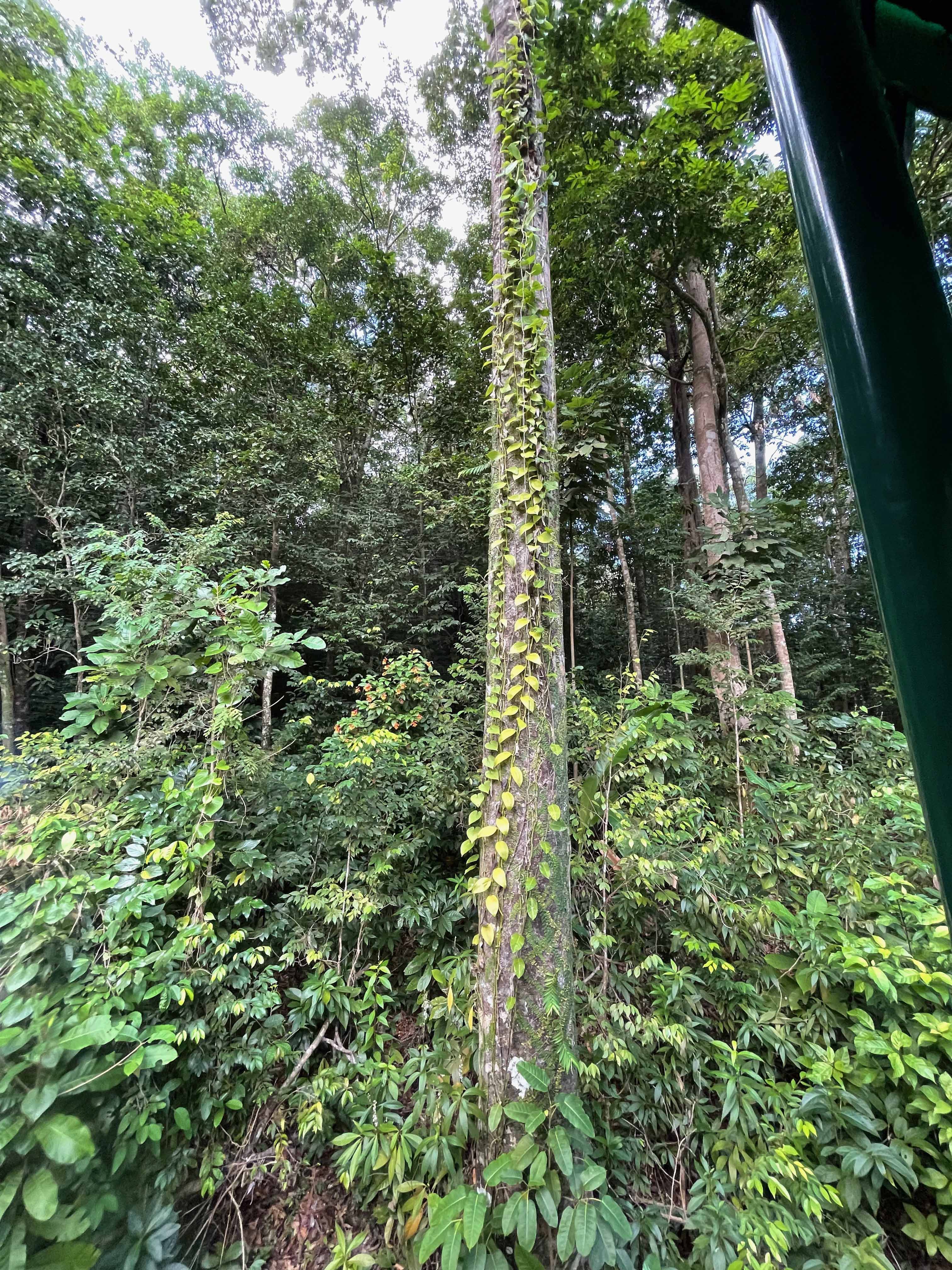 For example, this is a vanilla plant which will grow pods over four years. It takes 600 pods to make a gallon which partially explains why it is the second most expensive spice these days (after saffron). 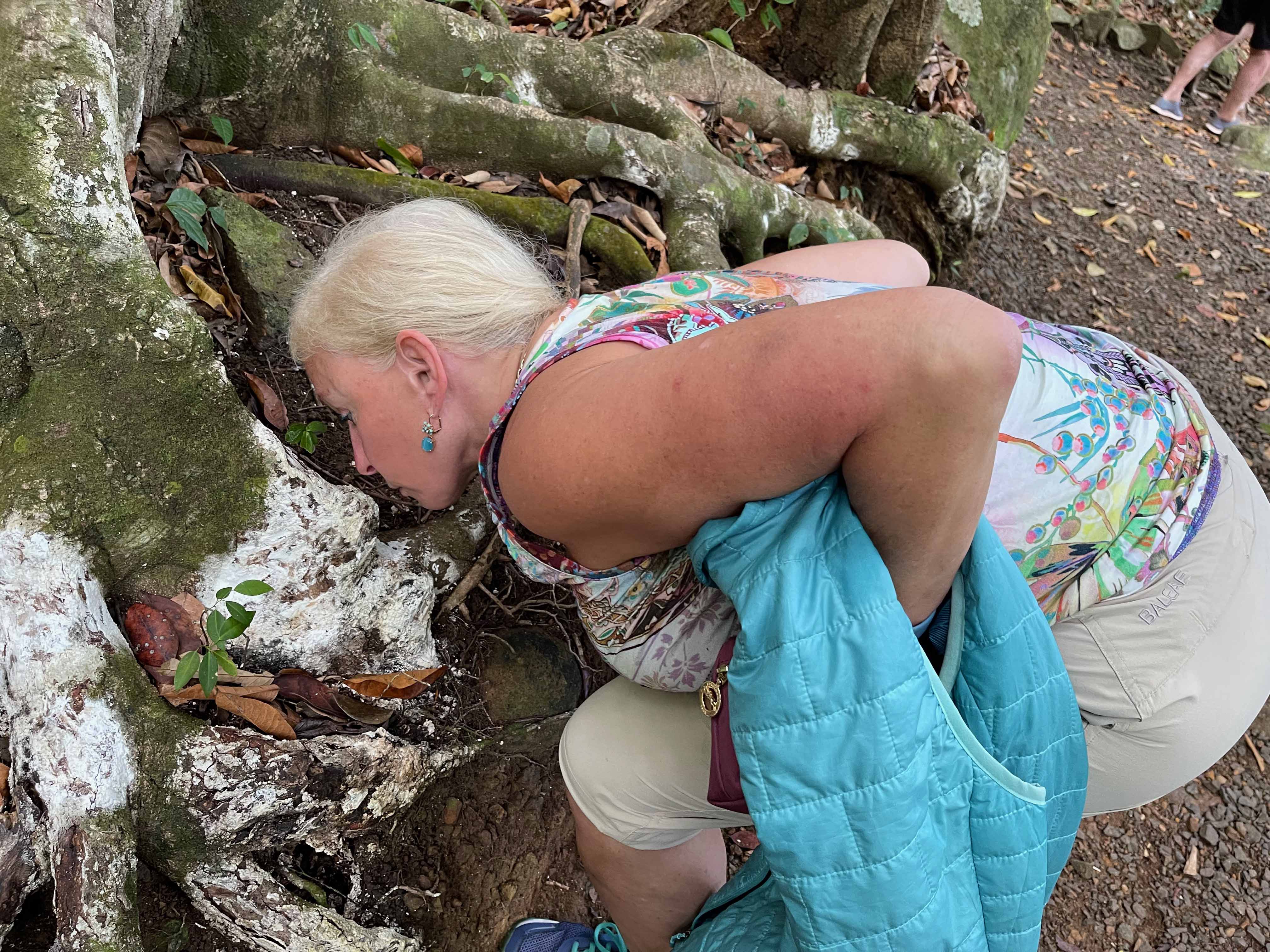 The white stuff from this tree is incense a la that which is used in churches. 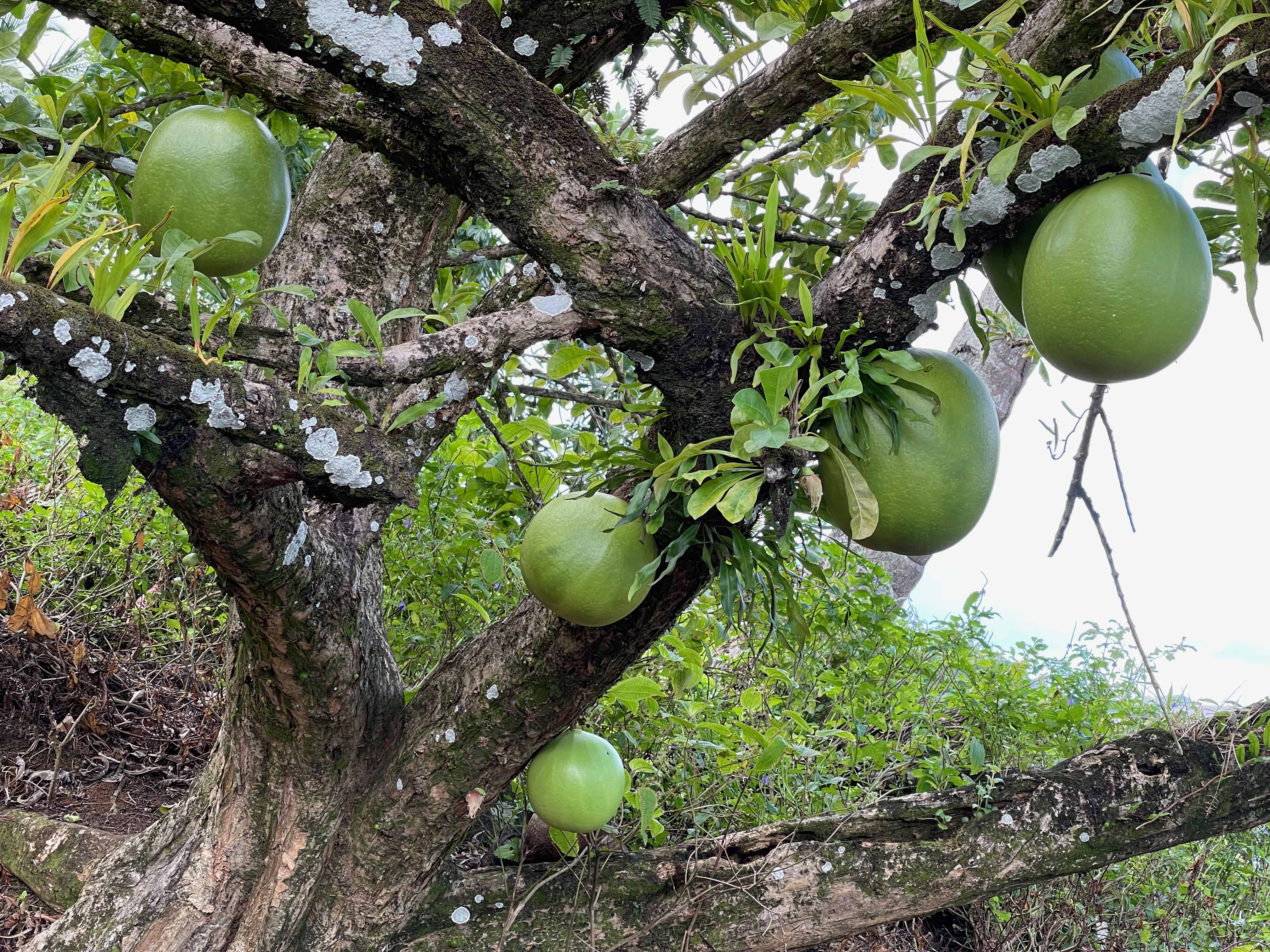 Although a fruit, the calabash is used for its hard gourd as a storage utensil. In 2010 we brought home a cora (stringed instrument) from Gambia, West Africa. Its body was made from calabash. Click here for that blog. 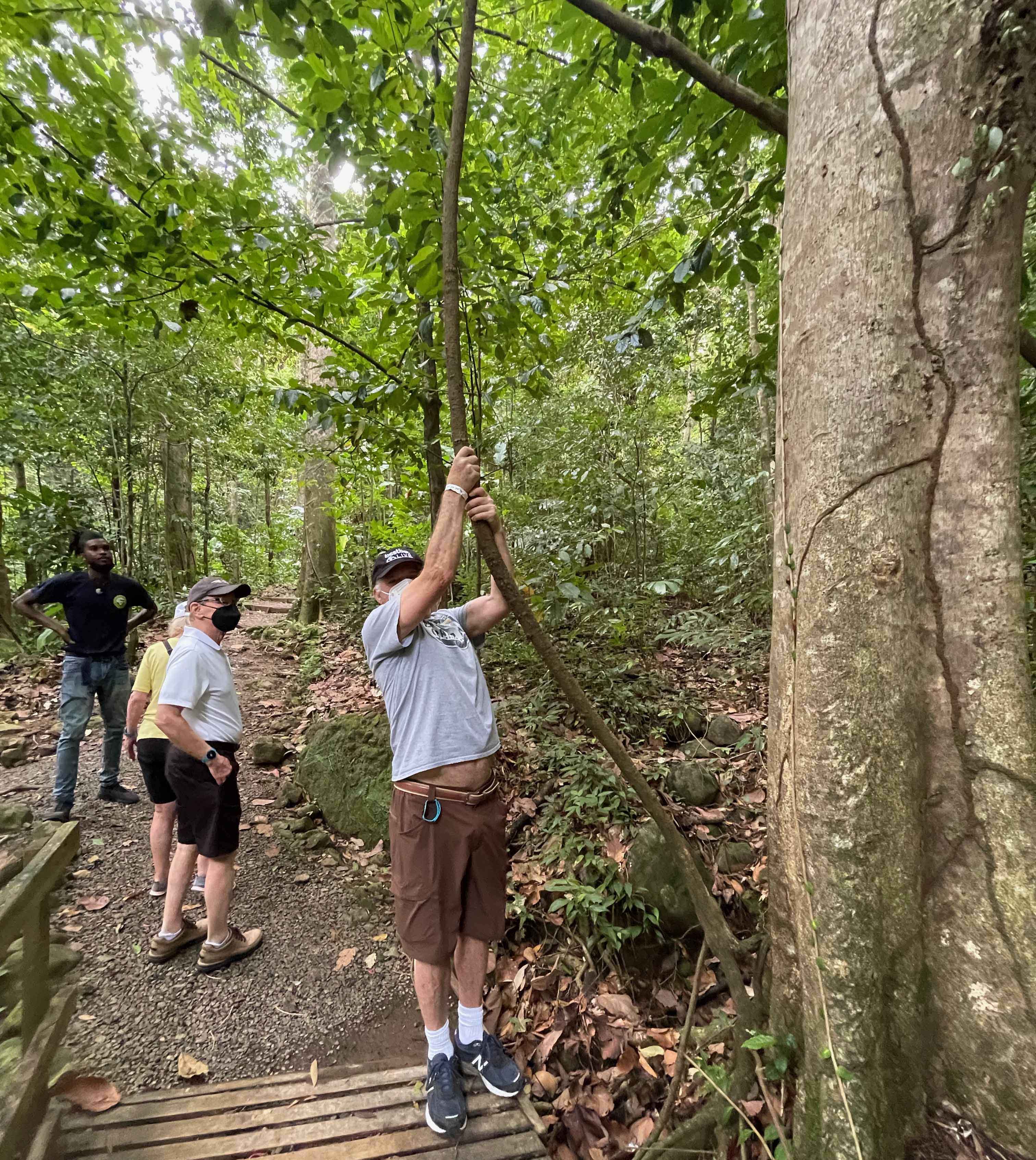 The guide was quite adamant about generally not touching anything. However, he gave me permission to swing as far as I wanted on the Tarzan vine. That was a hoot. I went about 4 – 6 inches. 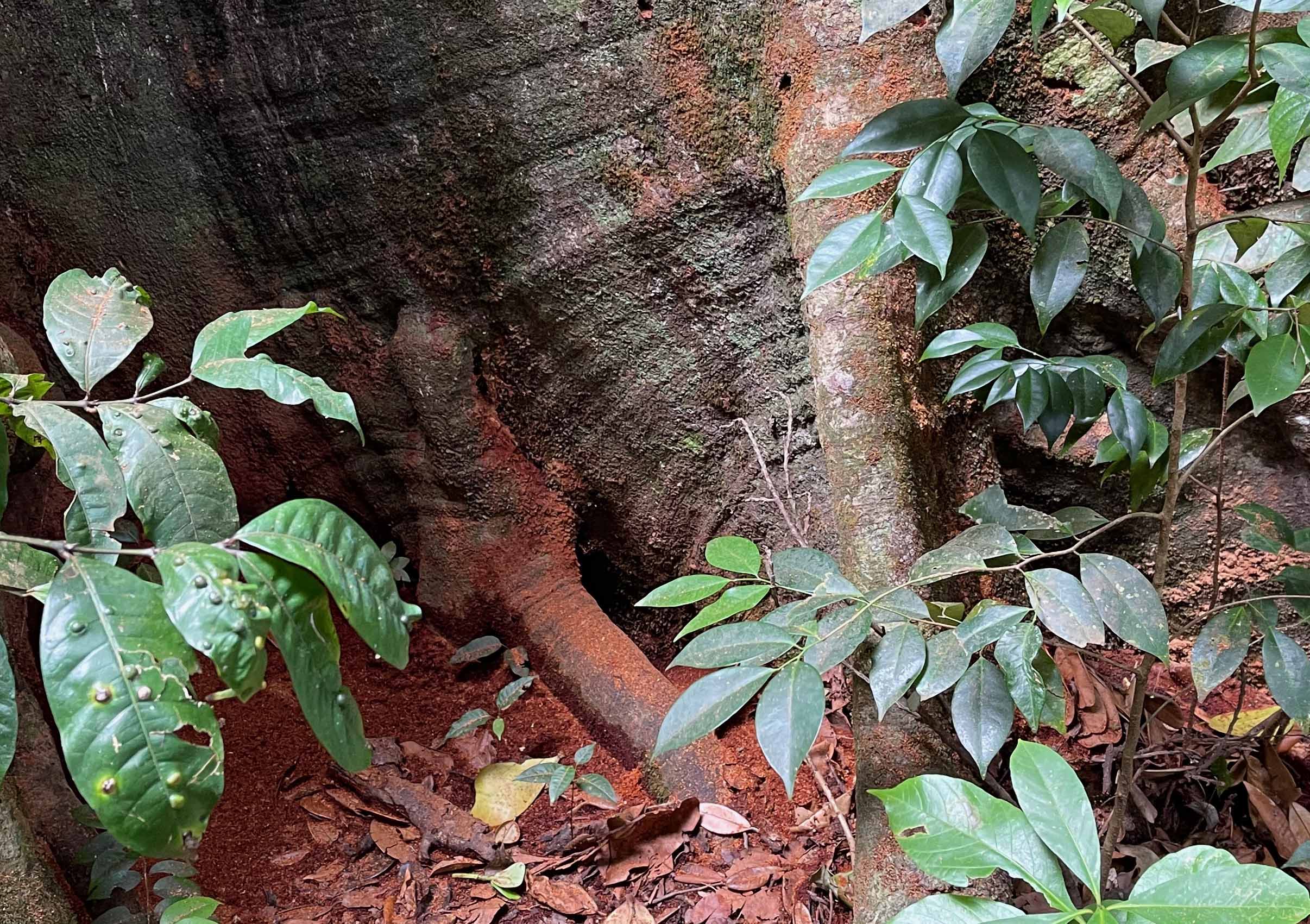 Even forests have termites. The sawdust stuff is the clue. 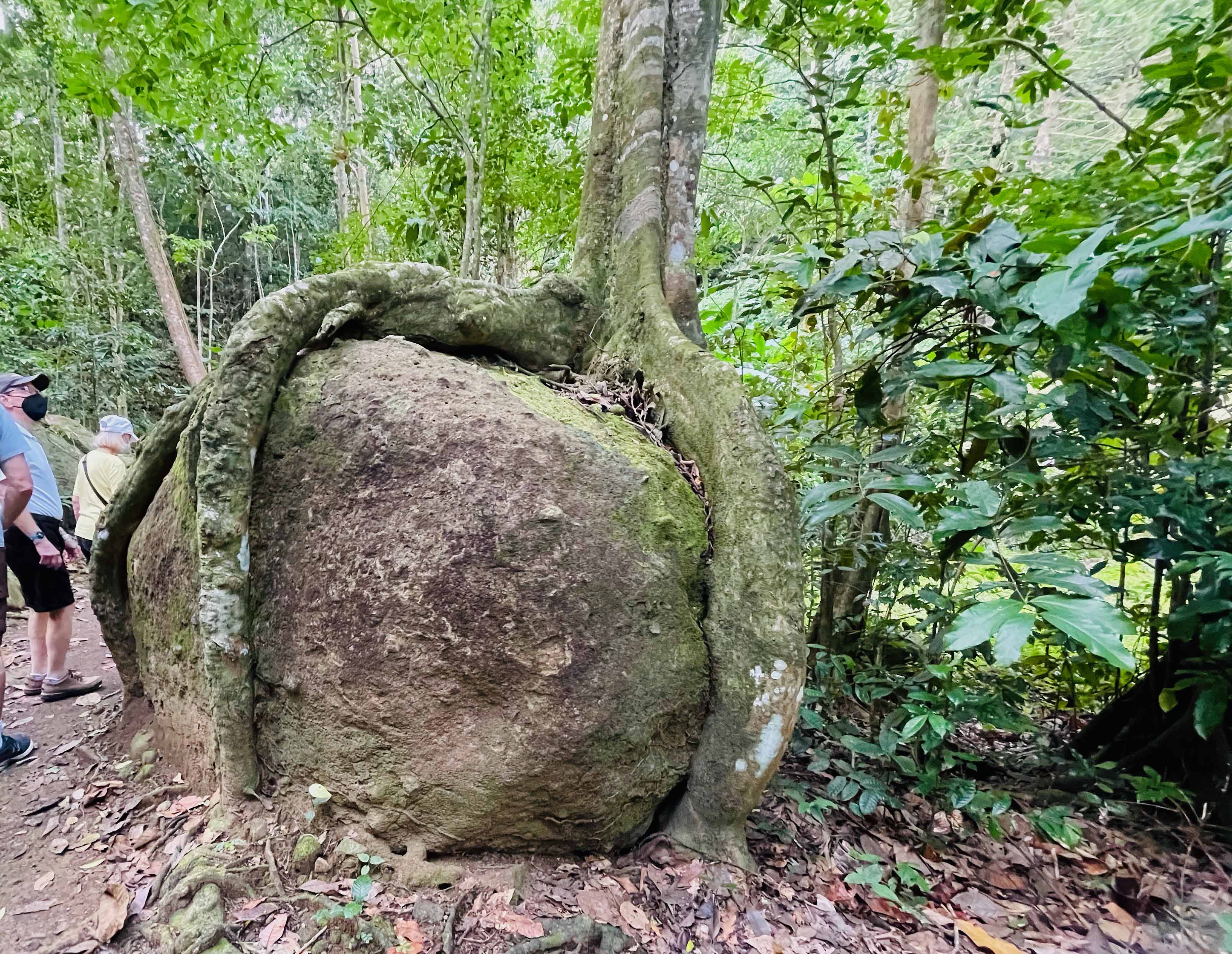 There was so much beauty at all the various levels. I found the mapou tree to be particularly interesting. 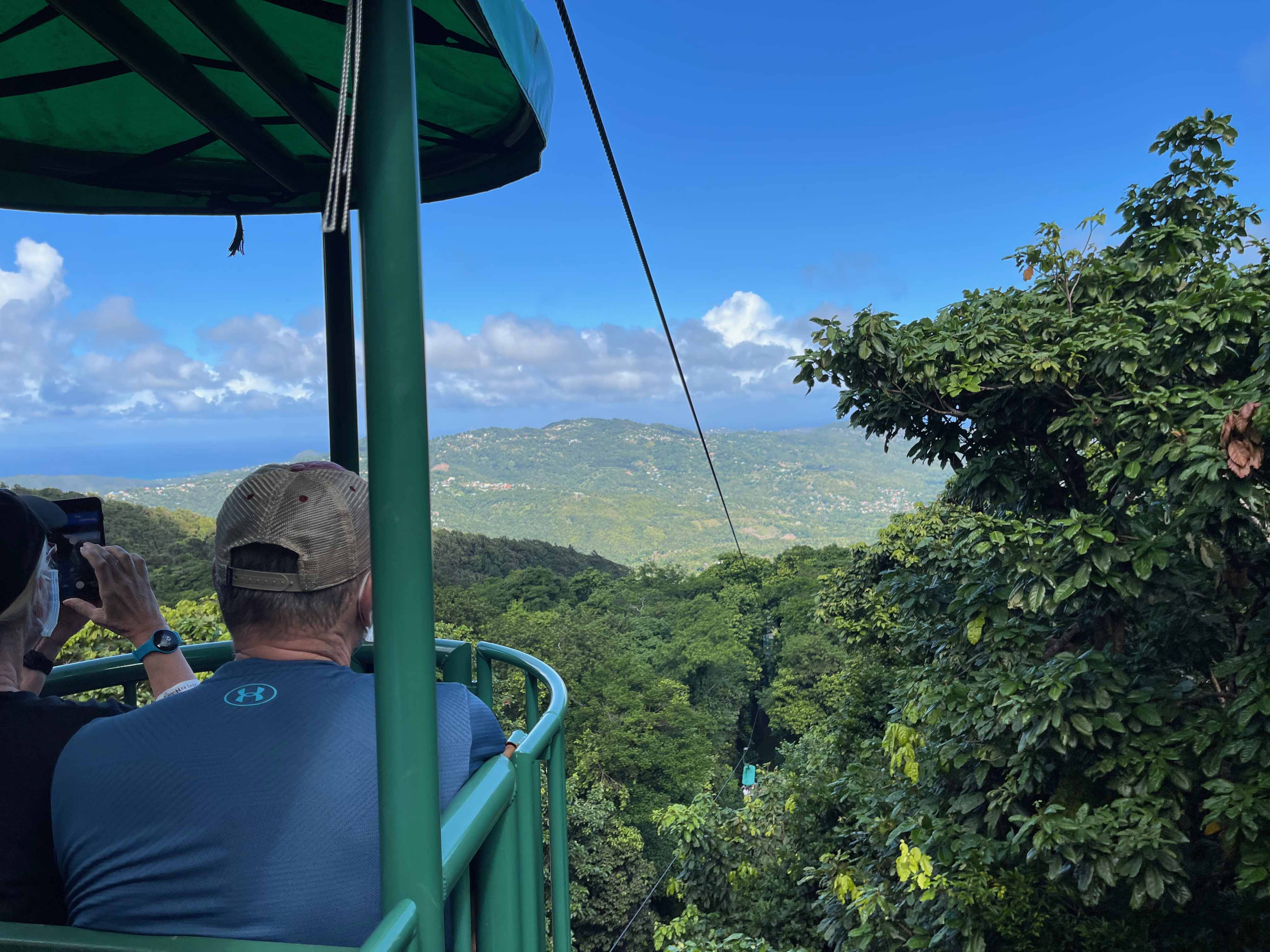 Then we took a gondola rising from 600 feet to 1,400 feet. Our terrific guide explained so much. 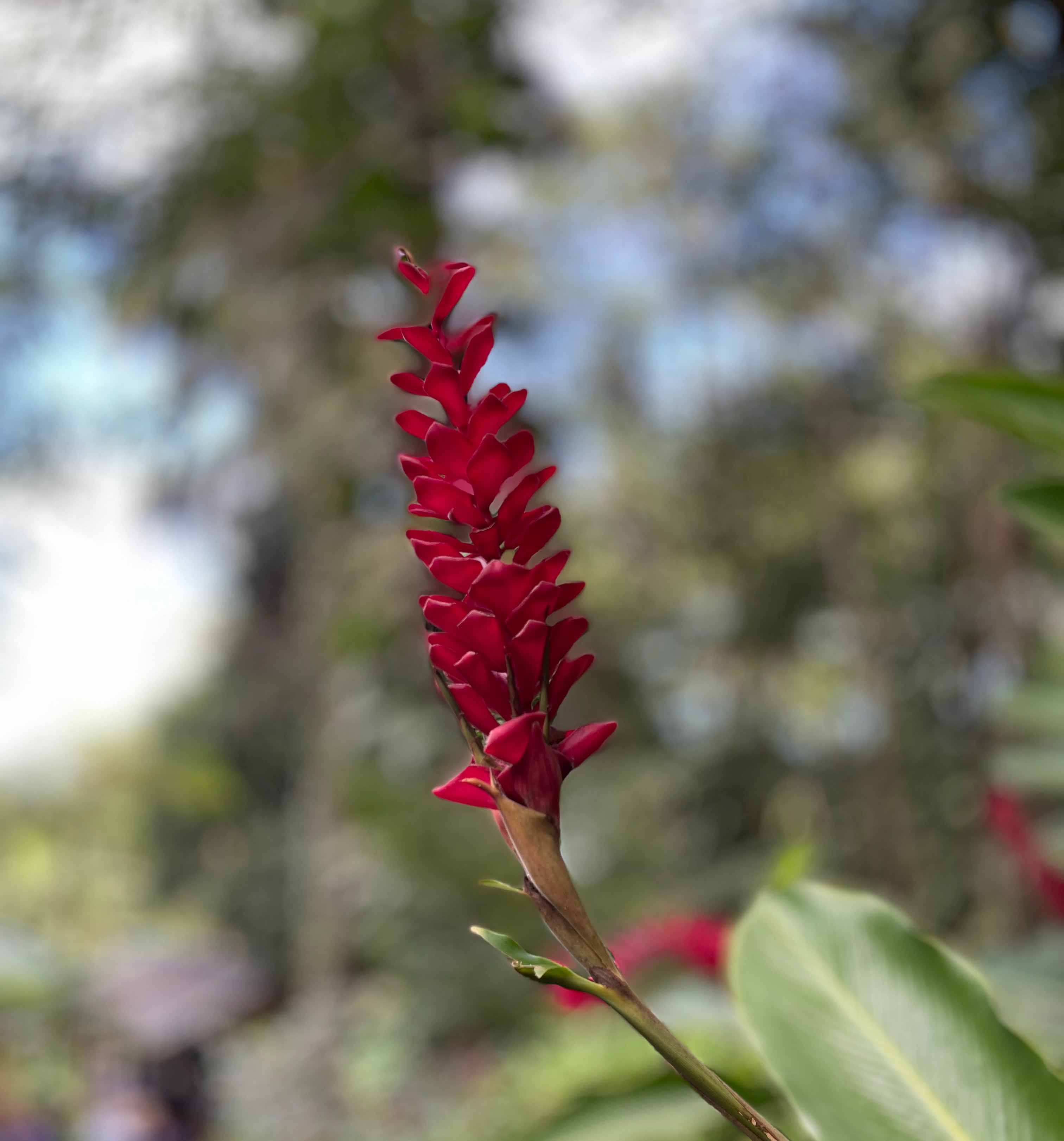 We saw hummingbirds which are attracted to this red plant as it holds water quite efficiently. 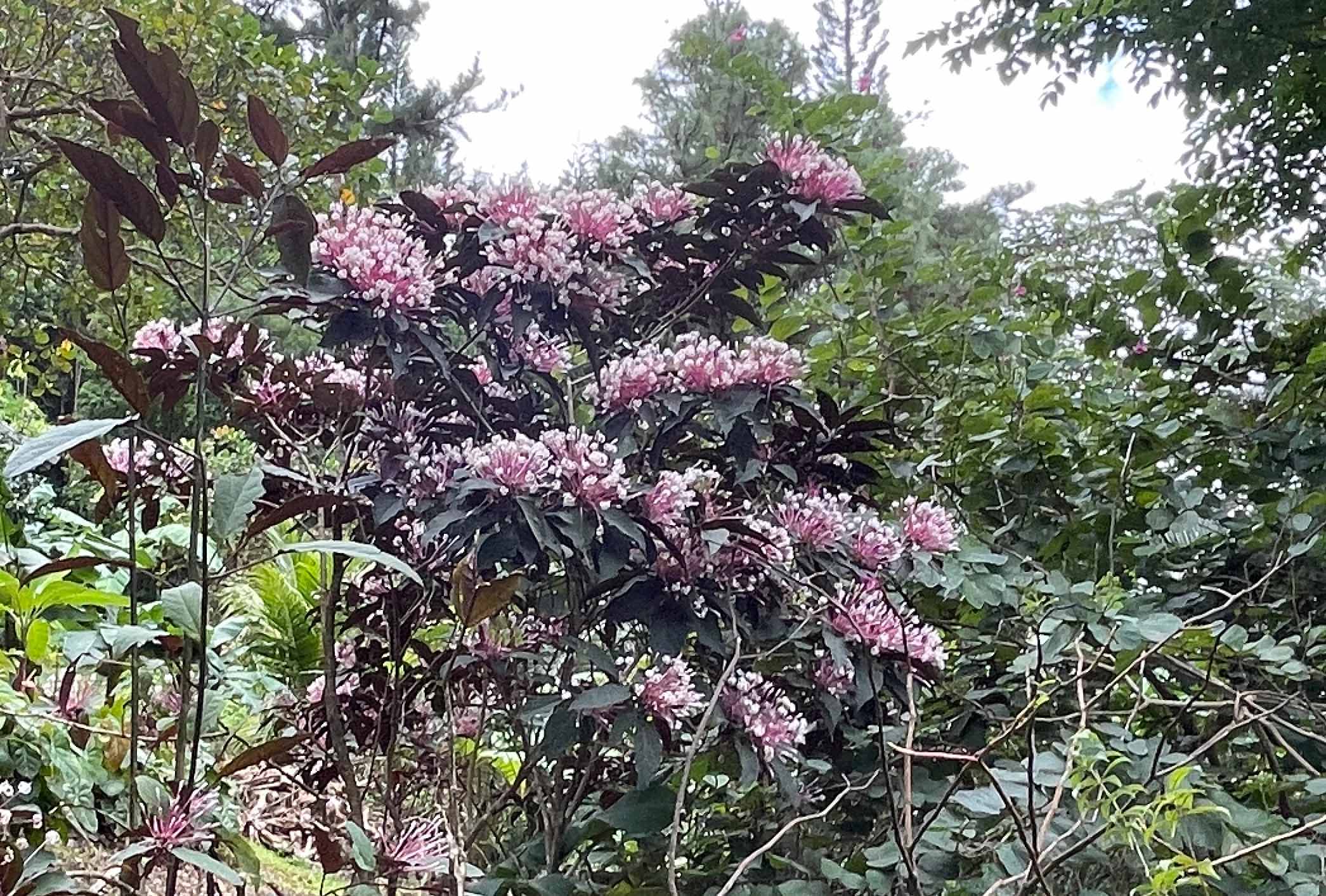 The Q-tip tree is probably not its scientific name, but it sure is pretty. 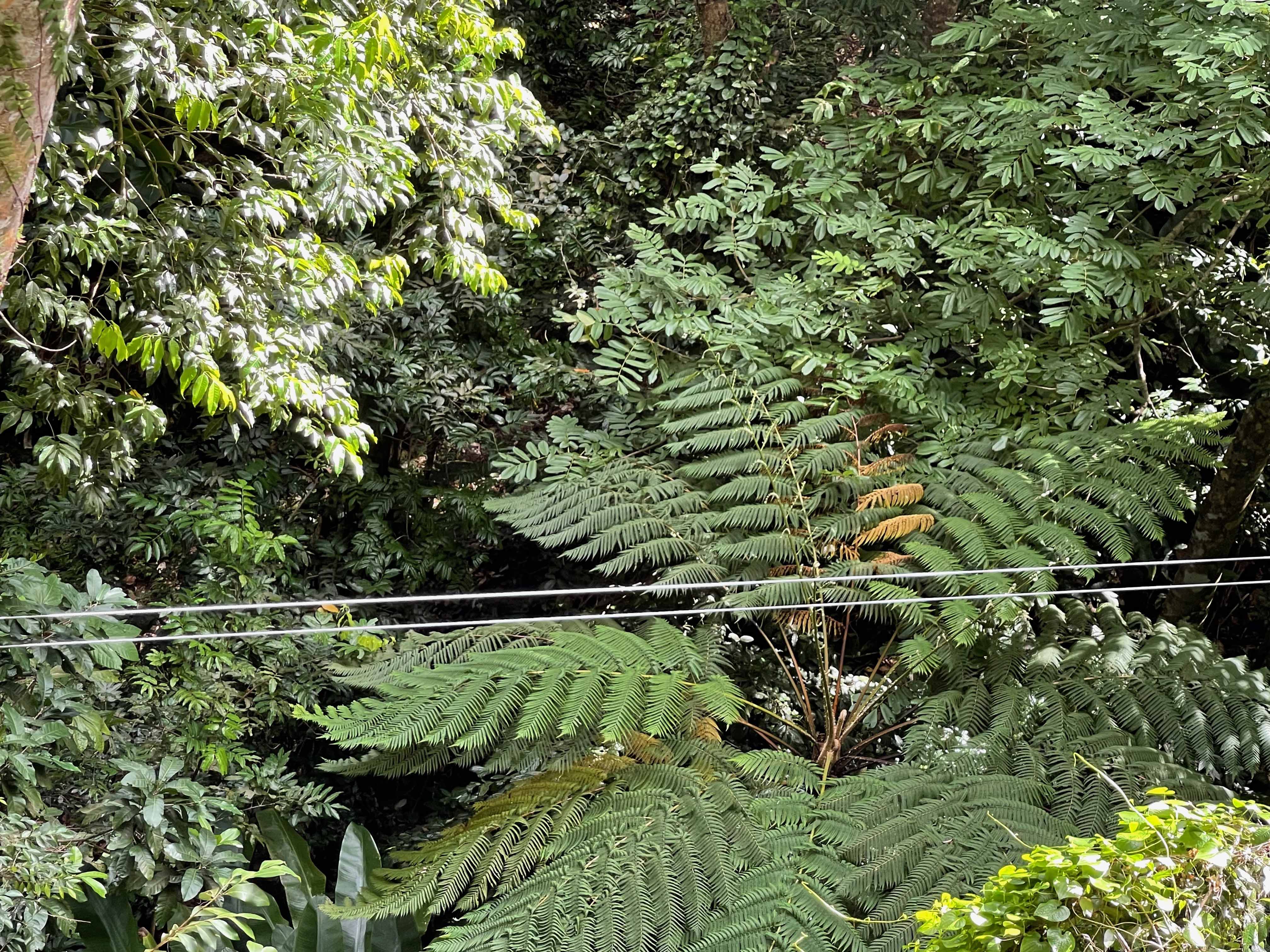 Those cables are for zip-lining. 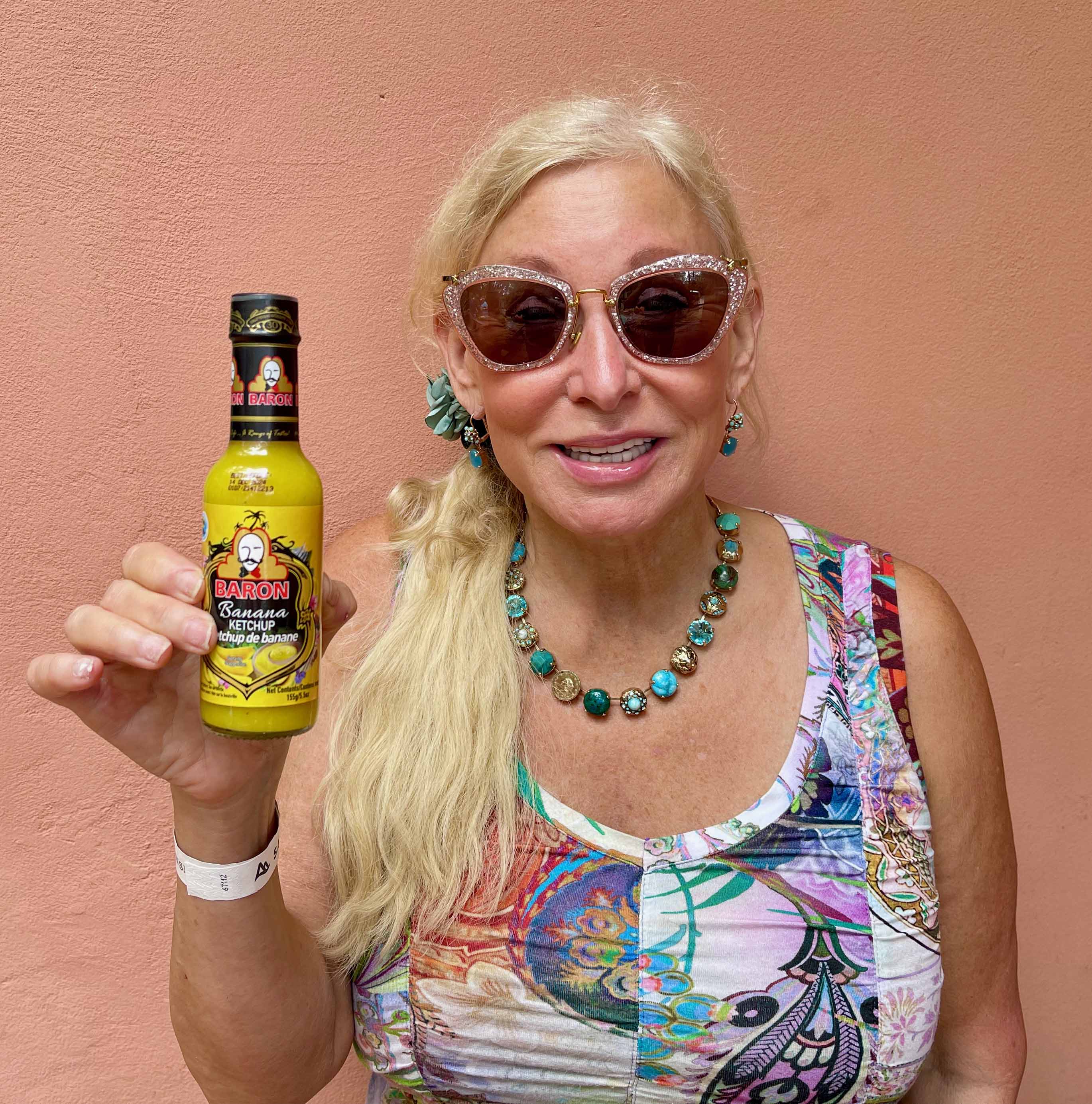 Allyn bought some banana ketchup. It has no tomato, and the main ingredient is banana.  I think they call it that because they use it as a substitute for ketchup. 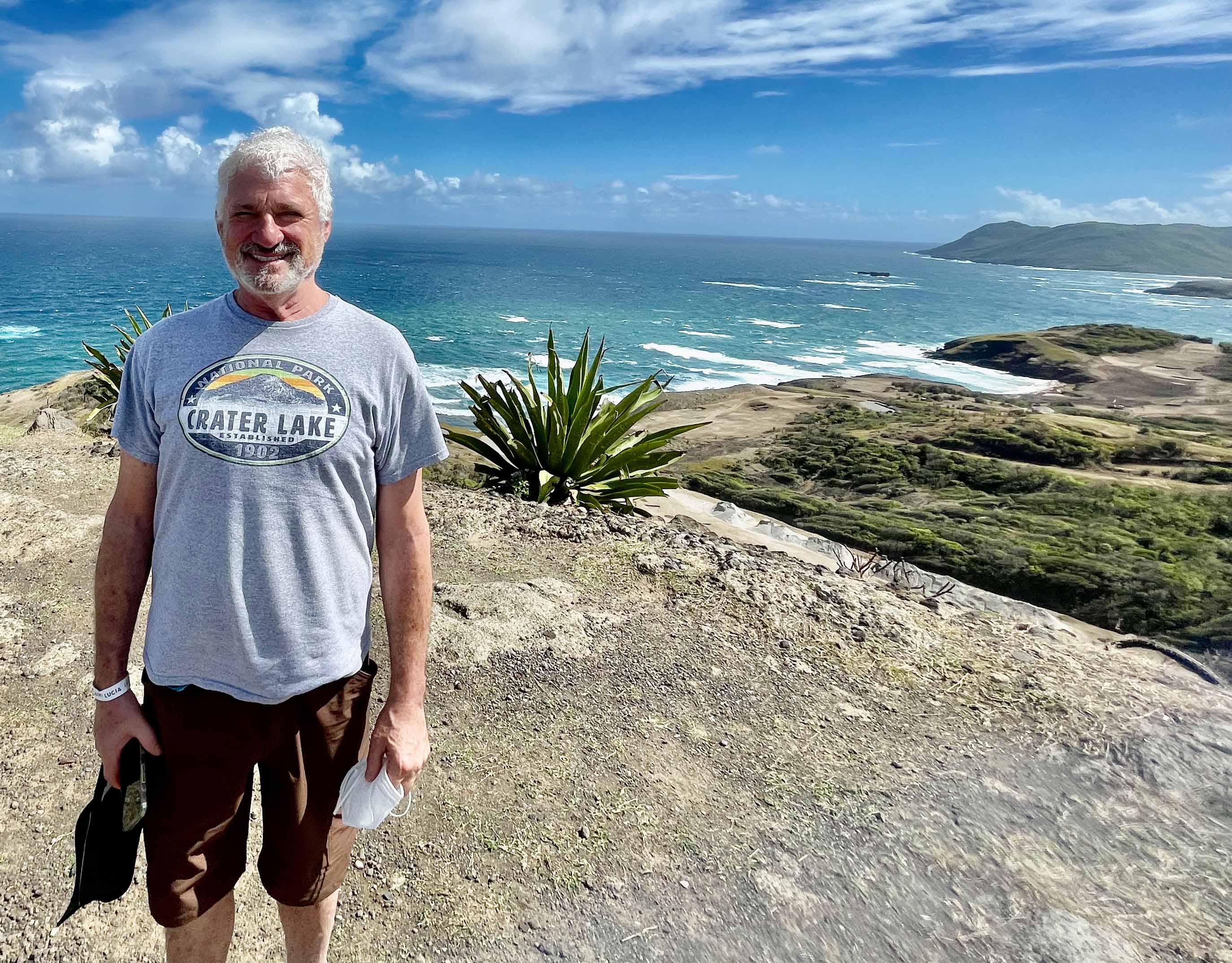 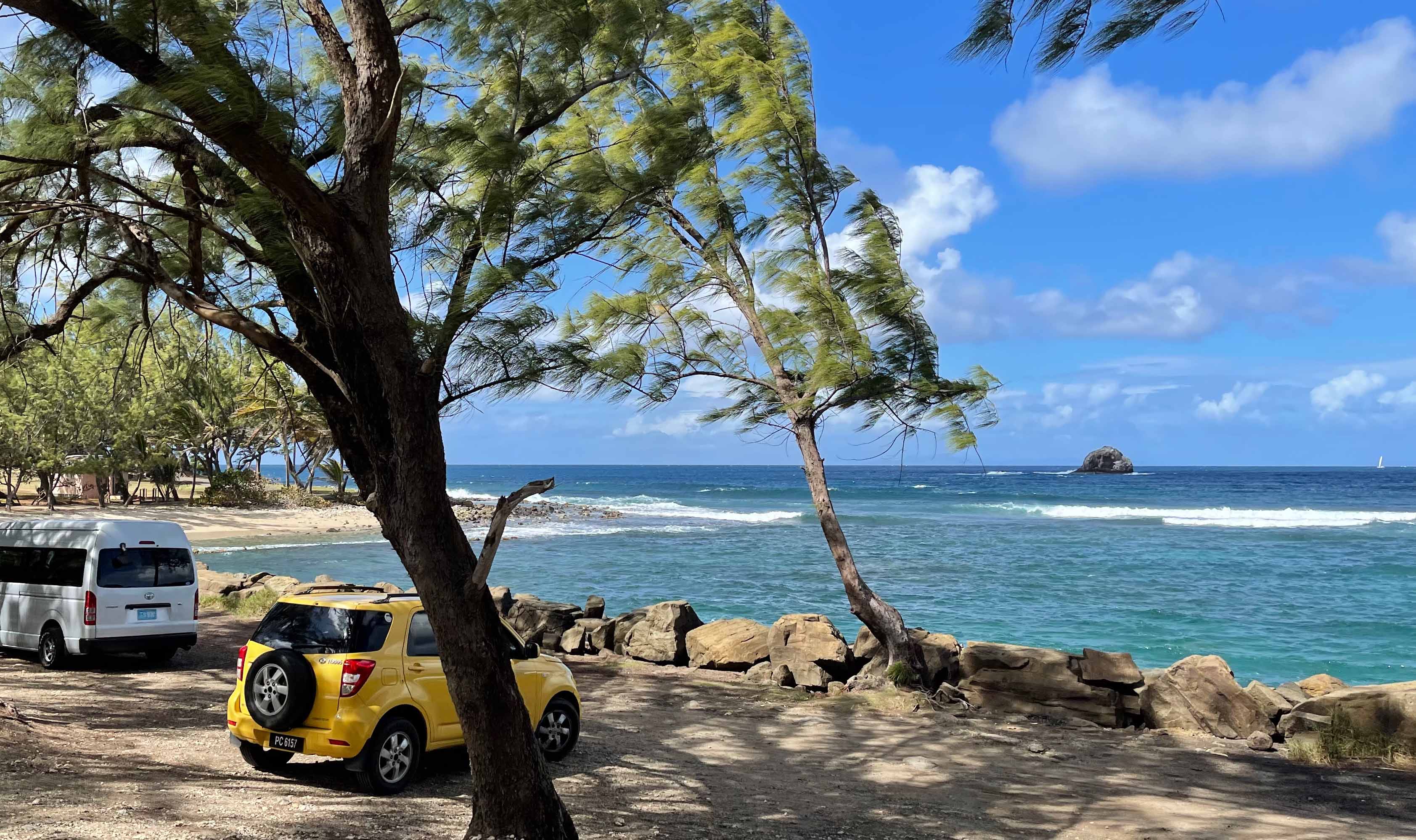 As usual we stopped along the way for some nice photos. We saw both the Caribbean Sea and Atlantic Ocean.