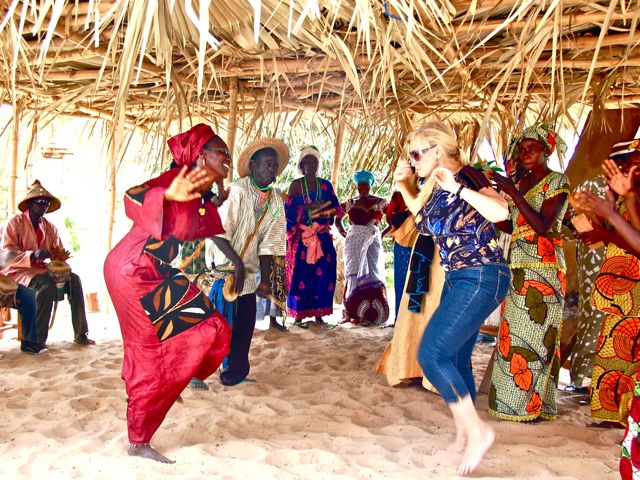 Twice that many people were stolen/sold as slaves throughout their history. 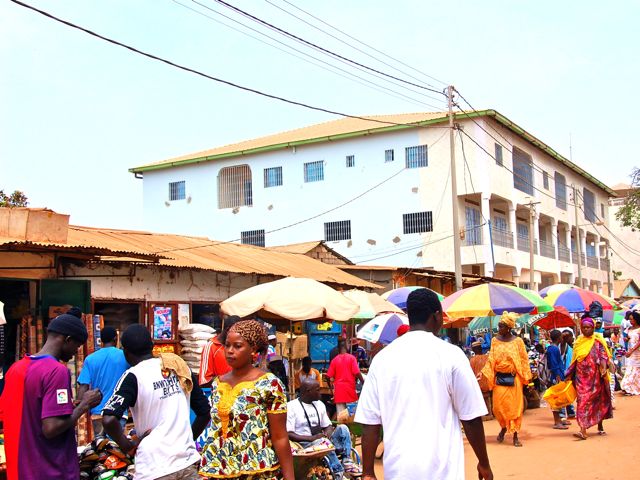 Starting out, we drove through the colorful market at Serekunda, the largest city here. 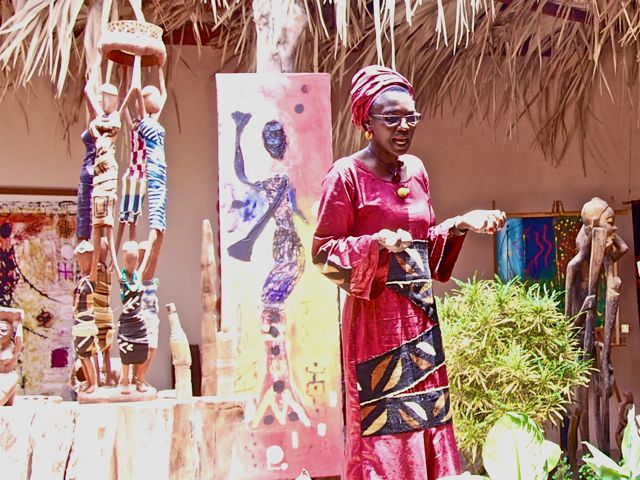 Most of the day was spent at Mama Africa, a gallery owned by a world-renowned female artist, Isha Fofana. 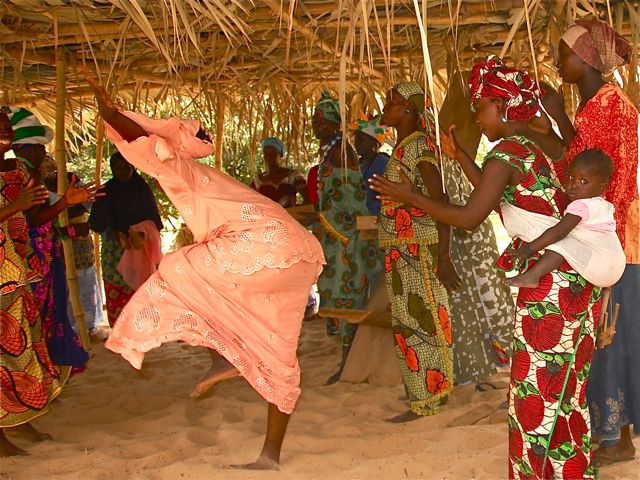 She prepared an elegant luncheon, then we saw amazing African rhythmic dancing. 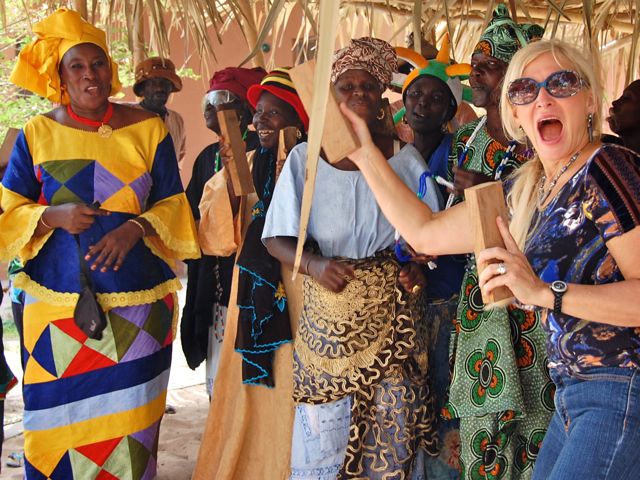 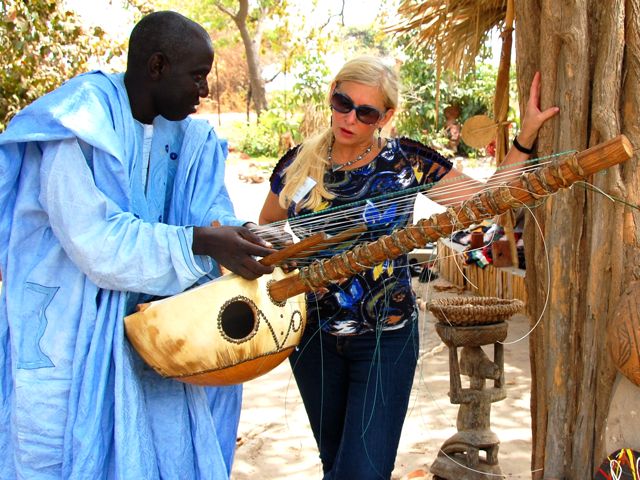 Allyn fell in love with the 21string harp-lute type instrument called a kora (only made in West Africa). 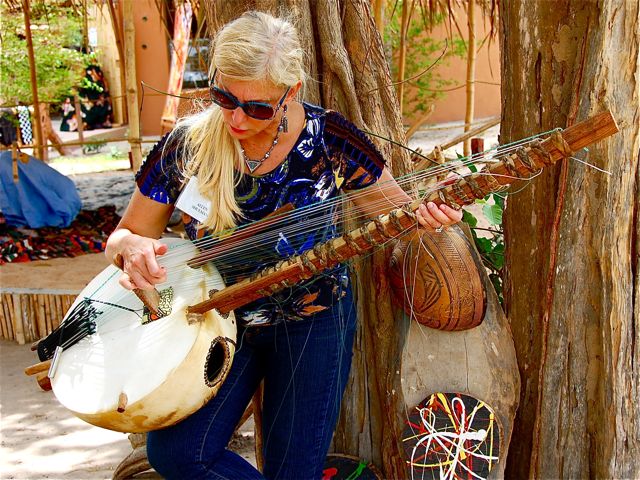 It is made of half of a calabash, covered with cow skin, and uses guts as strings.

She actually bought one and is bringing it home.

I imagine that it will be the first one in Las Vegas.