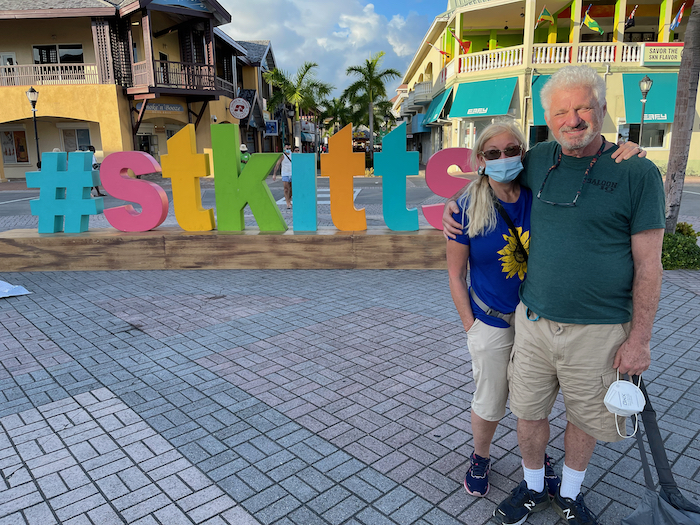 Saint Kitts and Nevis is a two island nation.

St. Kitts was a wealthy planation island in the 17th century. They led the world in sugar canecultivation. Sugar became less profitable through the years.  in 2005 the government closed down the industry. Now it is all about tourism. Covid stopped that in its tracks until just recently. 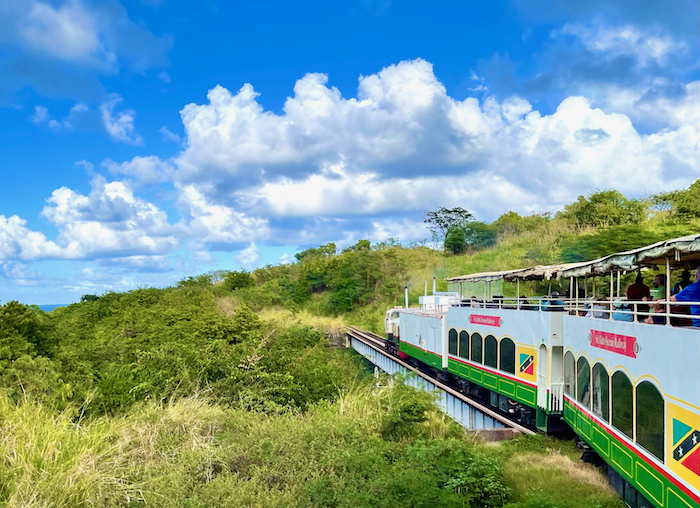 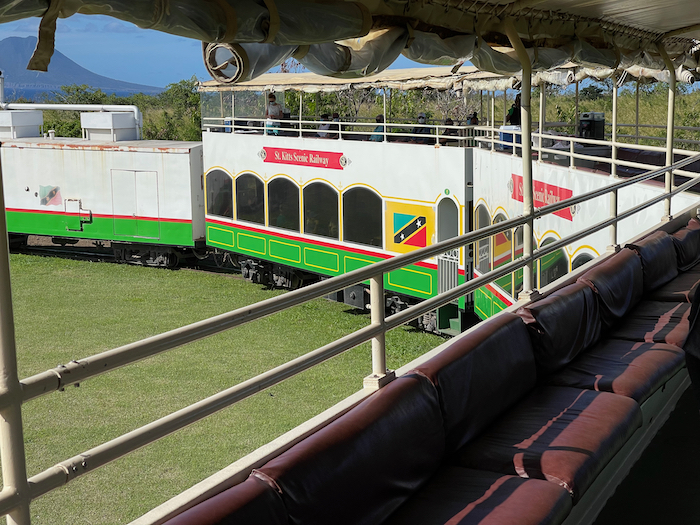 We took a narrated ride on the narrow-gauge St. Kitts Scenic Railway. It was built originally 100 years ago to deliver sugar cane from the fields to the sugar mill.

Between the bus and train we looped the entire 30-mile island. 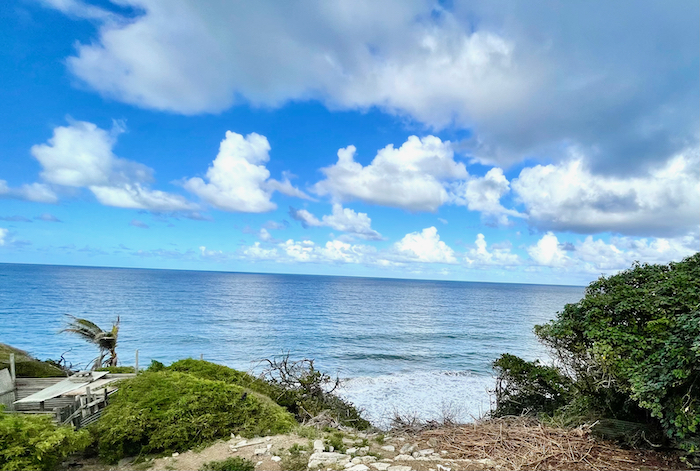 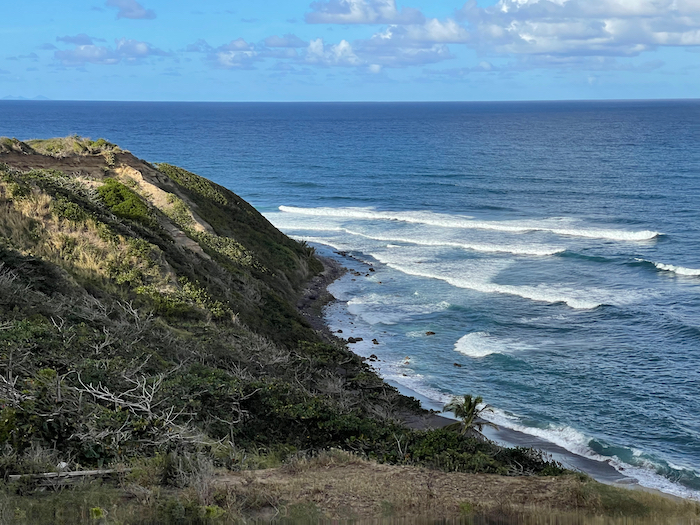 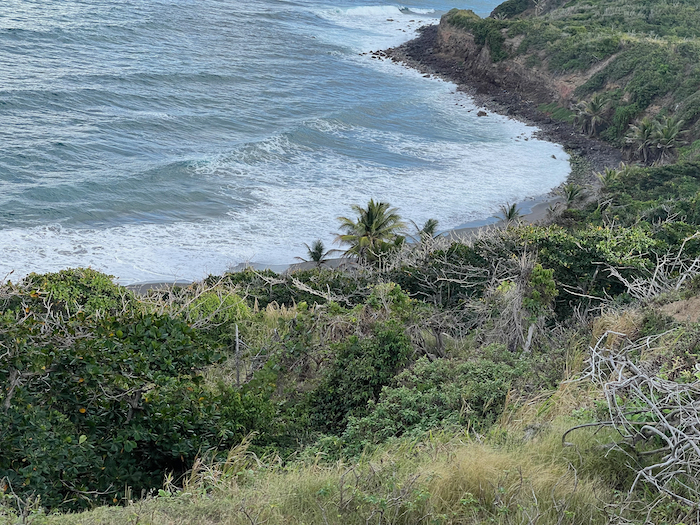 As expected, the water views were great. 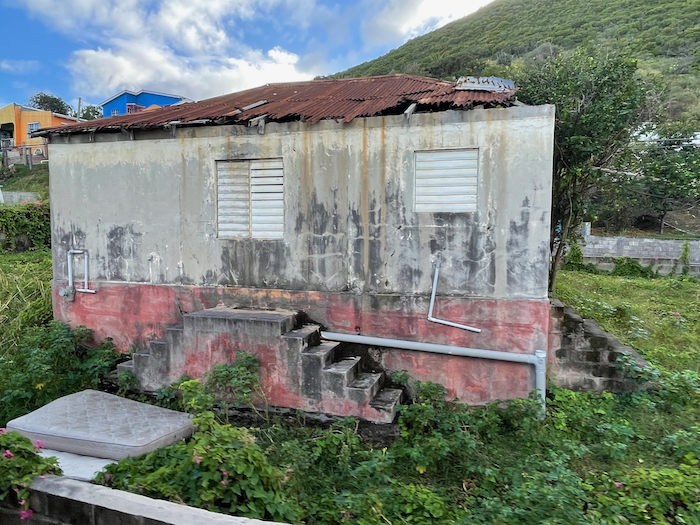 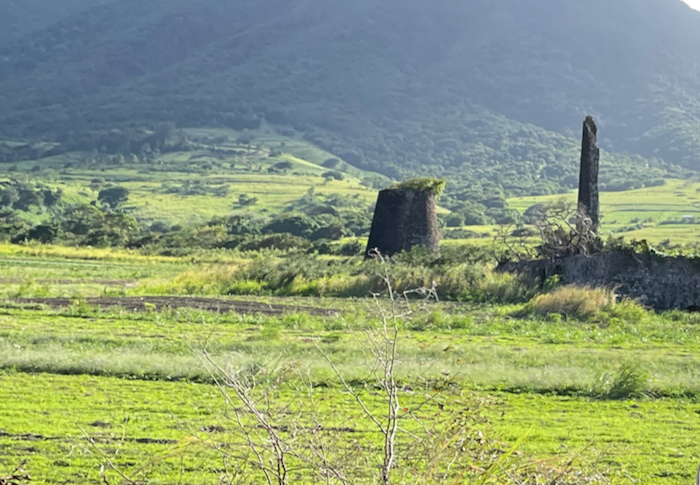 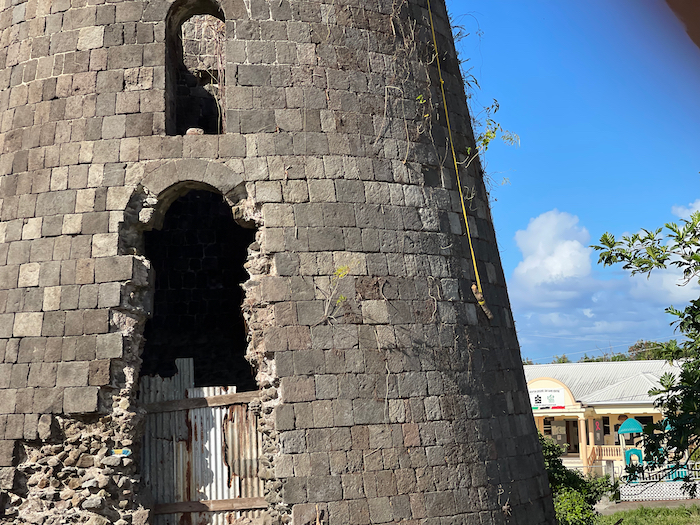 We passed old sugar can fields with abandoned windmills and chimneys. 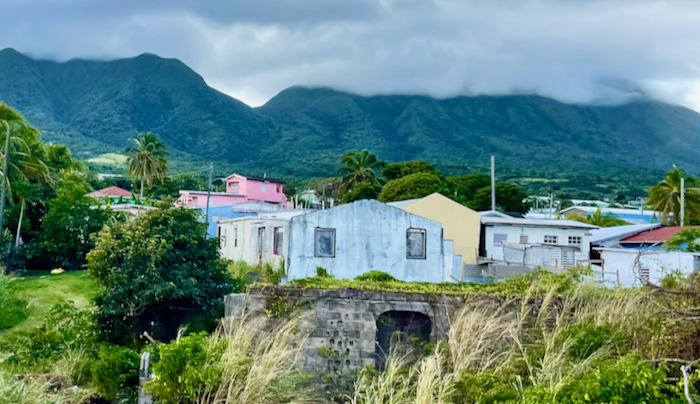 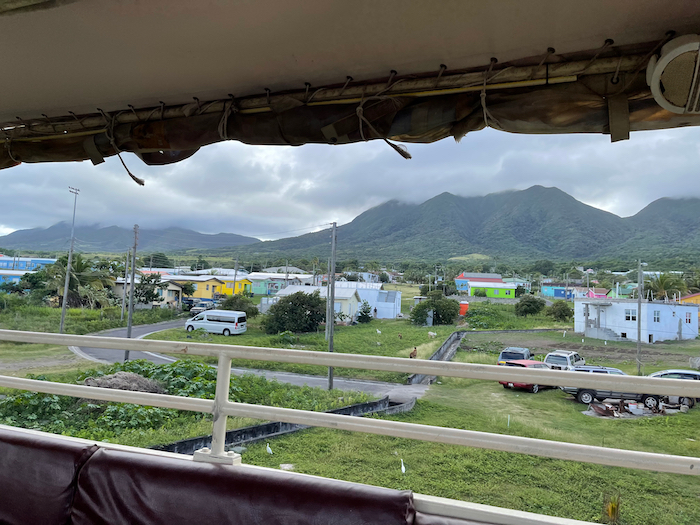 We went through several communities that were generally nicer that outlying areas we see in the islands. 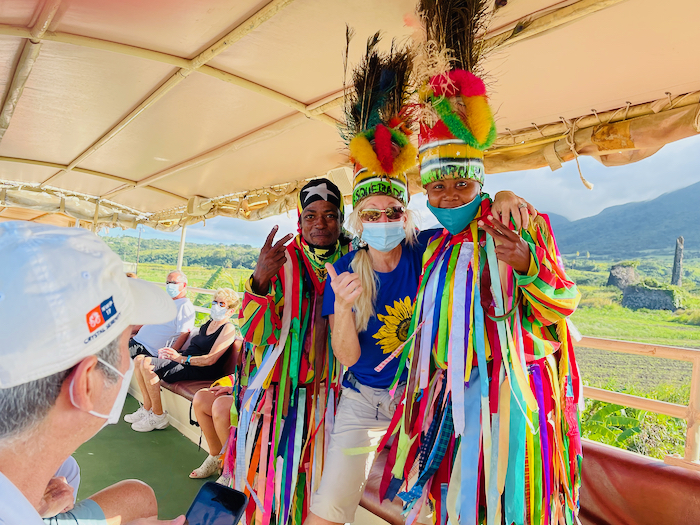 They brought on a few minutes of entertainment. Of course, Allyn jumped in. 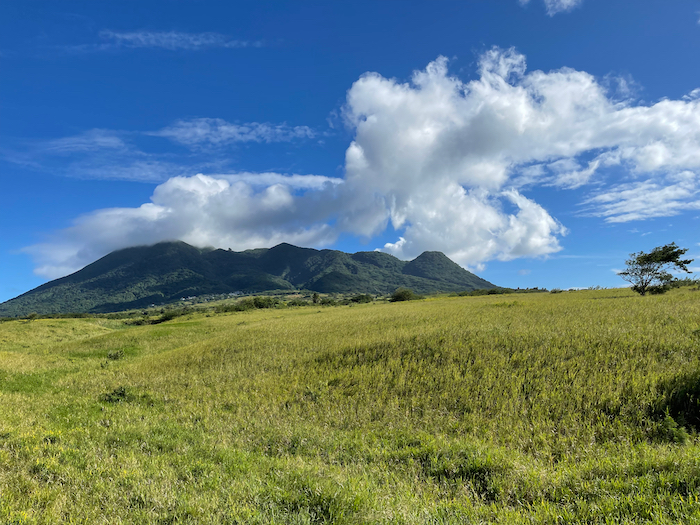 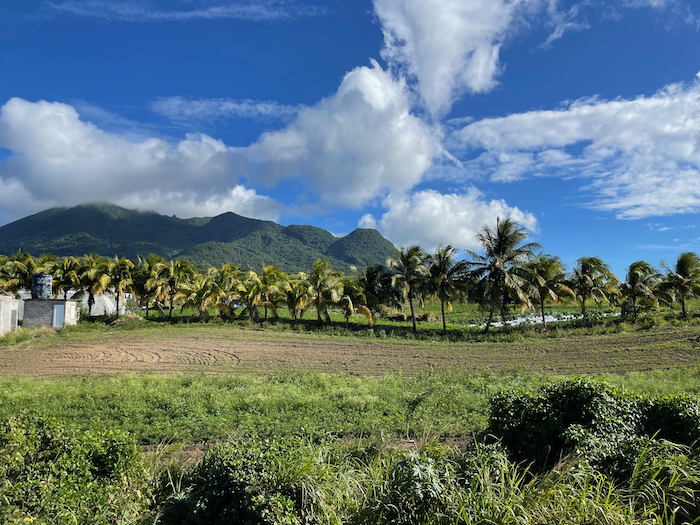 We saw lots of open area, their dormant volcano, and farms. 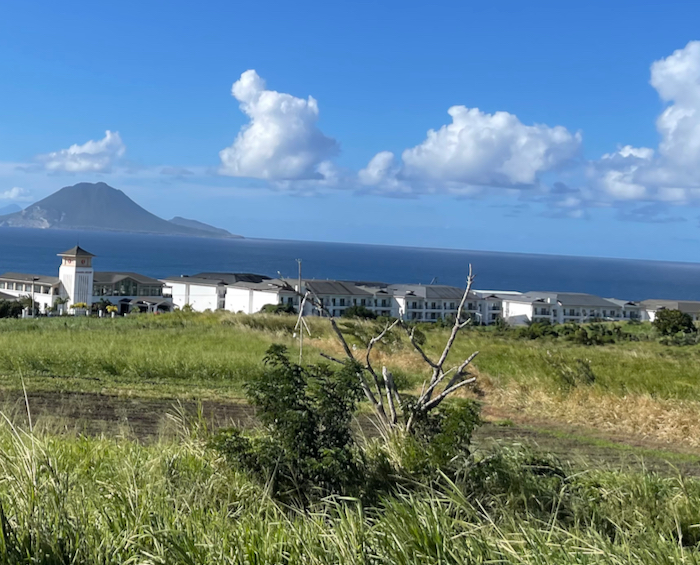 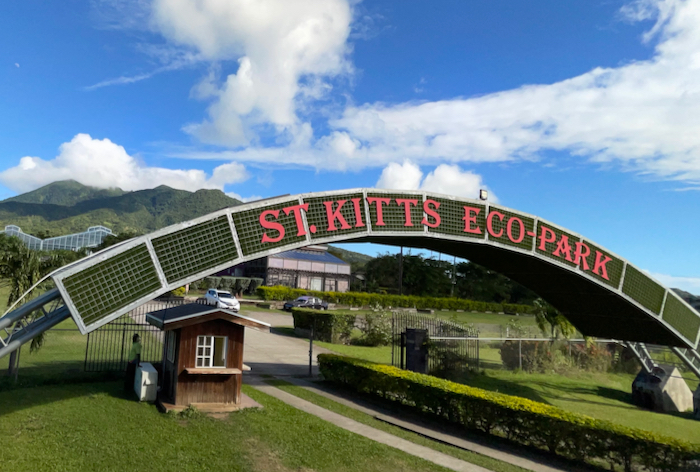 As they convert to tourism, they are conscious of doing it in an environmentally friendly manner. 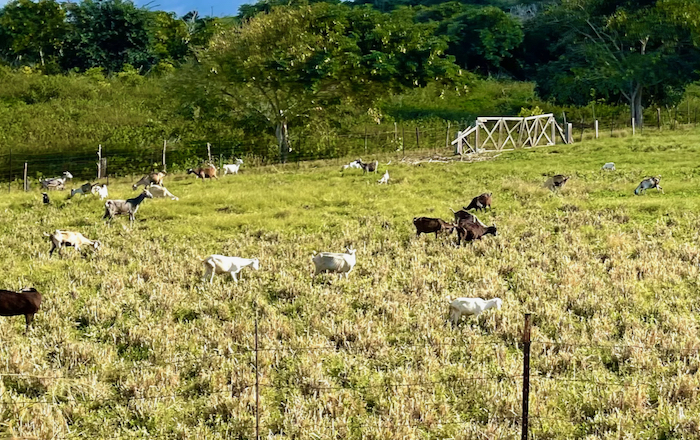 Goats are all over the place.

Thousands of African Green Monkeys live in the wilds here. The French brought them over as pets 300 years ago. Although I saw several in the forests, I was unable to capture a proper photo unfortunately.