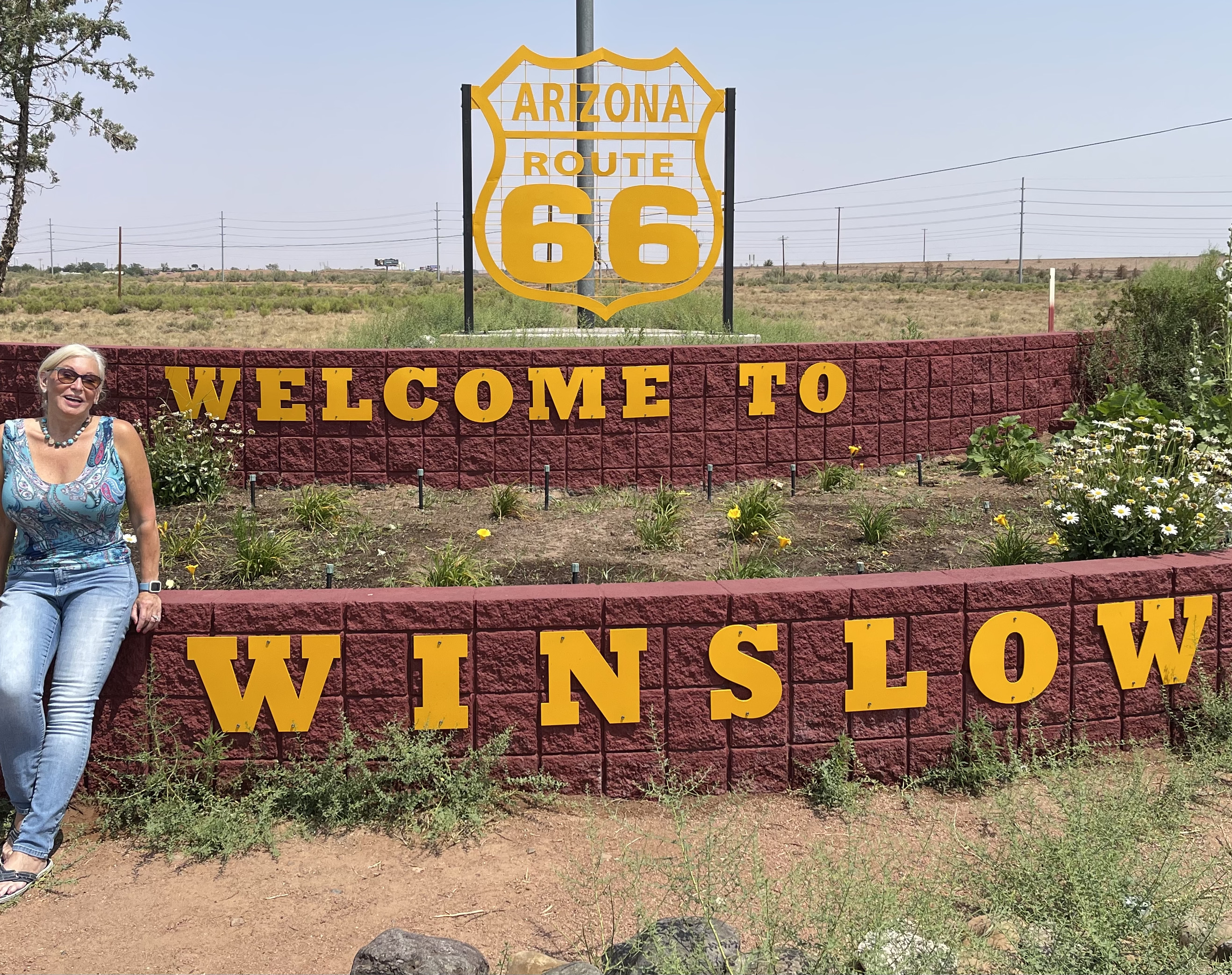 Winslow is a perfect example of a fun day or two that only would take place on a road trip. It really is basking in the former glory of being a main stopover on Route 66.

Today it is most known for its Standin’ on the Corner Park commemorating the song Take it Easy which was written by Jackson Browne and Glenn Frey and recorded by the Eagles. 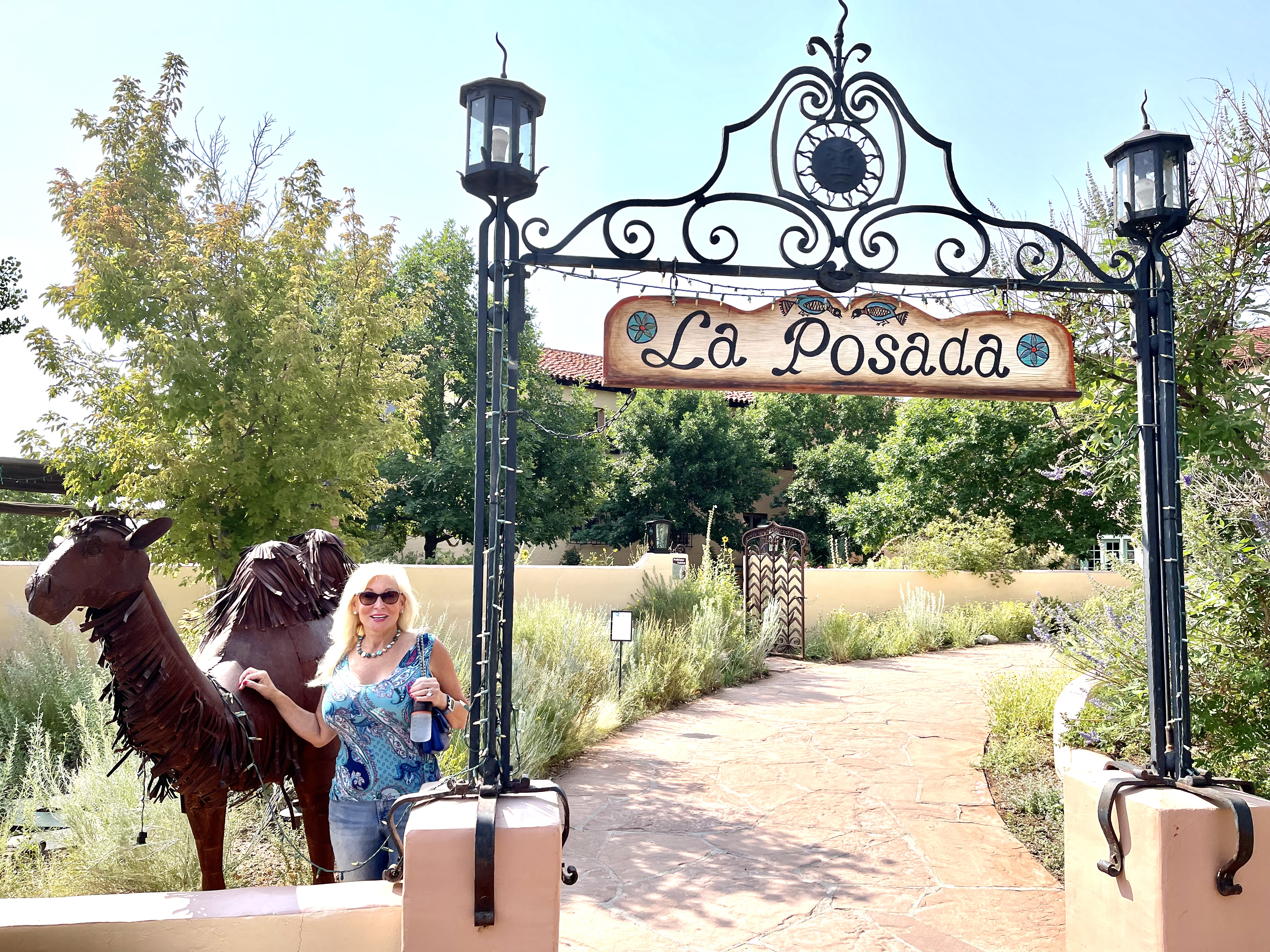 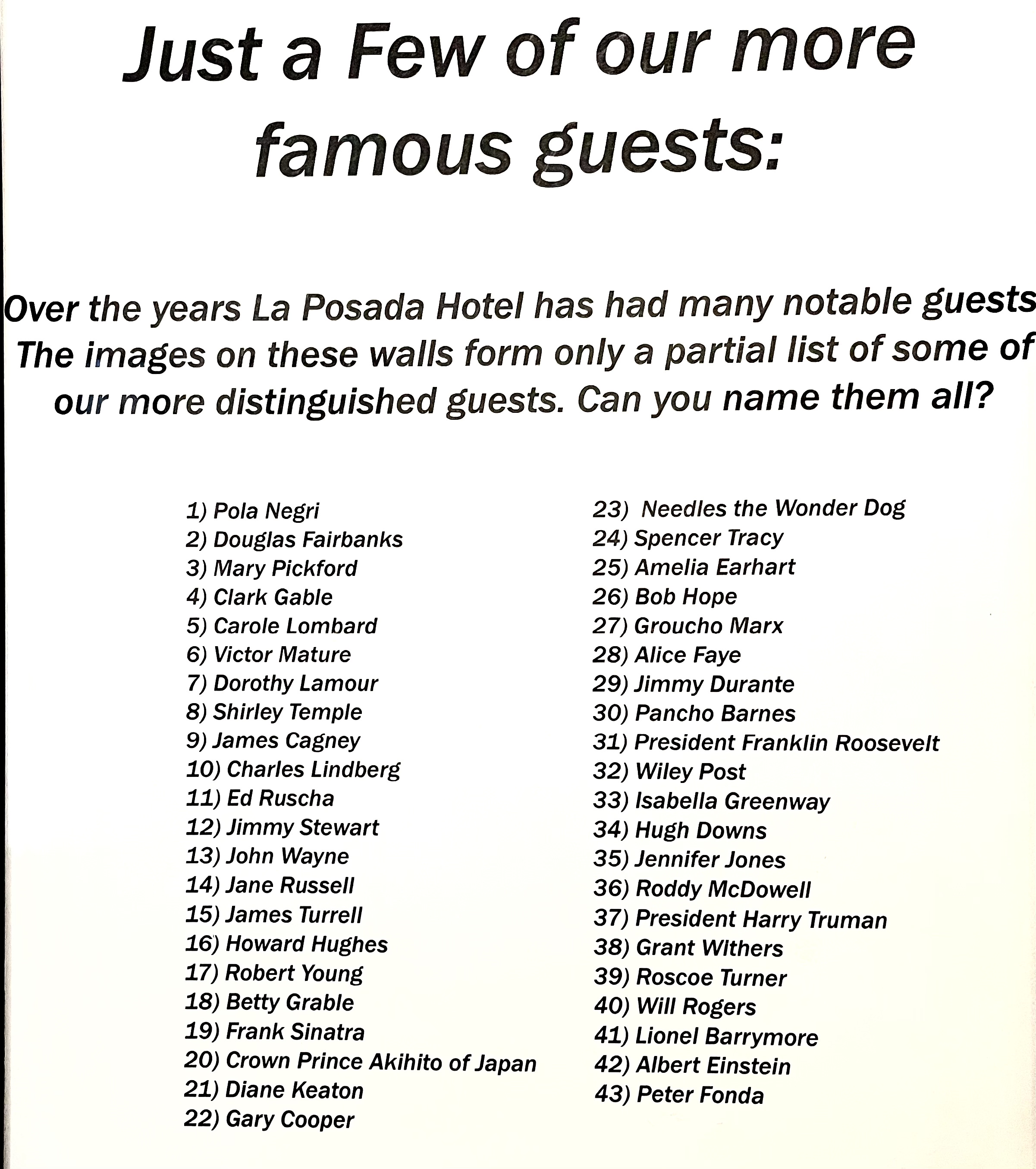 Probably its most famous landmark is the La Posada Hotel, where we stayed. Built adjacent to the Arizona headquarters for the Santa Fe Railroad, it opened in 1930 and was the major destination hotel for the Hollywood jet set for just 27 years when it closed. Now it has been saved and restored after years of neglect. 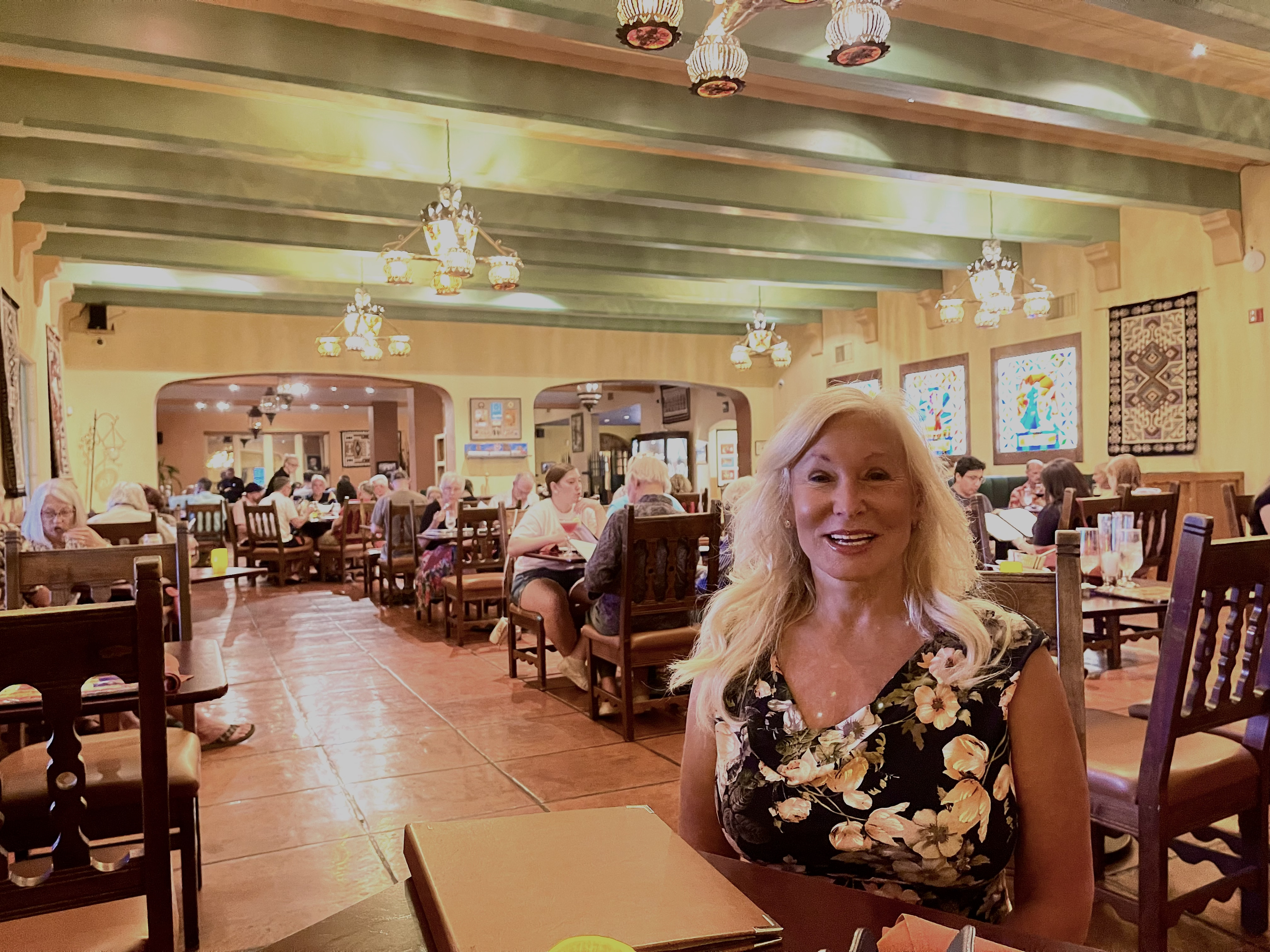 The Turquoise Room, the hotel’s restaurant, was rated as one of the top 3 restaurants in the United States by Conde Naste in 2009. I’m not sure about that, but we had a very nice dinner there. 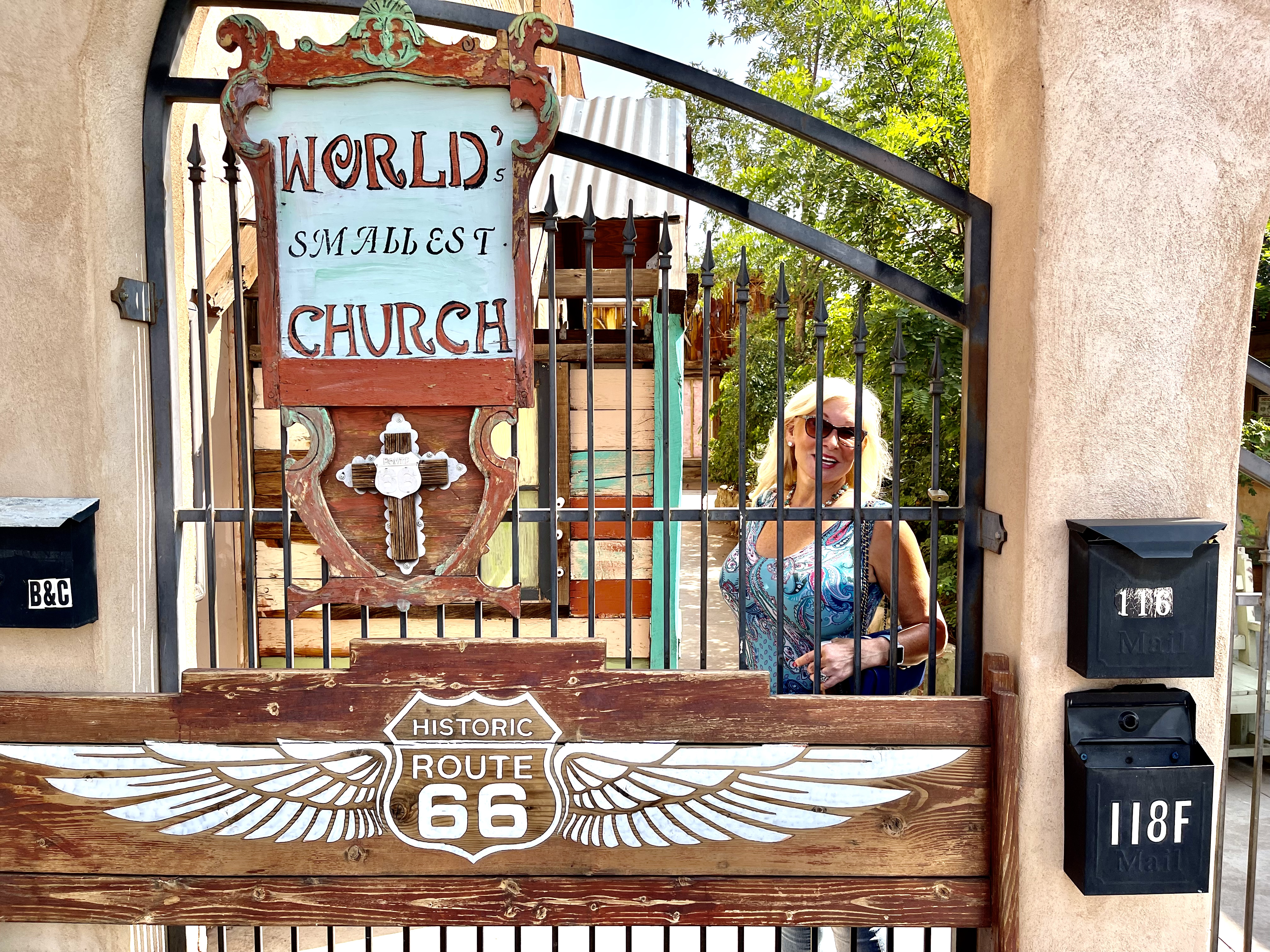 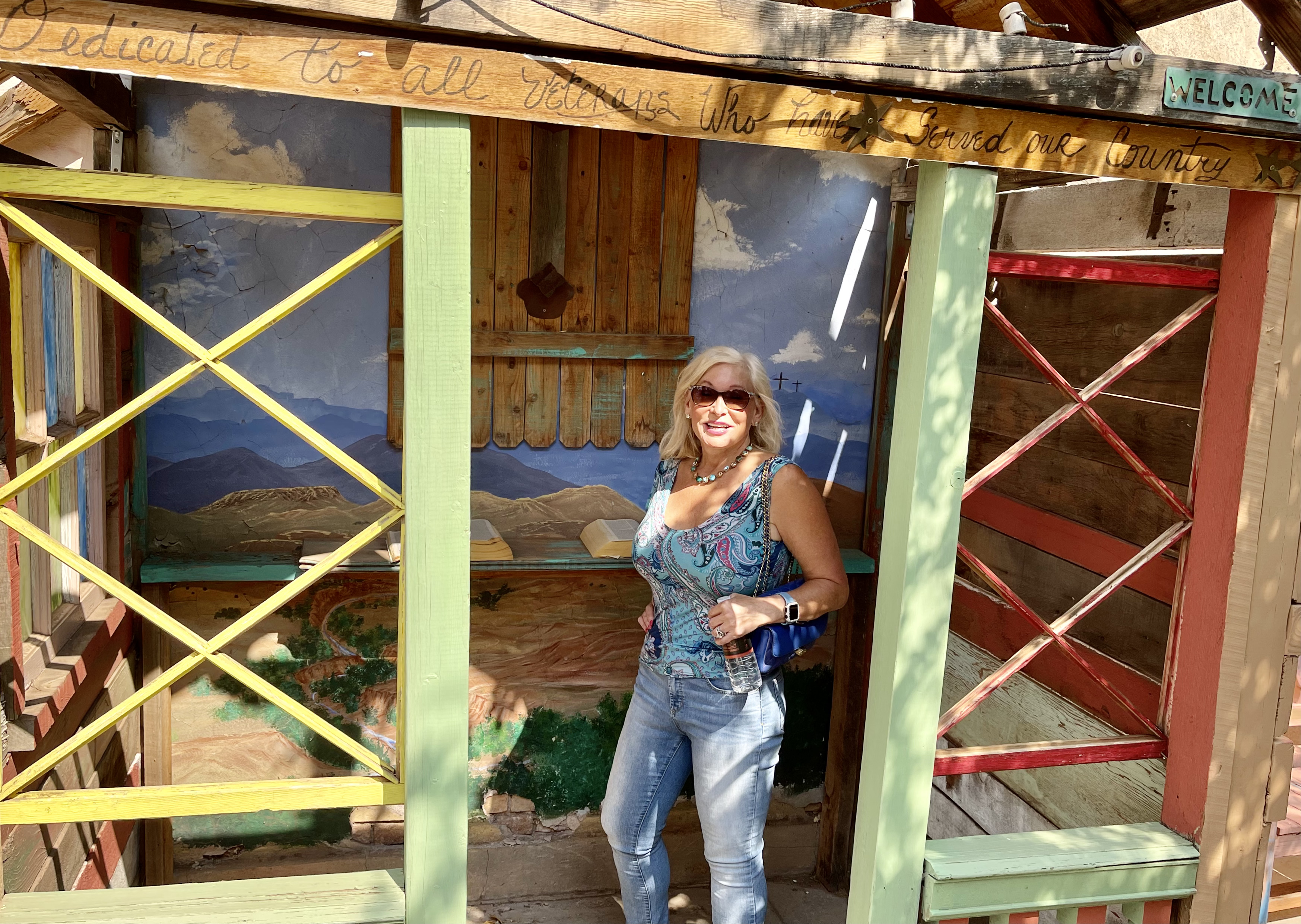 We visited The World’s Smallest Church.  It has two benches and an altar and can seat two people and a minister. It measures 7 x 4.5 feet. 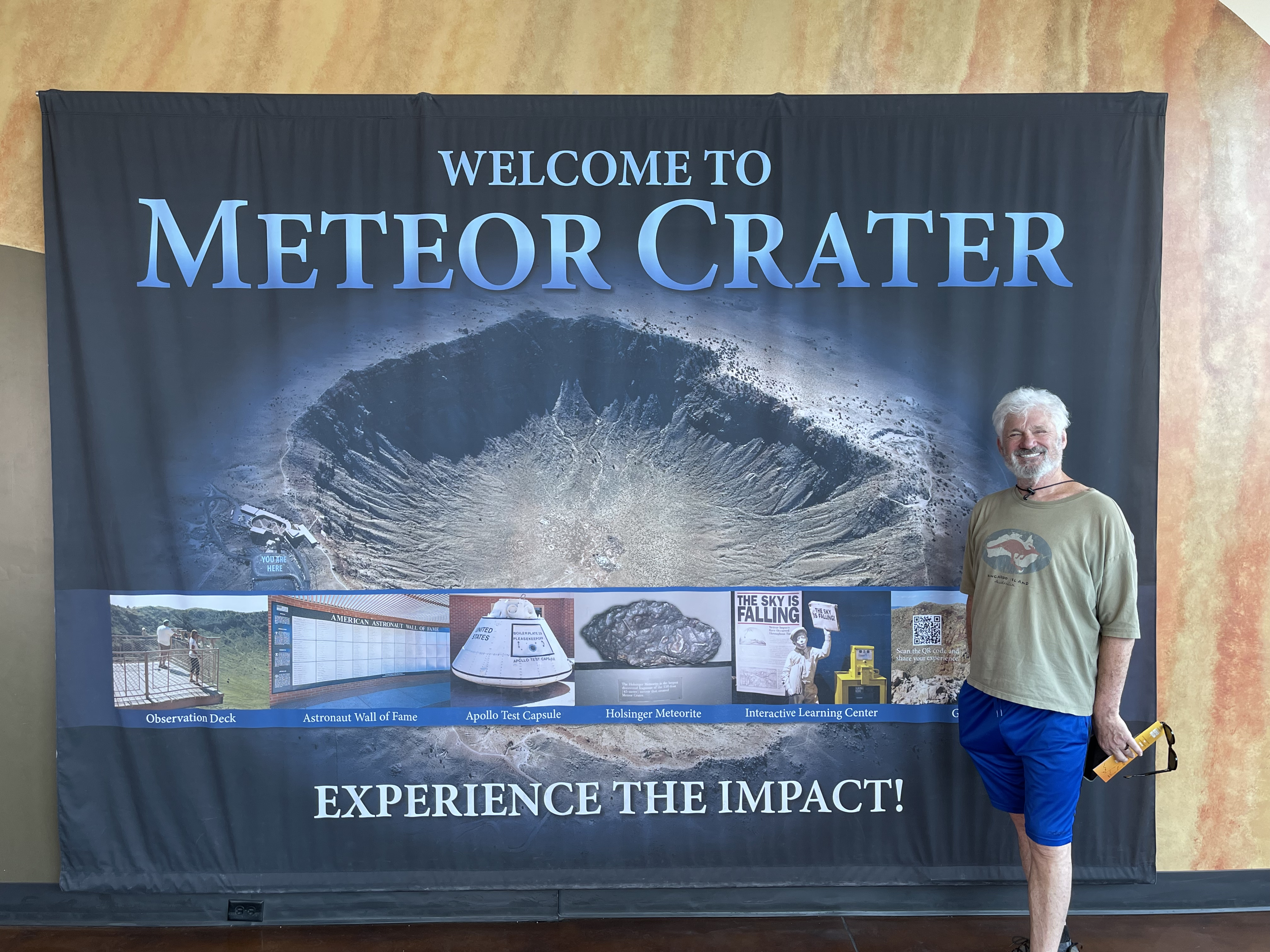 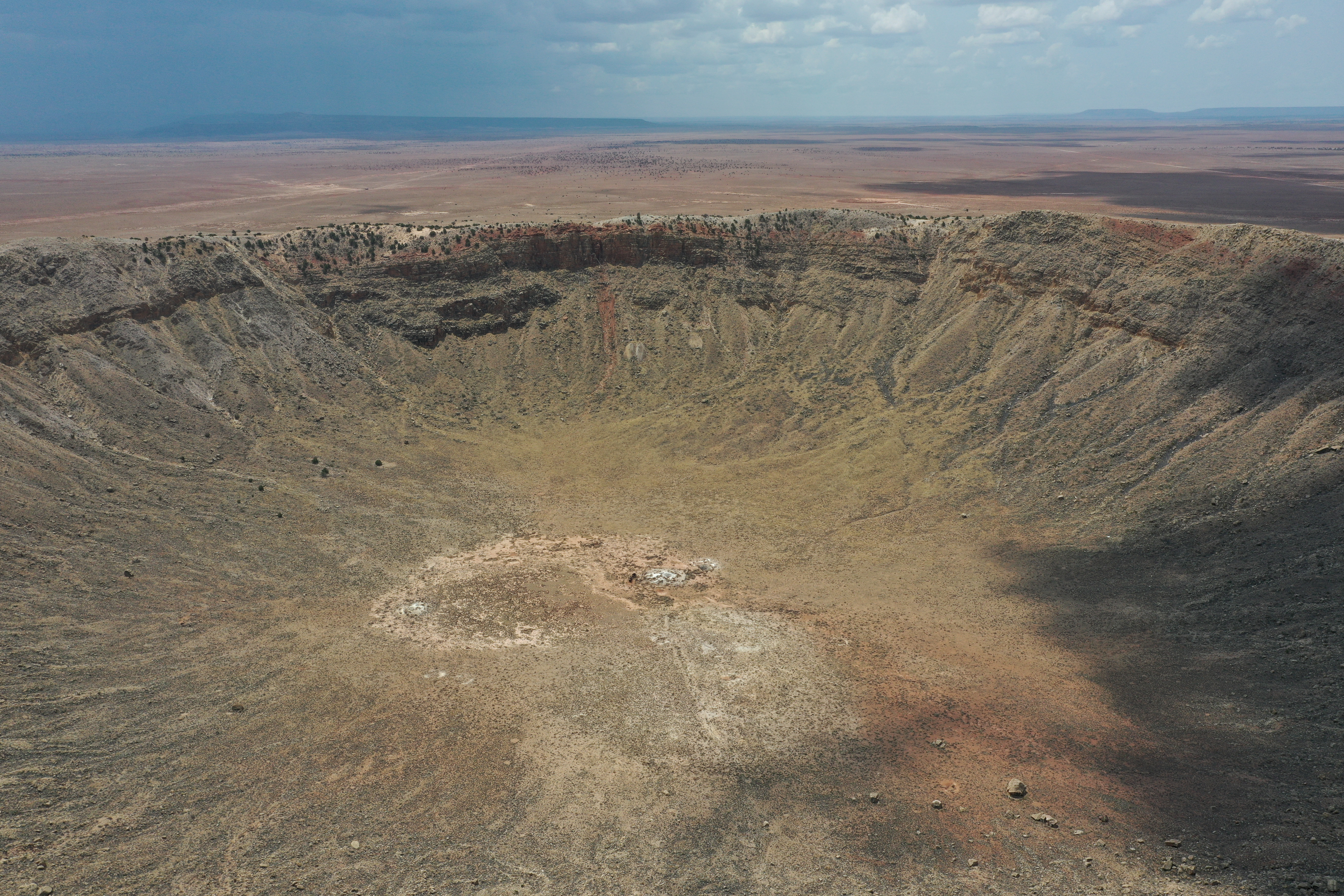 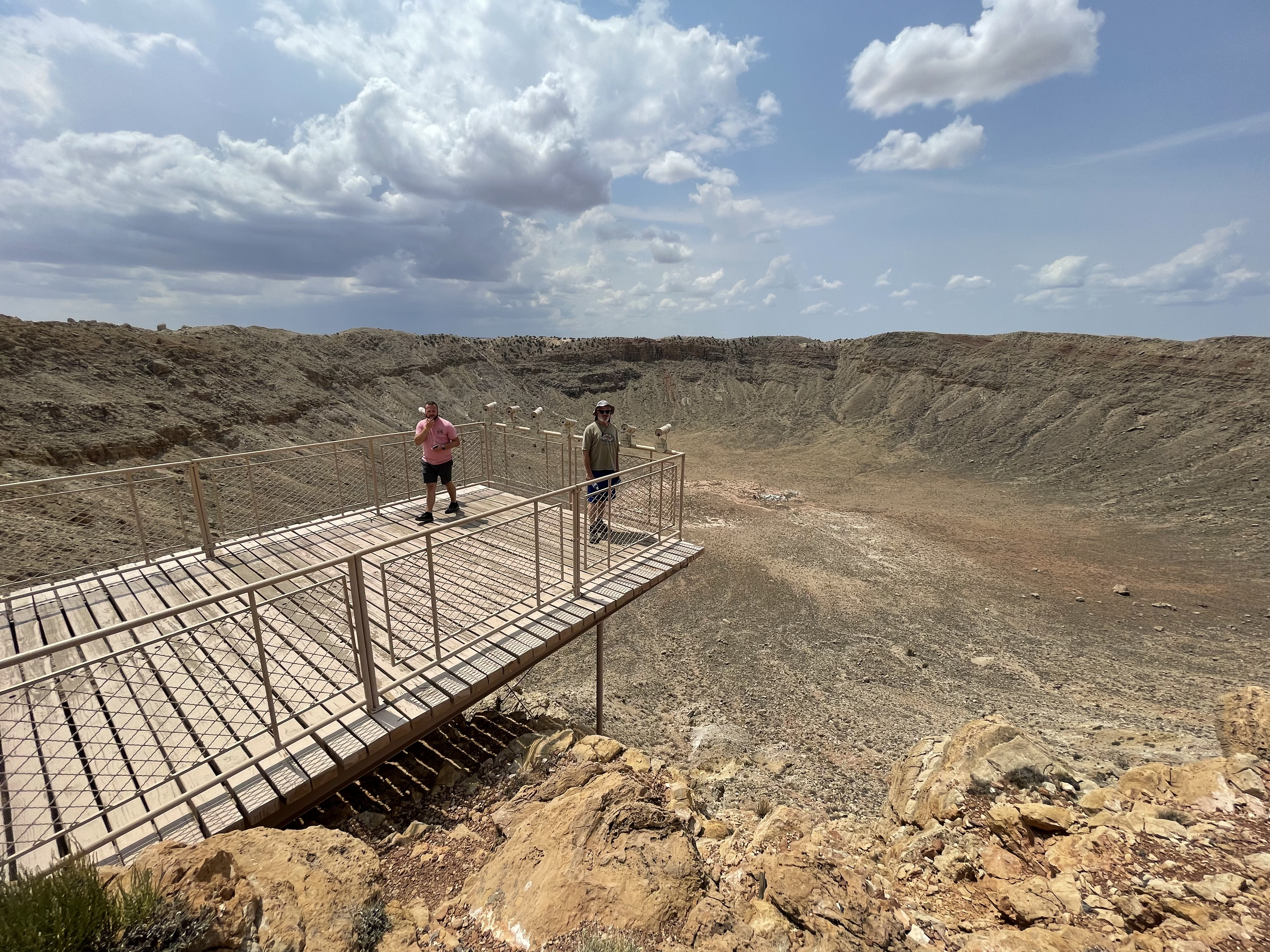 The church is small, but Meteor Crater is huge, and well preserved. It hit the earth about 50,000 years ago with a velocity 150 times that of an atomic bomb.

It is nearly a mile across and over 500 feet deep. To put that in perspective it is “large enough to accommodate 20 football games being played simultaneously as over two million fans watch from the sloping walls.” 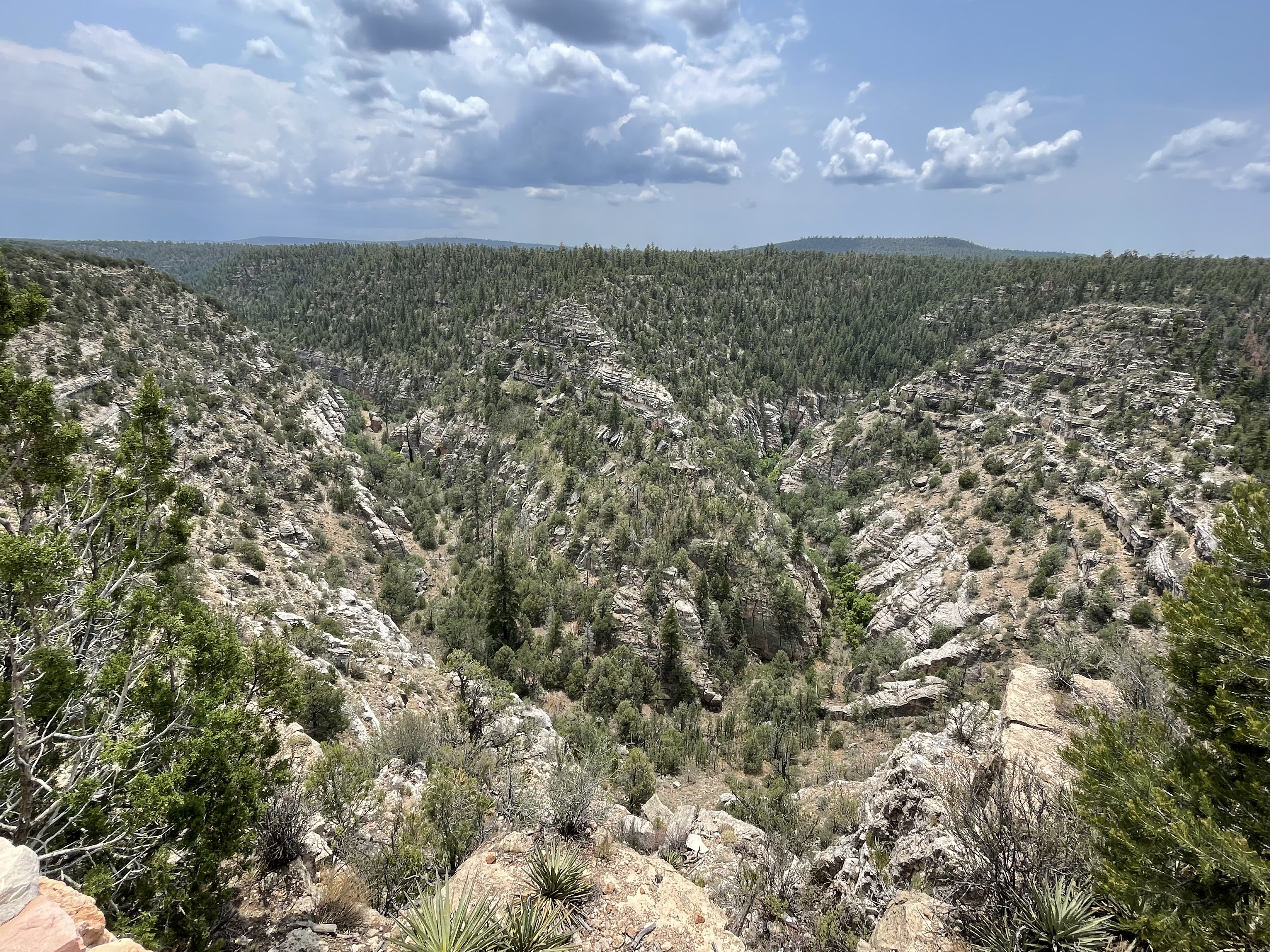 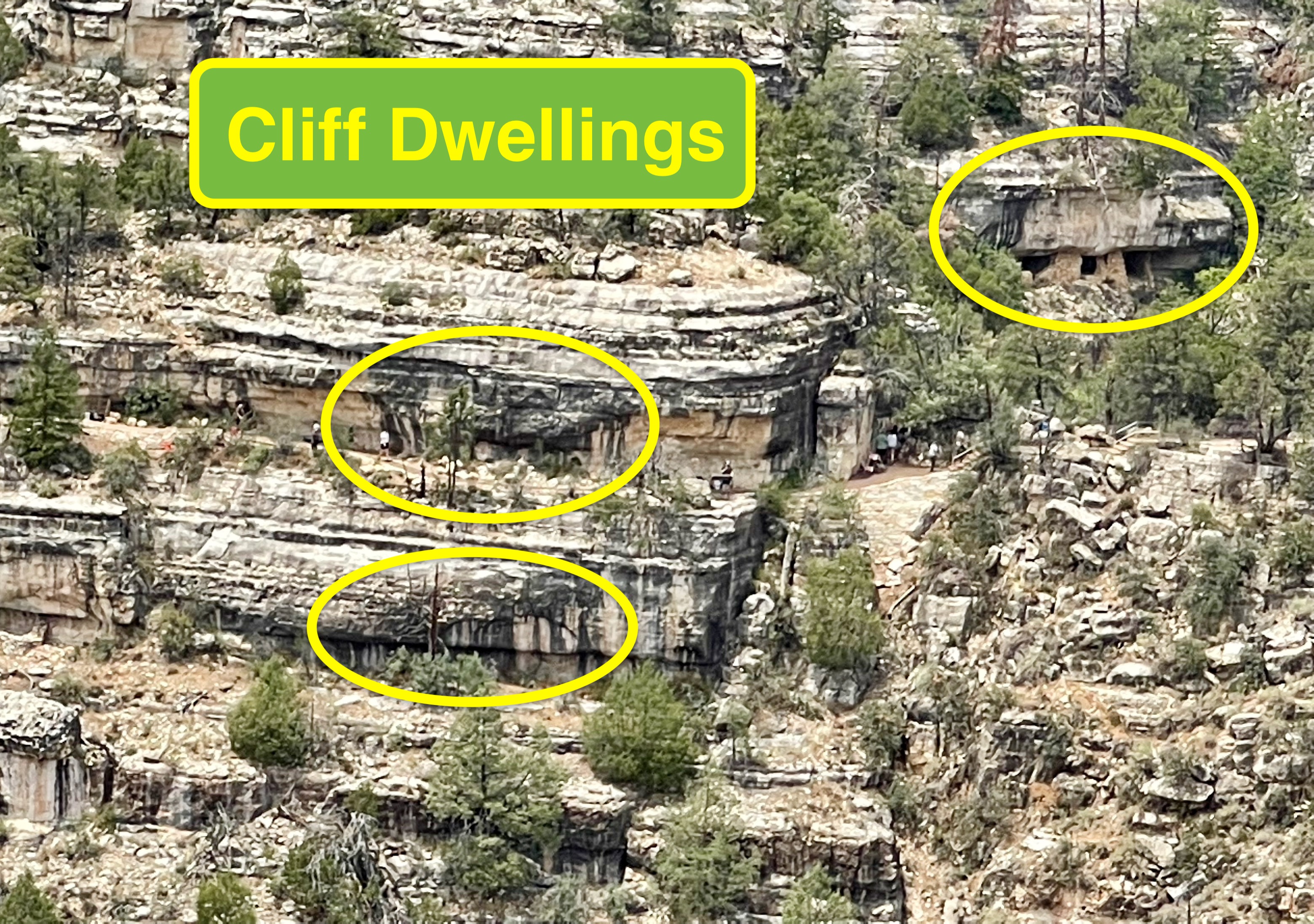 Our final stop from Winslow to Sedona was at Walnut Canyon National Park.

This area was inhabited 3,300 years ago. I’m not sure they couldn’t find a better spot given the terrain and water situation. They had to collect water in the winter to have any in the summer. 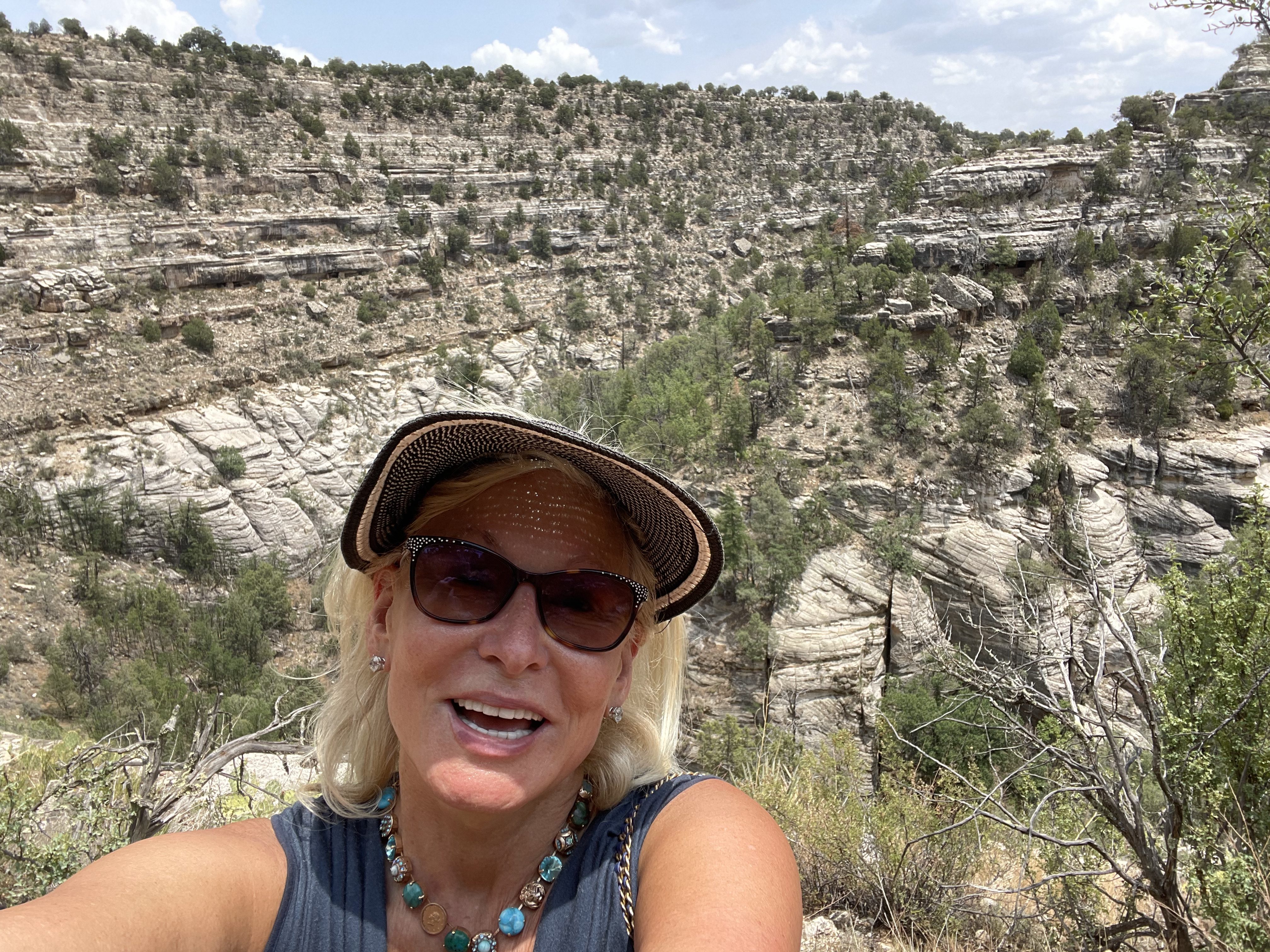 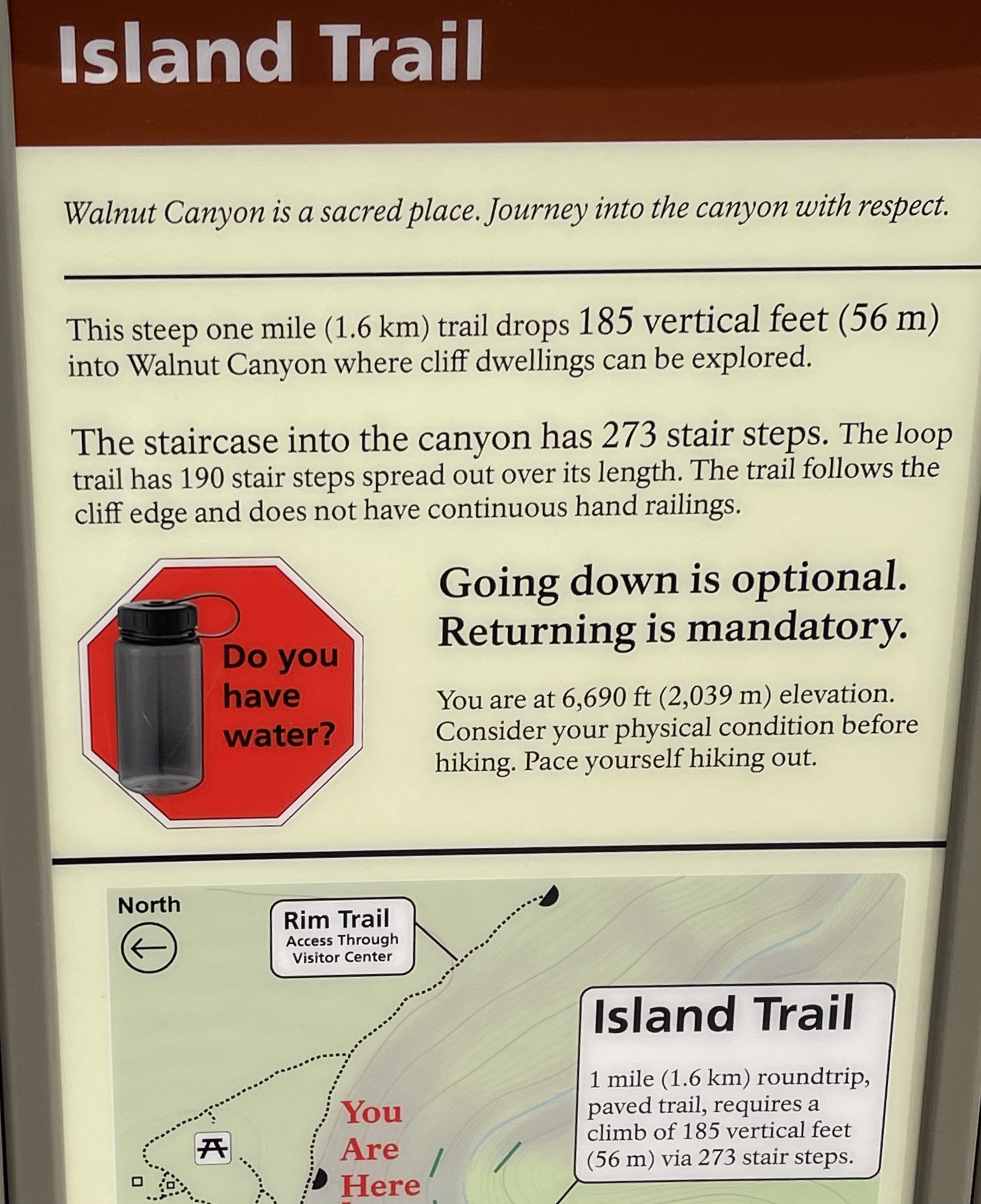 It makes for a fascinating hike with very photographic viewpoints. Of course Allyn hiked down (alone) and said there were two people that needed help coming back from four rangers. It is a brutal combination of many steps, high elevation, and 100+ temperature.