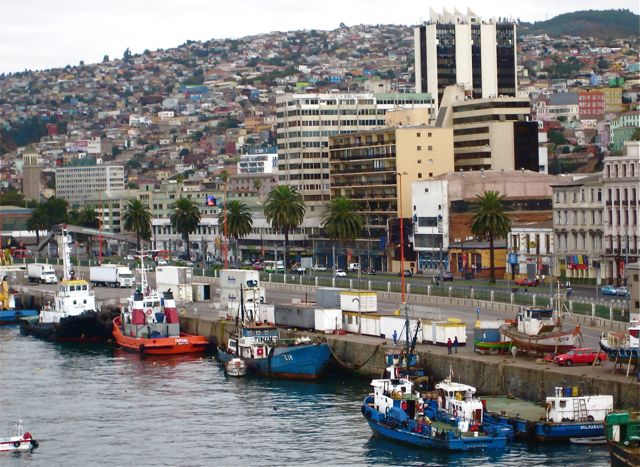 Valparaiso is the logical port to finish leg two of our world cruise. It is the largest seaport in this part of the world. It is the port for Santiago, which is home to 6 MM of Chile’s 16 MM inhabitants.

You know it has seen better days though, when all the tourist media point out that it just has not been the same since the Panama Canal opened. 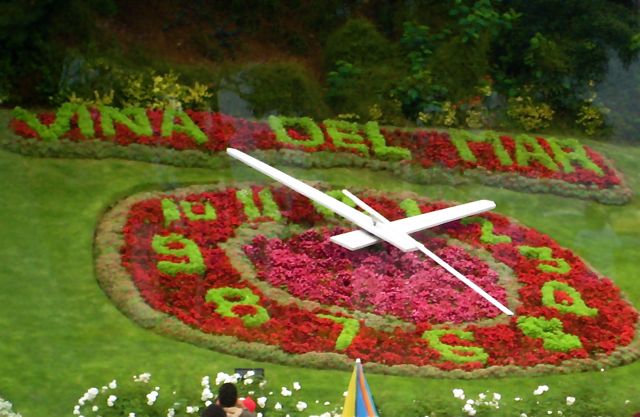 Just a few minutes down the road is another city, Vina del Mar, which like Valparaiso has a population of 300,000. It is a nice seaside town, for an one-hour stroll. If you wanted to have lunch, it would be fine for a couple hours. Thier landmark is the Flower Clock (above).

It was interesting that after just being in nature for ten days, how awkward it felt being around all the people this afternoon. It makes me happy I didn’t waste the four hour round trip to Santiago. 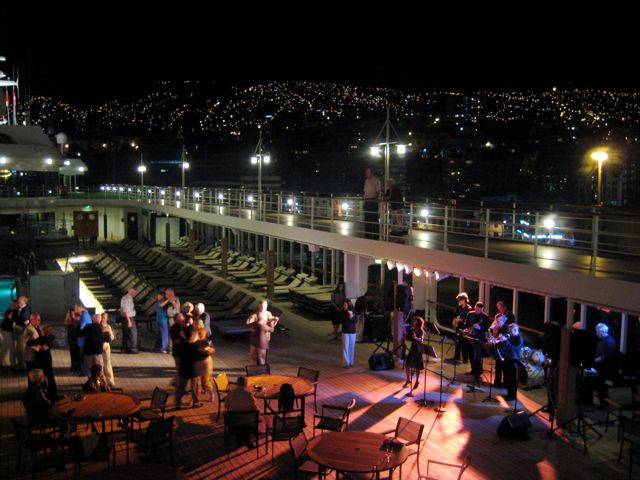 We had a sail-away party on the pool deck to start the cruise tonight. Those are always festive and nice.

I’m happy to say I set out on this journey with a goal of losing weight on every segment. I am now two for two.

Here are some Chile facts for those of you who are as uniformed as I was:

1)  Chile’s climate is varied – You have my pictures of icebergs and glaciers. But in the North is the Atacama, the driest desert in the world.

2)  Chile is not a dictatorship – Although Pinochet just died one year ago, he lost the elections in 1989. Since then, a left-center coalition rules Chile through a stable and free democratic system. Pinochet was a bad guy: the ususal, killings, stealing, prison, torture etc. His coup d’etat was made possible by our friends at the CIA.

3)  Chile is not a coffee producer.