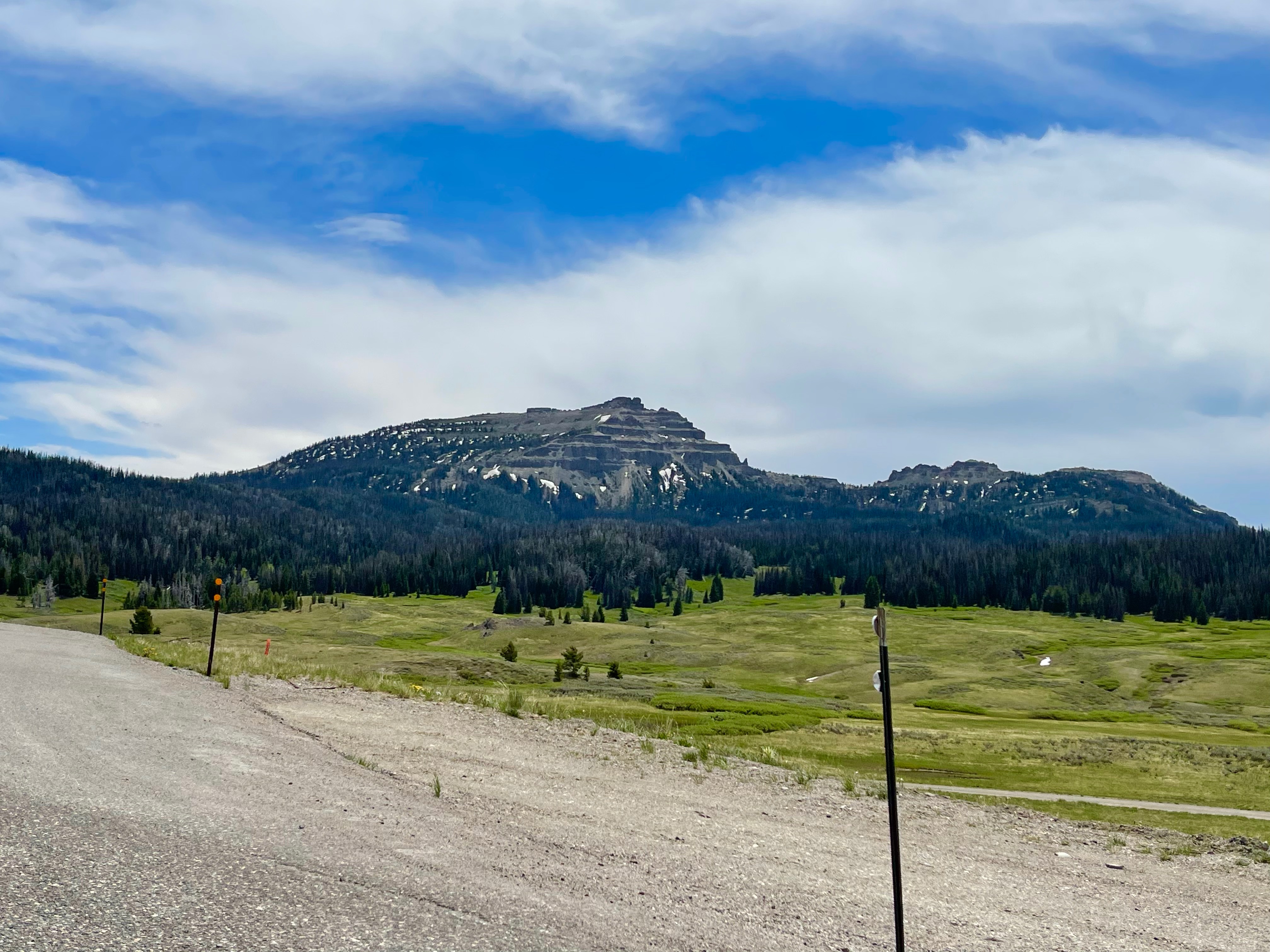 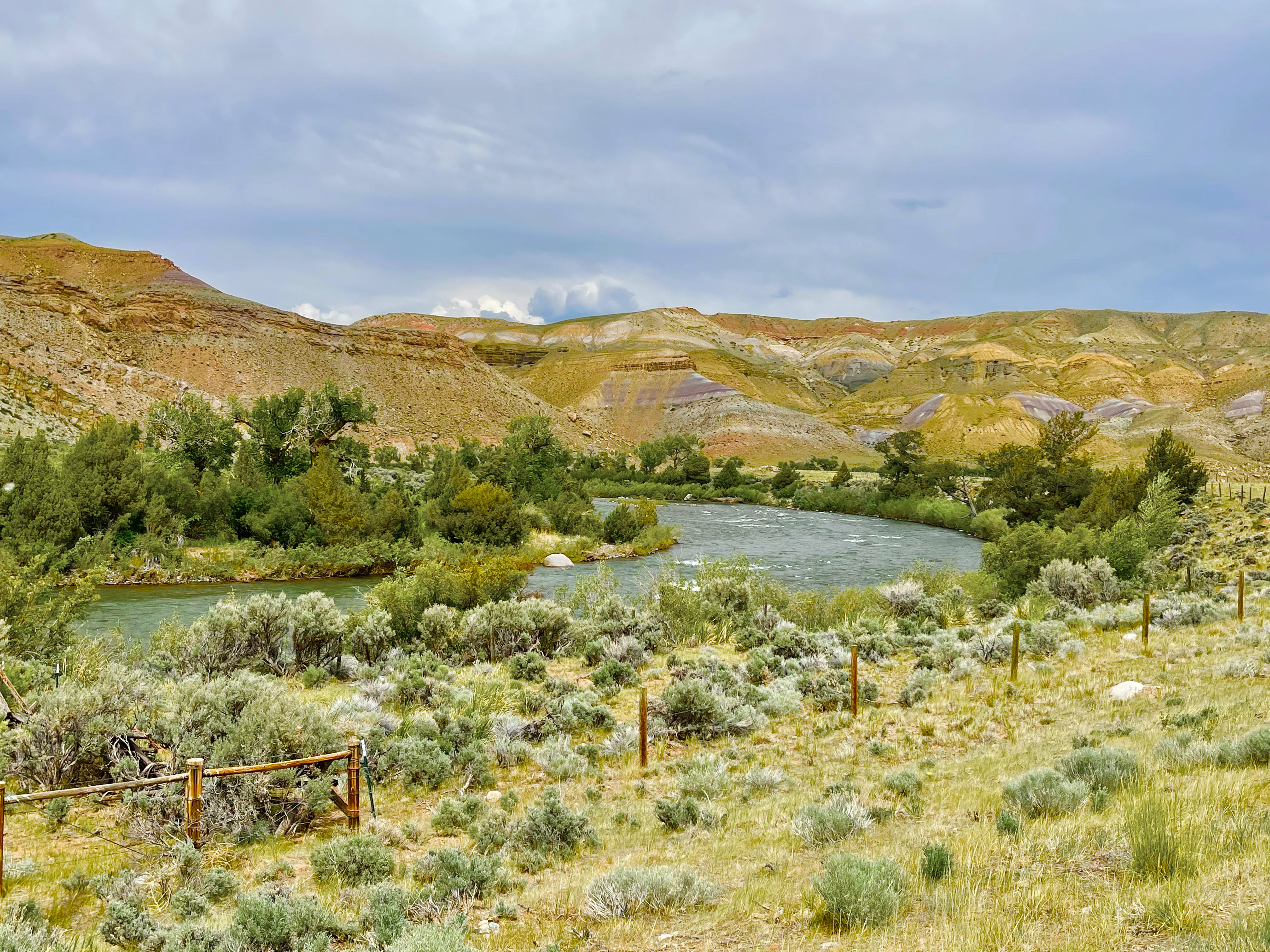 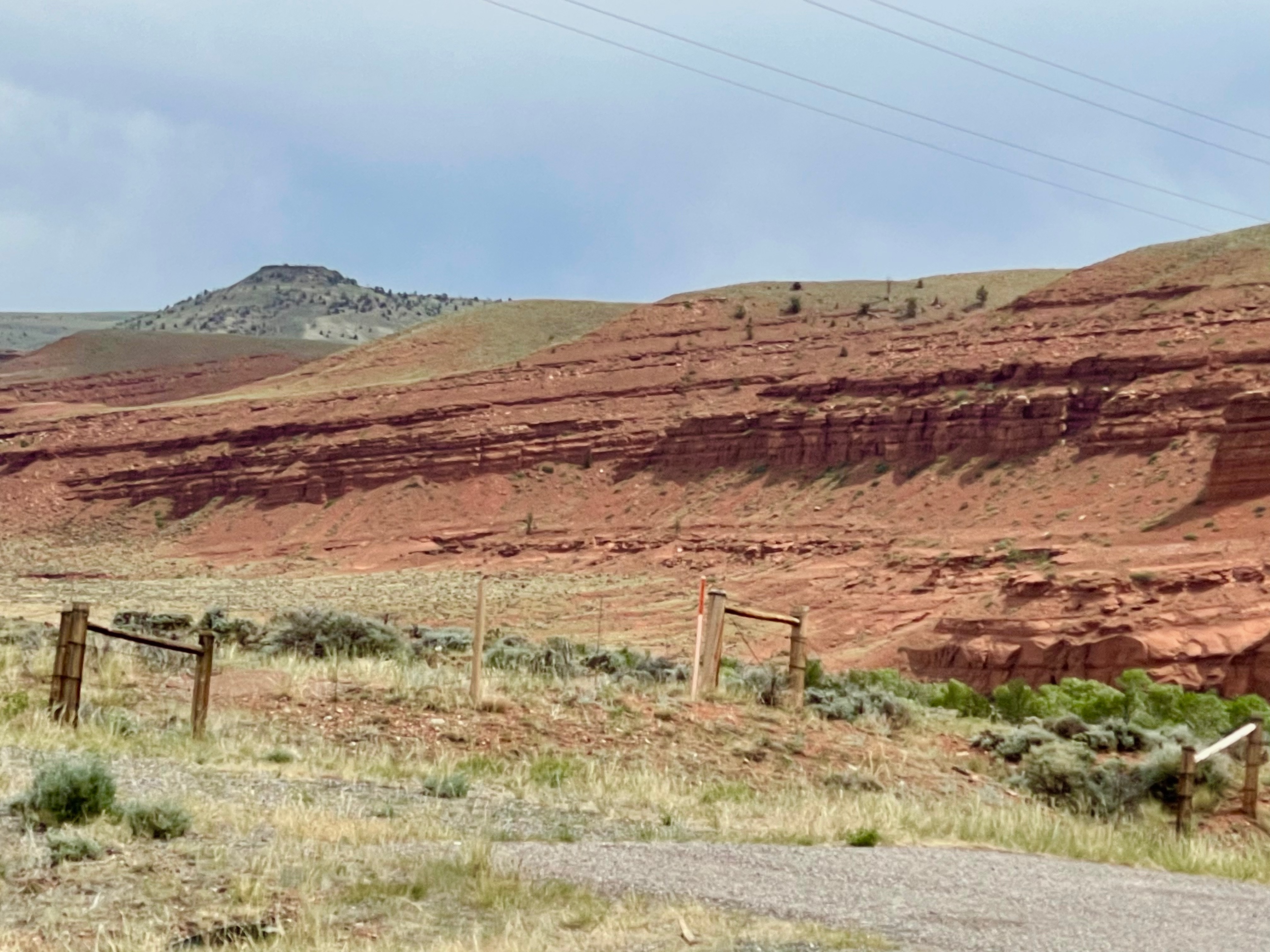 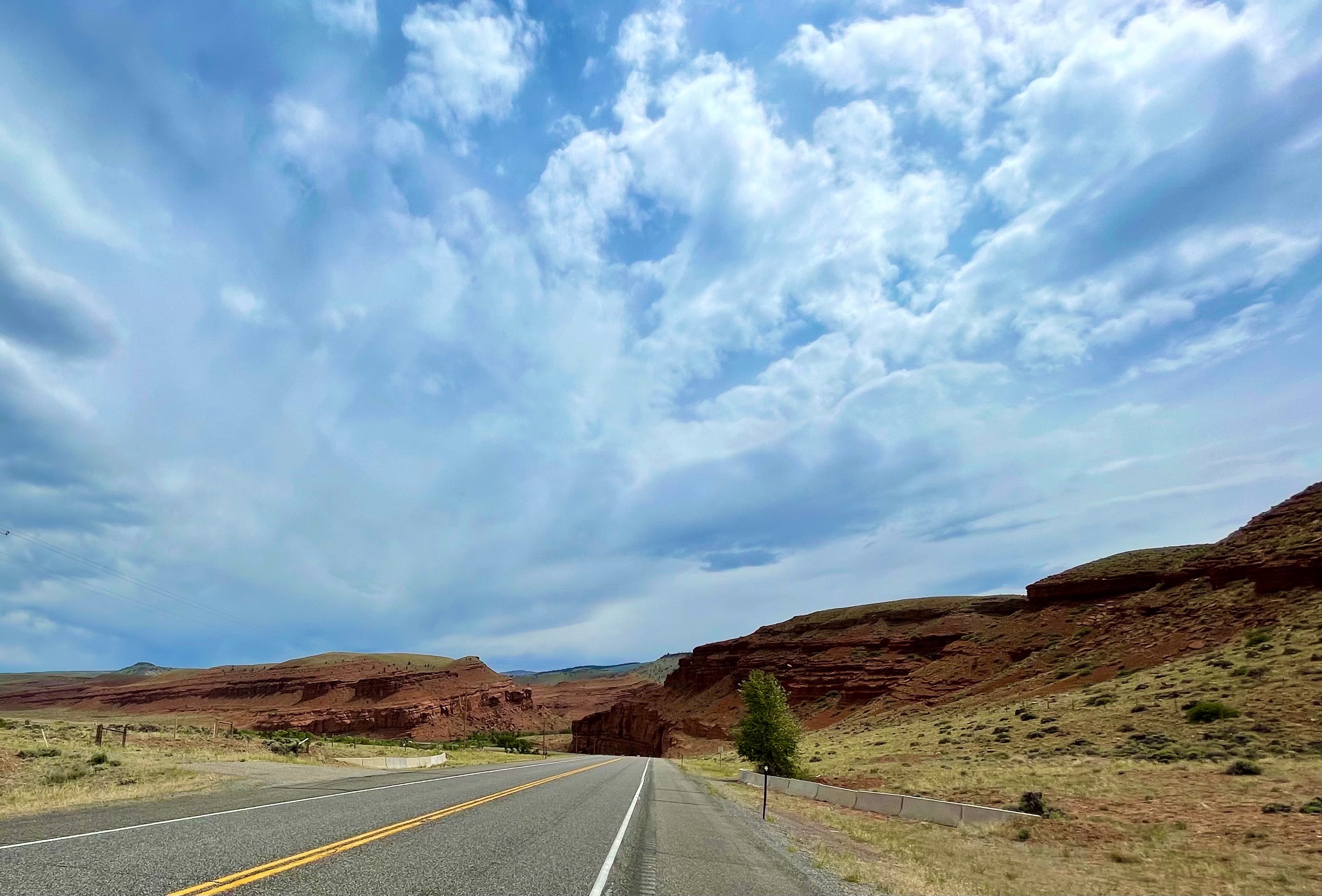 After spending time in Yellowstone and Grand Tetons, we didn’t expect much beauty heading east towards South Dakota. We were wrong. There were so may colors along the way that we just are posting a few photos rather than have some big geological discussion. 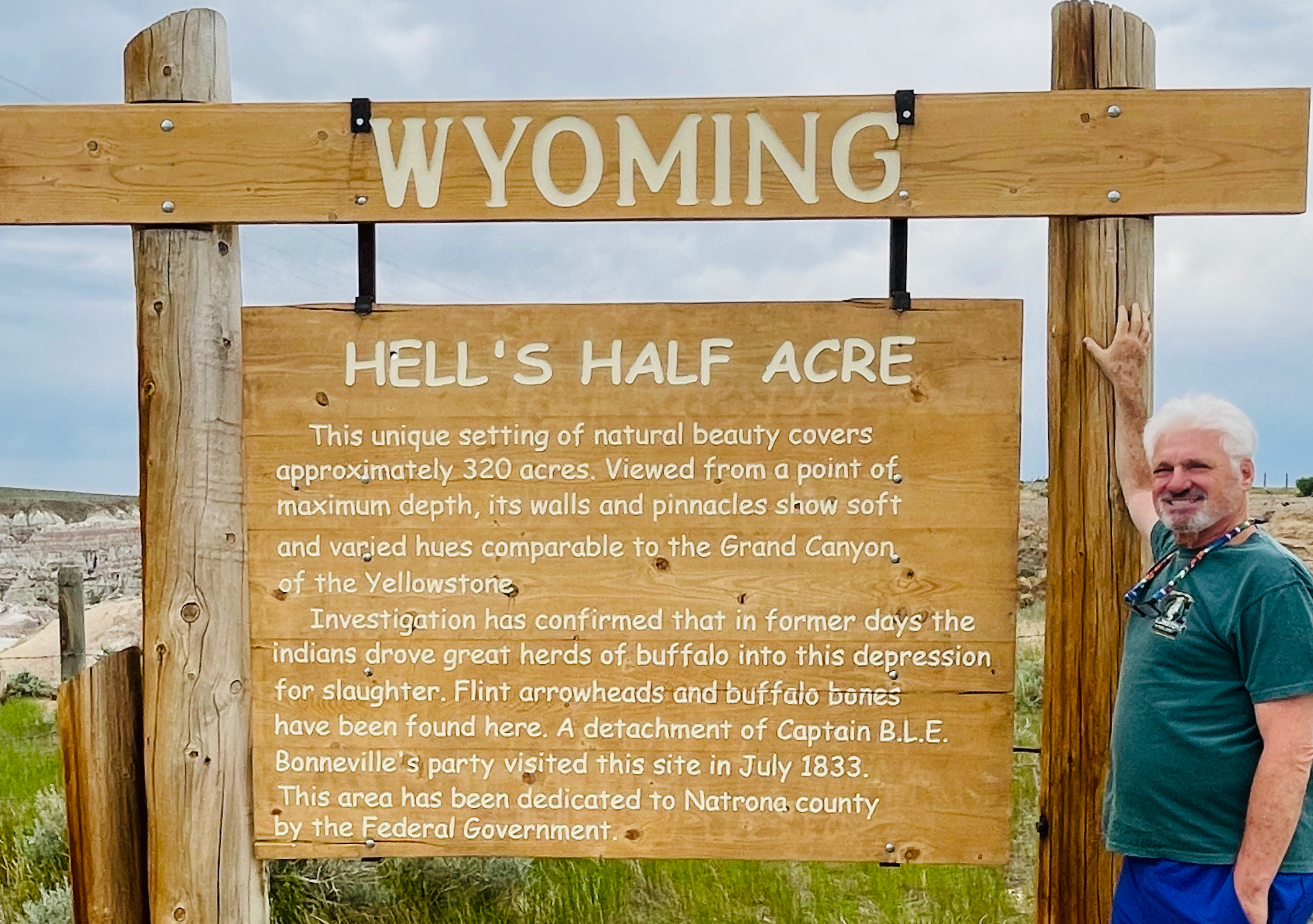 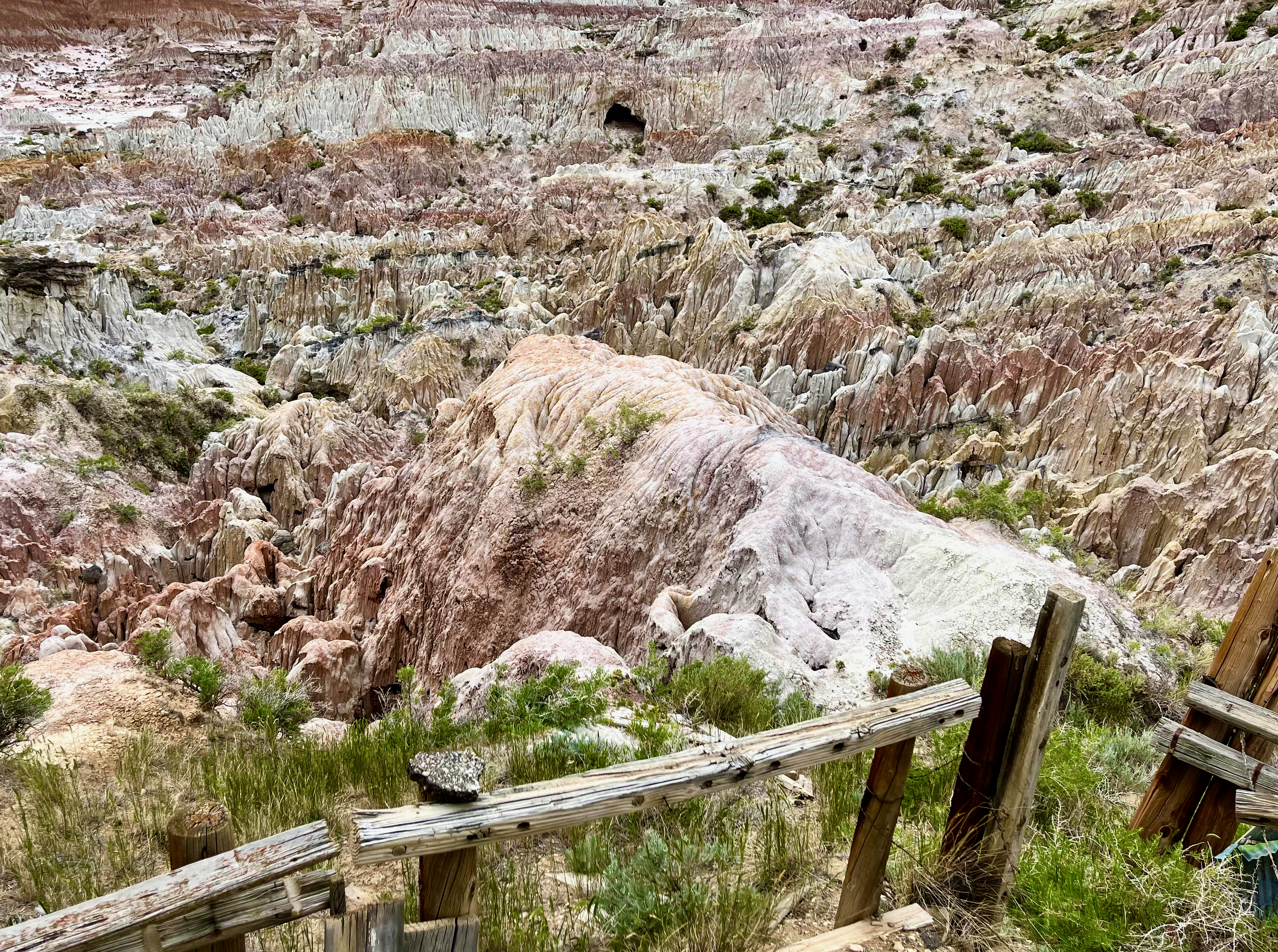 Then along came a place called Hell’s Half Acre. This weirdo looking geological wonder sits in the middle of relatively flat territory. You can read the sign in the photo to learn more.

Native American tribes would drive bison over the cliffs to kill them during their hunts.

We stumbled on a great Tex-Mex restaurant, The Lone Burrito, right on Horse Creek. Best (green) chile that I have ever had. And, the ambiance wasn’t too shabby either.