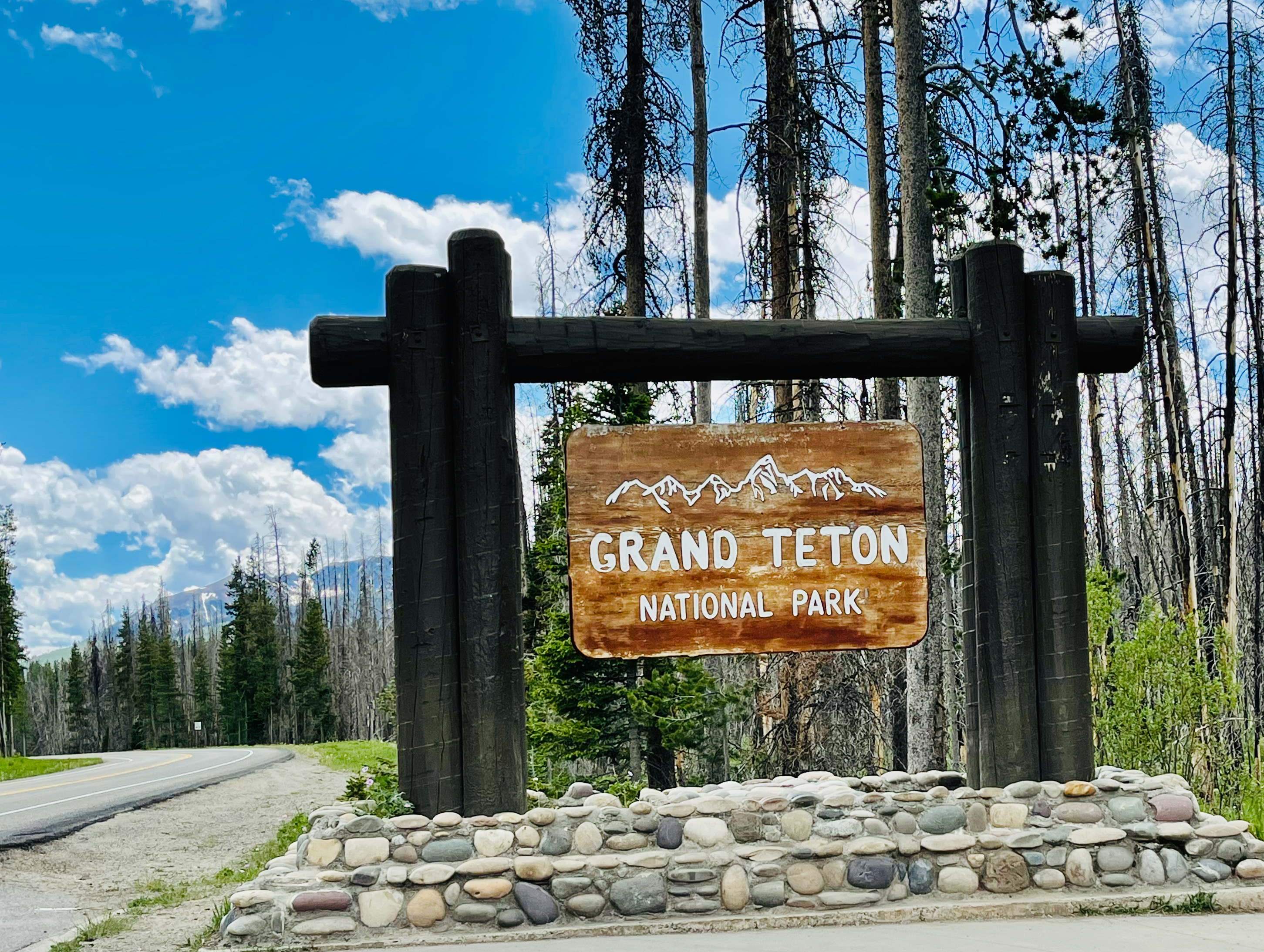 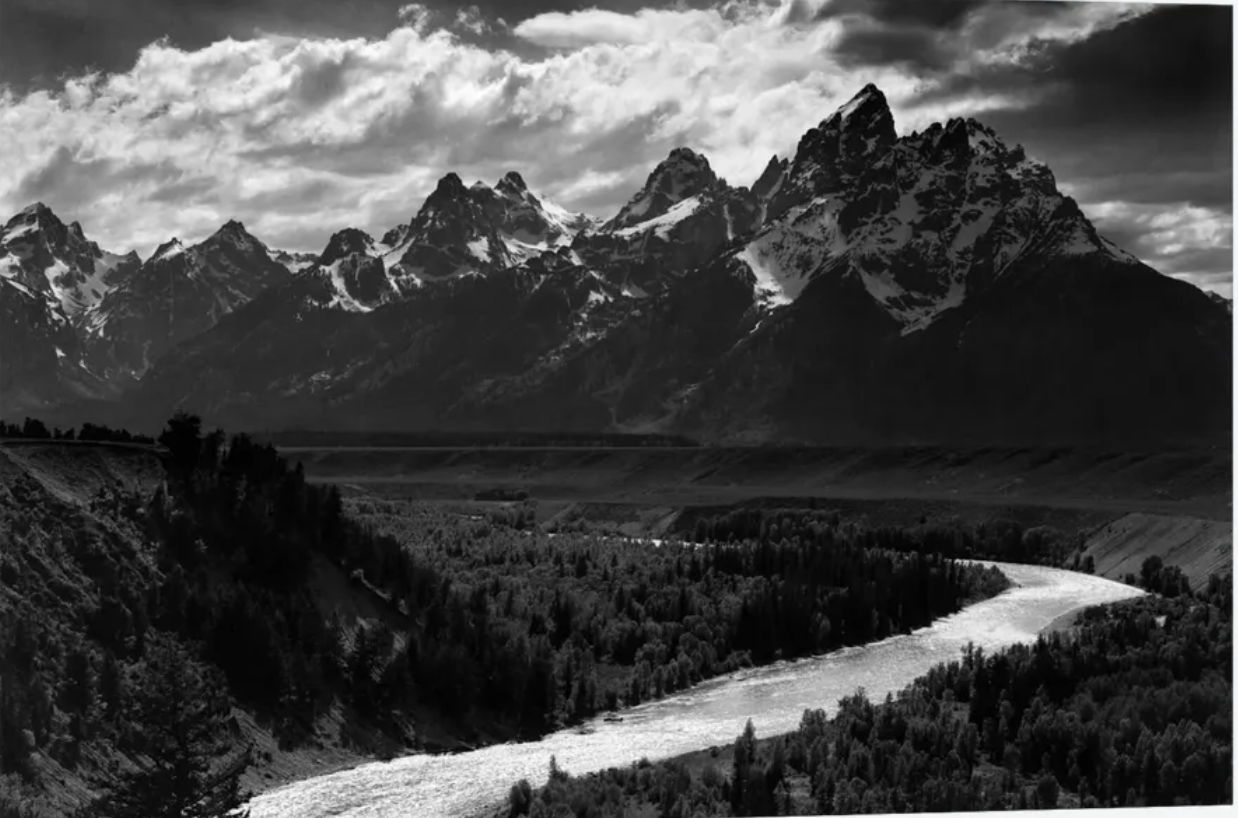 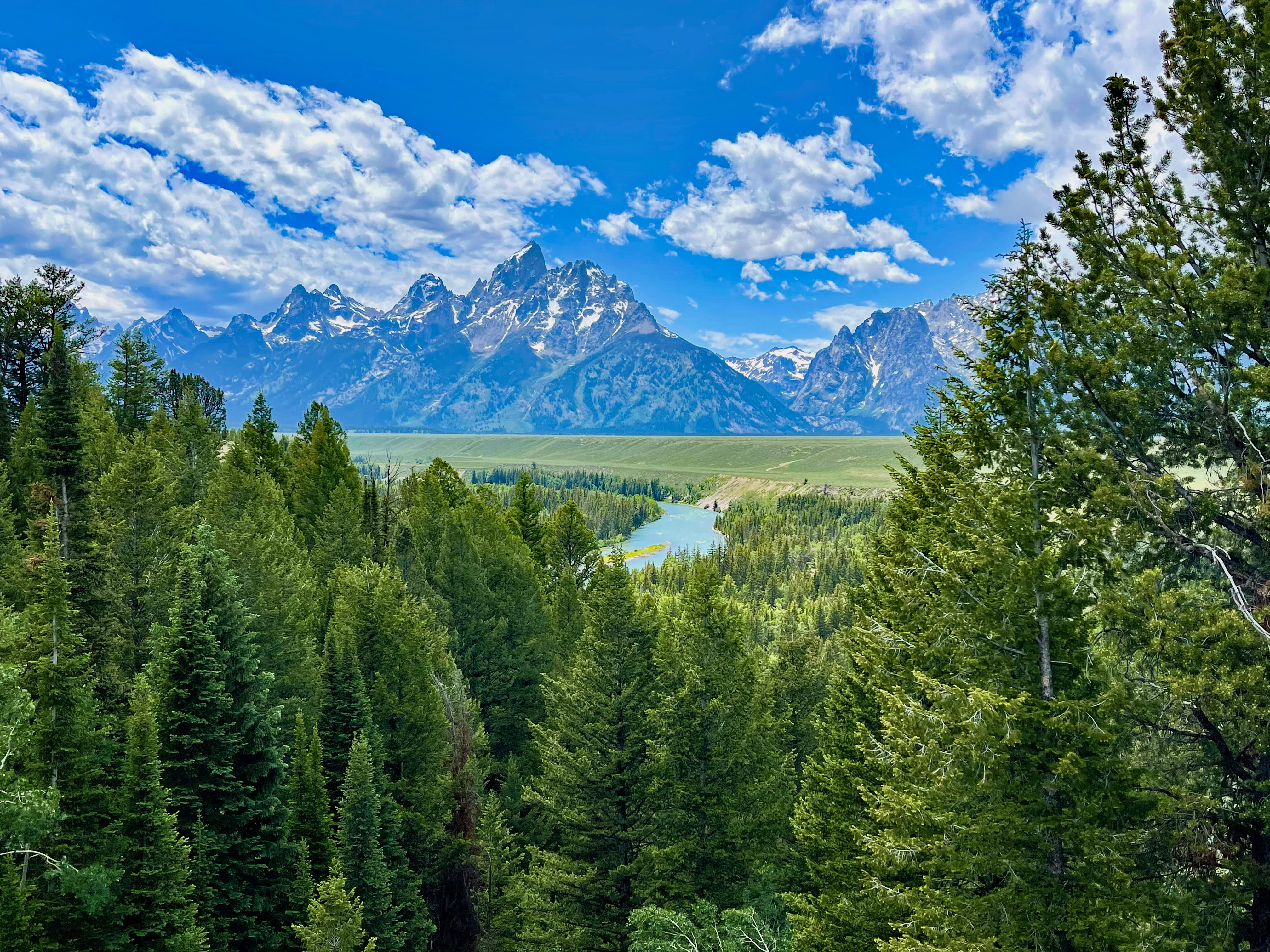 Ansel Adams took a famous photo from here long ago. I like the one Allyn took. 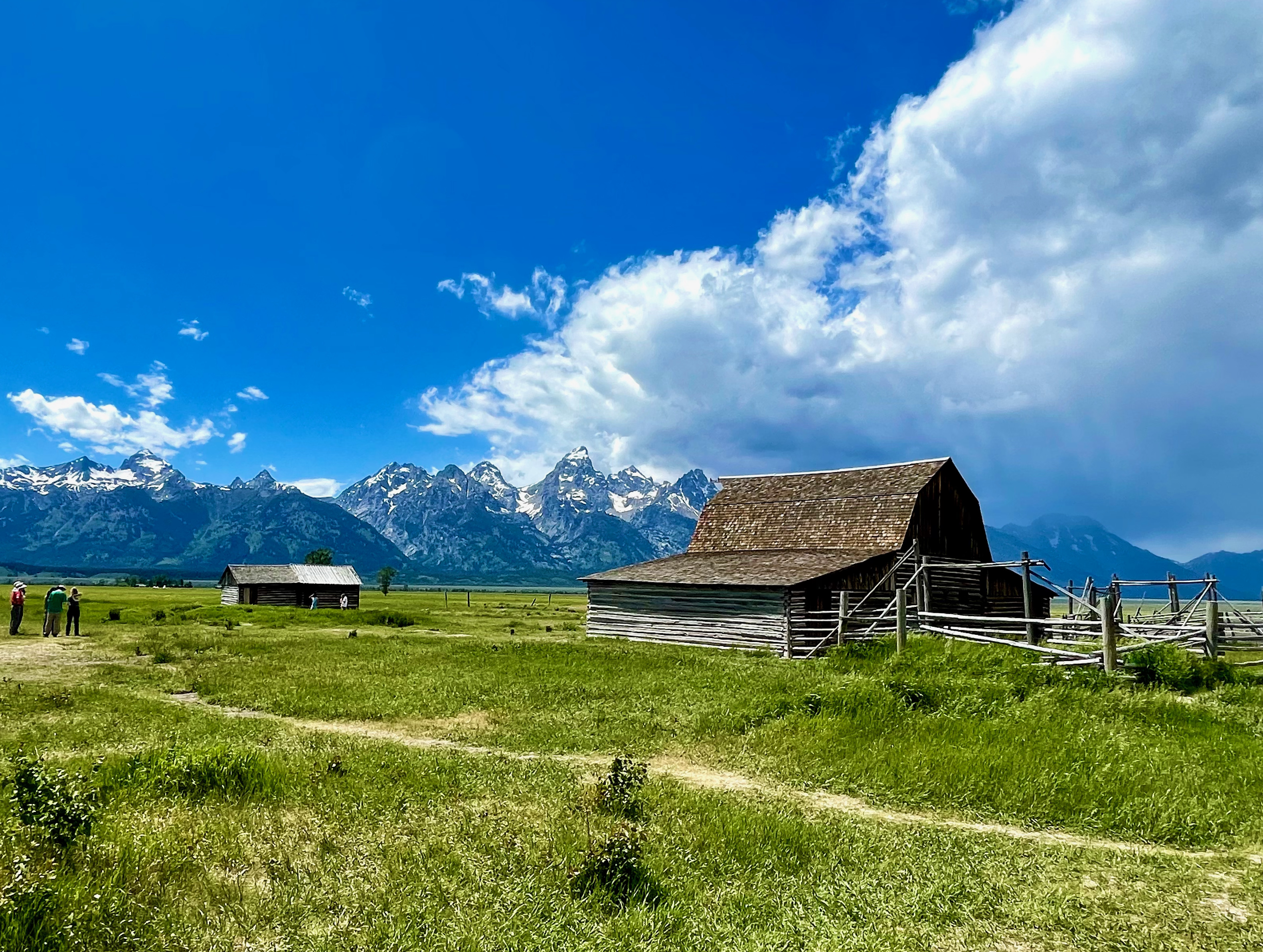 Mormons were amongst the earliest settlers in the valley. Due to the Homestead Act of 1862, which granted land ownership to any person willing to build a house and cultivate the area for five years, this community was able to establish a presence in the area. Settlers secured 27 homesteads that they built close together to share labor and community. That proved to be very beneficial to their survival as other homesteaders could not make a go of it. 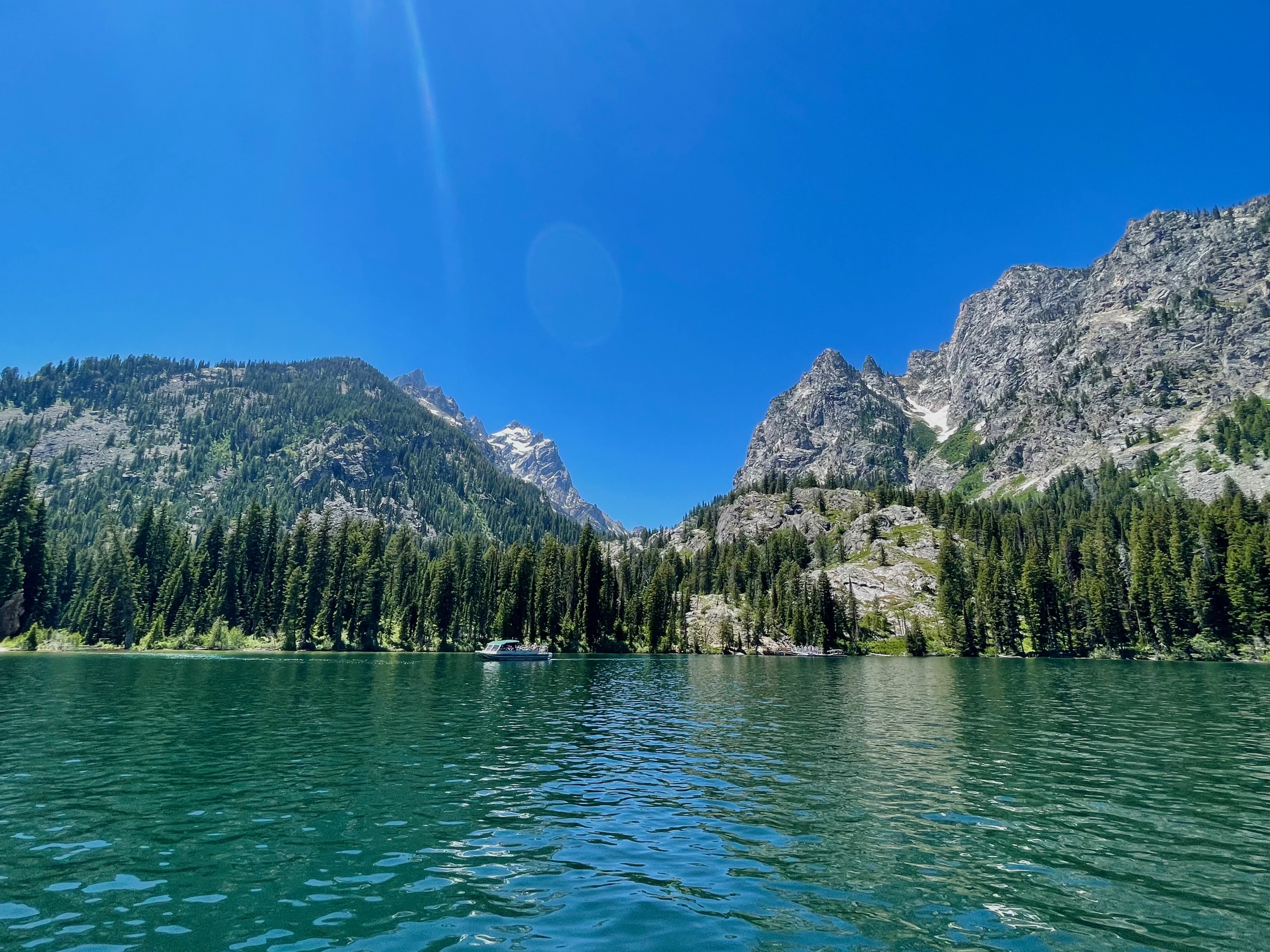 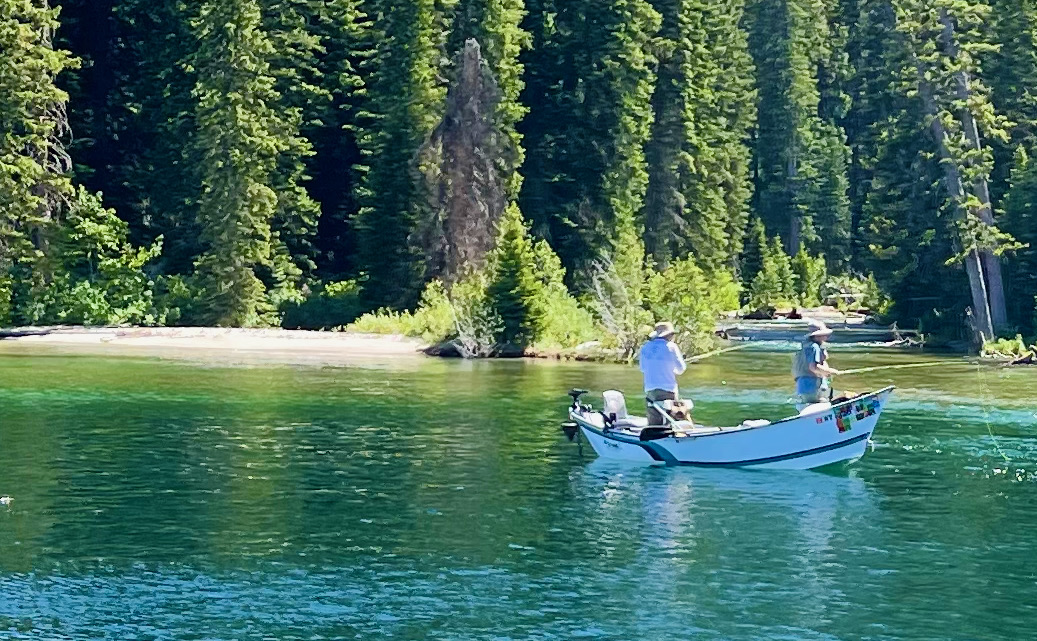 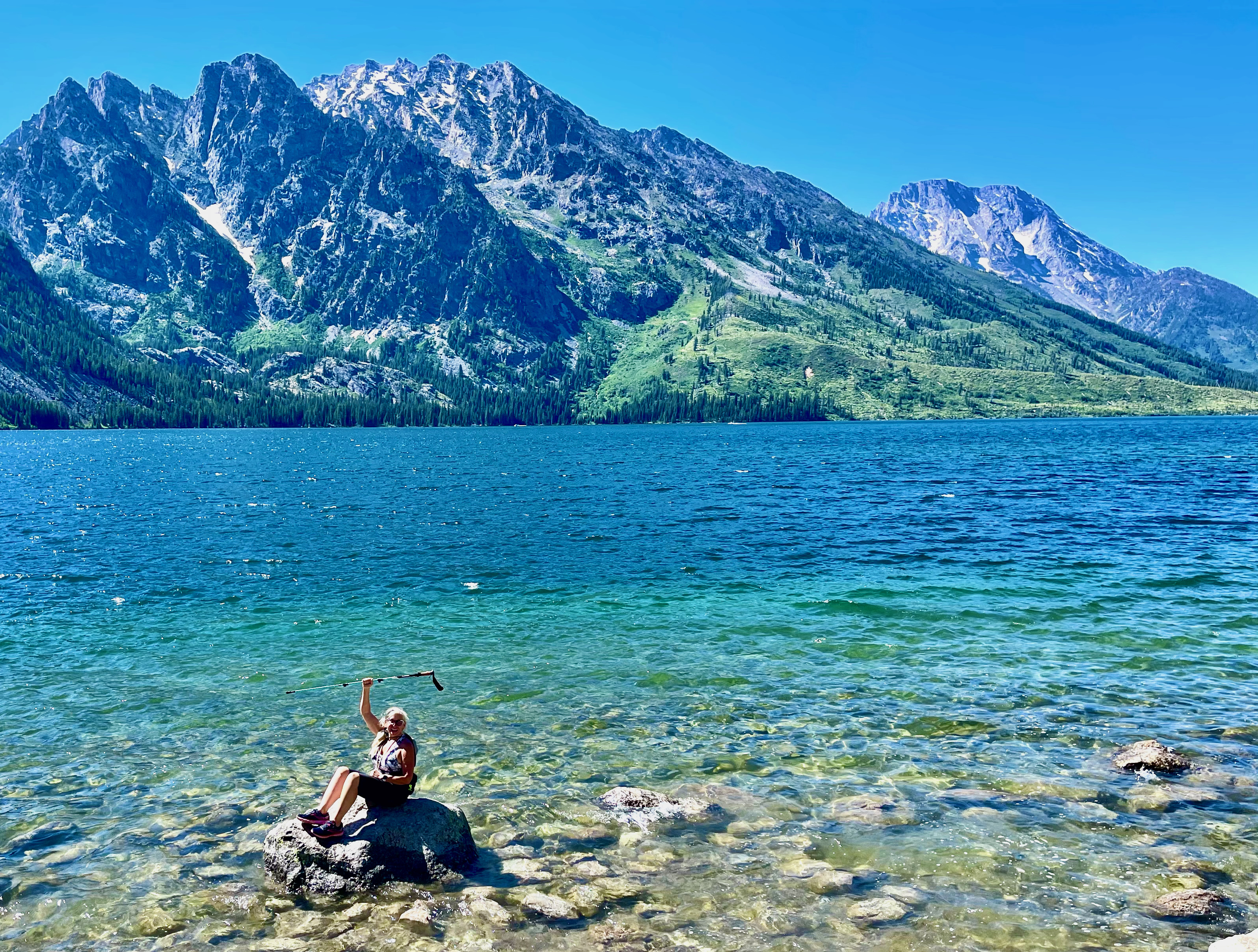 Jenny Lake is one of the most visited areas in Grand Teton National Park. Obviously beautiful, it is also the beginning of many hikes of various difficulty. 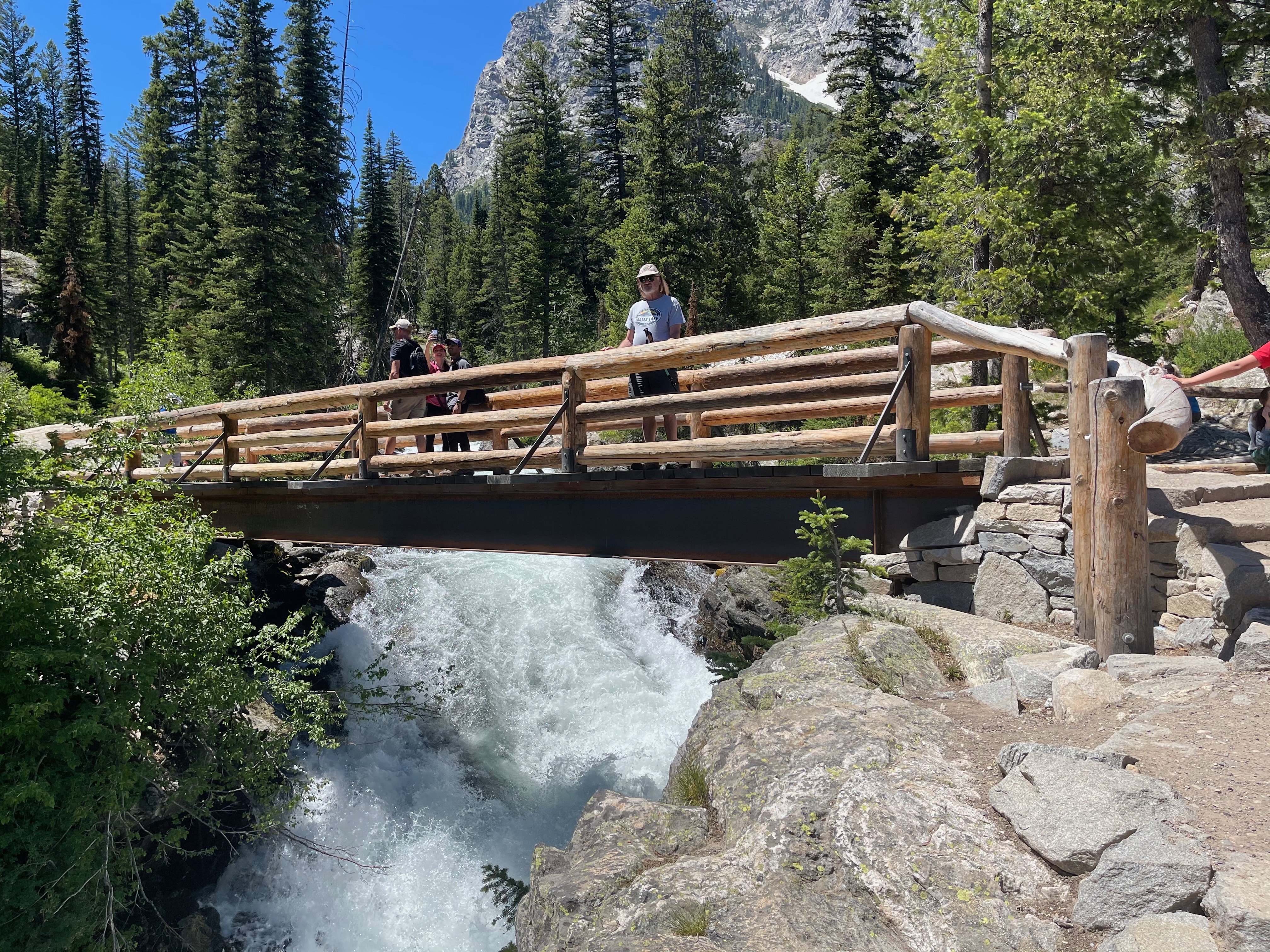 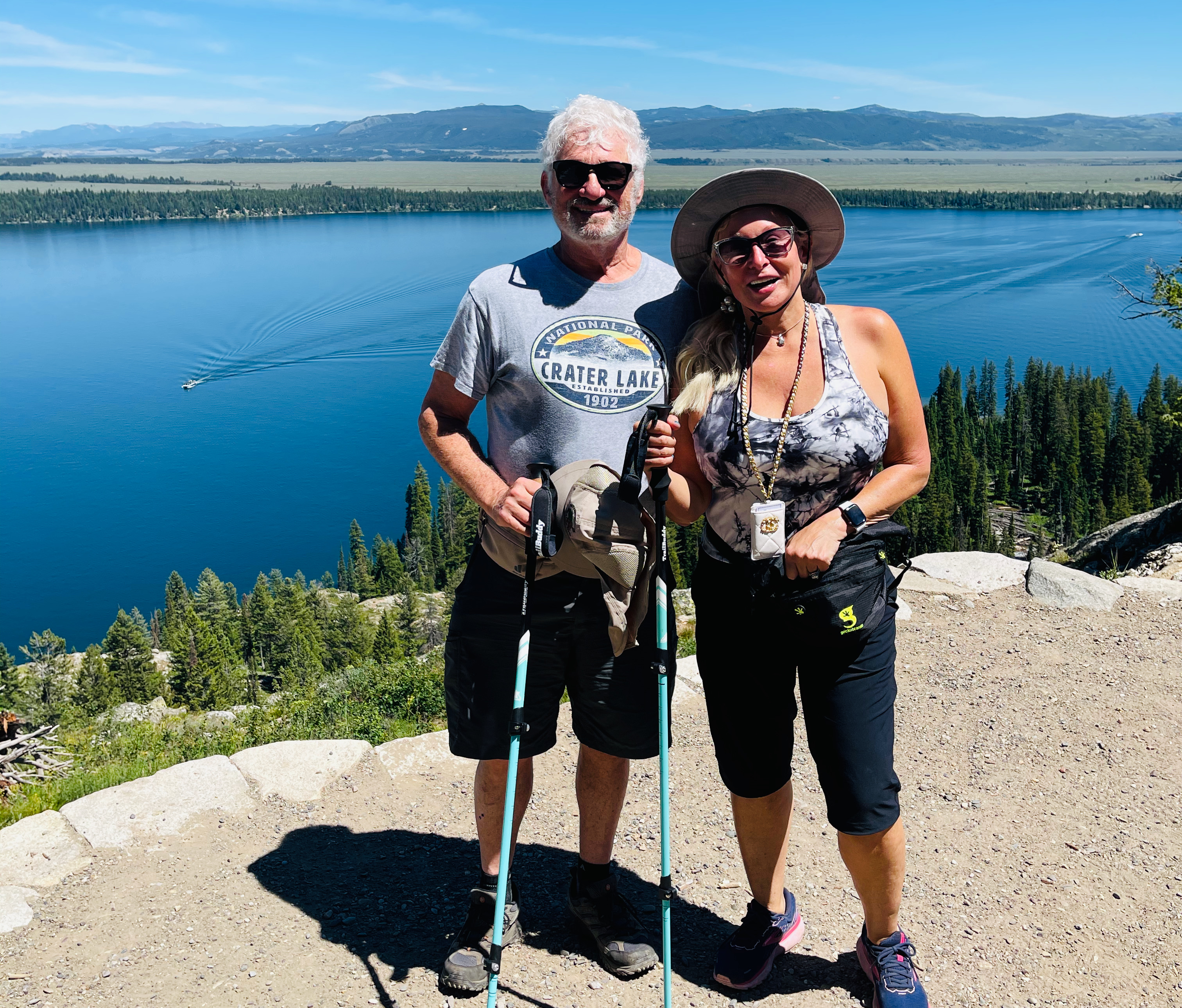 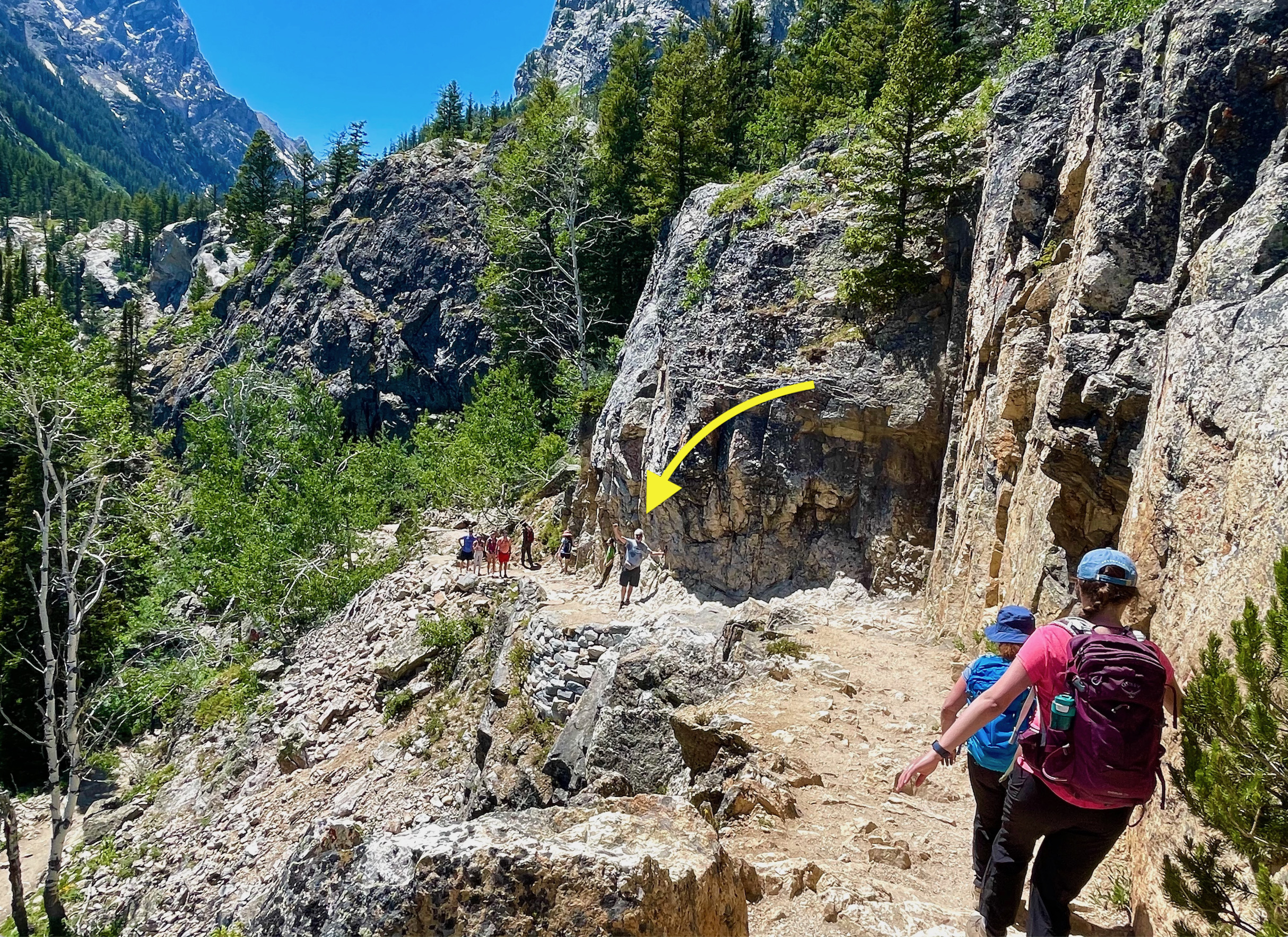 We hiked all the way up to Inspiration Point from the boat dock. It was the toughest hike I had taken due to the steepness and rockiness.  Additionally it was very narrow at times with steep drop-offs. Plus it is 7,000 feet high. 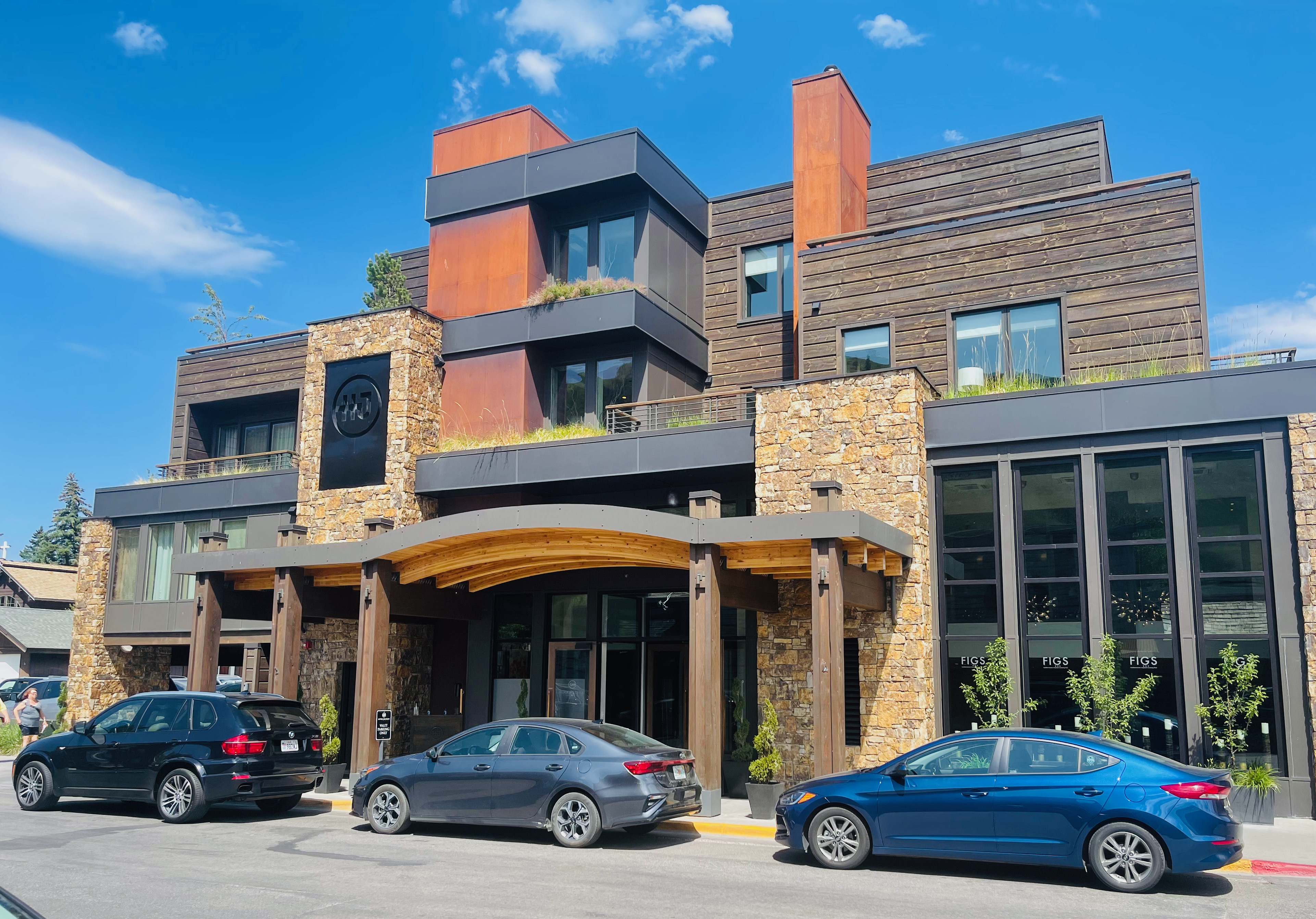 We stayed at the absolutely fabulous Hotel Jackson. 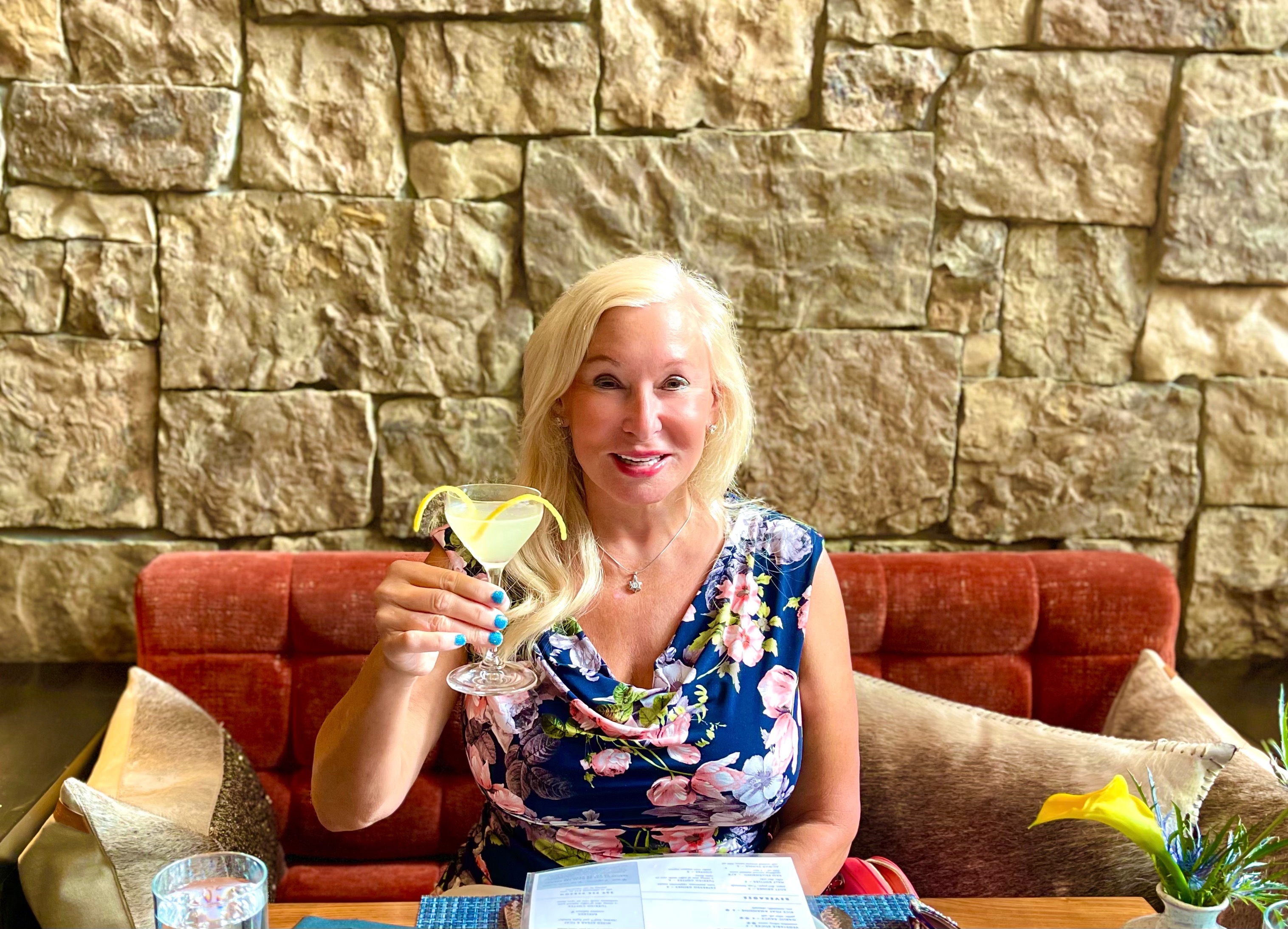 We also had dinner at Figs, in the hotel, twice in three nights because it was so good the first night. 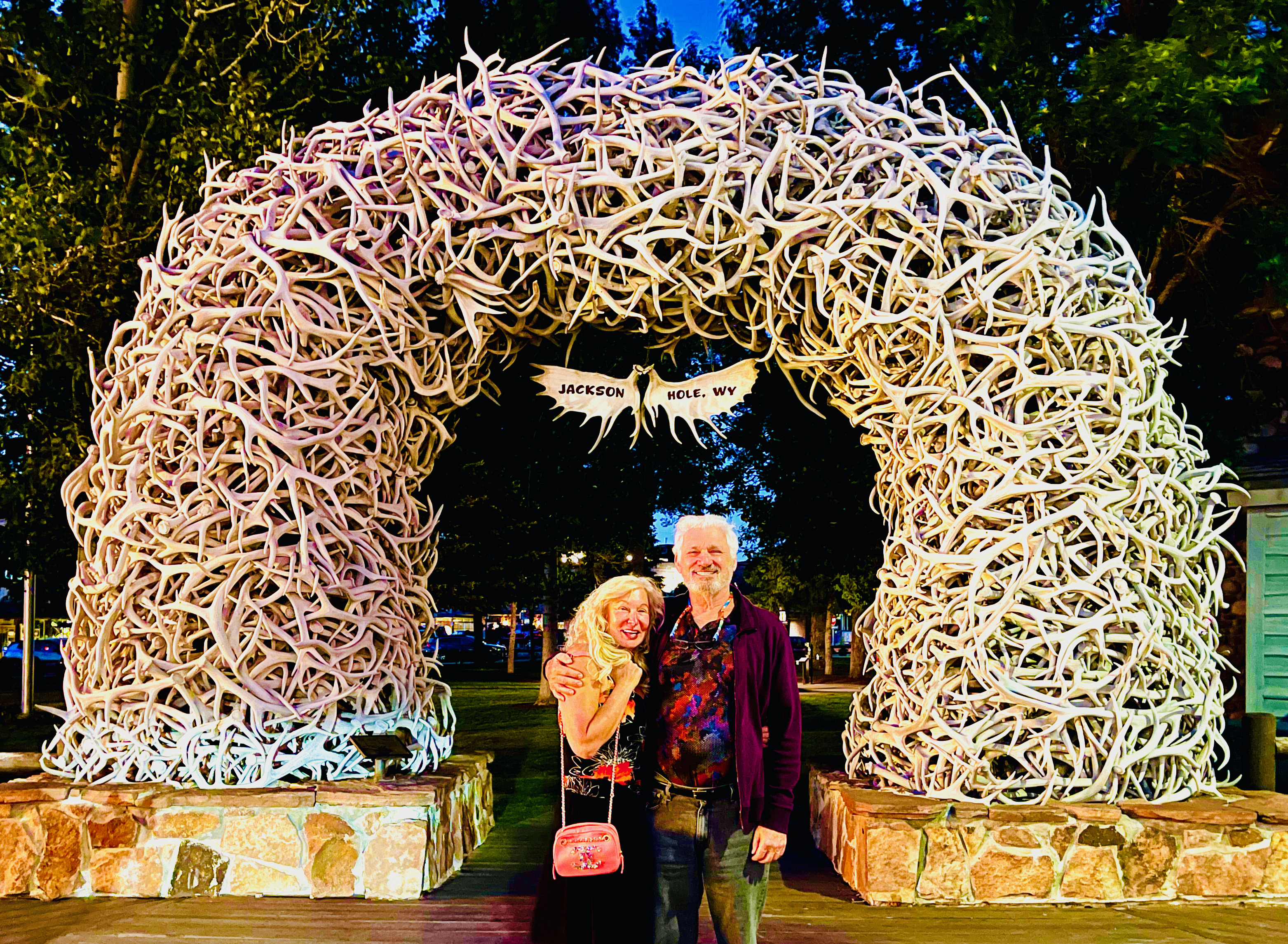 It seems to be mandatory for tourists to have a photo taken at the Jackson Hole’s Elk Antler Arch.

This cute resort town loaded with cute shops and restaurants.

The community has become extremely popular. The joke around here is that it is becoming so popular that the billionaires are driving out the millionaires.