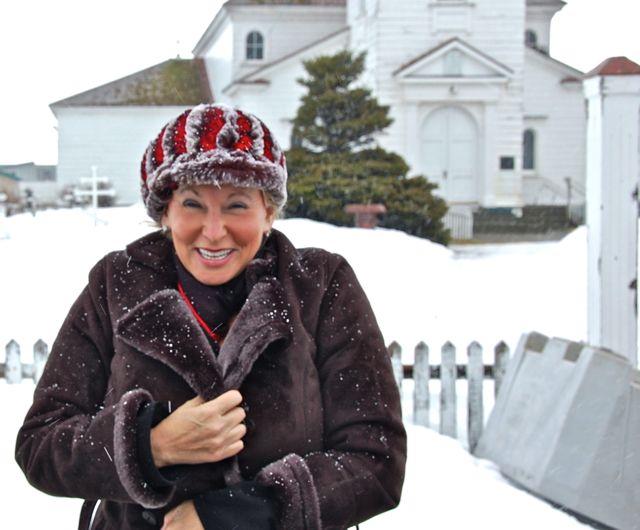 Dutch Harbor has become synonymous with Unalaska and is much better known thanks to the popular TV series The Deadliest Catch. Whatever you call it, it is cold here at the end (or is it the beginning) of the Aleutian Islands. 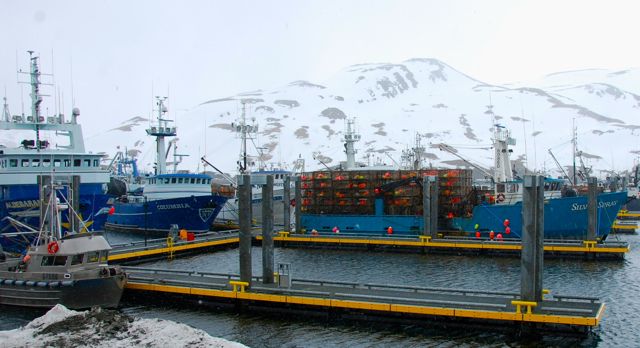 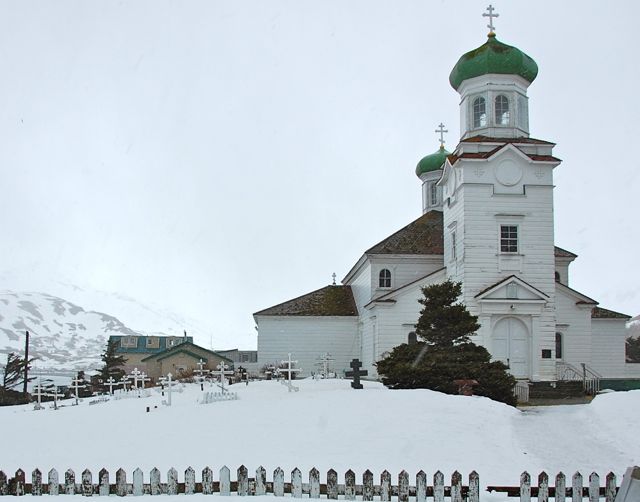 After five straight 23-hour days (travelling east) we are back to North America. We are still very far north and as far west from Seattle as Seattle is from New York.

We tried to locate some of the famous fishing boats, but they are mostly now tied up in Seward or Kodiak as the season is over. 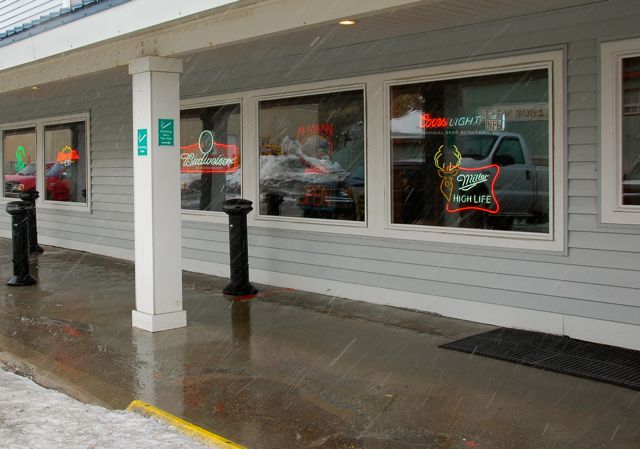 We visited the famous bar from The Deadliest Catch where the guys watch TV and make their sports bets. It turns out that the crews spend no time in town as the time here is too valuable. It’s just TV and is shot in the states someplace. 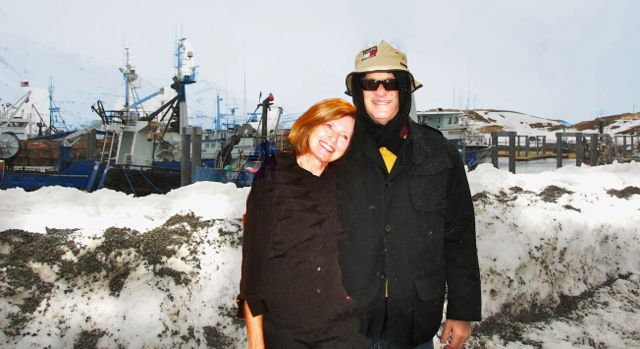 We love the sea days. Allyn and I have been learning Photoshop Elements in order to edit our photos better. Here I am with her good friend Janet overlooking the harbor. What’s cool is that Janet is really in Southern California today.