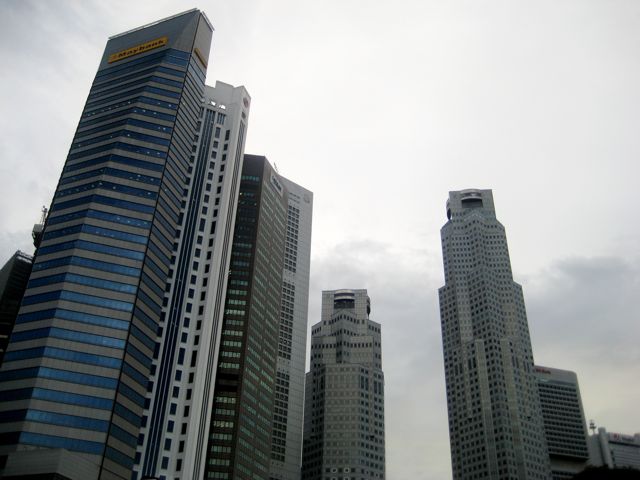 Singapore is a city-state that was a third world country when it achieved independence just 50 years ago. Today, it is the 9th wealthiest country in the world, as measured by per capita GDP.

It is particularly clean, safe, literate, non-bigoted, and uncorrupt. This is in spite of (or maybe because of) the fact that it is a benevolent dictatorship.

Many people (including myself) have spent most of their time in Singapore on Orchard Street — one of the greatest shopping streets in the world. They have every major brand, as well as many unknown brands. Plus, one never has to worry about crime, cleanliness, or fake merchandise.

One thing that bugs me a bit, is that tourists leaving via the airport get back 7% tax paid on goods, whereas cruise ship passengers do not. My problem is as a passenger, not as a businessman. 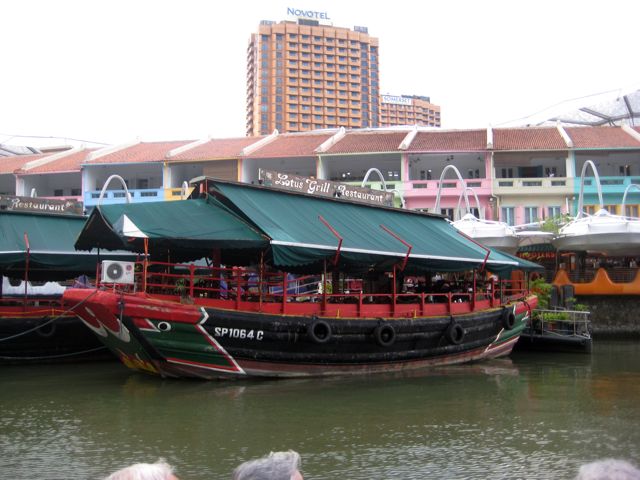 We did some touristy things today and loved every moment. First, we took a “bumboat” river boat ride. As we have learned in other places, this is a good way to actually be able to see more of the city than by coach. Besides it is more fun. 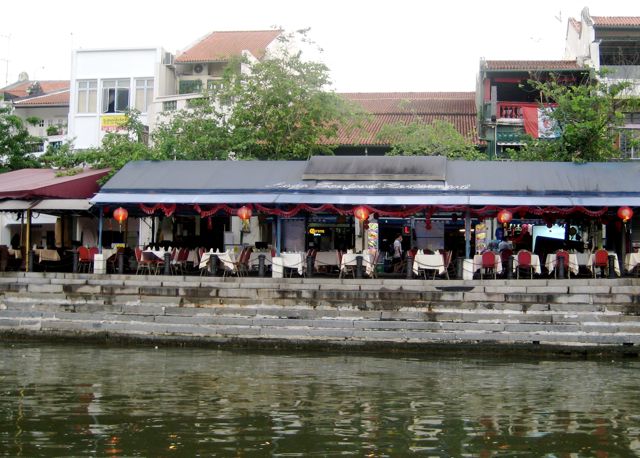 Then we took a trishaw ride for a half hour, which eventually let us off at the world famous Raffles Hotel. 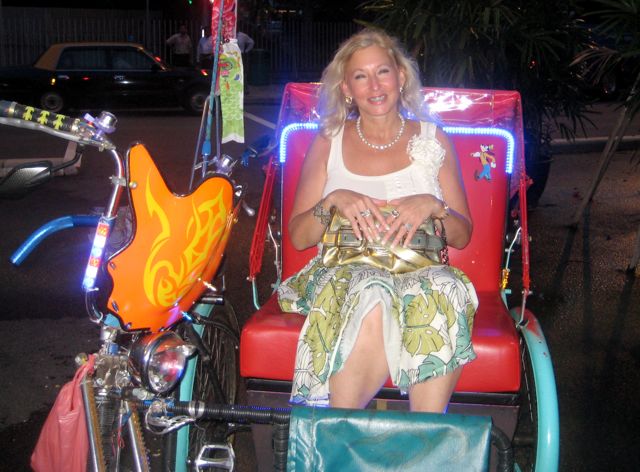 As long as we were at Raffles, we felt obligated to stop by their world famous Long Bar to have their world-famous Singapore Sling (which was invented here).

It was like drinking straight sugar (for $25). It was such a “must do” experience that neither of us felt ripped off. I couldn’t finish it and had a local Tiger Beer instead. 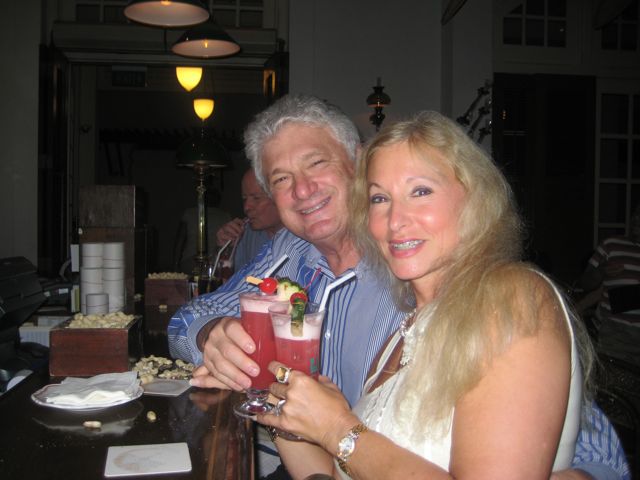 Kudos to the ship for leaving the dining room open after 9:00 p.m. to accommodate those of us who were on evening cruises.

Oh, I am proud to point out, that as in each of the other four segments, I lost weight on this one also.