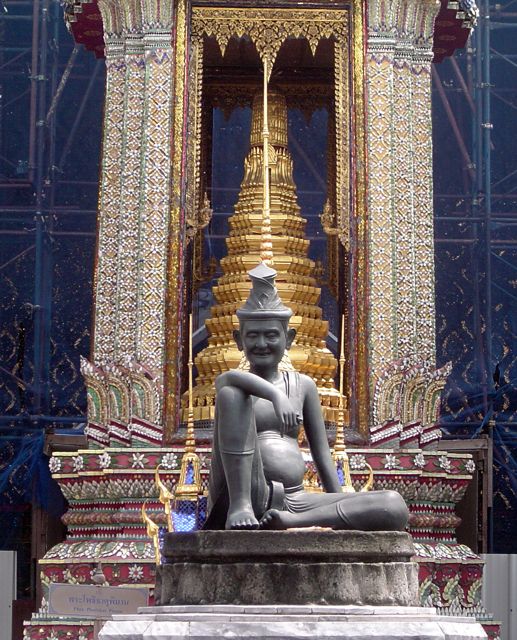 Of the eight segments on our world journey, this one would typically be the most popular. It certainly is.

For two weeks I have anxiously anticipated our visit to Singapore, Thailand, Vietnam, and Hong Kong.

Yet the ship is just 50% full. That really speaks to the economy.

Anyway, today was spent at sea. I reacquainted myself with Thailand, as I will be there for the next three days. Unlike Singapore, where we spent the last couple of days, Thailand has a slew of problems (such as poverty, crime, filth, political unrest, and corruption from the top down). 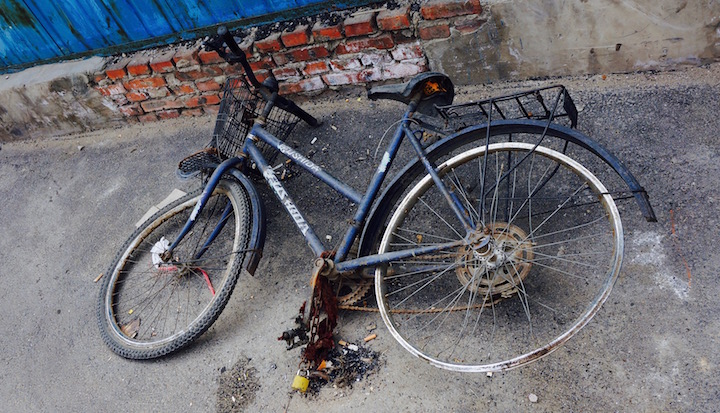 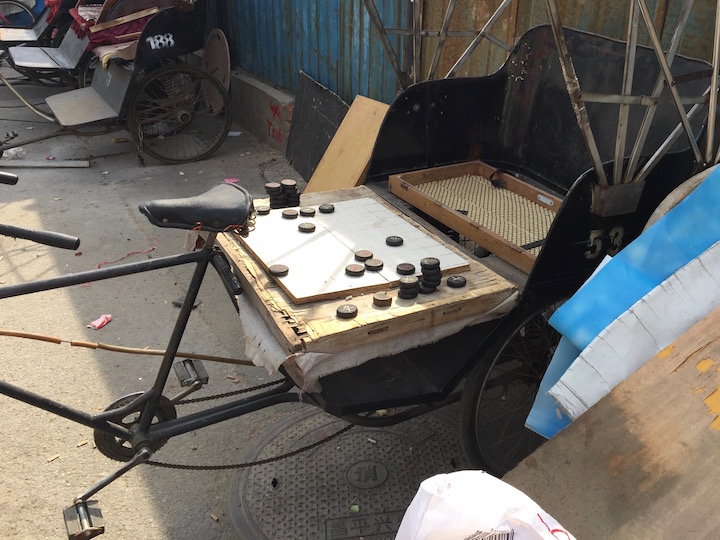 Based on my previous experiences in Thailand, the people we actually come in contact with will be as gracious as any we will ever meet. 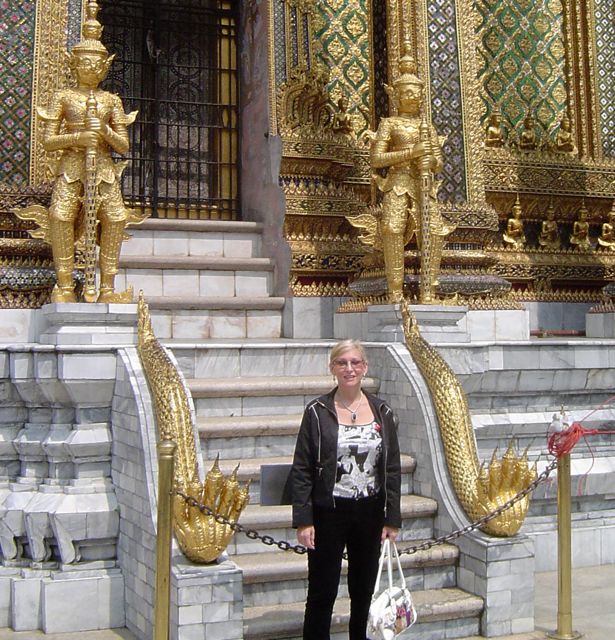 I feel that the Royal Palace at Bangkok is one of the great photo ops in the world, and I have thrown up some previously taken pictures here today. That may be cheating, but we have other things in store for this visit. 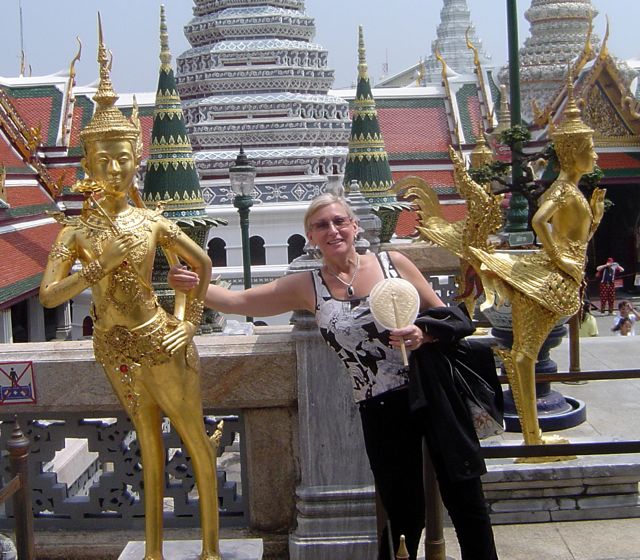 The palace is what comes to mind when thinking of Bangkok. And Yul Brenner of course, as this is what (and where) The King and I was loosely based upon.

JetSetWay Trivia Tidbit – You may know the expression “White Elephant.” It conjures notions of something burdensome, more trouble than it is worth, and useless. It comes from the white elephants (actually light gray) that the monarchs used to own here. The elephants did nothing, but they took a tremendous amount of care.

In the old days, I would have made some reference here to them being like my wife or kids, but I am trying to get away from that type of humor.

The origin of the white elephnats’ importance is that, supposedly, Lord Buddha’s mother dreamt of a white elephant on the eve of his birth.

Monarchs in this region measured their power by the number of these elephants in their stables. They had thousands at times.

Sometimes, to be nasty to an out of favor subordinate, they would gift them a white elephant. It would be a terrible burden to maintain, but they had no choice.