It seems like everybody loves the Seattle downtown waterfront. Yet the dramatic change it is going through makes the old waterfront seem lacking in so many areas. It is such an awesome series of  projects that are scheduled to be completed in three years. It will be world renown for certain. Cost just for the surface park will be $827 Million. 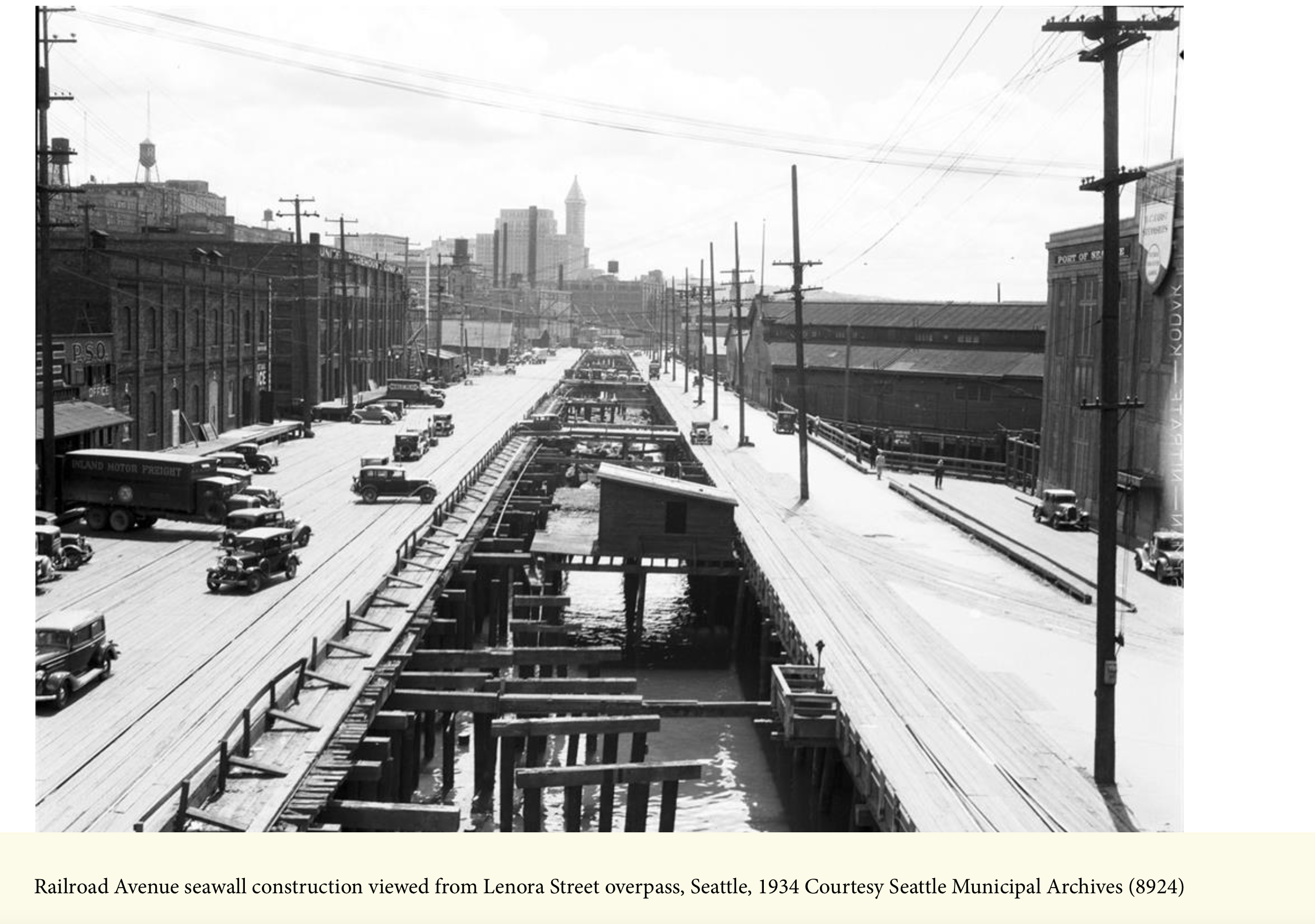 Back in the day, the Seattle waterfront was strictly for business. Even most restaurants there were just to feed the workers.

150 years ago, the Seattle waterfront started to boom. Seattle’s original seawall, completed in 1934, needed repairs desperately by the end of the century. A levy was passed in 2012 for the construction of a new barrier. 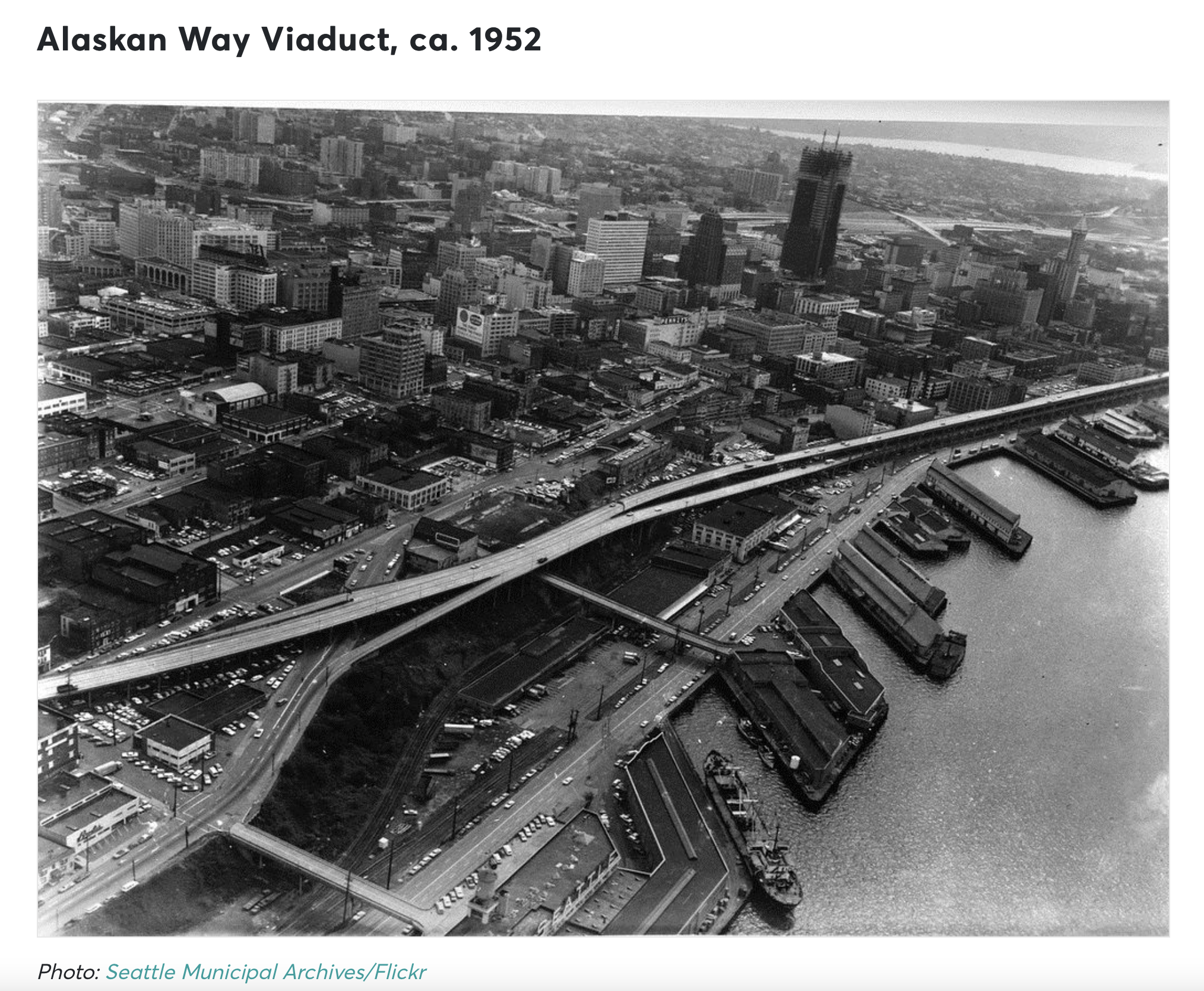 Before there was Interstate 5, there was Highway 99. As traffic grew Highway 99 was diverted out of downtown to the new Alaskan Way Viaduct. It was placed along the waterfront, because that was the least number of properties that had to be condemned. However, the powerful shipping industry needed protecting. Therefore the viaduct was conceived and built. 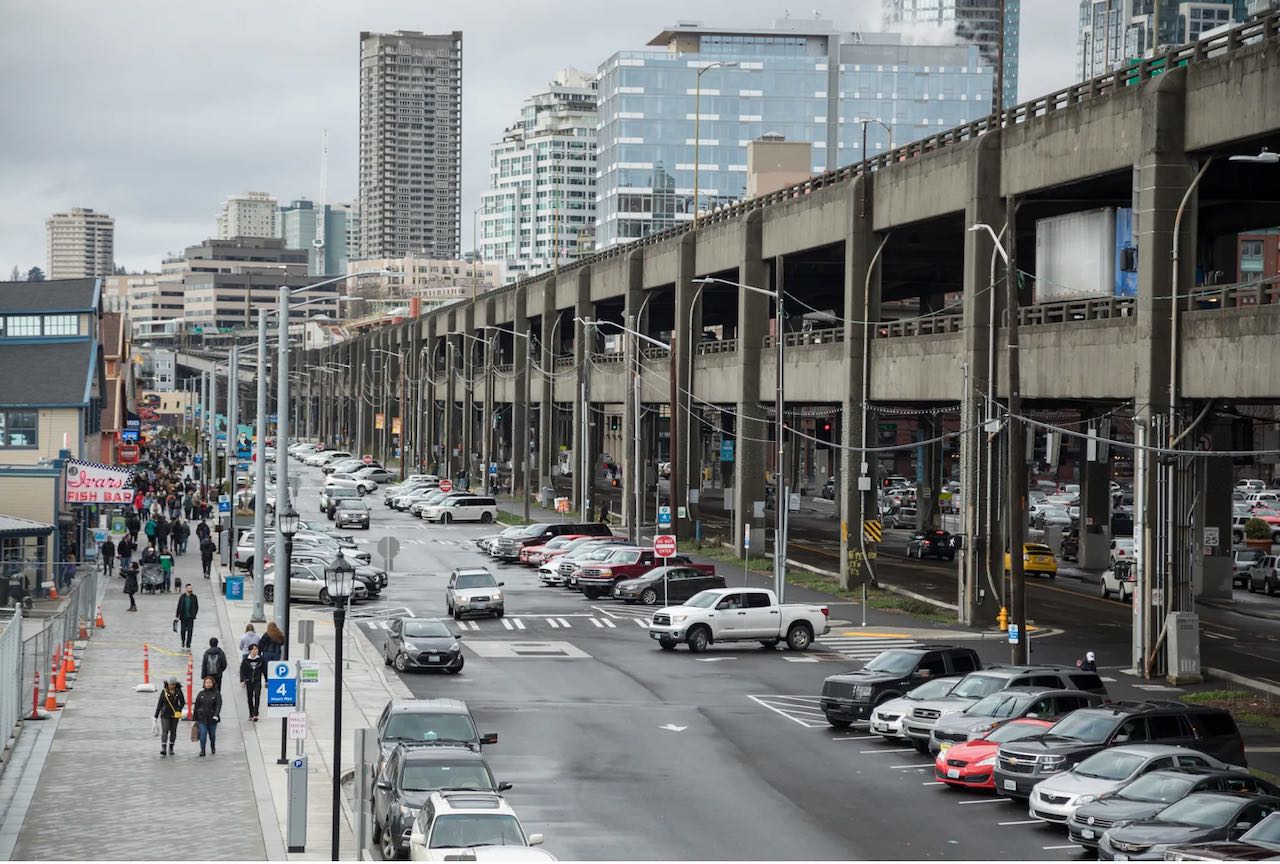 Since the day it opened in 1953, folks have been thinking about getting rid of, redesigning, and finding alternatives to the viaduct. You can see its ugliness and how it blocked the waterfront.

Not much happened until a 2001 earthquake exacerbated viaduct cracking and crumbling. Yet it still took till 2009 to fund a tunnel replacement and 2019 to demolish the Viaduct. Cost – $3.1 Billion 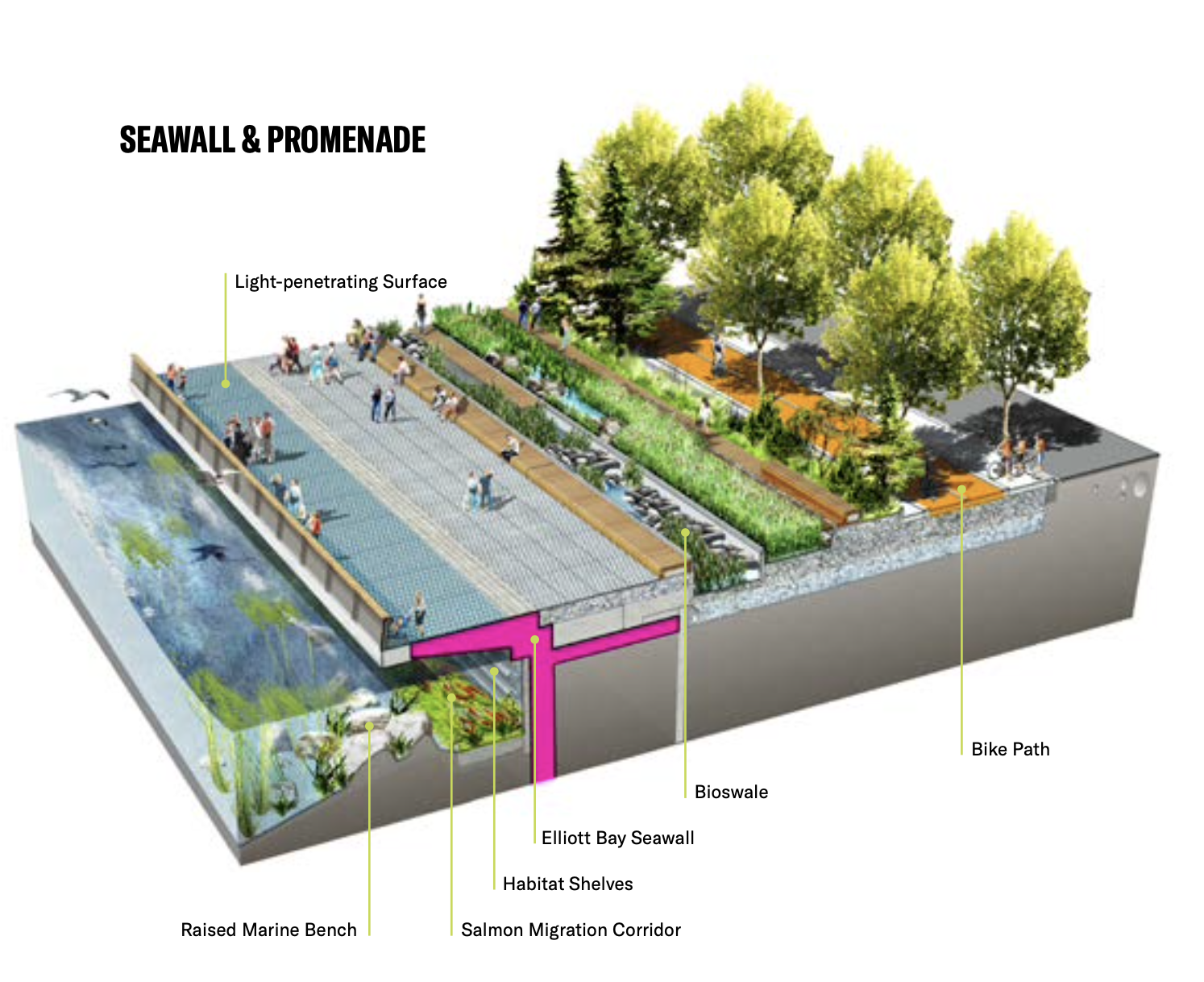 The new seawall was finished in 2017. The new seawall aims to restore the ecosystem for aquatic life. It incorporates glass brick along the sidewalk that illuminates the waters below which is necessary for young salmon and textured surfaces to promote growth of vegetation and invertebrates. 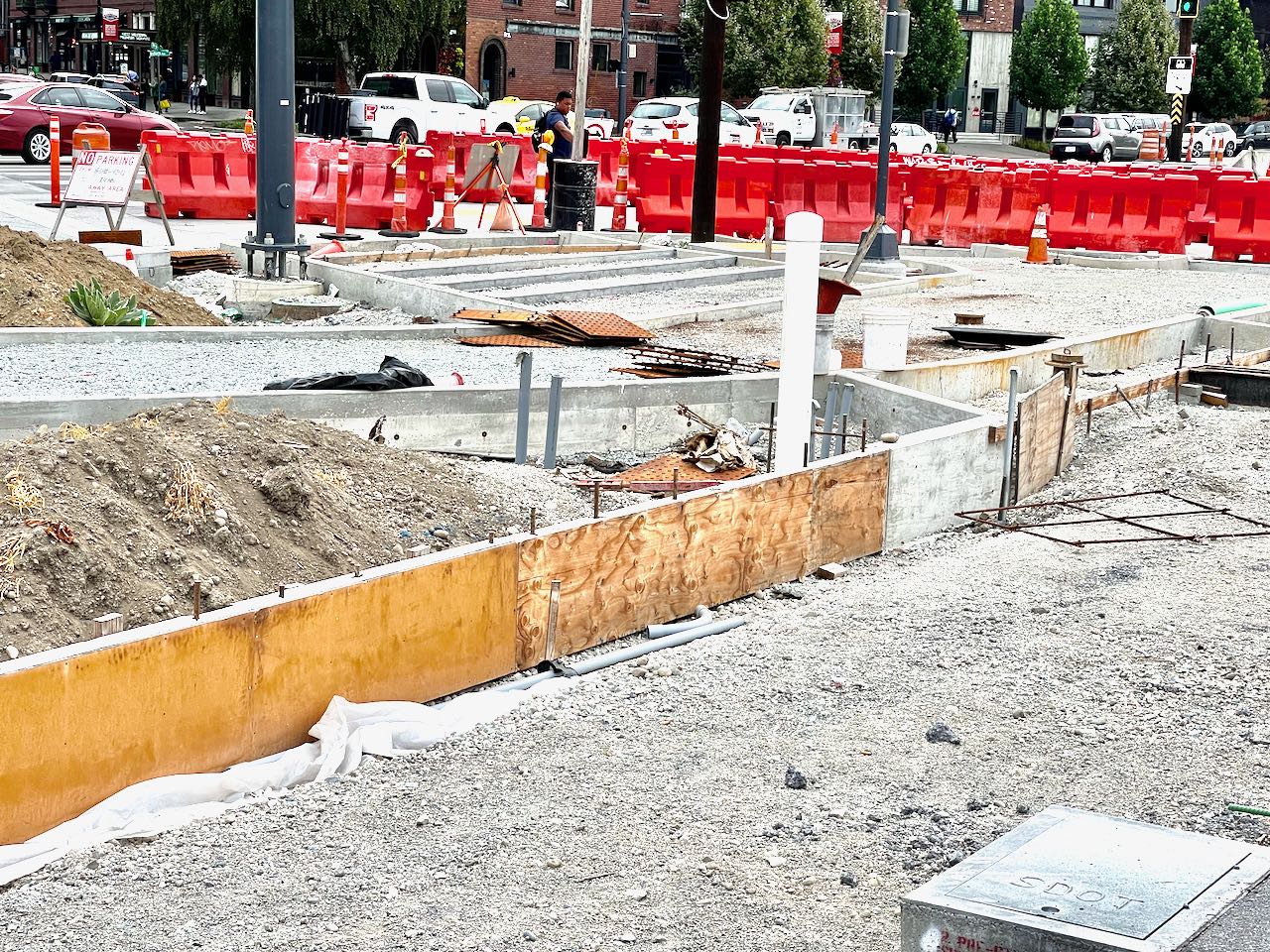 A significant amount of work (and cost) is taking place now that you will never see. Most water runoff from downtown will flow through the Stormwater Infrastructure, provide water for plants, and be filtered by the soils before flowing into Puget Sound. This has the added benefit to allow for an even better marine habitat.

Here are some examples of upgrades and changes: 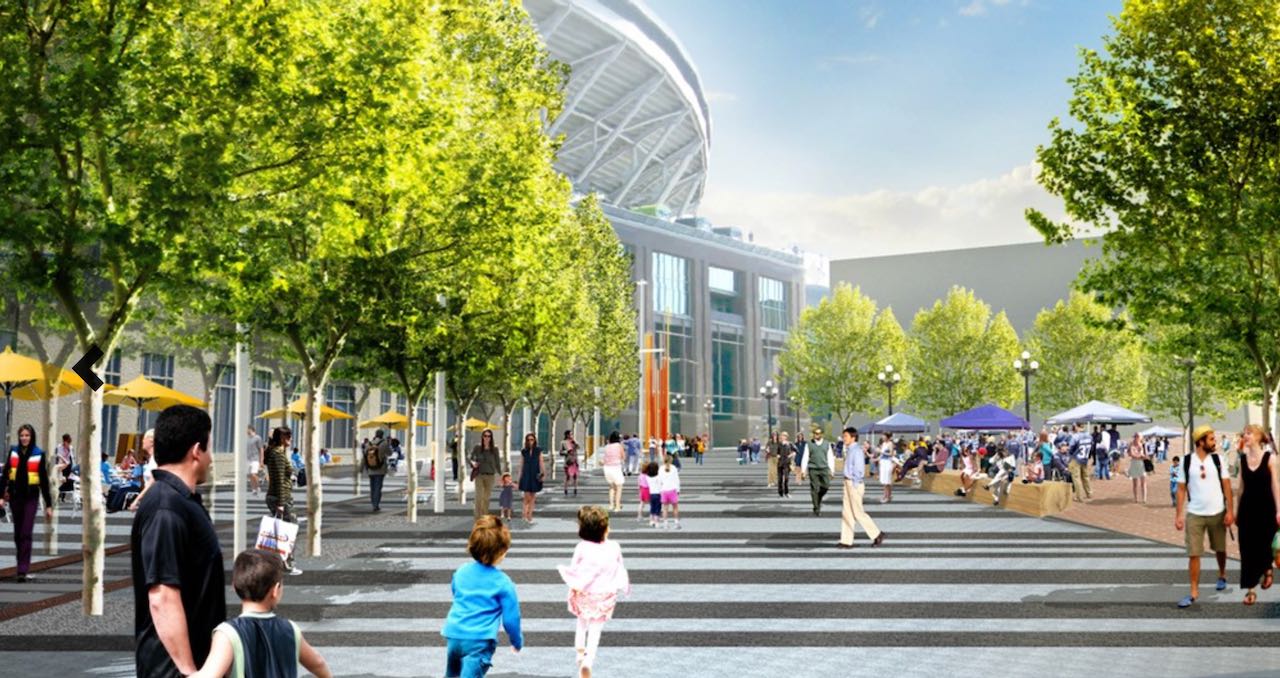 Large, lovely sidewalks and greenery will make it easy and pretty to travel between the stadiums, waterfront park and public transportation. 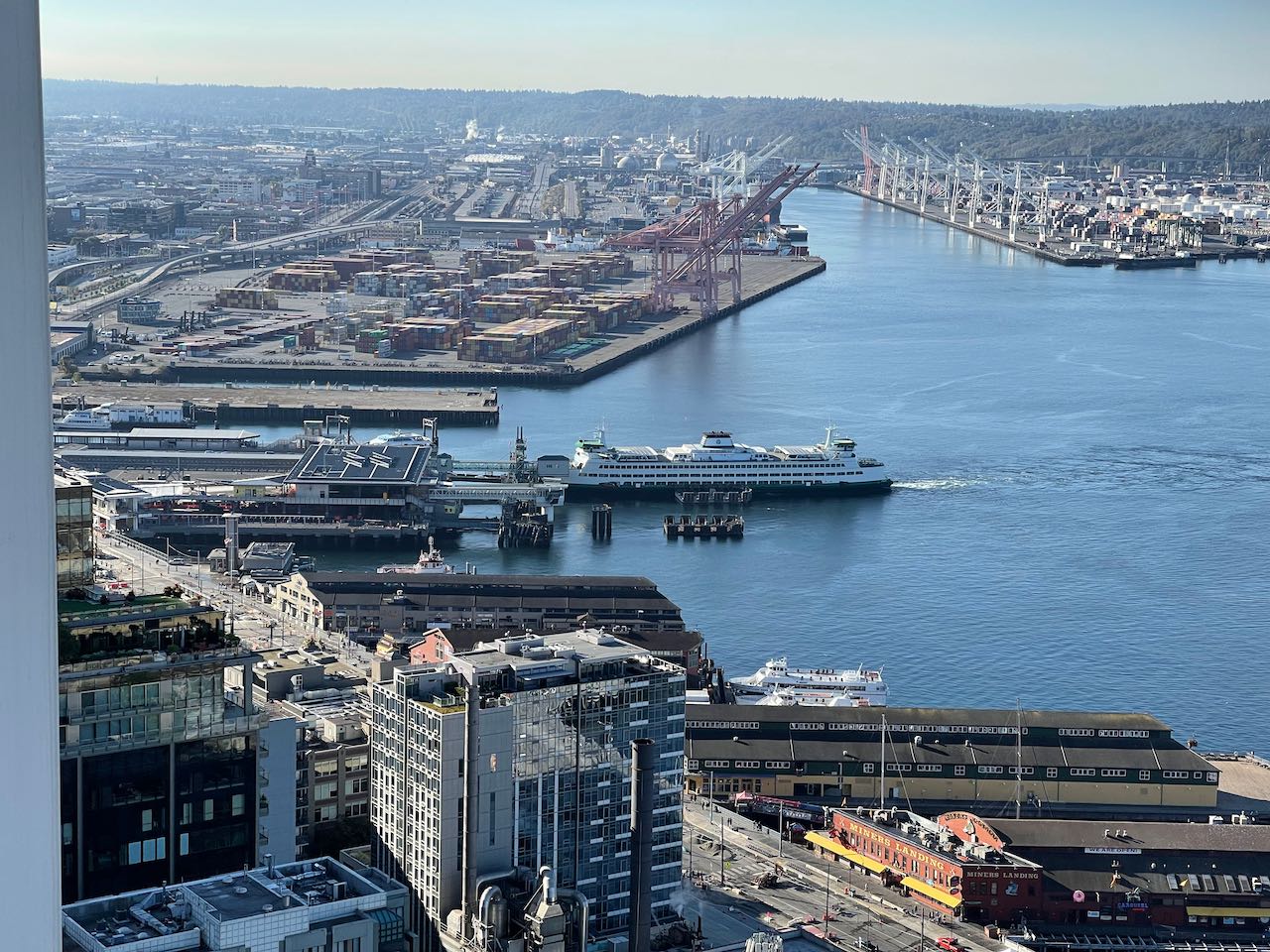 Colman Dock has already had significant improvements and more (especially parking) are on the way. Cost – $467 Million. 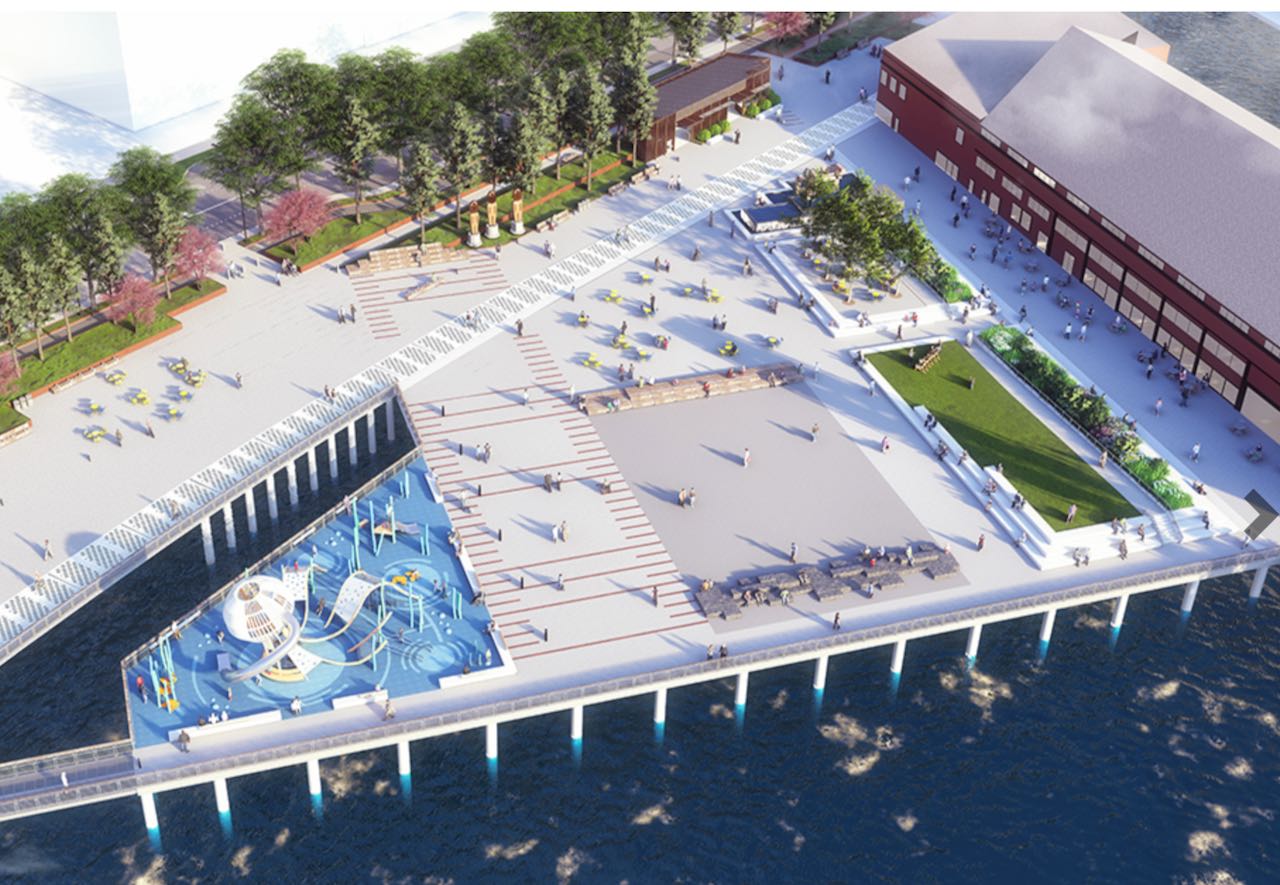 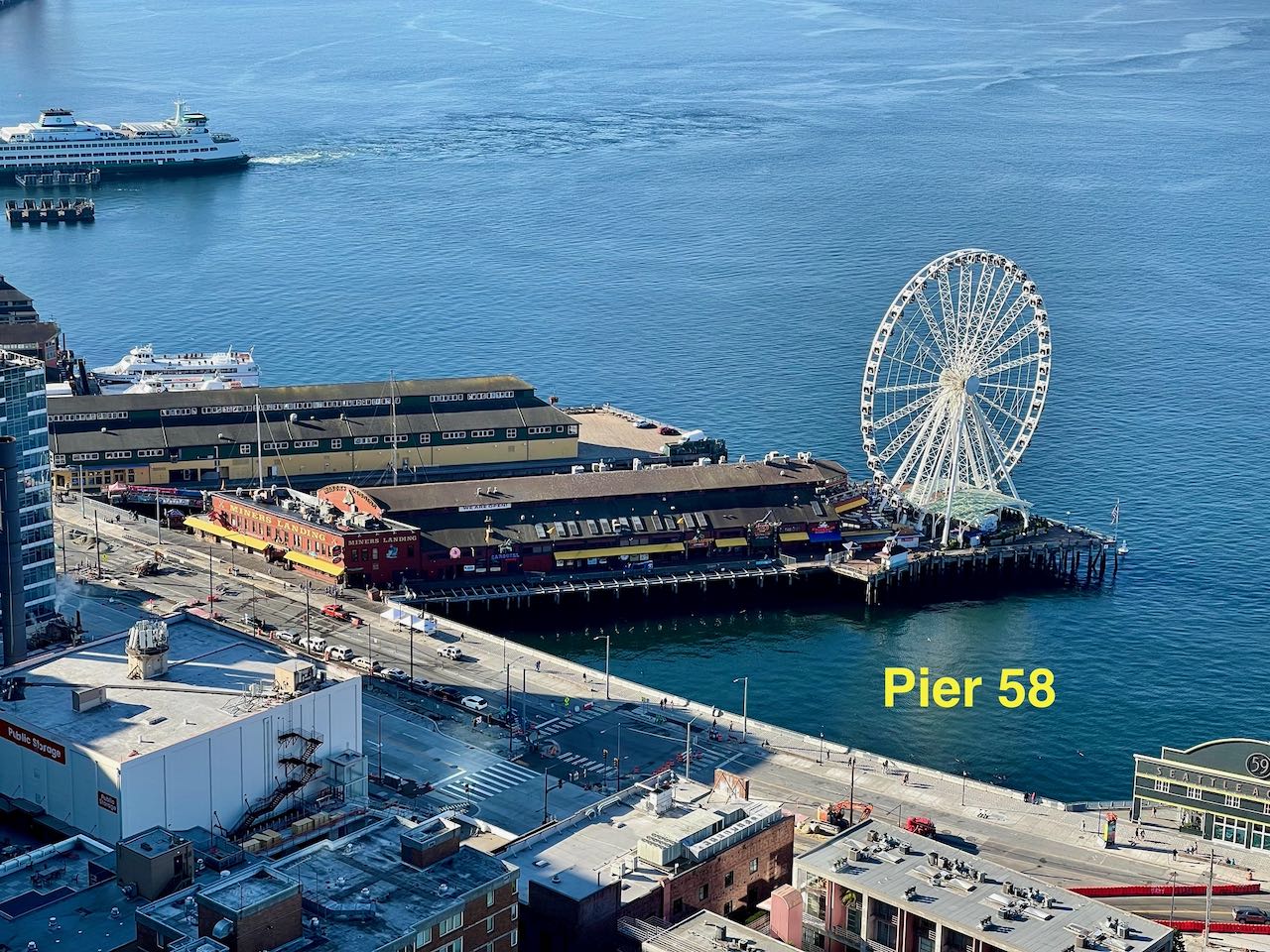 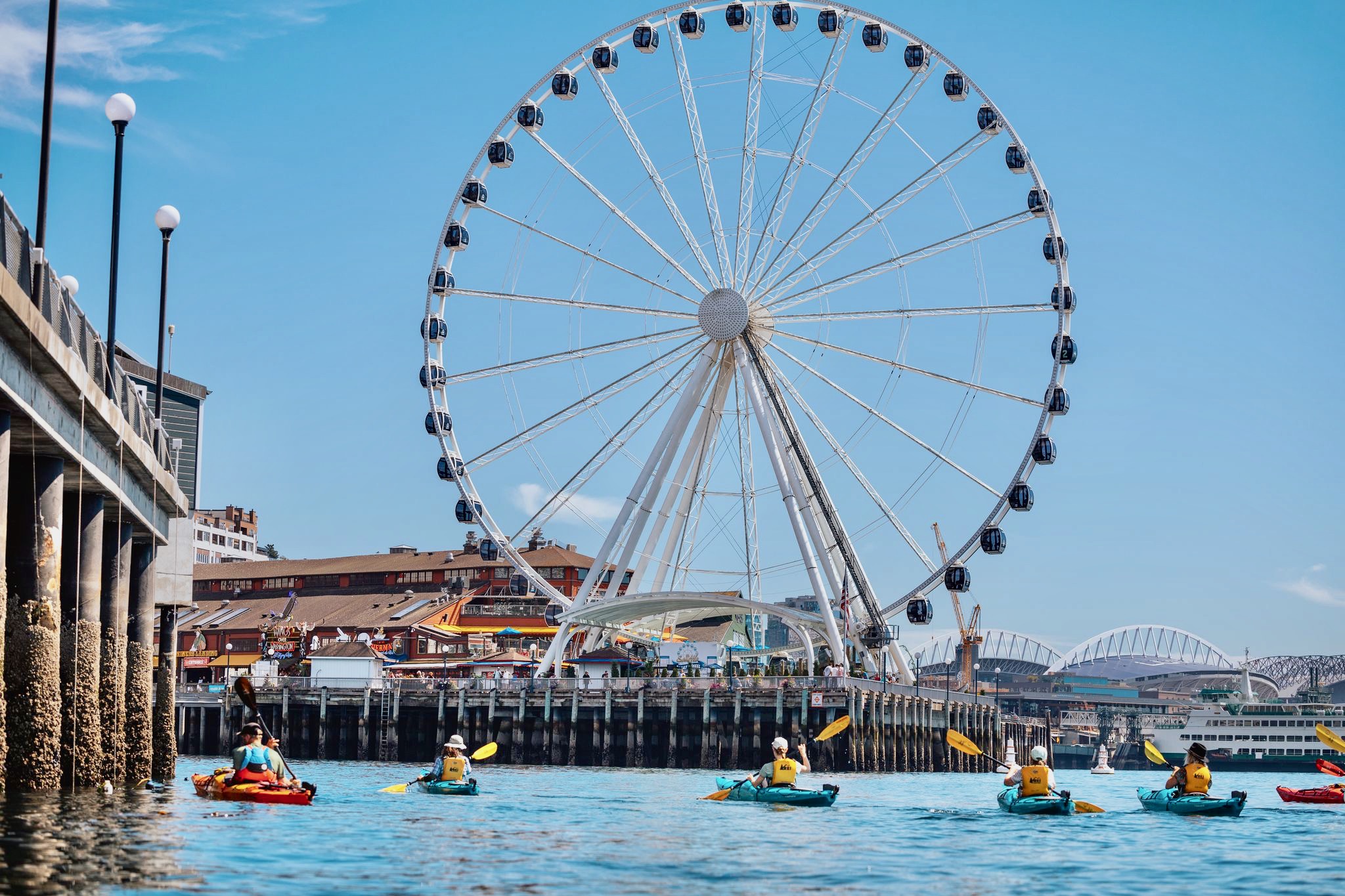 Pier 58 will be a wonderful multipurpose public park above the water, while creating an equally wonderful marine habitat. The additional natural light helps aquatic plants to grow and provide food for fish. 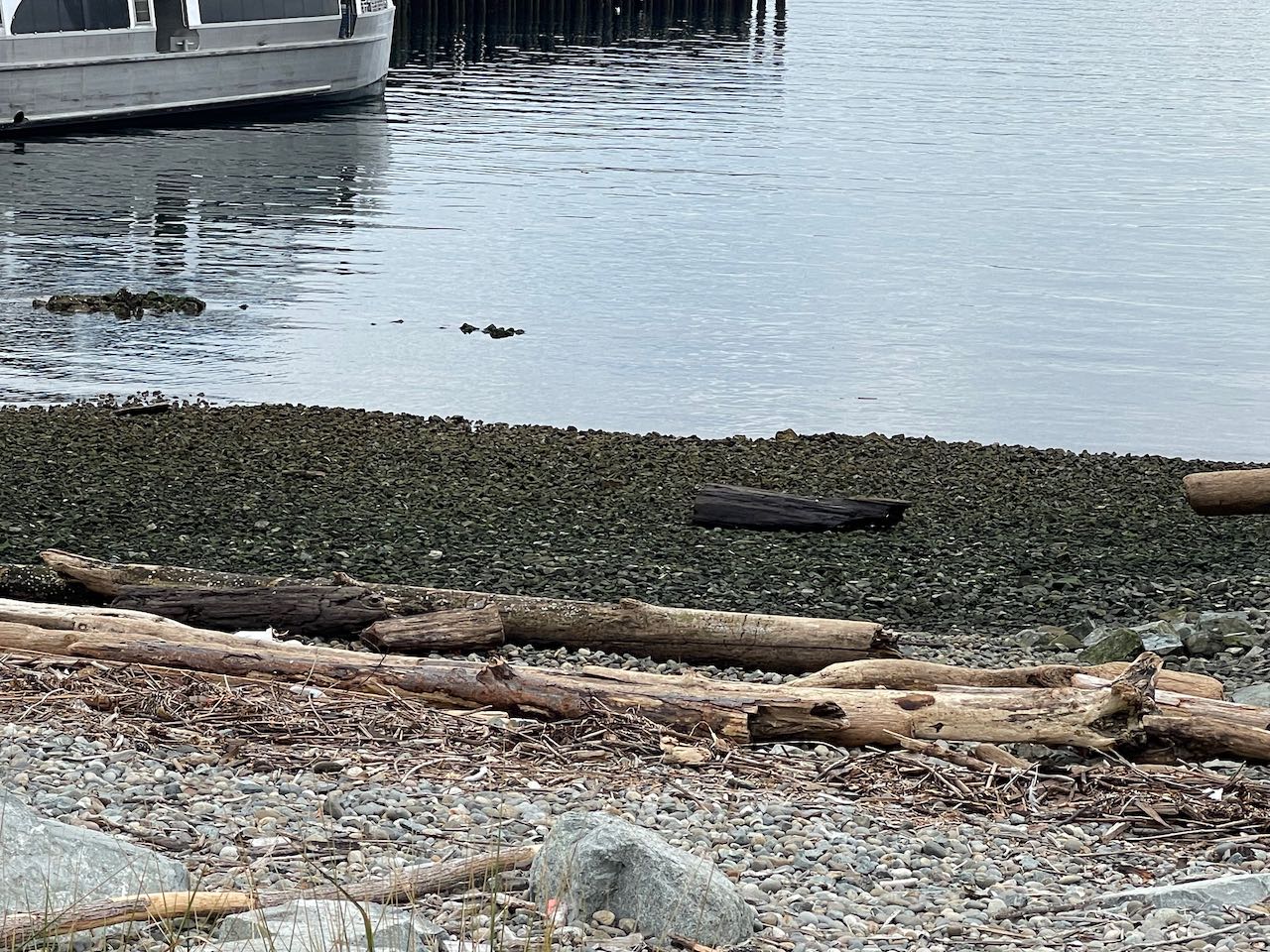 They’re even building a beach as amazing at that seems. 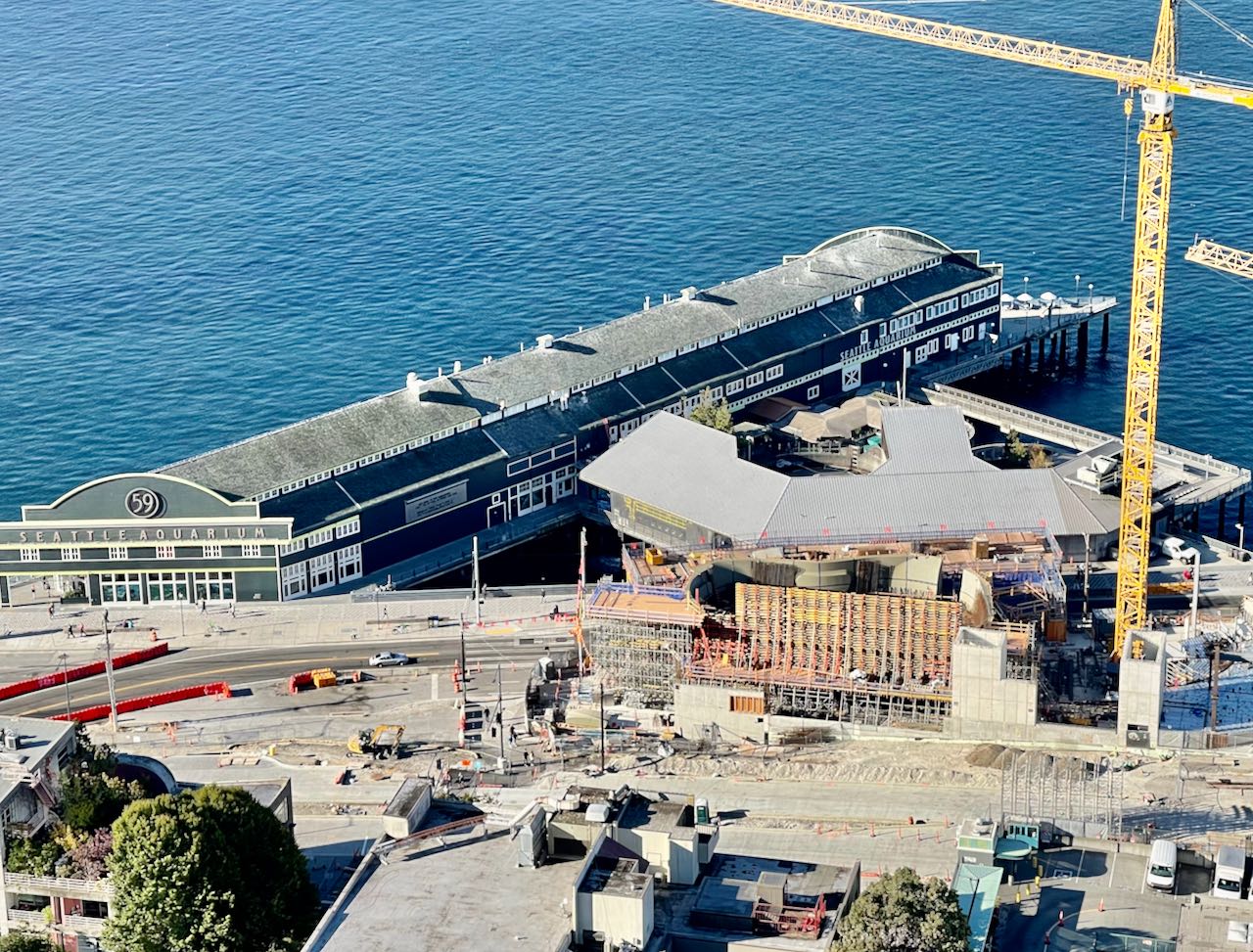 The current Seattle Aquarium stays and an affiliated neighbor, the Ocean Pavilion is under construction. Its main draw will be a 325,000-gallon tank with 6-foot-long sharks and 6-foot-wide sting rays that can be seen from the outside. Cost – $113 Million 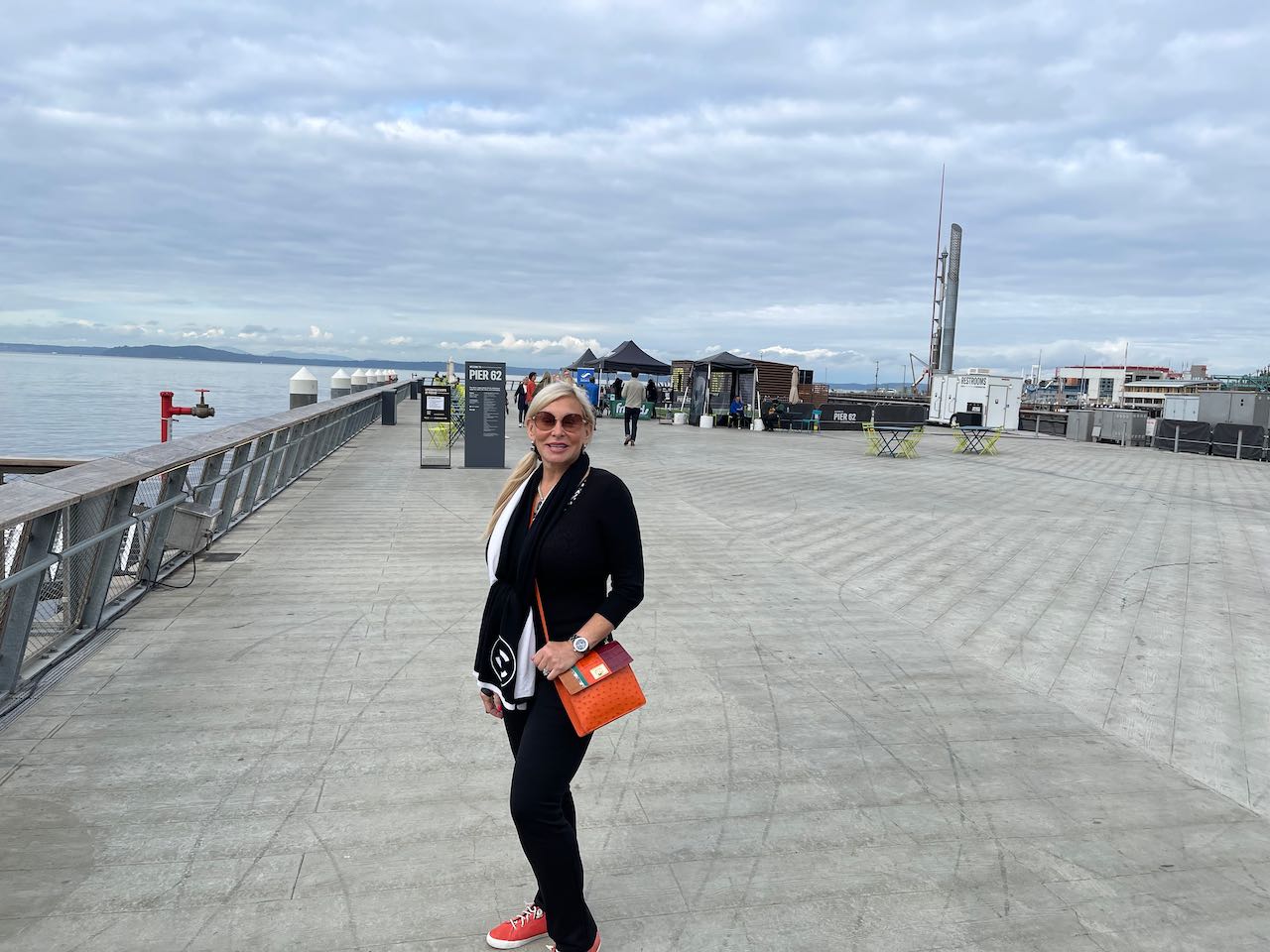 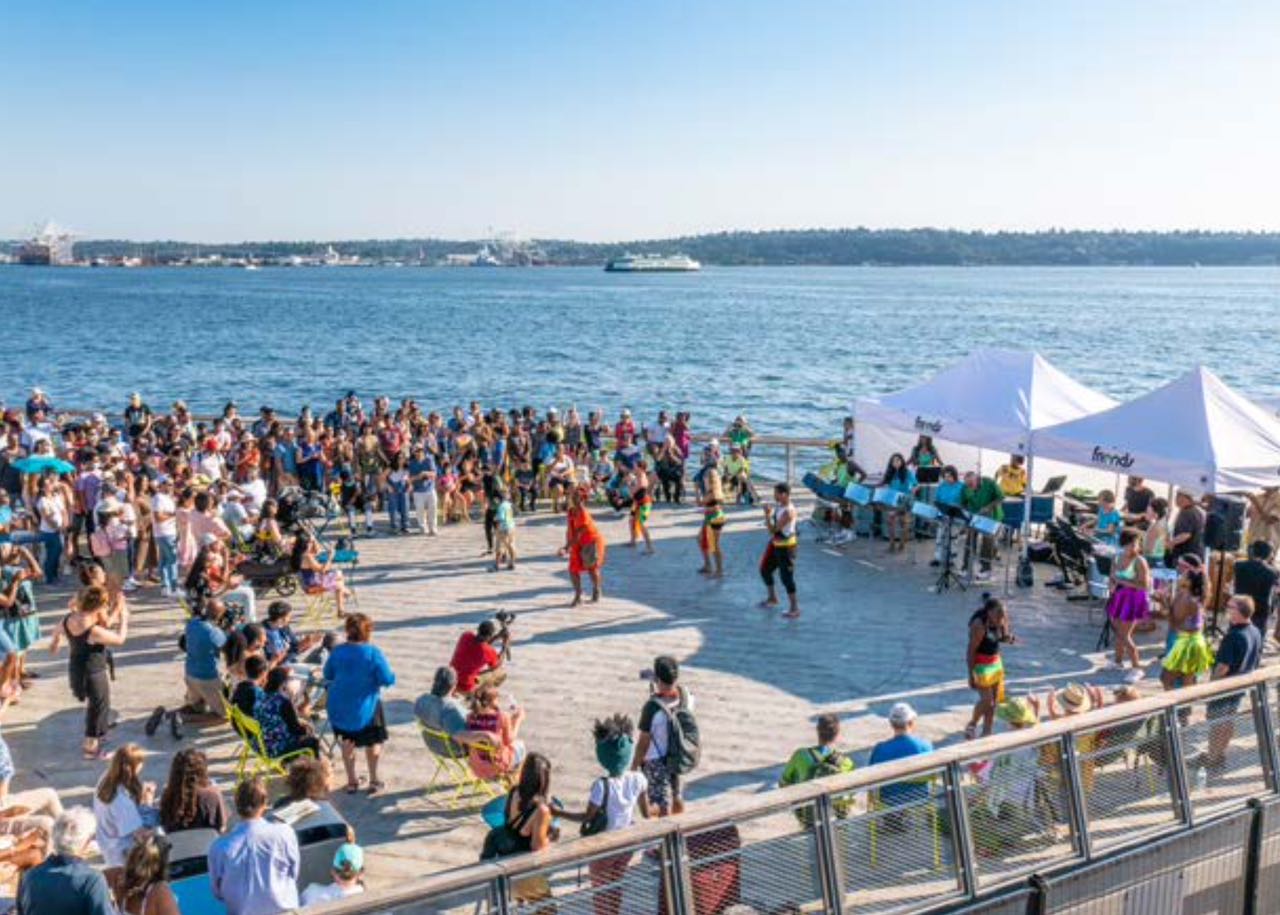 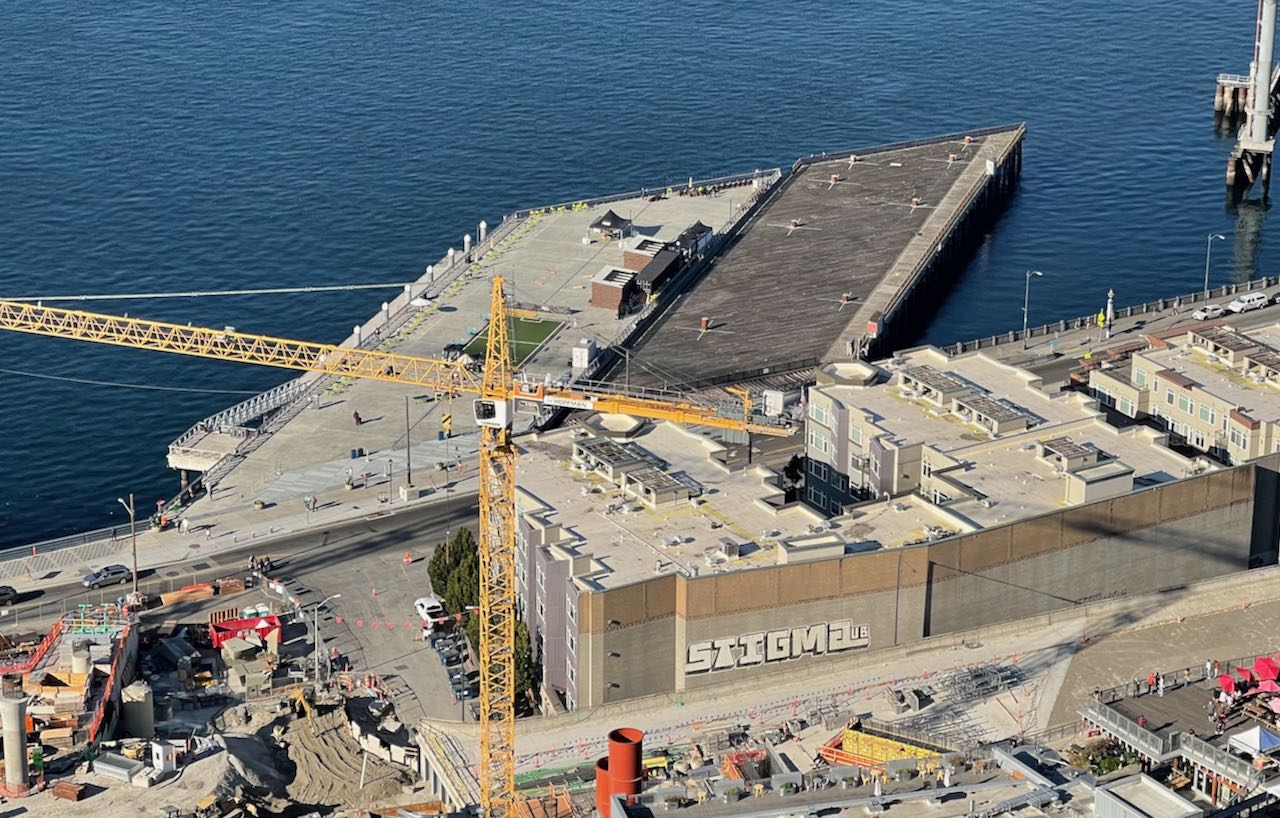 Pier 62 is complete and open. They already have many free classes, shows, and cultural programs. 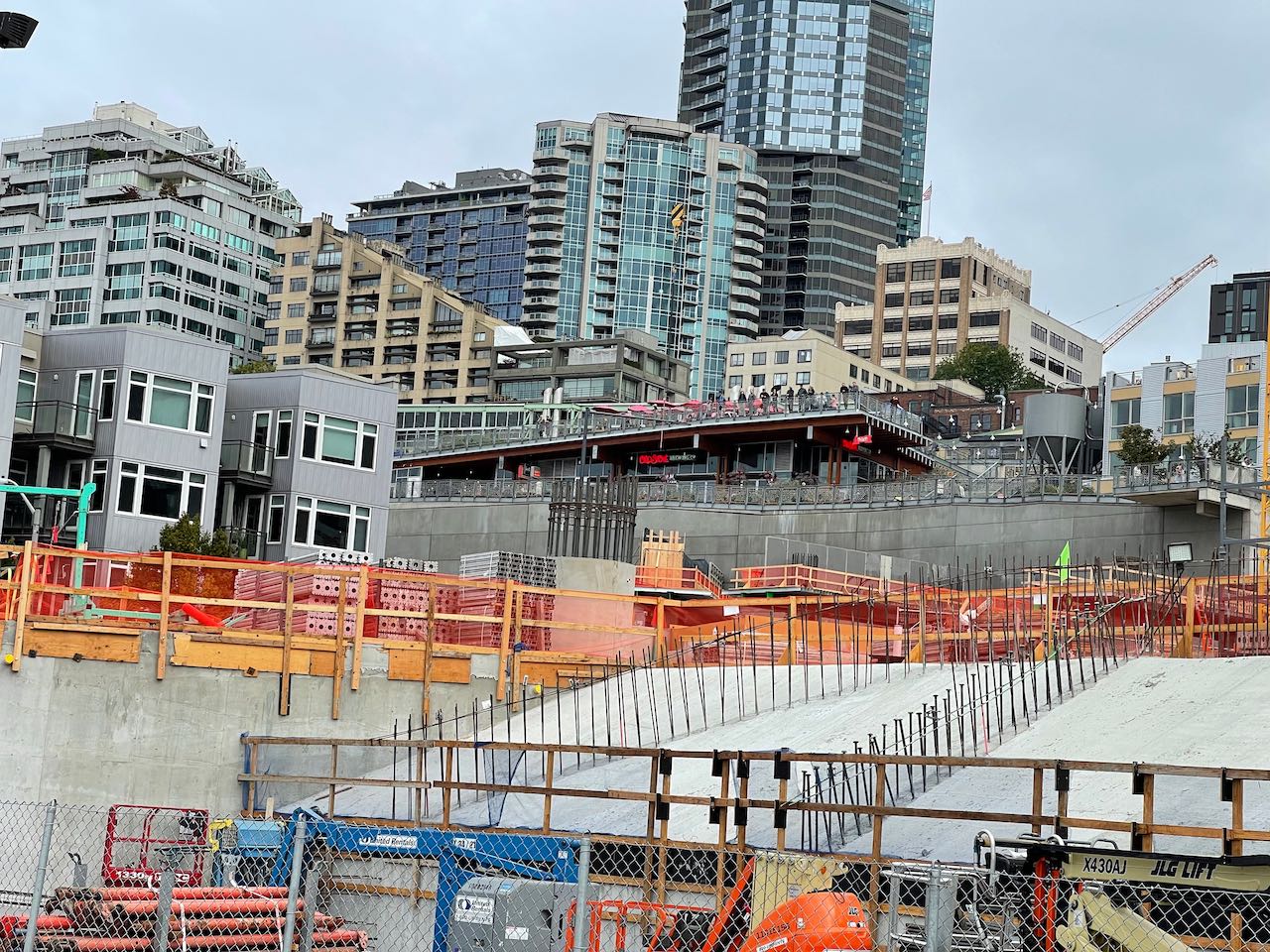 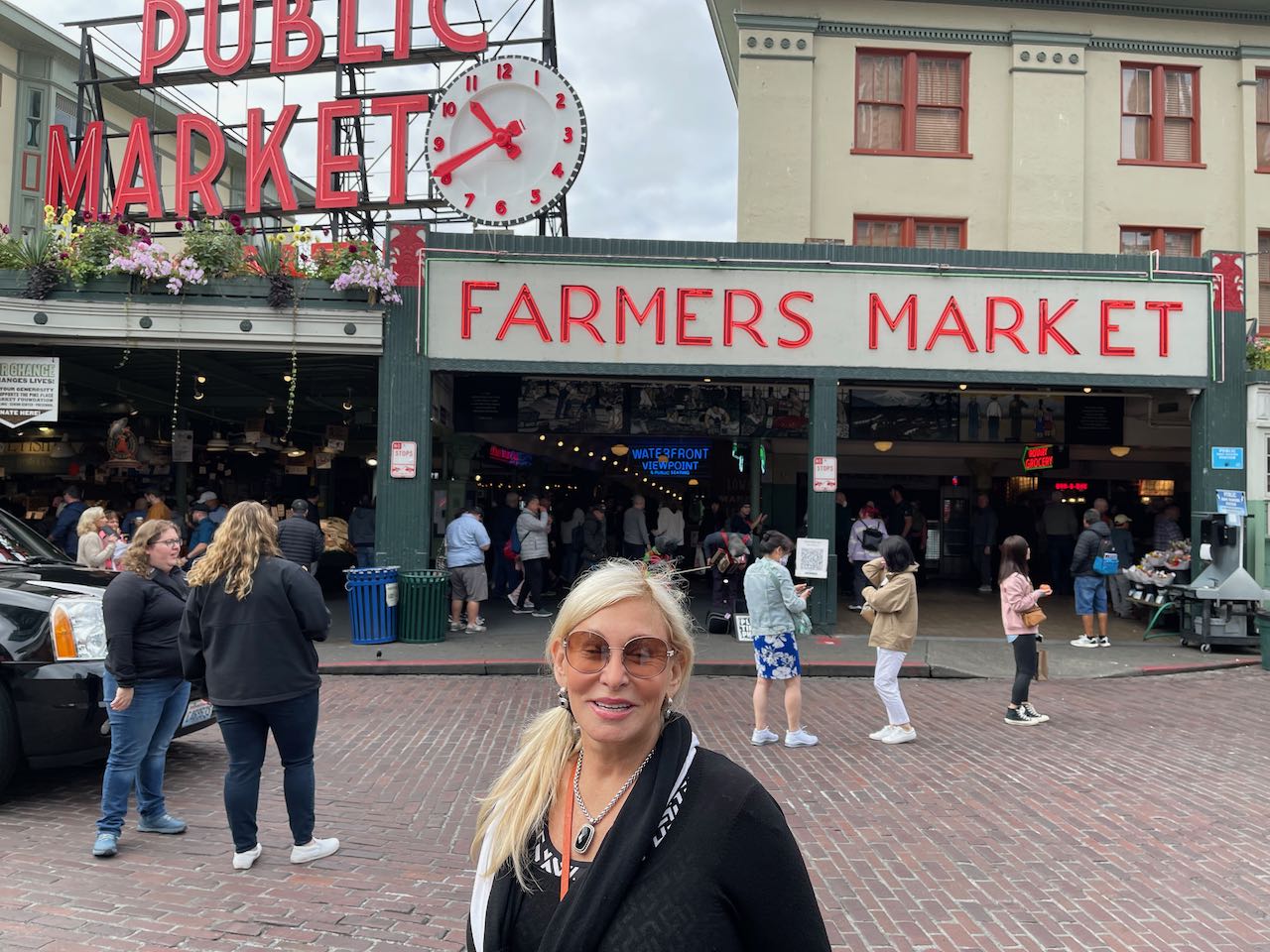 The iconic Pike Place Market continues to grow and expand to accommodate the ever increasing number of visitors. 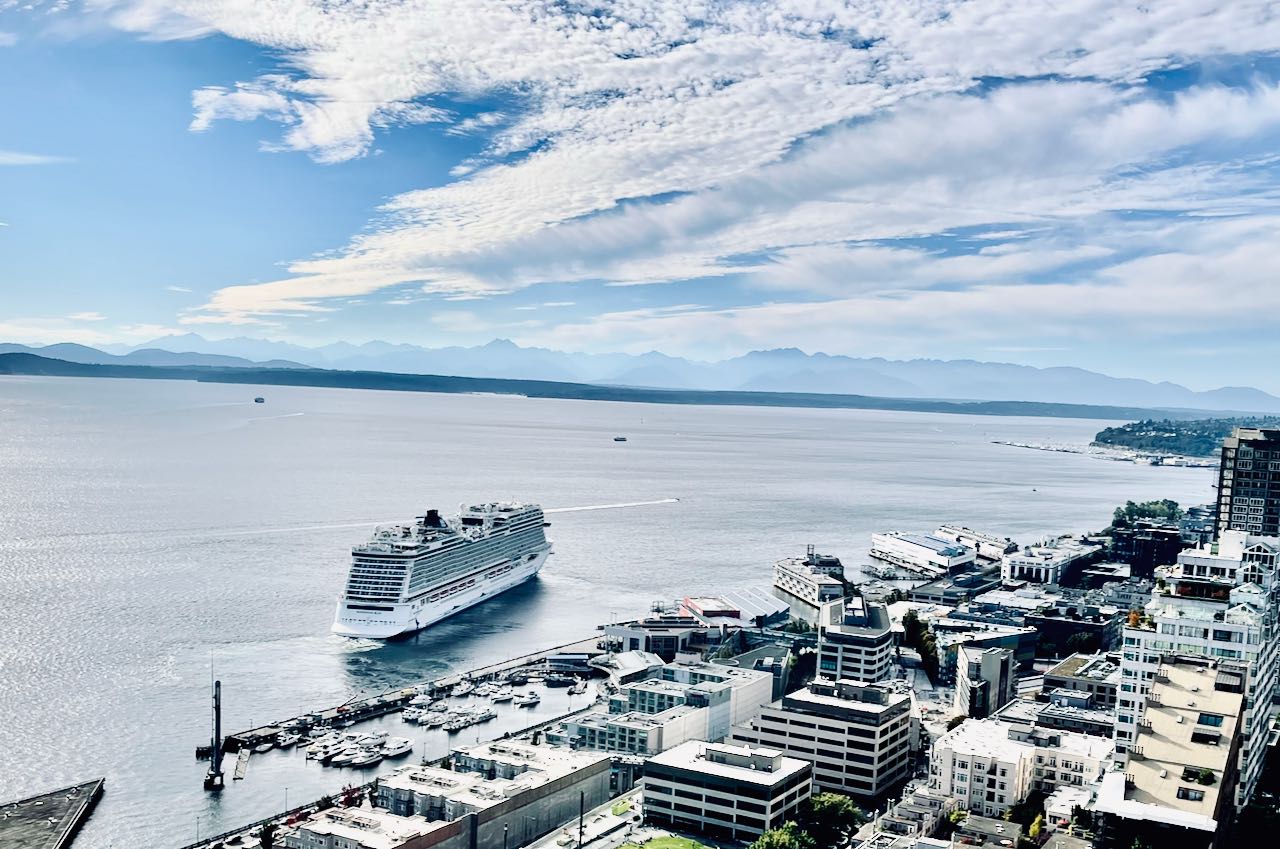 One reason for the growth is Seattle now has about 14 cruise ships weekly for 5 months which generate 50,000 visitors weekly. 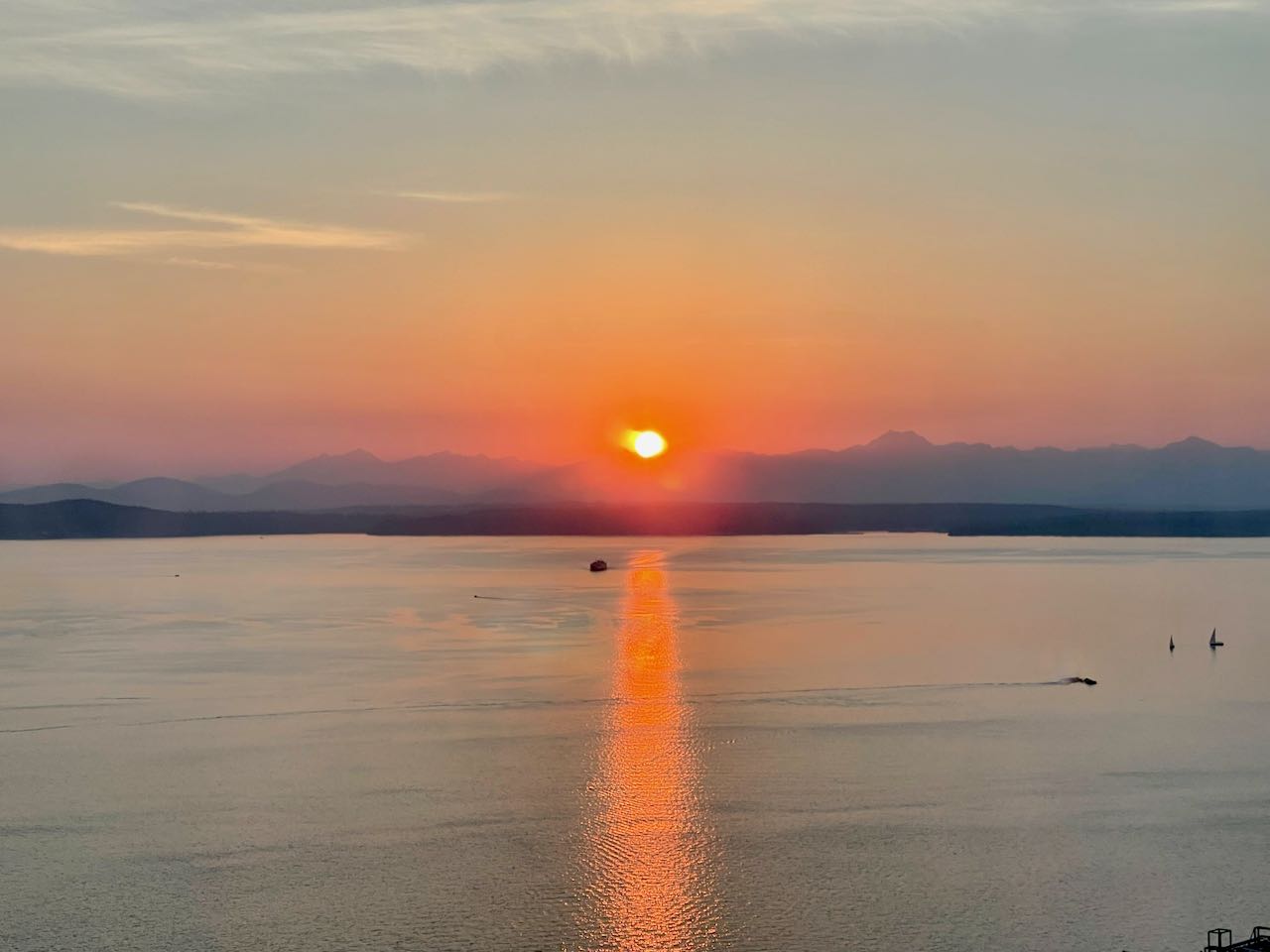 All the photos from high were taken from my sister’s living room.

You may want to see the cute, short (1:30 min)  Friends of Waterfront Seattle Youtube

To learn more, take a tour, or even get involved click on Friends of Waterfront Seattle web site.