We popped into New York for two nights on the way to a Card Player Poker Cruise.

That allowed us to have two nice dinners and take in a play. 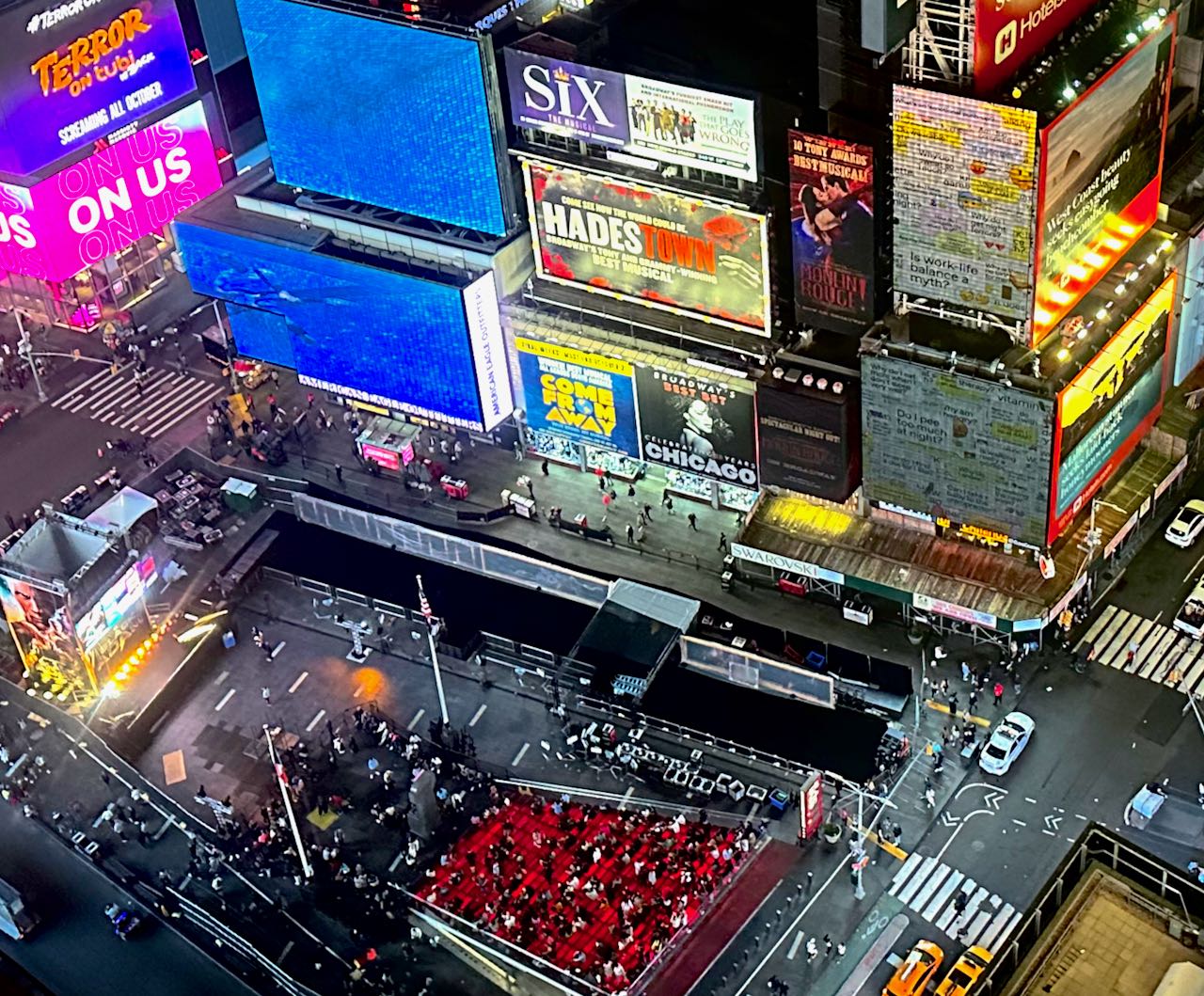 We stayed at the Times Square Edition. I’m not a big fan of Times Square but it is close to all places we needed including getting to the ship tomorrow. For ridiculous prices I think I prefer an elegant hotel without so much riffraff milling about. 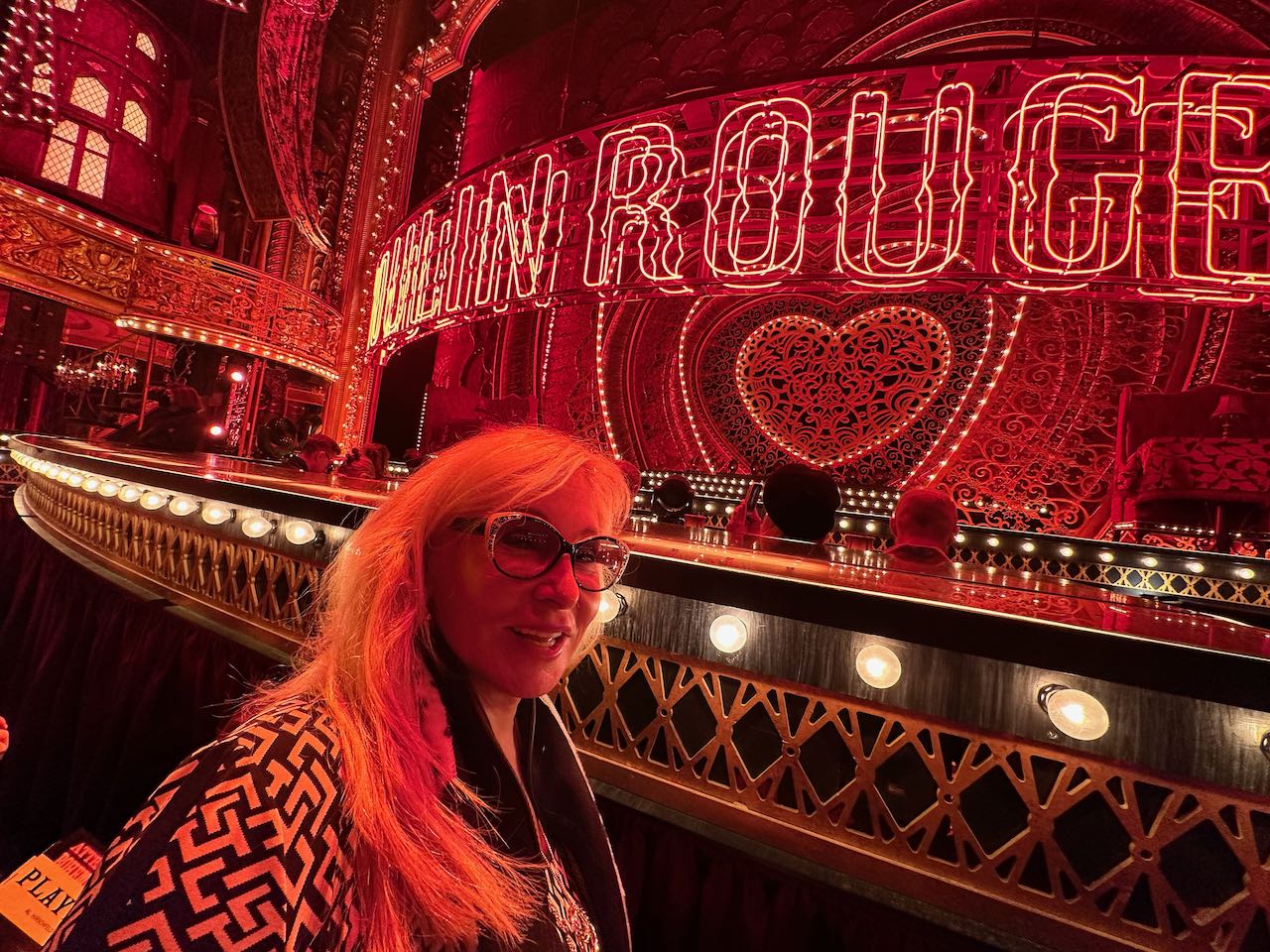 We saw a matinee of Moulin Rouge which allowed us to accomplish what we needed. Matinees can be risky, because often the stars get the afternoon off. However, the show was absolutely fantastic, as were our front row seats. They received 10 Tony Awards including Best Musical last year.

Although it is based on the 2001 movie musical, the Broadway musical adds in 70 well known songs from the last several years. 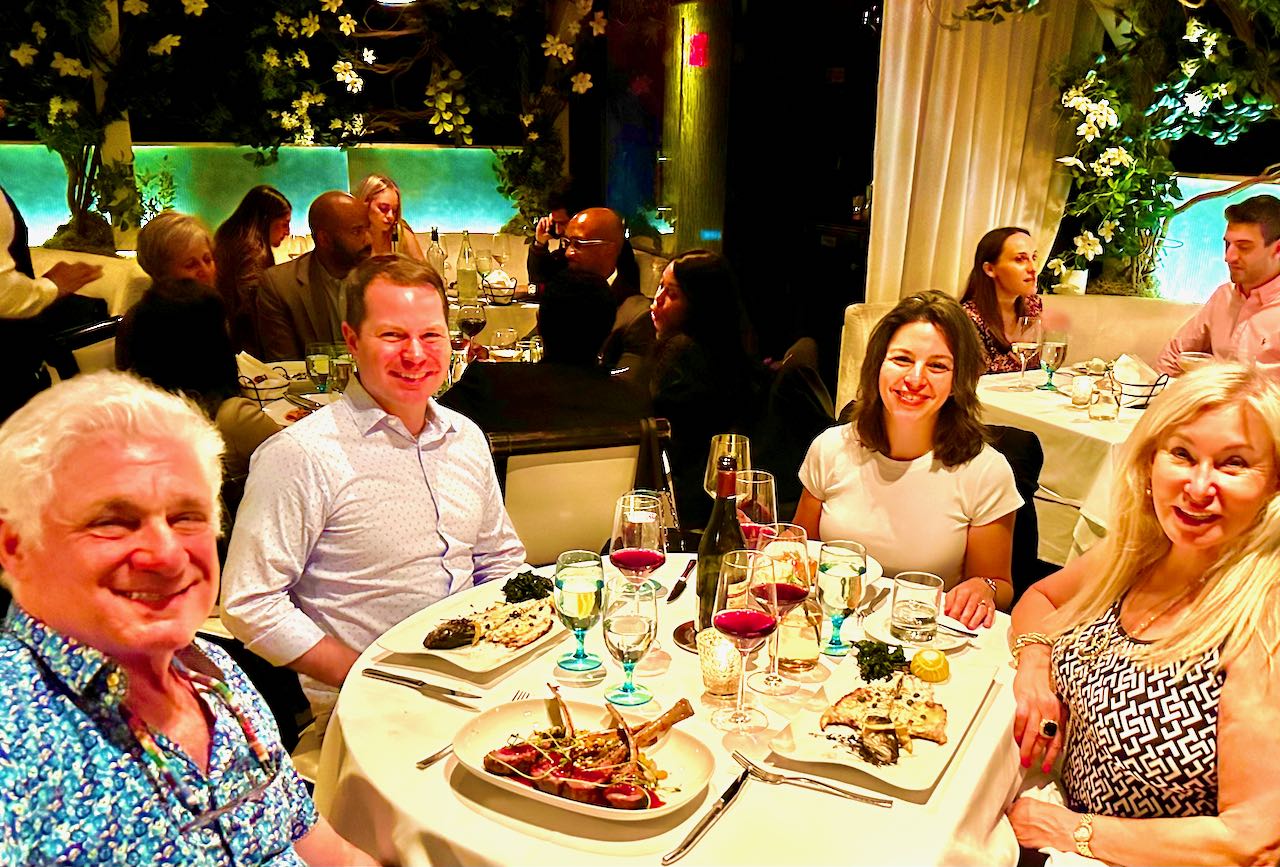 Dinner was with Jonathan Little and his lovely wife Amie Broder. We have known him as both a wonderful poker player and person for years. He is a fabulous poker coach. In fact, you can find months of FREE lessons for all levels at our Card Player Poker School that he now operates. Check it out. You won’t regret it. 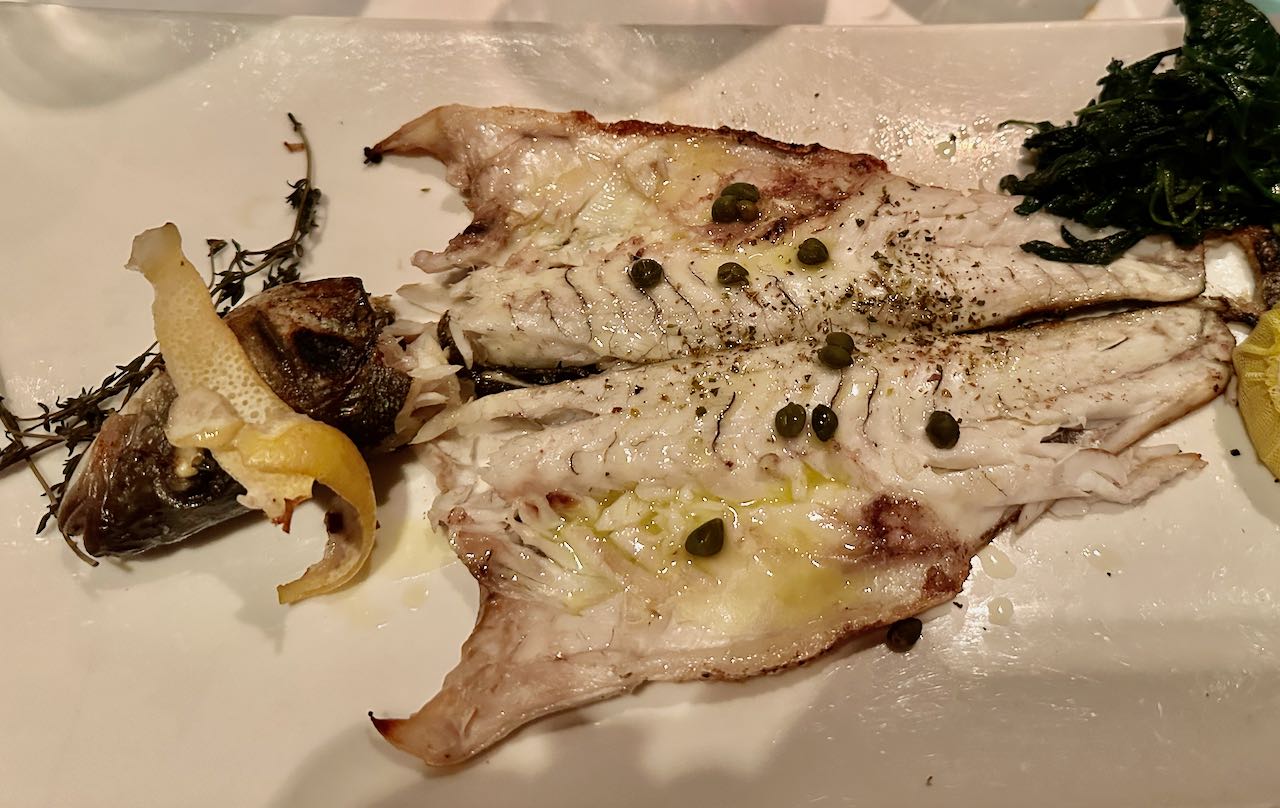 We ate at Nerai, a deluxe upscale Greek restaurant in midtown. Food, service, and ambiance were all superb. One of the highlights was the simple grilled Lavraki. It is European Seabass. You may know it as Branzino, Spigola, Loup de Mer, or Robalo  whether you are in Italy, France, Spain or Portugal.

Tomorrow we are off to see the Fall foliage for nine days.