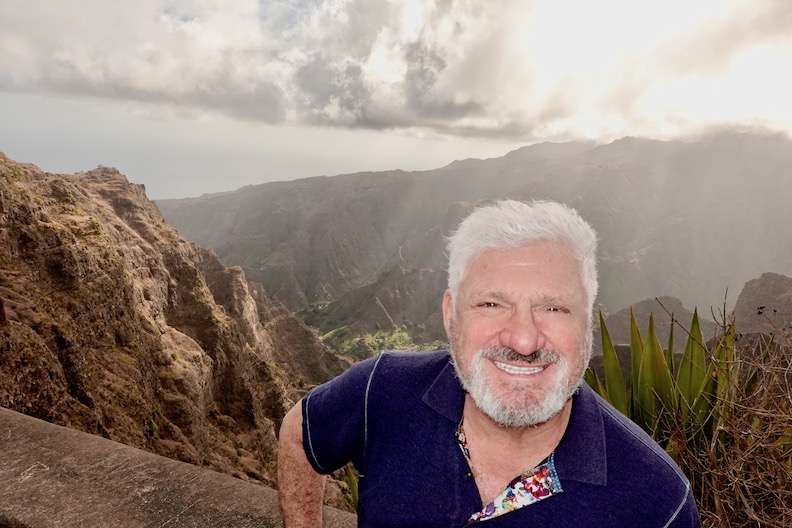 350 miles off the west coast of Africa about a third of the way down lies an island country called Cape Verde, officially the Republic of Cabo Verde. It was a Portuguese colony from 1463 to 1975, when it gained its independence. We visited its island of Santo Antão. 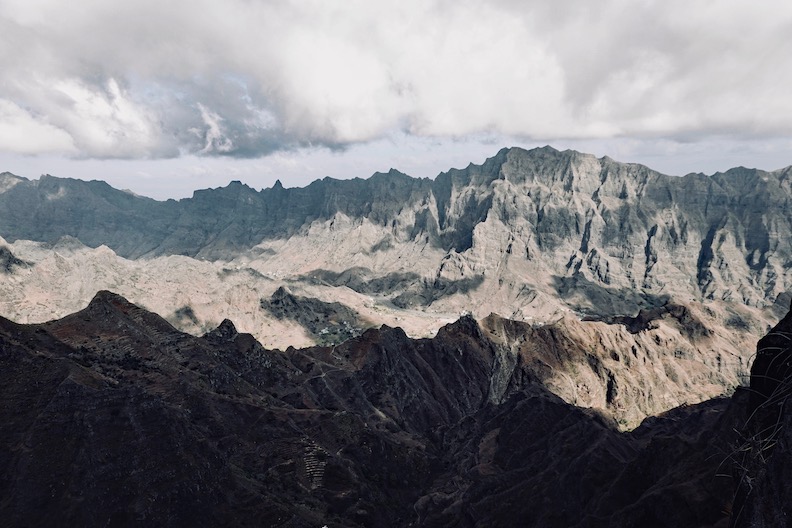 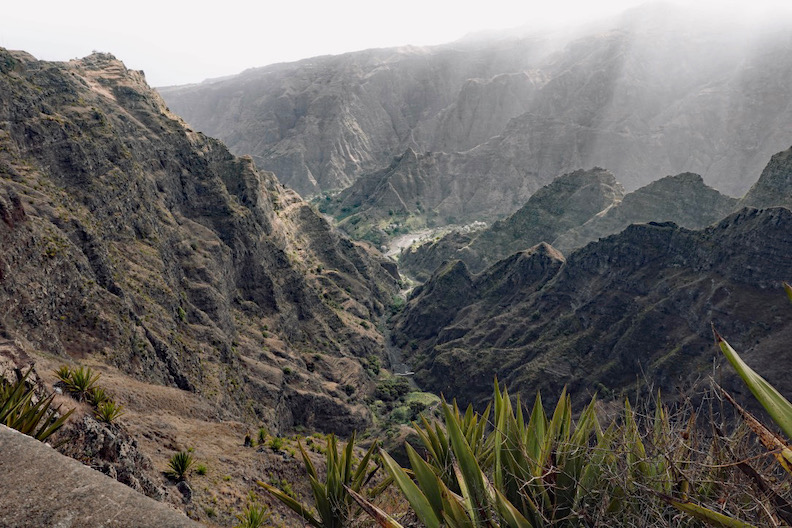 Its volcanic landscape makes for considerable beauty. We opted to do an island drive today to take in that natural beauty. 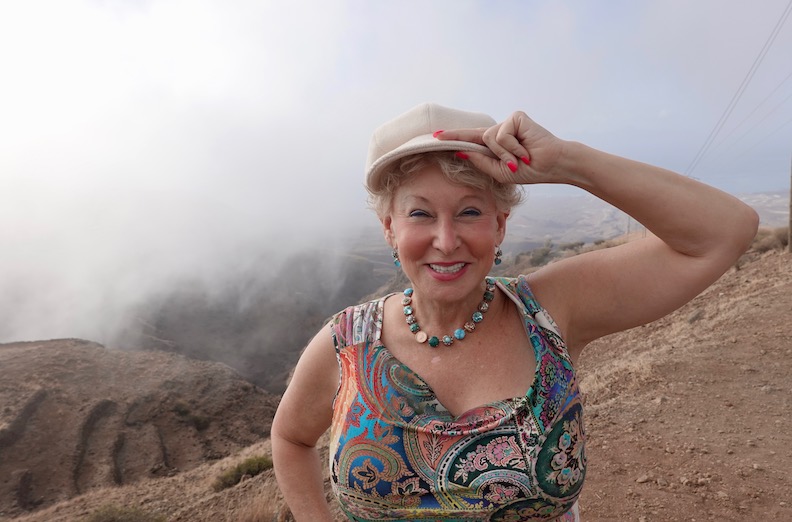 We were high; the clouds were low, and we were in them. 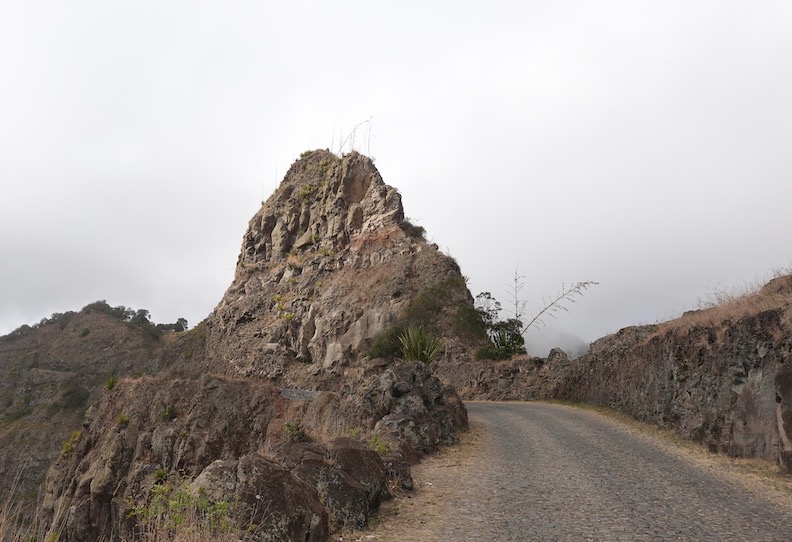 Miles and miles of roads were manmade with rock done piecemeal. 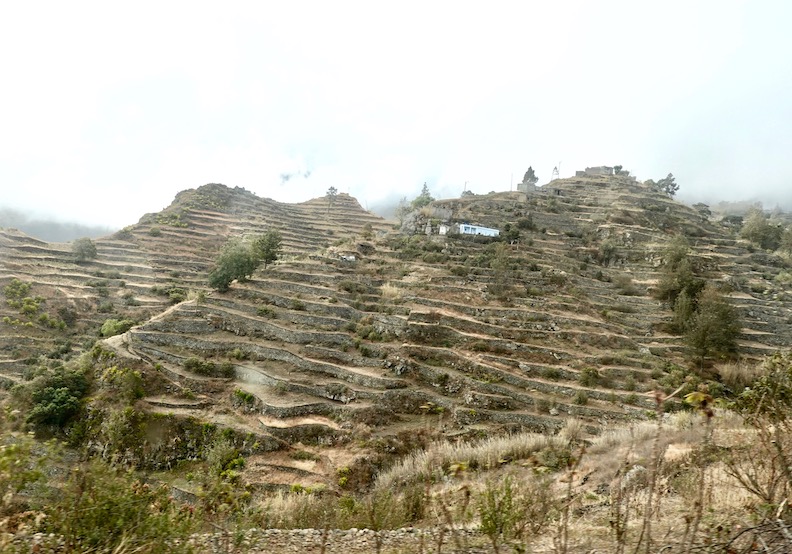 In the mountains were small farm communities. It is a very tough business. Terracing is required and difficult. Water for irrigation is nonexistent meaning only dryland farming is possible. A couple crops such as potatoes and corn are possible though. Unfortunately the soil is getting farmed out losing nutrients every season. 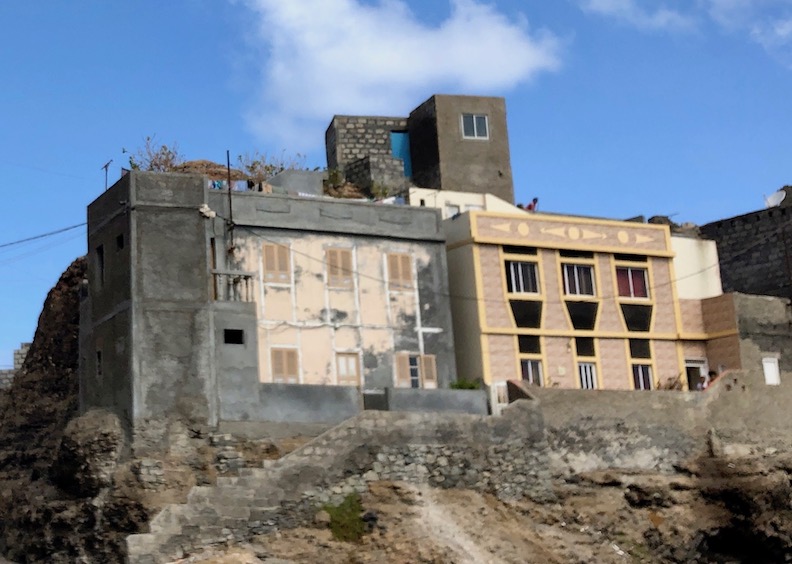 You can imagine our surprise when we came across a former synagogue, especially since we we had already learned there were no Jewish people living here. Over the centuries, Cape Verde became a harbor of Jews fleeing European persecution or in search of economic opportunities.
By the late 20th century what remained of the Jewish community had either left Cape Verde for Israel or assimilated into the predominately Catholic nation. 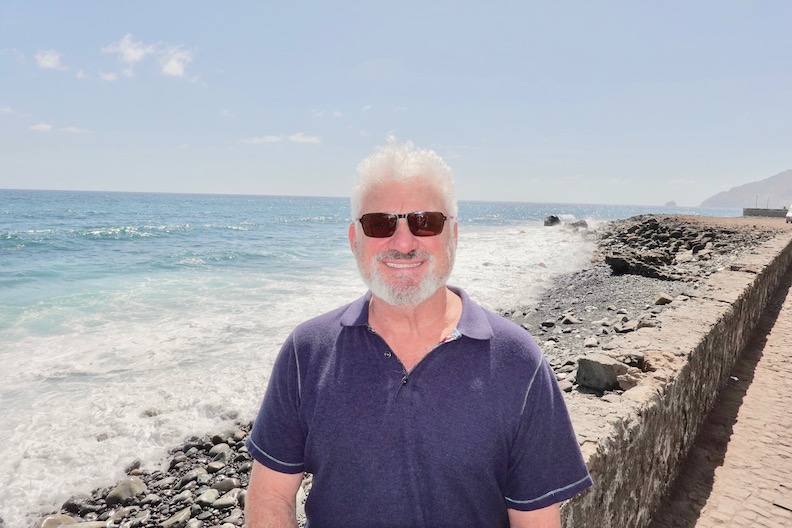 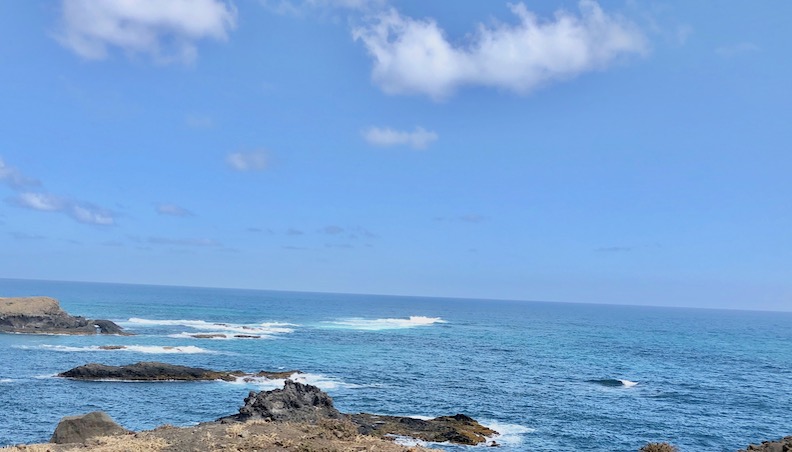 On a beautiful day the ocean is always pretty. That is where tourists tend to congregate. 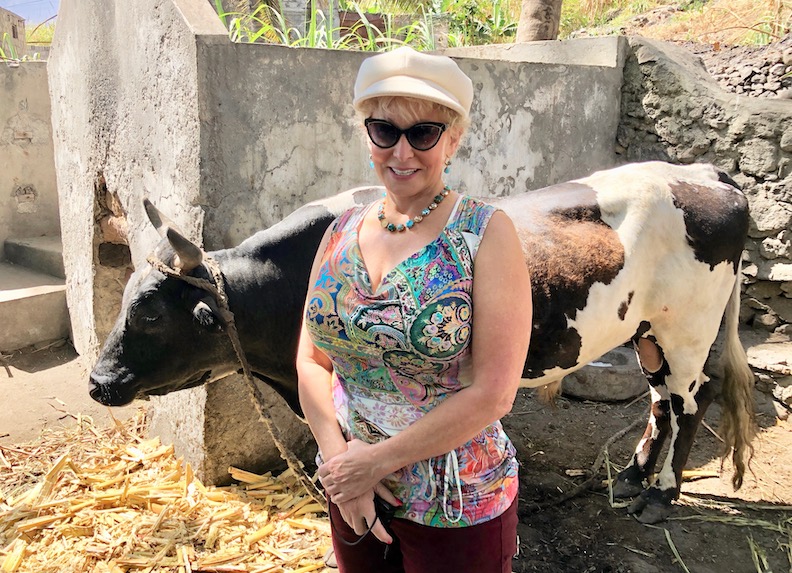 We said howdy to a cow at our final stop.