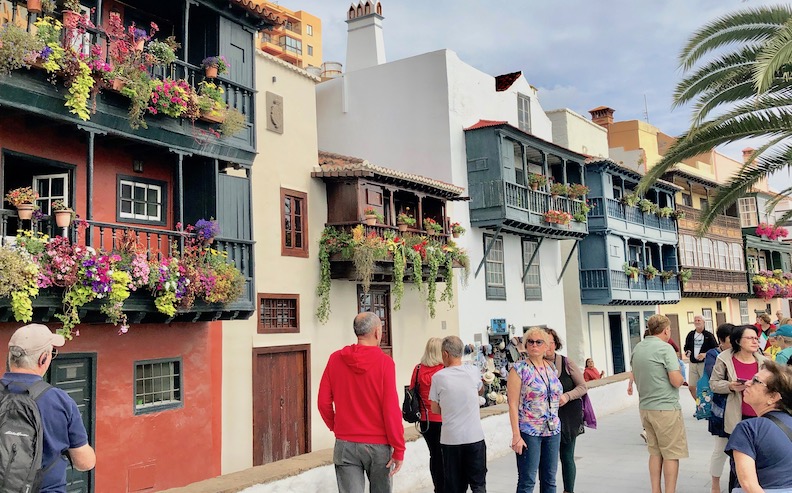 Santa Cruz de La Palma is the capital city of the island of La Palma, in Spain’s Canary Islands.
We love the Canaries, spent time there last summer and will return this summer, However, that is a different season, different island, different experience and a different blog. 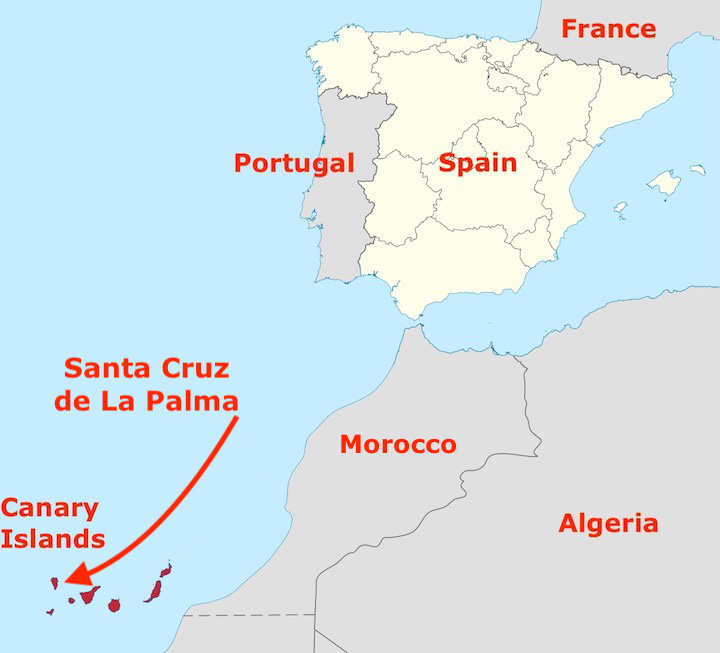 Geographically these islands are off the coast of Morocco in Africa, but politically and culturally are Spanish and have been for 500 years. 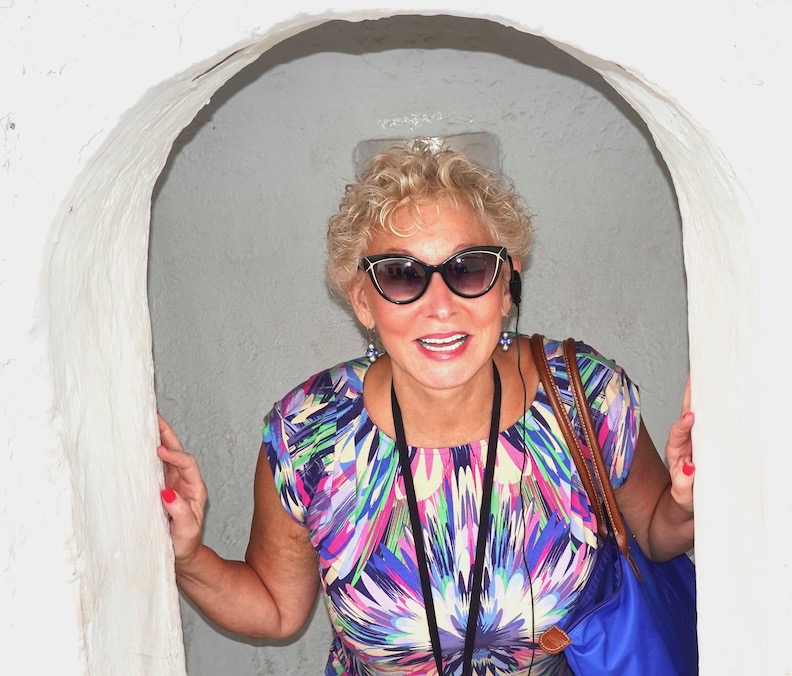 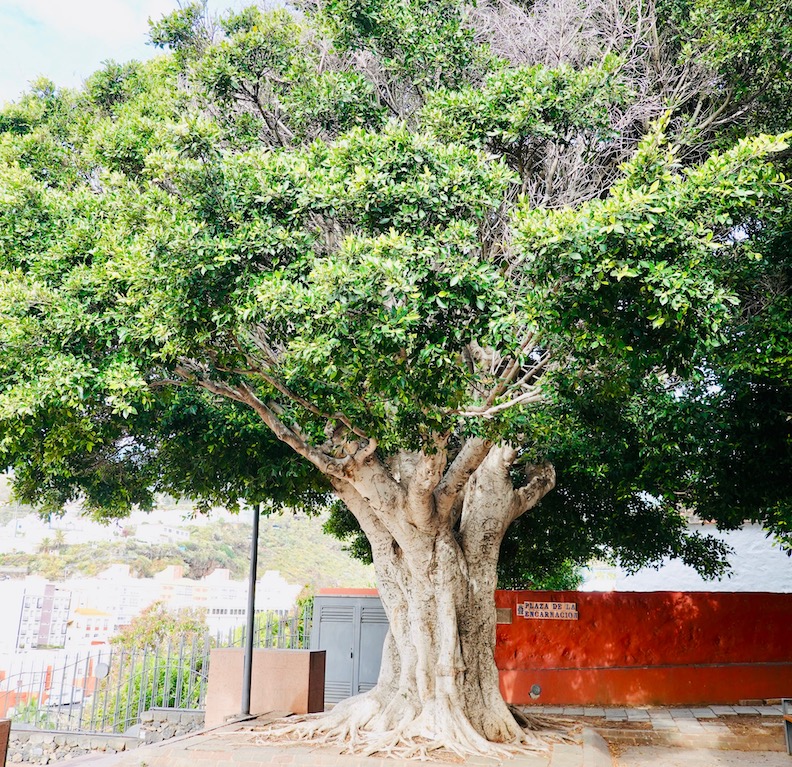 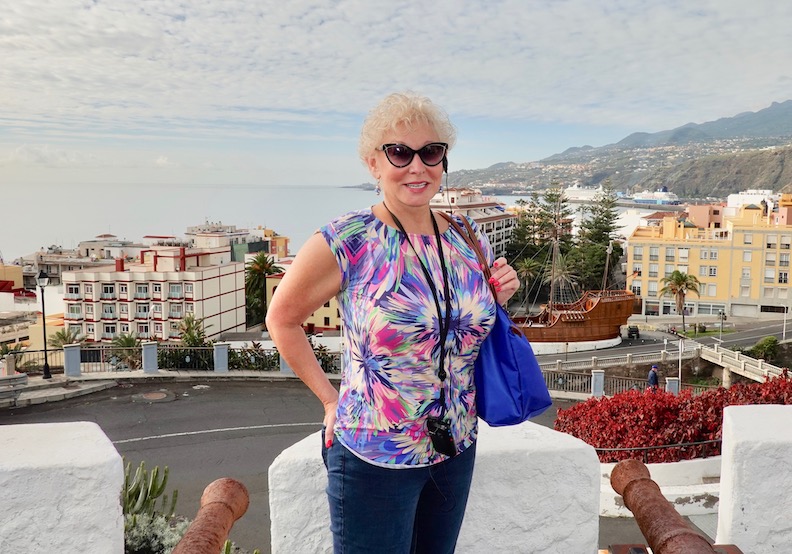 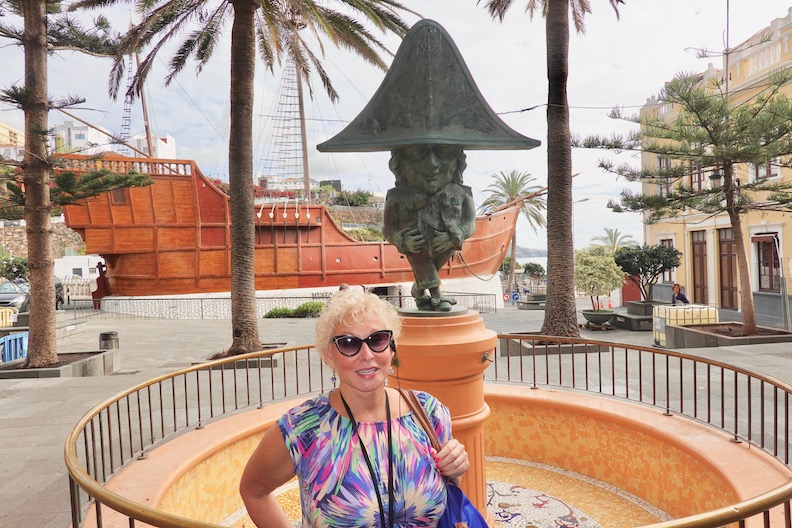 This city is known for its centuries-old architecture, cobbled streets and busy port. We took a trolley and walking tour to take it in. 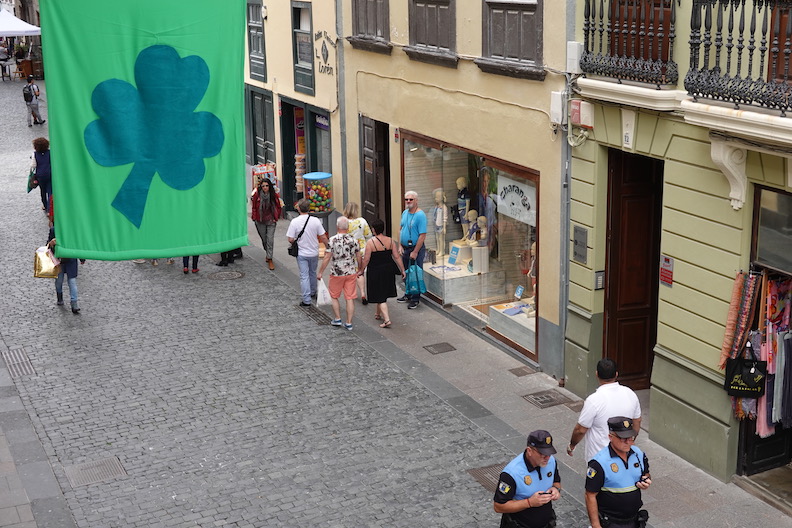 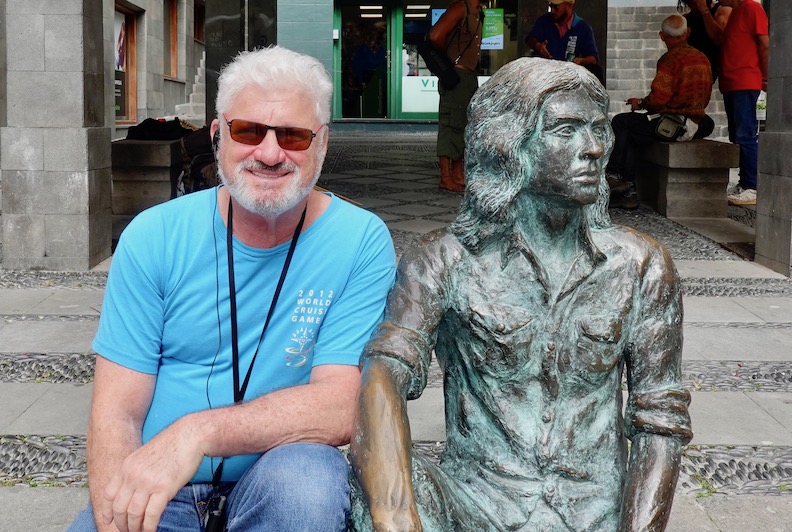 Not too many of the city facts will stay with me but the quaint loveliness will for sure. In fact often I just hung around while Allyn got educated. 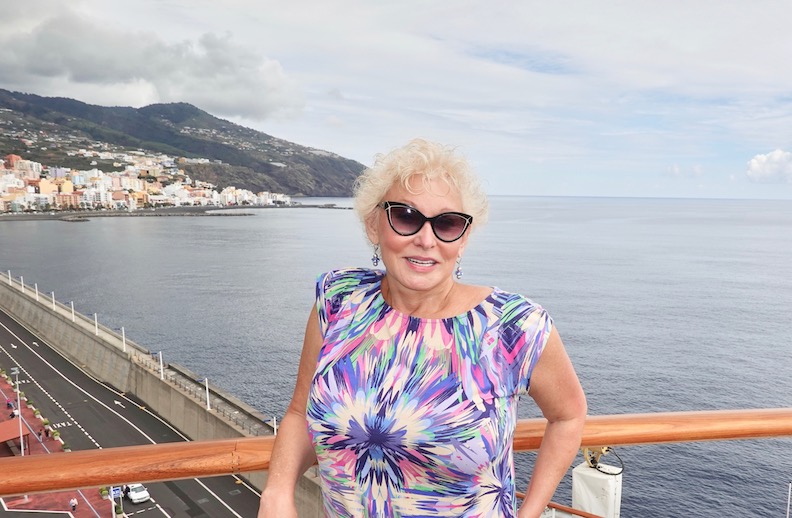 *It is the highest point in Spain and has the world’s largest telescope on top.

*Tex-Mex cuisine started here. Because of wind patterns, Spanish conquistadors came through the Canary Islands on their way to the New World. They brought with them and used peppers and chilies originally from African Berbers (Northwest African people) and infused the food with their flavors. Additionally, Canary sauces, such as mojo sauce, later became the basis of the Tex-Mex sauces.