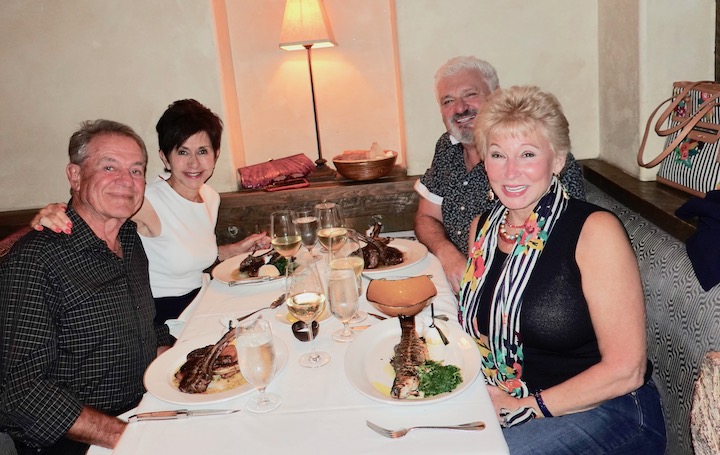 The first stop on this summer’s trip was San Francisco. We came in a day early to have dinner with long time friends Terye and Jacob Levy.
And what a great dinner it was. They took us to Kokkari Estiatorio, a sensational Greek restaurant. You can’t go wrong with either the lamb chops or the whole fish fish. 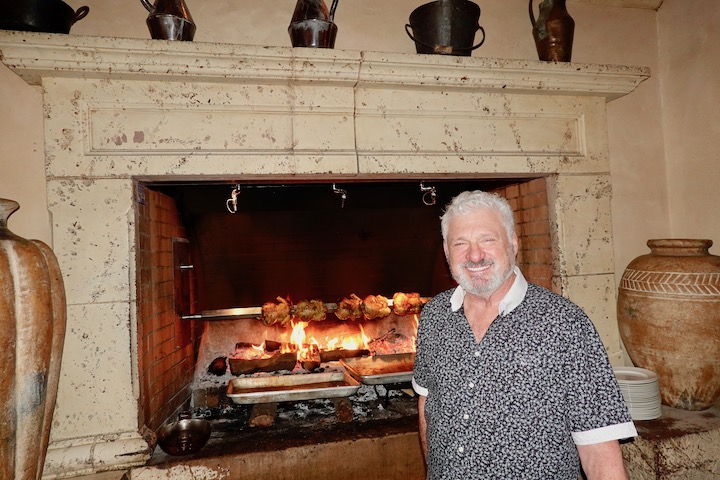 About 4:00 AM I remembered that I left some drops prescribed for my cataract surgery on my nightstand. What a dumbo! After a brief panic I got down to business of figuring things out.
I rejected the idea of trying to round trip going home and making it back in 10 hours. I tentatively ruled out having somebody from the office fly here, but knew that would work.
Then I learned that FedEx actually has a same day service. That was interesting although a $250 option.
Then it clicked. I jumped online and saw that Walgreens had a 24/7 pharmacy in Castro. What a cinch that was. I (Allyn) called them and in 5 minutes max they confirmed who I was, what my prescription was, and said the doctor had already approved two refills. He said it would be ready when we arrived.
And that is how we ended up in The Castro District in the morning.
When I was at Berkeley in college during the sixties this neighborhood was already the center of the universe for the lesbian, gay, bisexual and transgender (LGBT) community. Come to think of it, I don’t recall transgender back then. Anyway its still there big time. 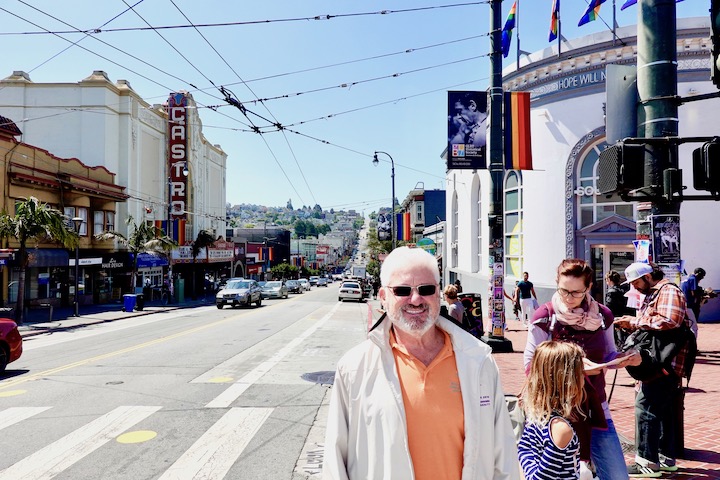 After returning to The St Regis, our lovely home for a day in The Embarcadero, we strolled to and visited Salesforce Park. It is a beautiful 5.4 acre rooftop park above the Transit Center. Other urban areas should take a lesson. 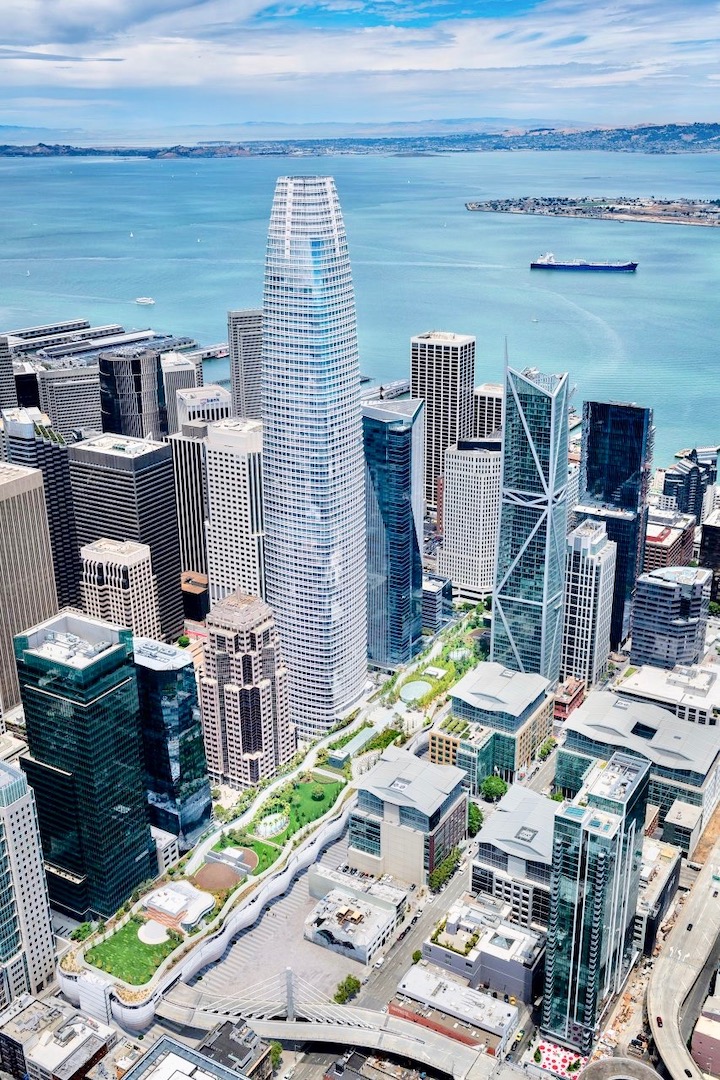 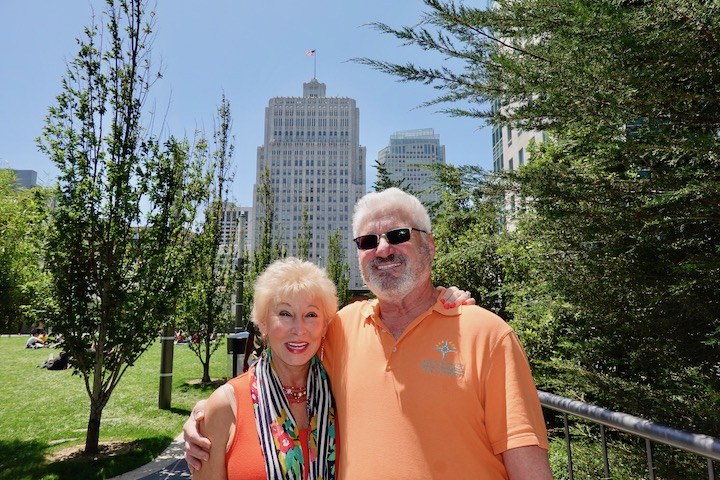