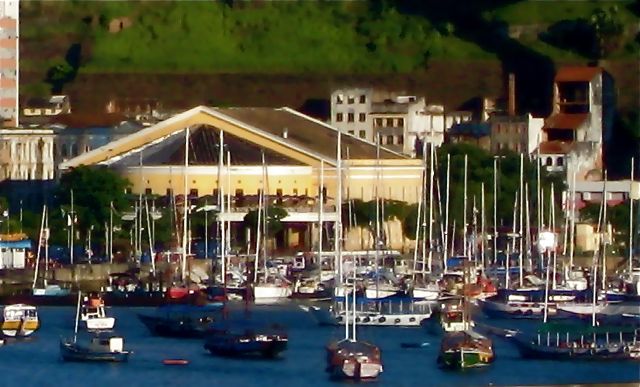 Salvador was the original capital of Brazil, but the honor then went to Rio (about 250 years ago), and now to Brasilia.

Today, Salvador is also considered the most African of all cities in the Americas. About 70% of its 2,250,000 residents are Afro-Brazilian.

Salvador was the main slave port in this part of the world. The yellow building in the photo above was the actual slave market.

During slave times they had to pretend to be Christian. As such, they have interesting African/Christian type religious objects and rituals here. 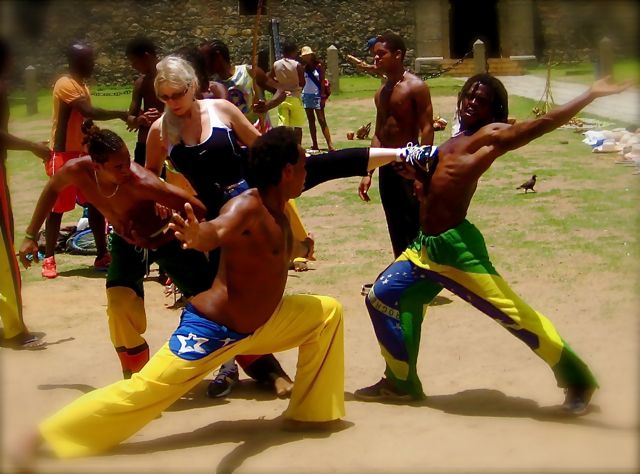 Here you see Allyn (pretending to be) dancing the famous Capoeira.

In the old days, slaves could not hurt one another, as they were considered property. Capoeira is a dance they put together, which allowed them to vent frustrations towards each other — without ever touching. It’s kind of like break-dancing meets Cirque du Soleil. 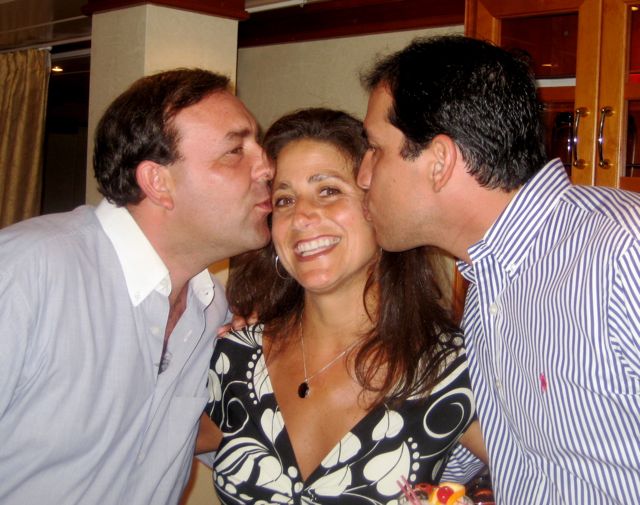 Today we also had a cocktail party for our friend Elyse, who turned 40 today. She is important: one the endangered five passengers on board who is younger than we are. Here Elyse is getting kissed by two others on that list.

On another matter, I have now had two issues with ship employees in two days. It’s not a big deal. The trick is not to let small things bother me. It’s something I have been working on for about, ummm, fifty years.