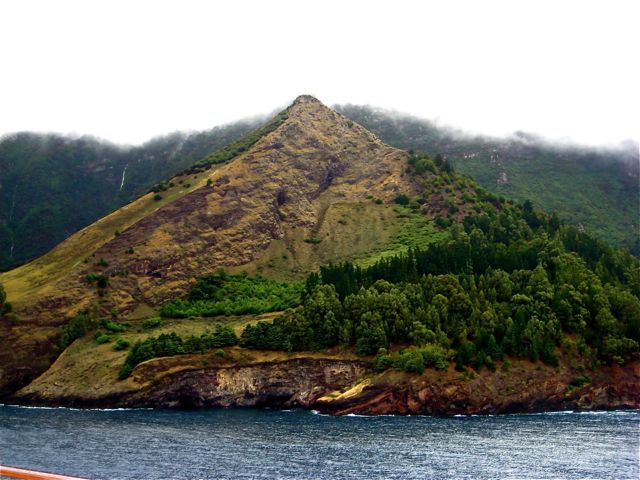 Today we visited Robinson Crusoe Island, kind of. We were here, but because of the rain, the main (only?) road was too muddy. Also, the swells were too high for safe tendering to shore.

It worked out fine though, because we just brought the inhabitants onboard. They did some fun entertaining and shared with us their local cocktail, which is similar to a Ramos Fizz. 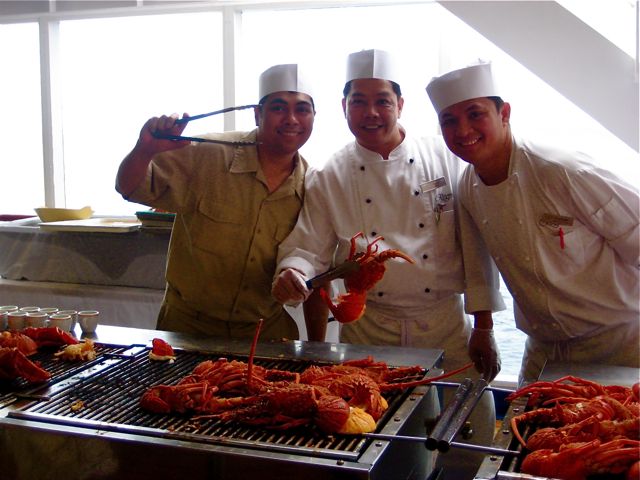 More importantly, we loaded up 200 local, spiny lobsters (aka rock lobsters), which were barbecued for lunch. They were outstanding. I wasn’t able to eat all of them, but gave it my best shot.

Robinson Crusoe Facts – “Robinson Crusoe” is a novel written by Daniel Defoe. It is based on the true story of a Scotsman, Alexander Selkirk, who was on the island alone for over four years.

Selkirk ended up here in 1704, after he told his fellow shipmates that their ship was not seaworthy. He told them he would rather stay behind on the island, than take his chances on the boat.

As he was known as a troublemaker type, the crew sailed away anyway not heeding his advise. They all perished in a storm soon thereafter.