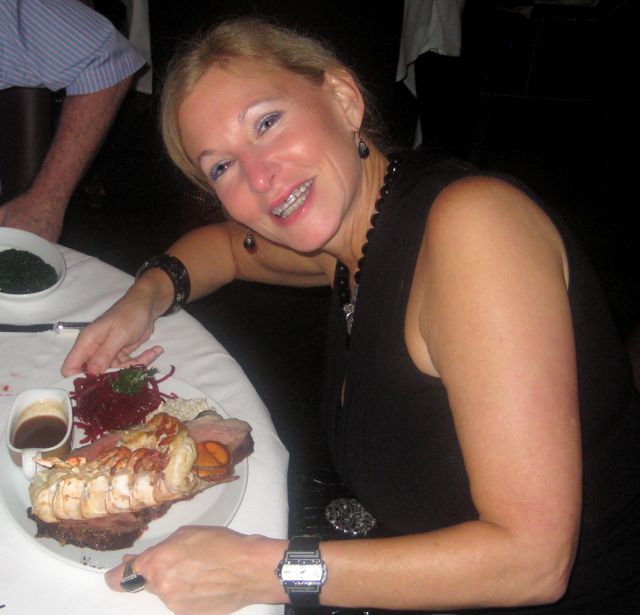 They say that Rarotonga is like Tahiti was in the old days. I still don’t know. As happens every so often, we arrived at a scheduled stop, but were unable to get off the boat due of rough, high seas.

This never happens in larger ports where there are berths to tie up to. But, here we were, at just a small island.

The ship’s staff immediately compensated by adding additional activities (as if it were a sea day).

They even showed the film “Slum Dog Millionaire.”  I know it was the big hit at the Academy Awards this year, but I walked out after about a half hour.

Tonight we had dinner at Prime 7, which is one of the five dinner options onboard. It is your basic deluxe steak house, with a limited menu which never changes. The place is new this year, and has become most people’s favorite.

One reason is because they offer higher-end food than in the other (regular) restaurants onboard. It is supposed to be an alternative and, as such, is relatively small. This creates an artificial demand, and makes reservations tough to obtain.