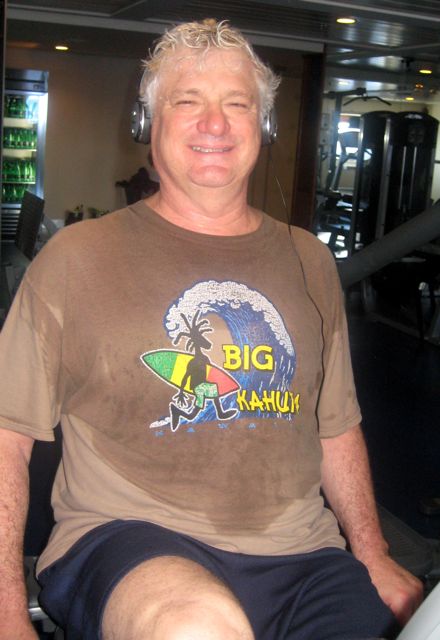 After a very heavy-duty workout this morning, we had lunch outside. The weather has been perfect.

In another two weeks it will be oppressive when we are in Asia and I’ll be running for air conditioning. Just two weeks ago I was freezing. Never happy.

One of the nice things about cruising is meeting nice, interesting people from all over. We had a fun dinner with a couple from Slovenia. She is of German descent and he is Dutch.

Of course they speak several languages, and as a typical American, I speak English. As a group, Americans are very egocentric.

In trivial pursuit, most of us knew four of the five oceans – Atlantic, Pacific, Indian and Arctic. Most, including me, missed the fifth one – Southern.