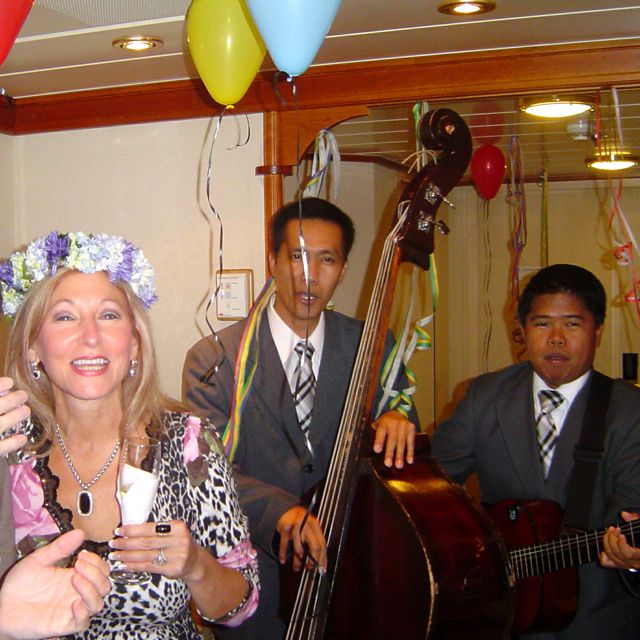 The big news today, is that we crossed the International Date Line.

As you may know, this is an imaginary line that generally runs along the 180 degree meridian of longitude, which separates two calendar days. As such, the Eastern hemisphere is one date later than the Western hemisphere.

The most important issue here for me, personally, is that in 2007, on a different cruise, we crossed it going west on Allyn’s exact birthday. That gave her a 48-hour birthday. That’s probably a once in a lifetime treat.

There are some interesting facts about the International Date Line, that maybe you have not thought of, or did not know. 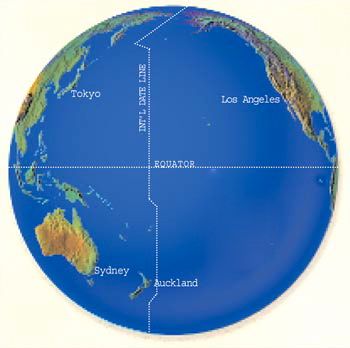 Even though it is exactly across the globe from the Prime Meridian in England, it could be any place. This is logical in that it is exactly half way around the world, and it is in the least populated area of the world.

It is not a straight line, because geographical and political considerations have always played a role. Countries changed thier orientations to accomodate approaching traffic.

For instance, the Philippines changed in 1845 from the Eastern (U.S.) side, because it was a Spanish colony generally approached via South America. It went to the other side when South American countries gained their freedom, and travelers came from the other direction.

Probably the most extreme example is Alaska, which was changed in 1867, when the U.S. purchased it. Travelers headed to Alaska from the Sates instead of Siberia. Plus, it just made more sense.

Jewish scholars referred to its existence in the Talmud in relation to Jerusalem. They put it 6 hours away (a line through China), because they segmented the world in quarters.