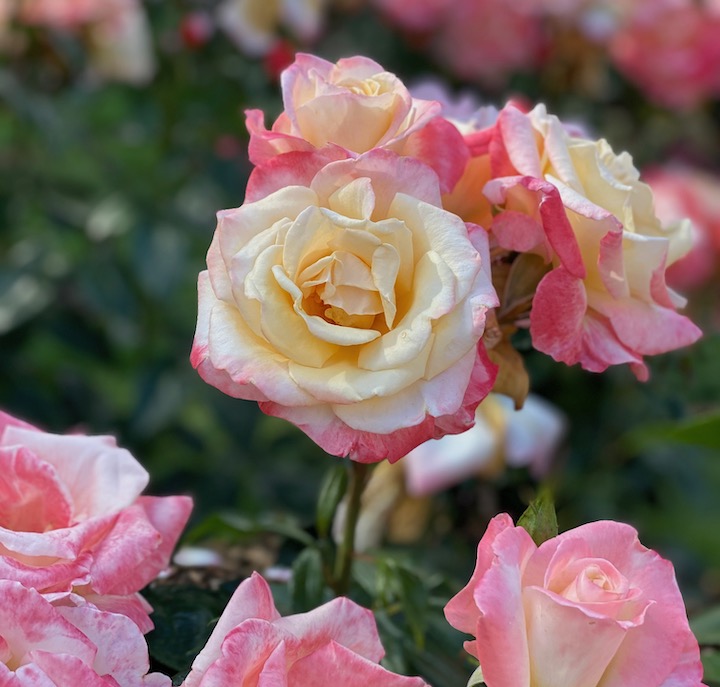 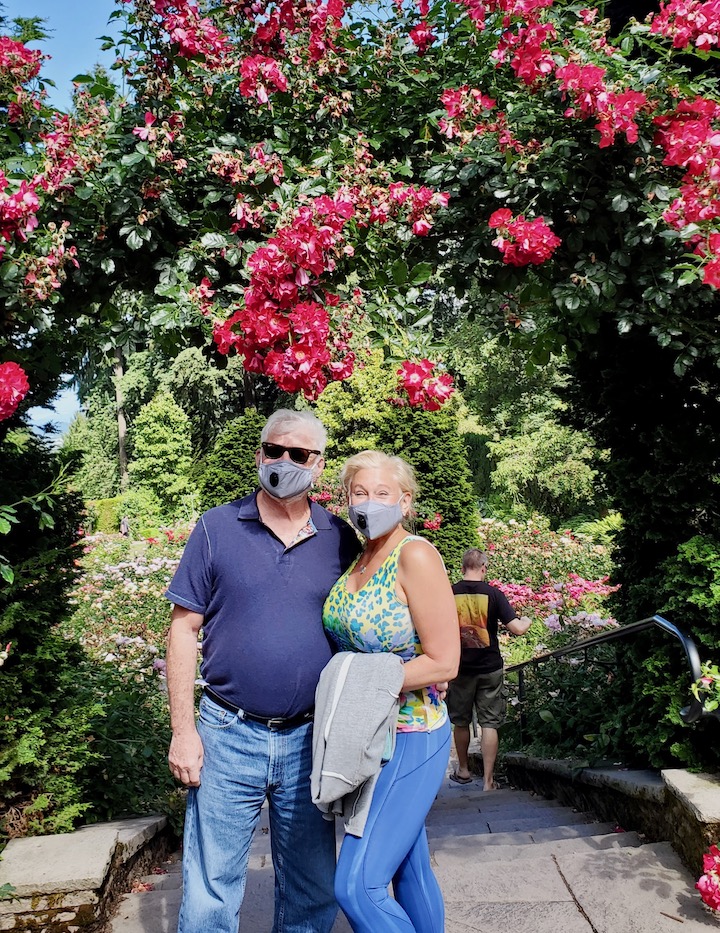 Portland has been known as the Rose City, since 1888. They have thousands of rose bushes lining 20 miles of streets. 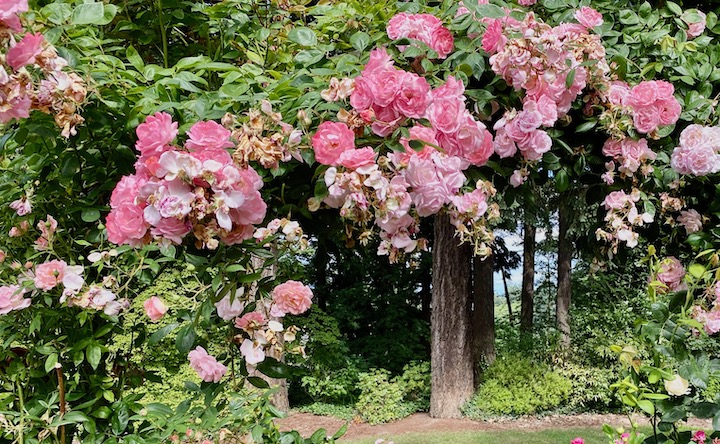 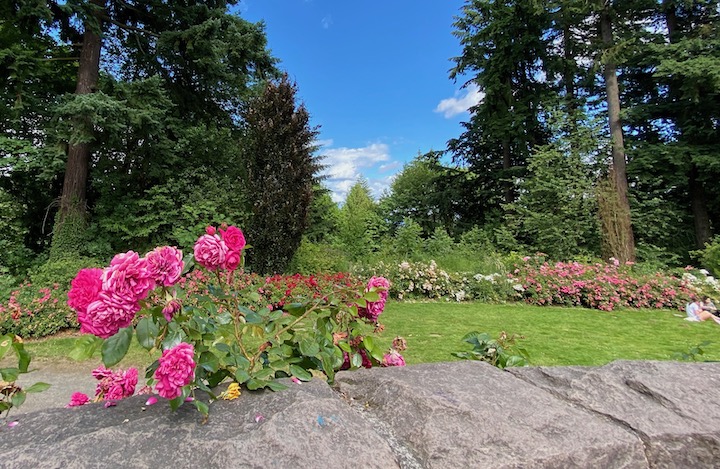 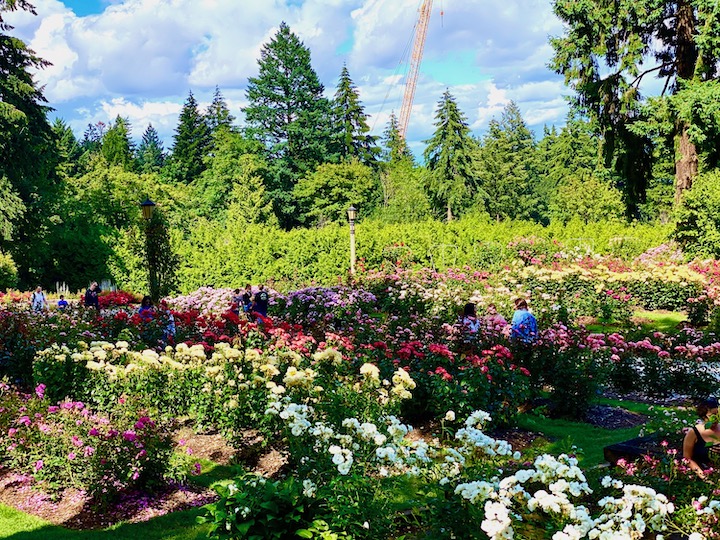 We visited Washington Park,  a popular Portland tourist destination, with more than 9,500 rose bushes representing over 600 varieties. I was disabused of the notion that there were just red roses and a few yellow ones. 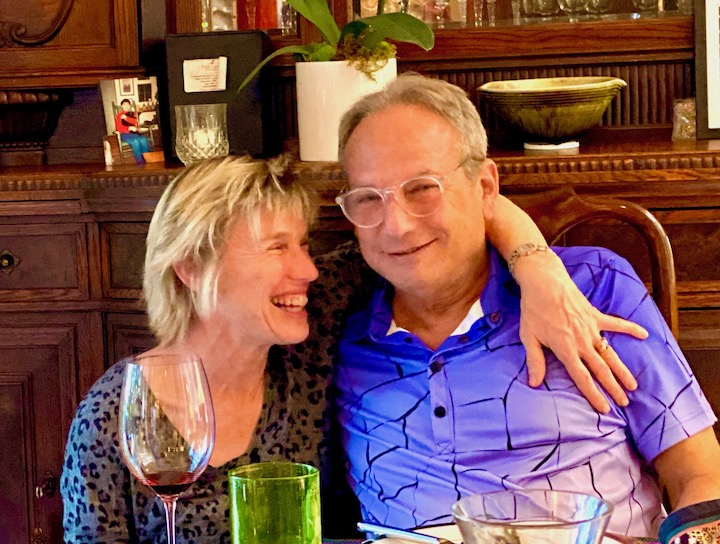 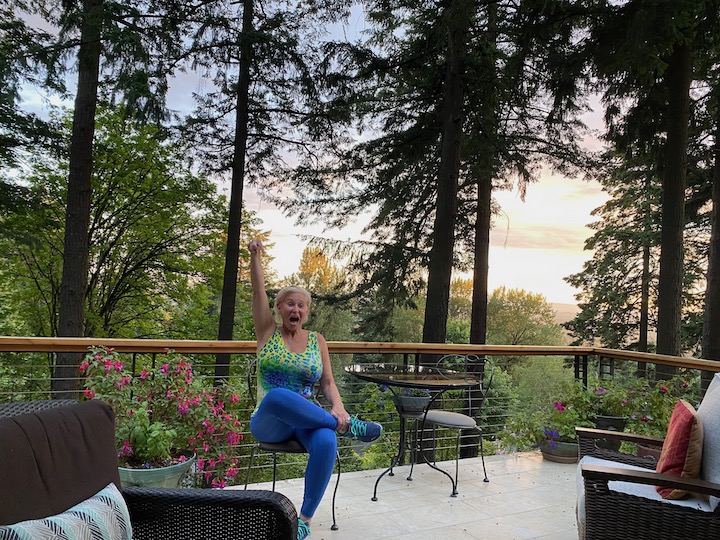 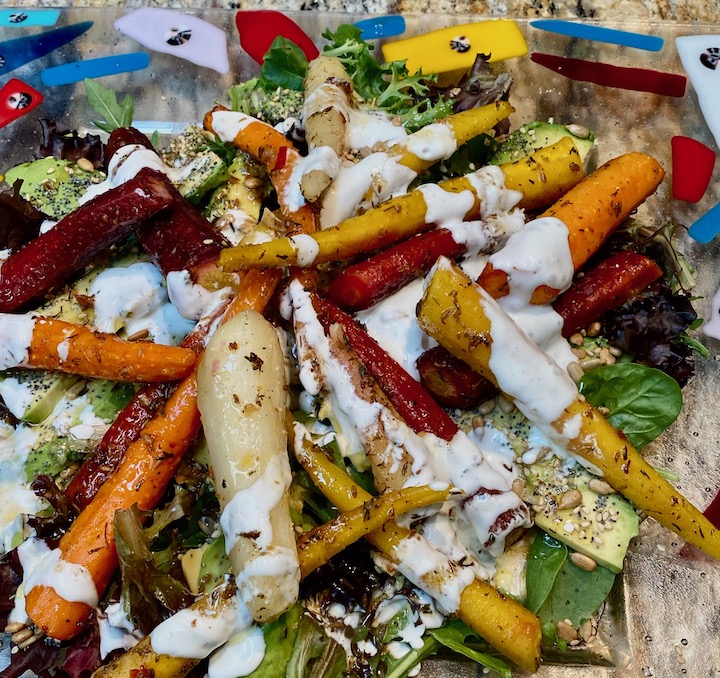 Robyn prepared a lavish five course feast that was worthy of a gourmet restaurant meal. 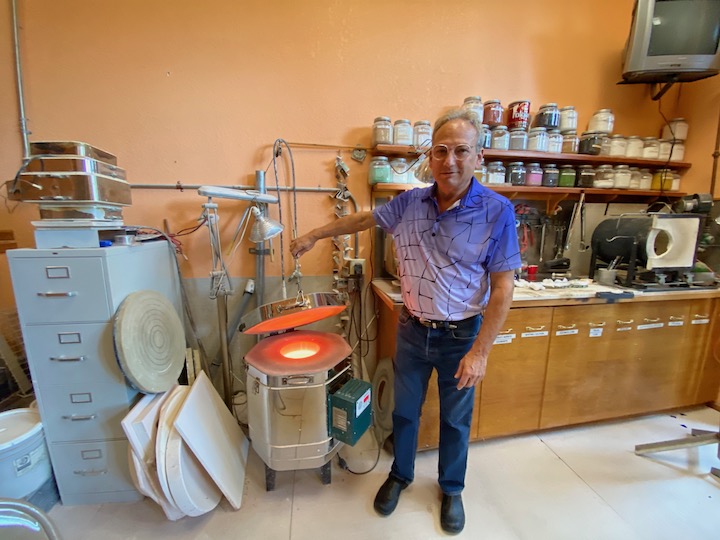 I have known for years that Perry dabbled in pottery and glass art. I had no idea how accomplished he is, nor what a major studio he has. 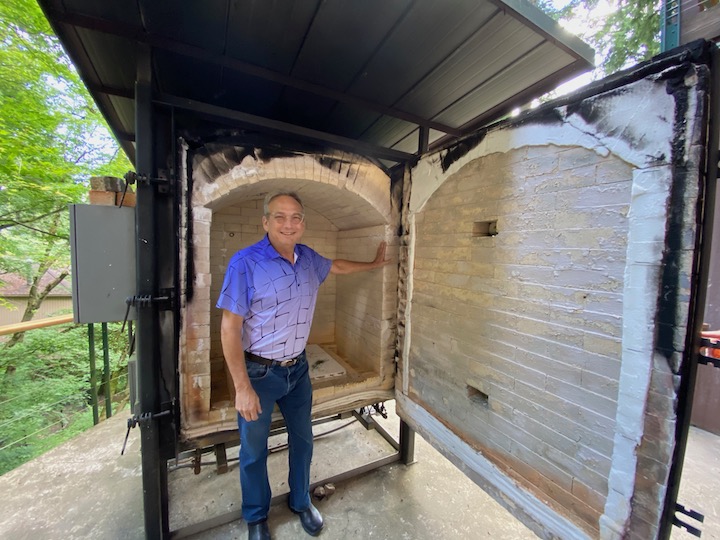 The big kiln could only fit outside. He built it himself since there was no way to bring one in. 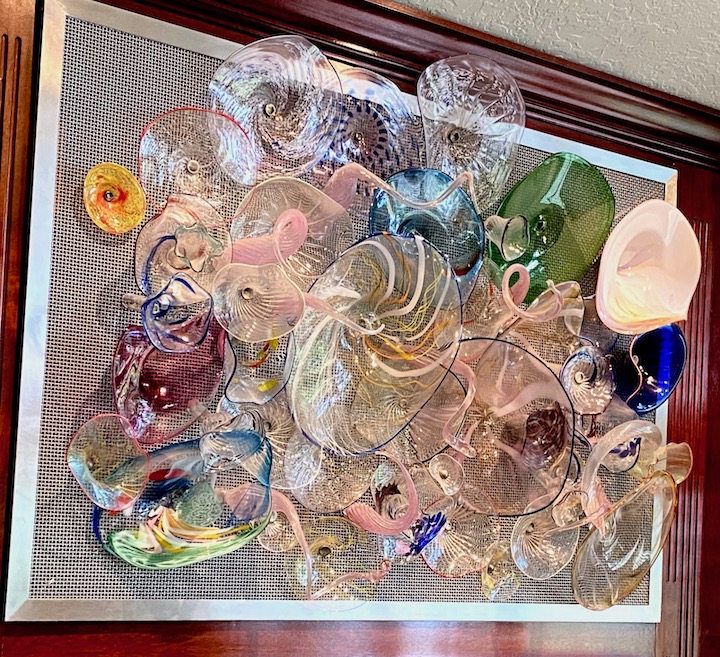 His pièce de résistance is a huge beautiful piece of glass art that hangs over their fireplace.
Thanks for hosting us.