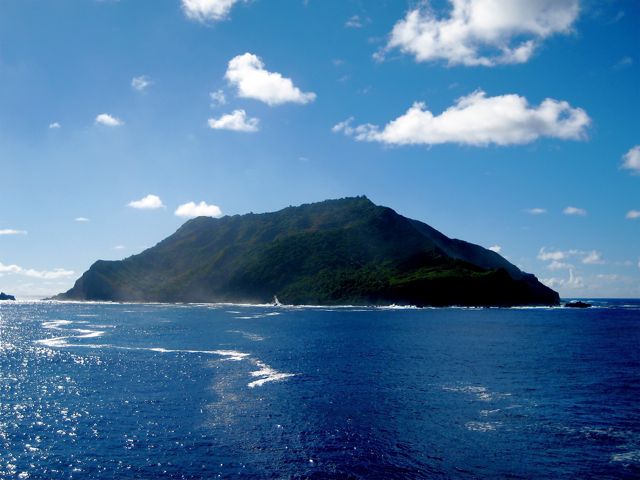 We’ve all heard of “The Mutiny on the Bounty.” What you may not know is that it is a true historical occurrence.  Pitcairn Island is where Fletcher Christian settled and his direct descendants are still there today.

For the sailors of the Bounty, life had been great on Tahiti. From the beginning , the long, hard voyage back to England didn’t sit well with them.

The mutiny occured in April 1789, when Fletcher Christian and almost half the men took control of the ship. They set Captain Bligh out in an open 23ft boat, with very little food and a sextant. He ended up having what would still be a Guinness record: a 47-day voyage covering 3,618 nautical miles. Miraculously, only one sailor died.

Shortly thereafter, the British Navy set out to find the mutineers. They found about half of them in Tahiti, where they were captured and brought back shackled, in a box on the HMS Pandora (which was the derivation of Pandora’s box).

They settled at Pitcairn, a very remote island about halfway between Peru and New Zealand. They sank their ship so the British would not find them, also eliminating any ideas of leaving the island.

As such, their descendants are still here today. Now in the ninth generation, about 50 people live on the island, most with last names of the mutineers.

As there really was no way for us to tender ashore, the islanders came to the ship. We bought things, listened to many great stories, and watched an interesting slide show.

I know it is very hokey, but in the picture below I am standing on real Pitcairn soil. 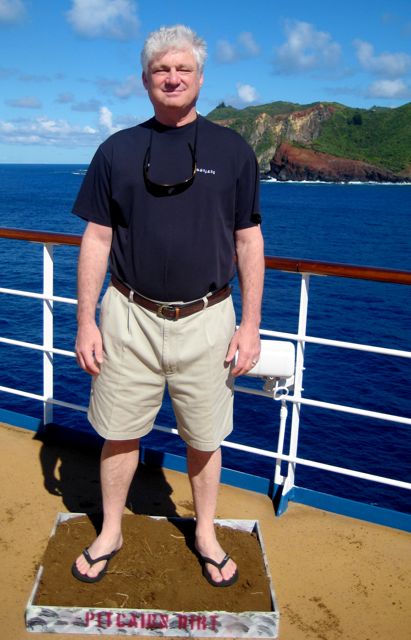