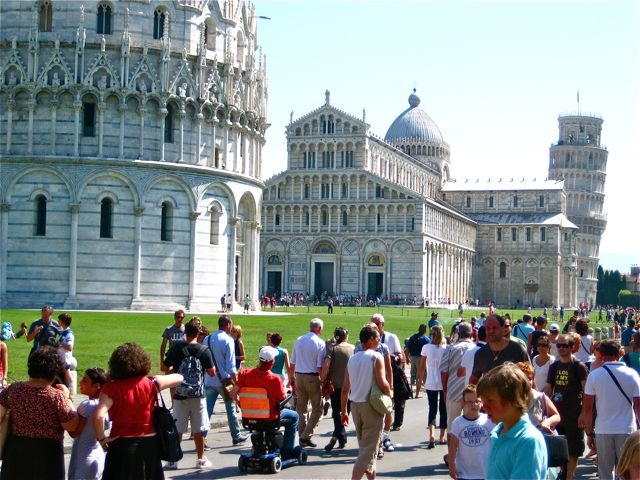 Through the years I have passed up Pisa when in this part of Italy because of the importance of visiting Florence, one of the world’s great cities. Besides I have traditionally been advised that Pisa really has nothing to offer other than a building that does not stand erect. 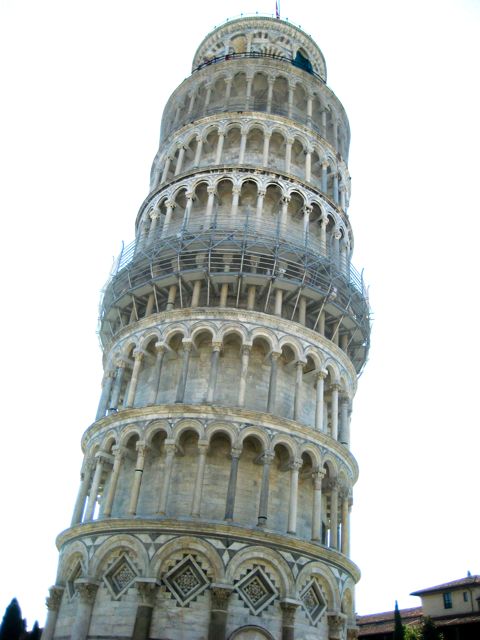 Actually now that I have been, I highly recommend Pisa for at least a half day visit. The entire city has soft subsurface and there are two towers that lean even more than the famous one.

The area known as the Piazza del Duomo is a beautiful grassy area that houses the Cathedral, the Baptistry, the monumental cemetery and the Leaning Tower, which is the bell tower.

As was the case in the middle ages, religion was combined with economics, politics, and all means of power. The richest people and places built the biggest and fanciest to show the world. That is exactly what happened here one thousand years ago. 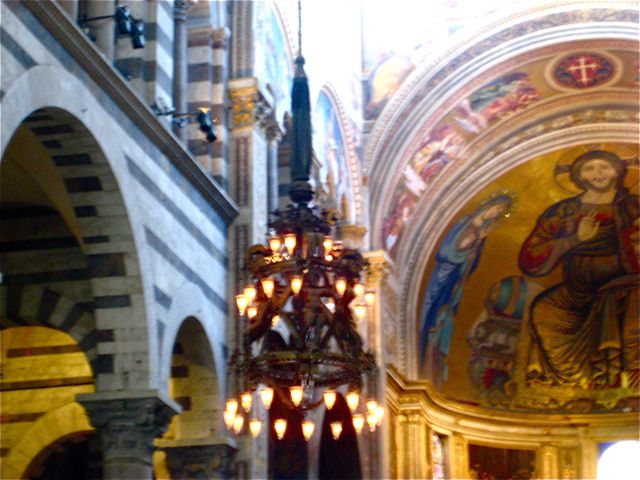 At that time the cathedral was the biggest in the world. It is beautiful and I am not a big church fan.

In the eleventh century they controlled the Mediterranean area including Corsica, Sardinia, Sicily and conquered Carthage in North Africa. They even took Jerusalem in 1099 and established colonies in Syria, Lebanon and Palestine. Who knew?

When Galileo was 19 he did most of his gravity work right here. The chandelier you see in the church is the actual one he used to prove up his pendulum theories. The Leaning Tower was used to drop things. That proved that objects fall at the same rate. 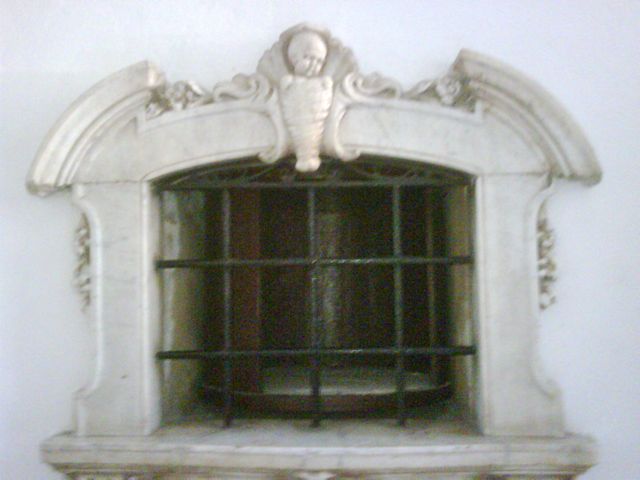 The picture of the baby is an actual place where people who wanted to abandon their babies could just put them behind the bars and they would be taken safely inside.

Besides Naples, Pisa is the only major city in Italy that never had a Ghetto for the Jewish population. According to our guide it was not necessarily because they were so enlightened, but the Pisans thought it was good business to maintain a welcome community.

Pisa is a major college town outside of the tourist area. They have 100,000 inhabitants and a 60,000-student university. 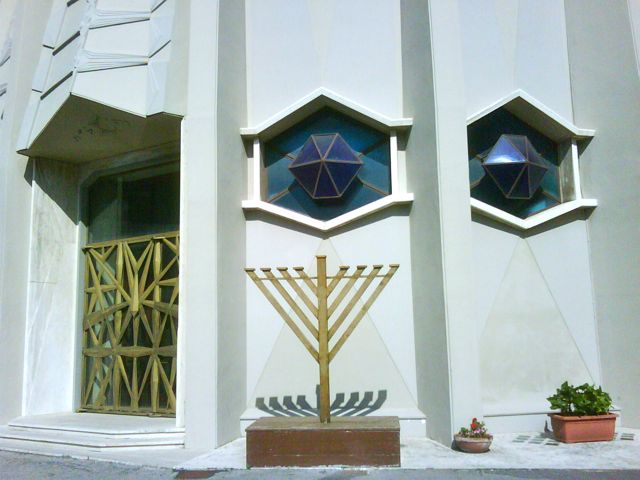 After lunch, Allyn found a beautiful synagogue in Livorno. It was destroyed during the war and rebuilt in the sixties.