As long as we were changing planes in Madrid anyway, we decided to stay for a couple days mainly to take in The Prado, one on the world’s great art museums.

We hired an outstanding private guide company whom I recommend –  Madrid Museum Tours. Mr. Hernan A. Satt, the owner guided us personally. I only wish we had more time. 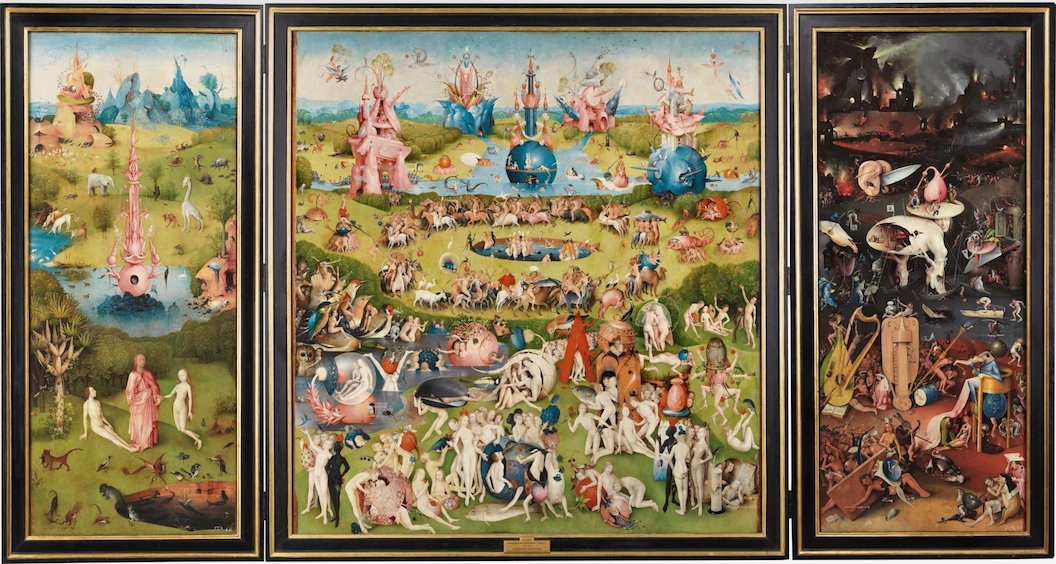 We saw several of the world famous paintings including one of my favorites The Garden of Earthly Delights Triptych (1490 – 1500) by Hieronymus Bosch. It is about heaven, hell, creation, sin and so many other things. Our guide could have spent all day explaining it and it is the third time I have seen it. Very busy painting. 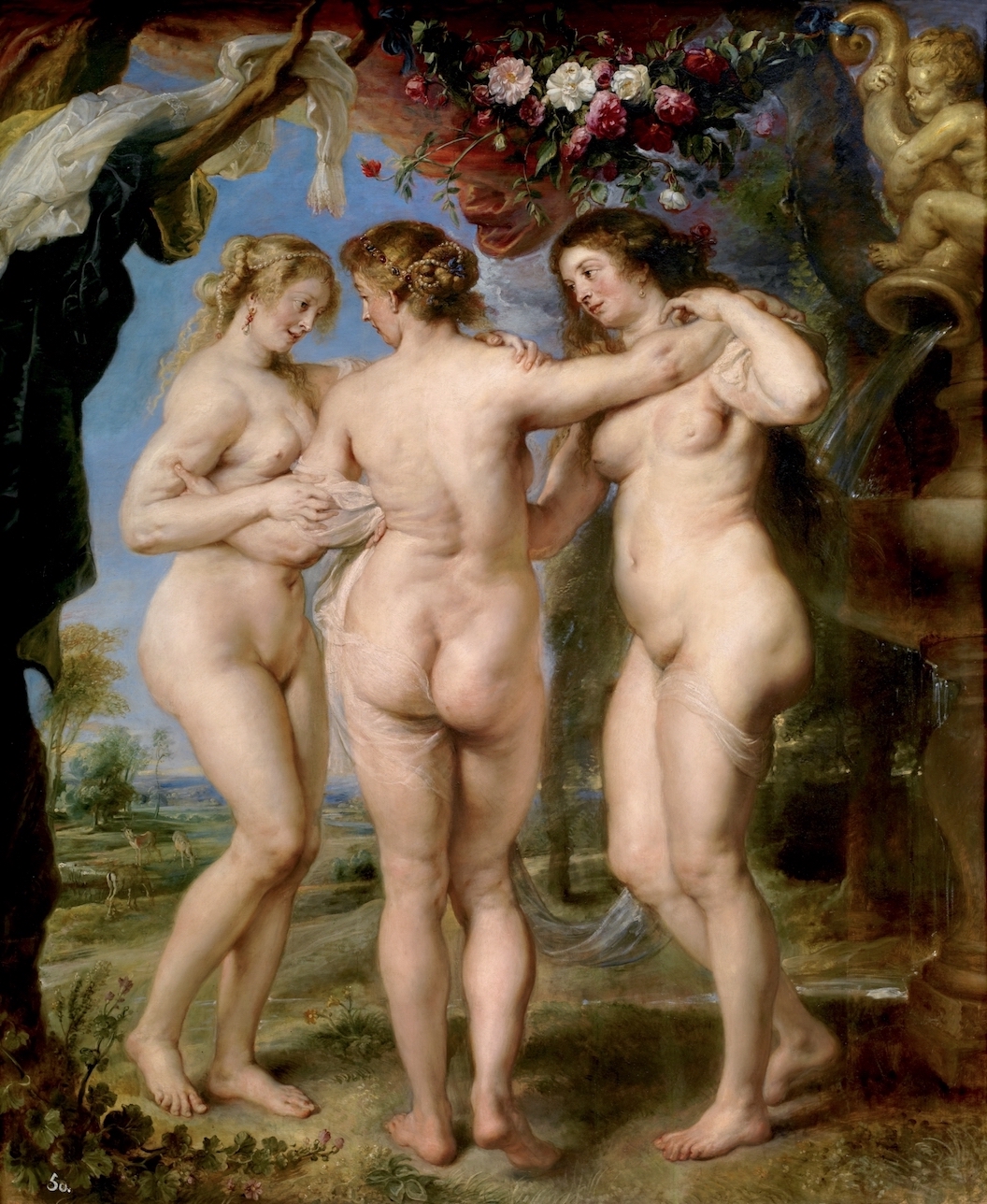 Allyn wanted to check out The Three Graces (1630 – 1635) by Reubens. He has never done much for me, but I had a whole new appreciation of his art, and him, after I heard the story of the painting. It is supposed to be about virgins living with Greek gods, frolicking and having a good time. We learned about painting in primary colors, blue tints blah blah blah.

Then I found out that the artist would not sell it, even to the King, his benefactor. It turns out the lady on the right is his first wife and the lady on the left his second, and then current wife. He said the middle lady was just the model, but apparently was his mistress. Anyway he loved the painting, it was very personal, and I can see why he wouldn’t sell it. Then as soon as he dies the wife wants to get rid of it because she couldn’t stand seeing his mistress, even from behind. 400 years ago and nothing has changed. 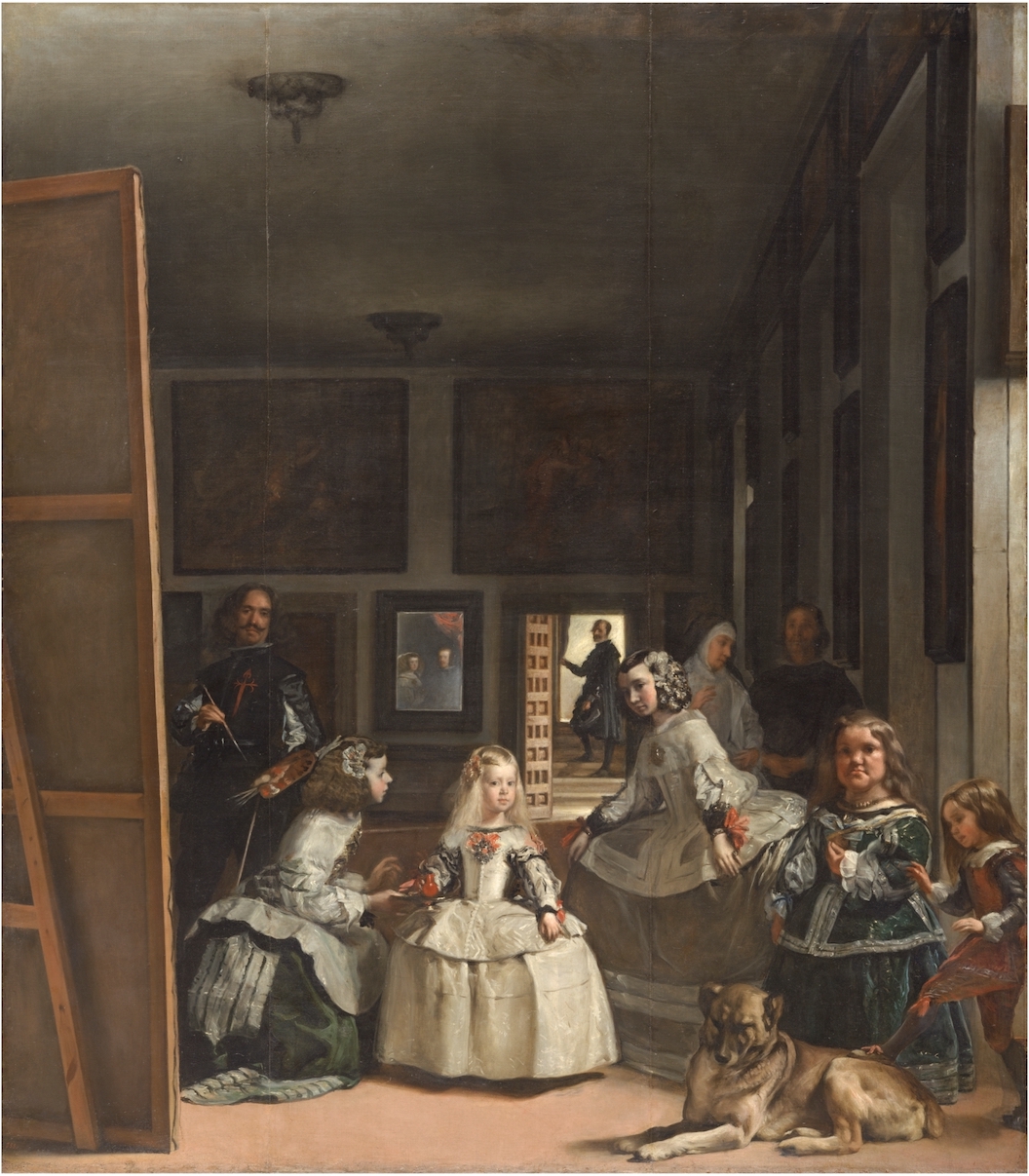 Also she particularly likes Las Meninas (1656) by Diego Velazquez. The painter is in the painting along with royalty; a definite no no. Since he and the King are actual buddies in real life, it was not a royal issue. It shows the view from the eyes of the King even though it was supposed to be about him. To see it properly you need to turn around and look at it with a mirror. For example the painter was left handed. 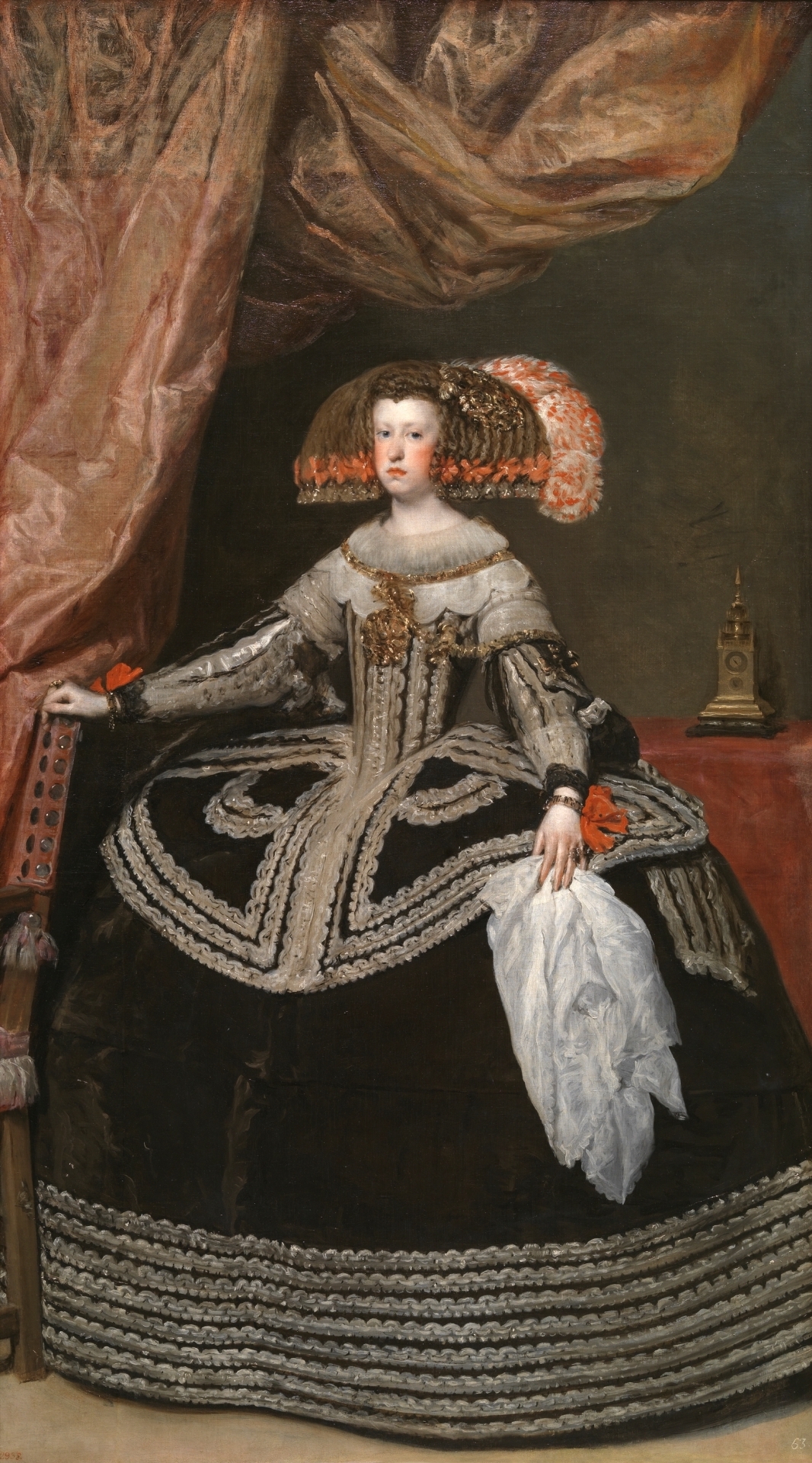 Speaking of Velazquez, I loved his Portrait of Queen Mariana of Austria (1652,53). It is a great story with the fun being about (not so) secret Jewishness. In order not to get in trouble, he painted it for his friend the King, but for his eyes only. The artist’s family was among those Jewish families who converted to Christianity, and secretly remained Jewish,  or they would have been expelled from Spain.

Some items to note in the painting. Both hands have fingers showing Hebrew letters. She is wearing an upside down Hannakia on her head complemented by 8 bars on her dress. If you look close at her white hankie, it is the face of Moses. 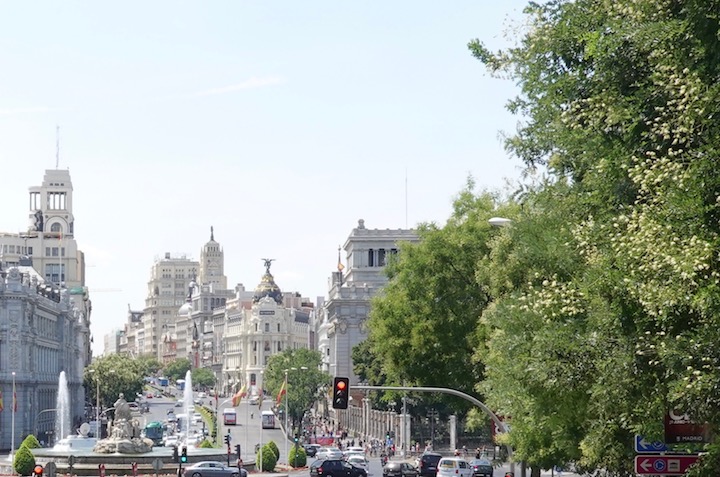 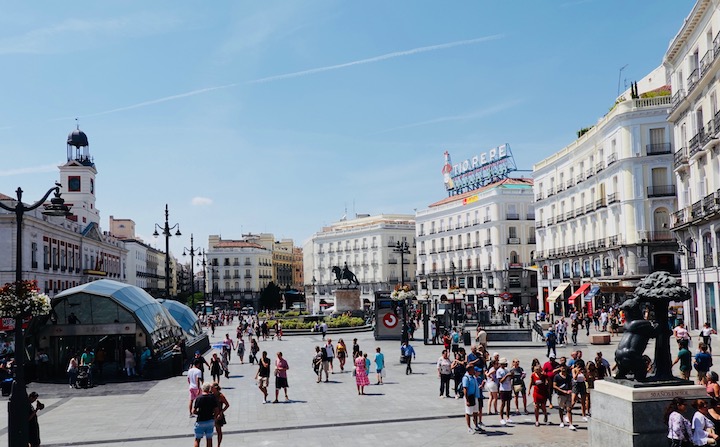 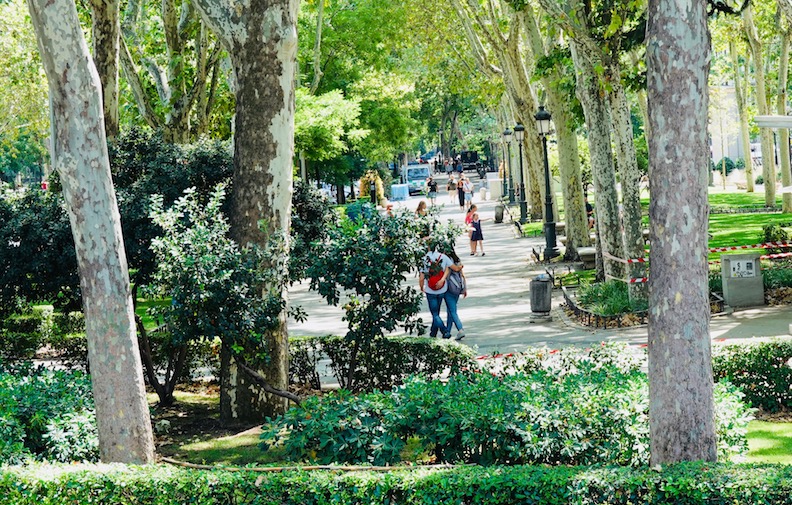 Then we enjoyed a relaxing hop on hop off tour viewing vast tree lined boulevards and checking out the architecture parks, and squares. 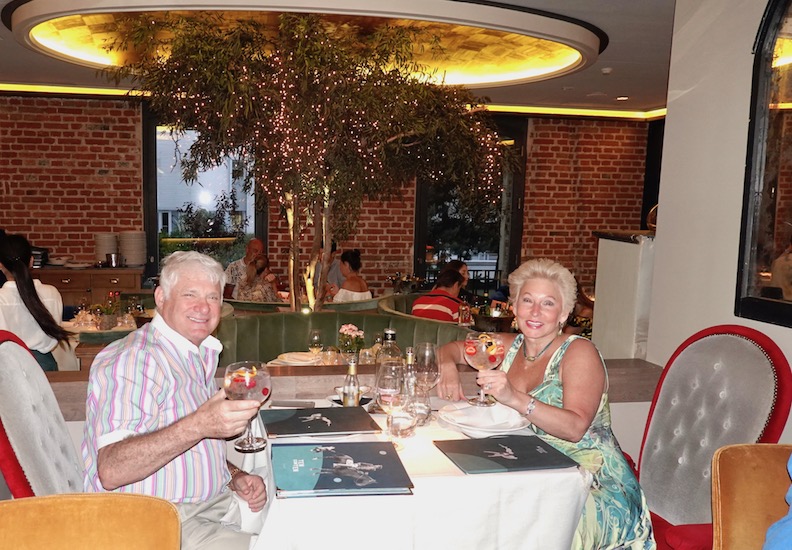 The dinner choice was superb. We ate at TenconTen, a restaurant with all the attributes we like: good food, service, ambiance, in, trendy, different levels of music depending where you dine and lovely all around. Plus it was an easy walk for a few blocks.
Since we ate at 9, the bar was hopping and the dining room almost empty but for us few early bird Americans. Every seat was taken when we left at 11. 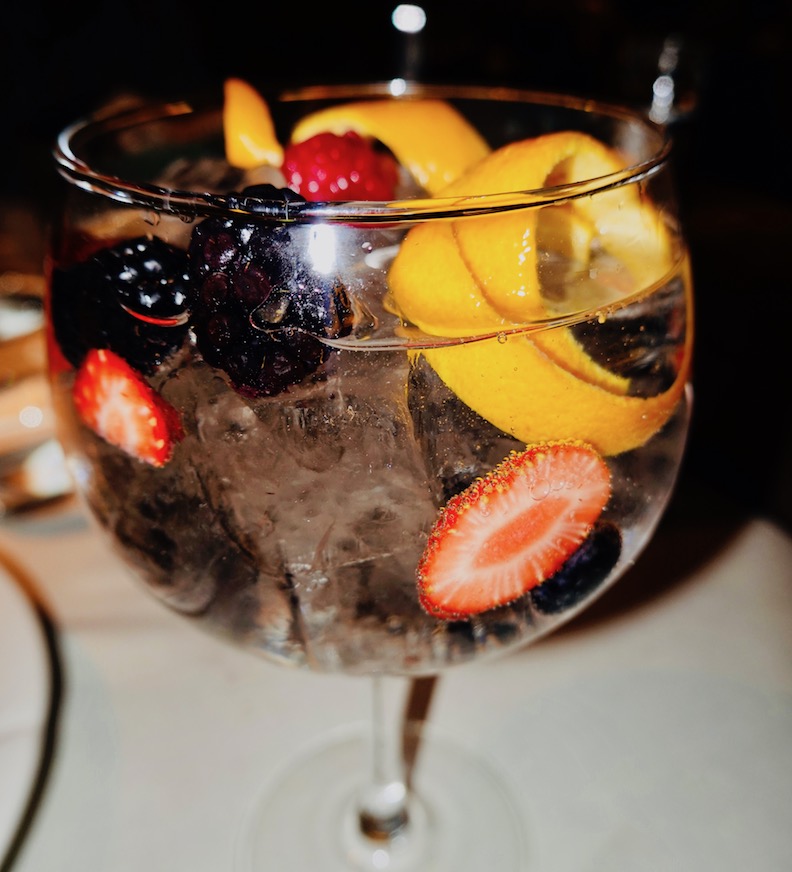 The gin and tonic tasted as good as it looked.