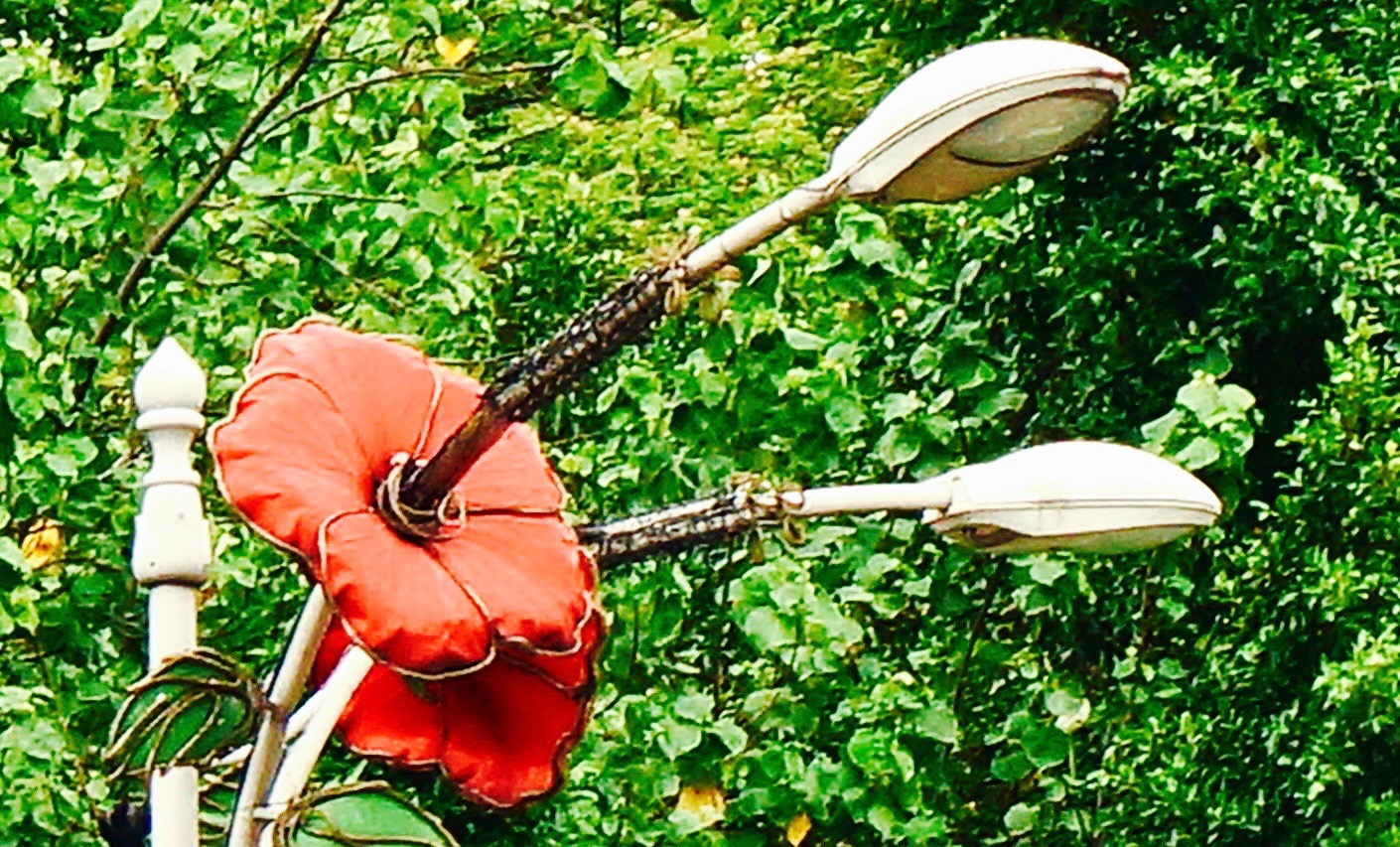 Our tour began at 7:15AM because there was so much to see in Kuala Lumpur.  The National flower of Malaysia is the Hibiscus, which is creatively displayed on lampposts.

The world famous “Batu Caves” is a limestone hill with idols and statues inside and around the caves. The main attraction begins with a large Hindu statue at the entrance of the temple. 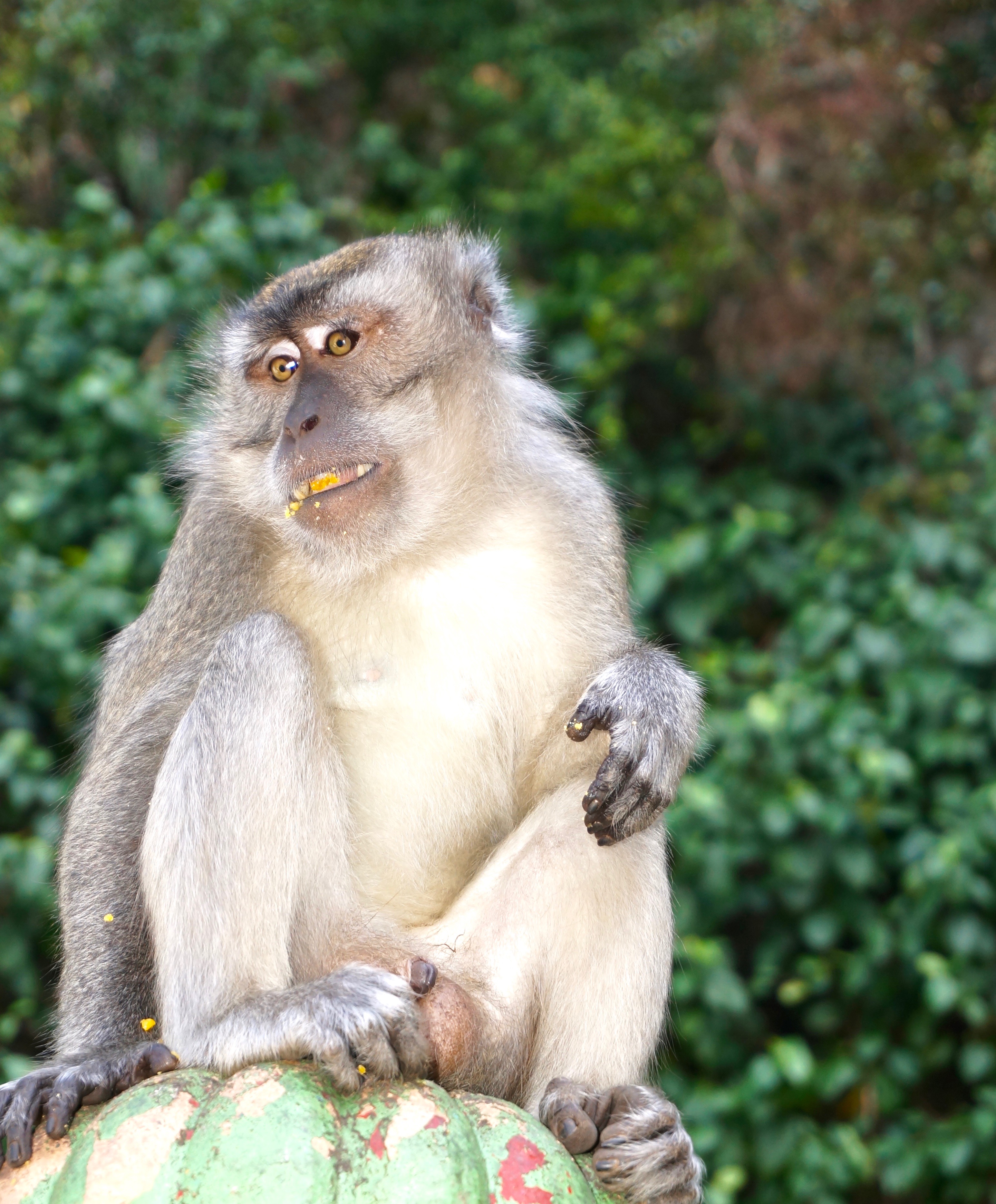 On the way up to the temple, you meet friends along the way. 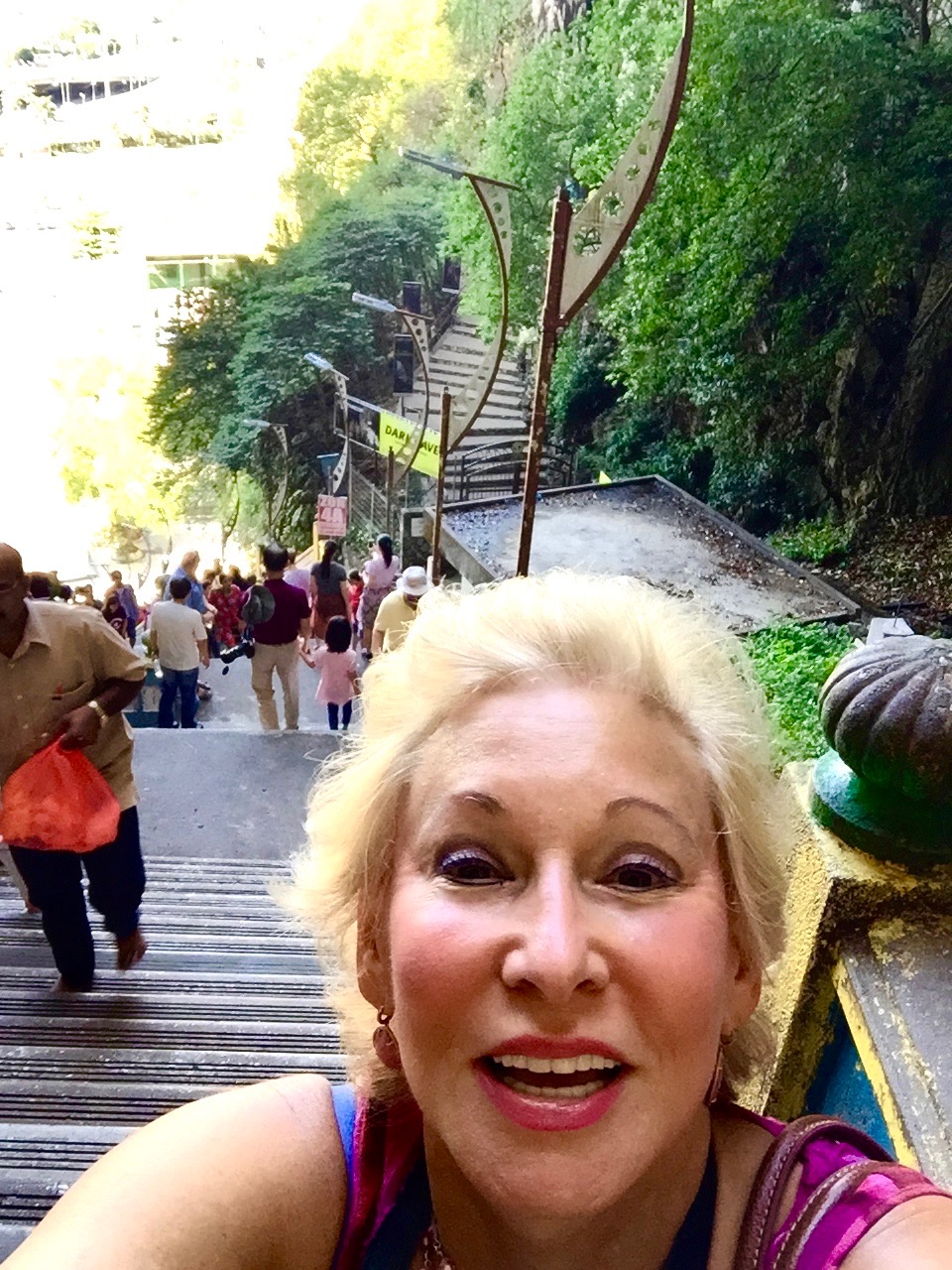 Climb 272 steep stairs to enter the temple.  Sometimes a person has to take a selfie because their spouse is busy having a luxurious massage in dimly lit an air-conditioned room! 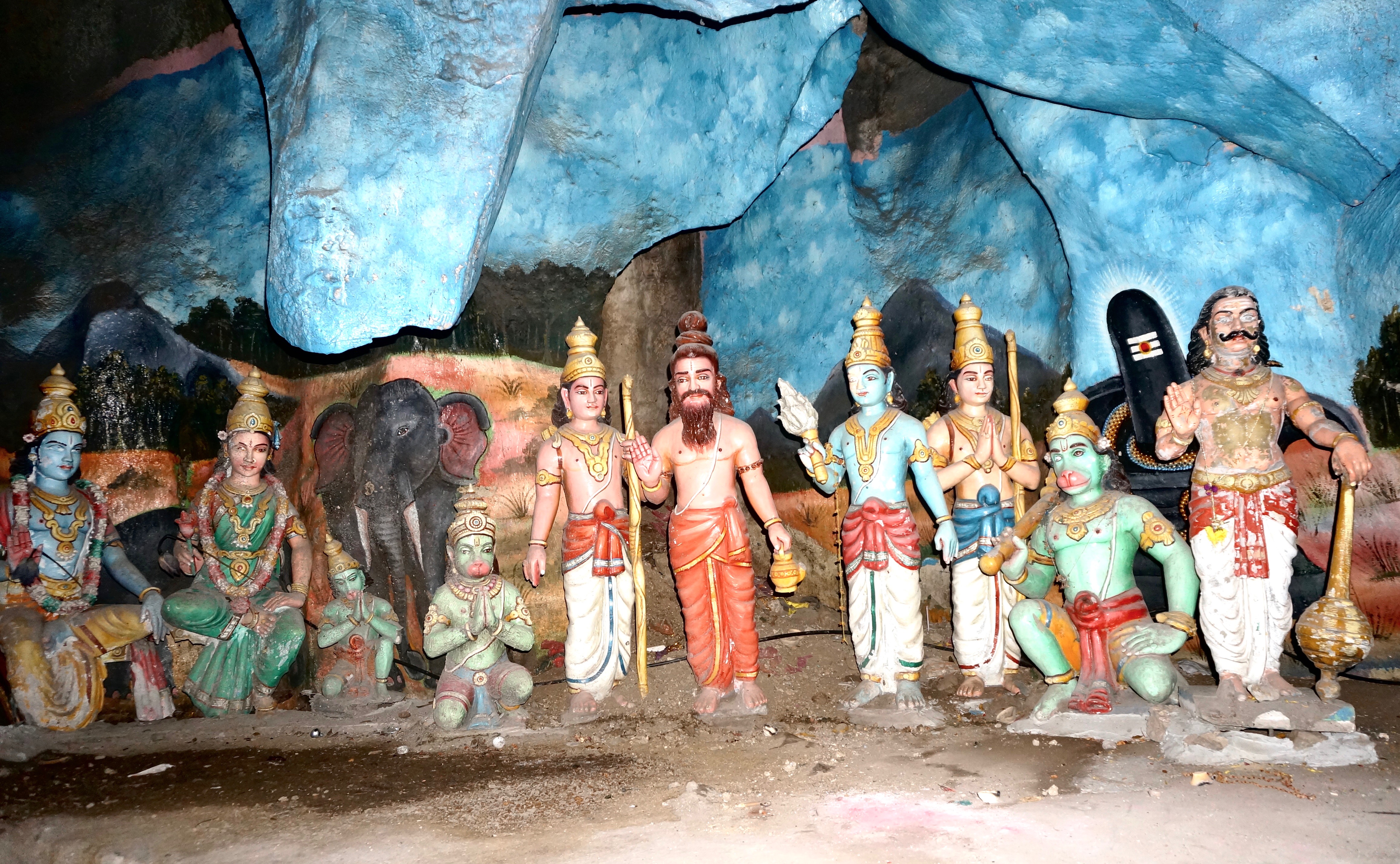 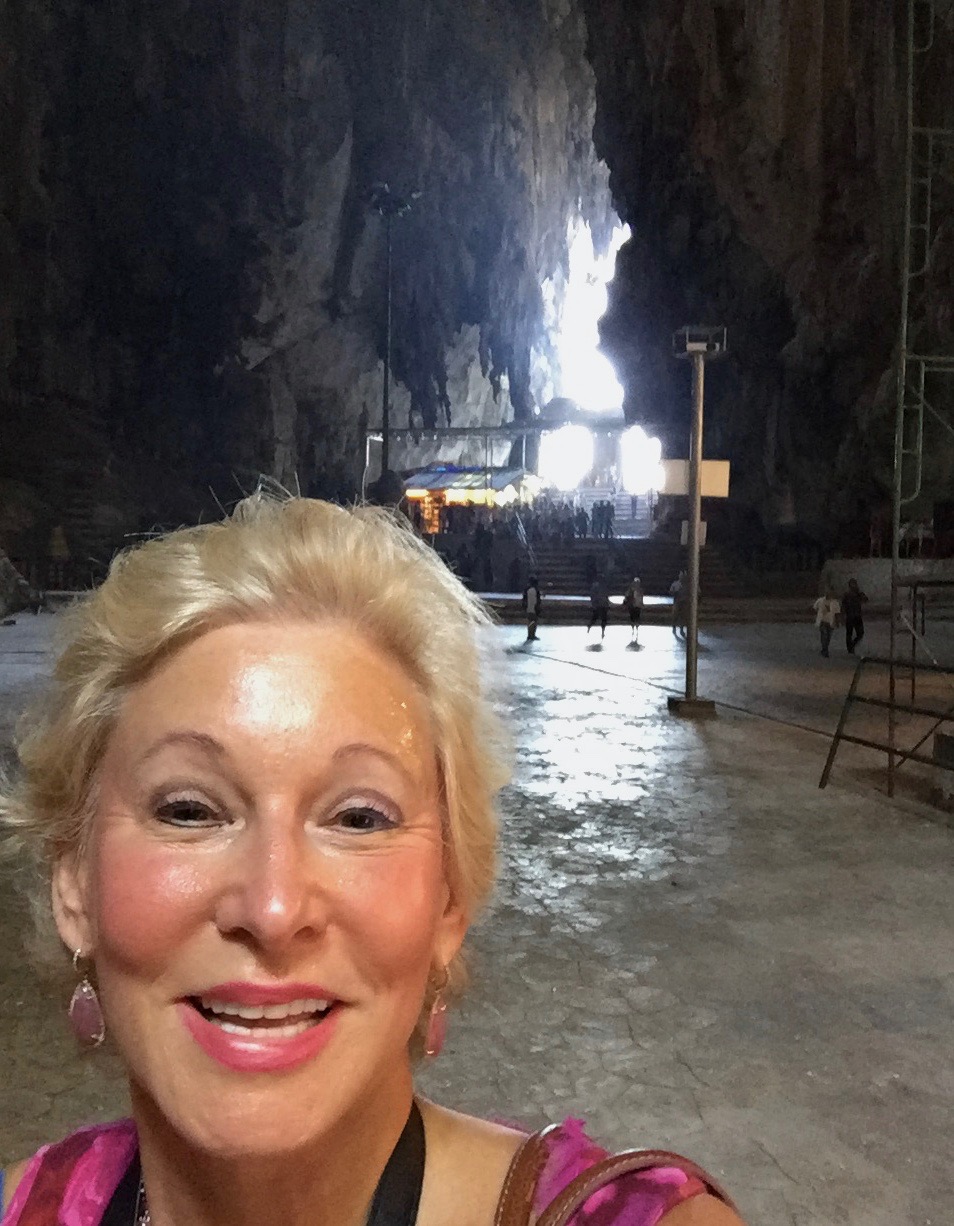 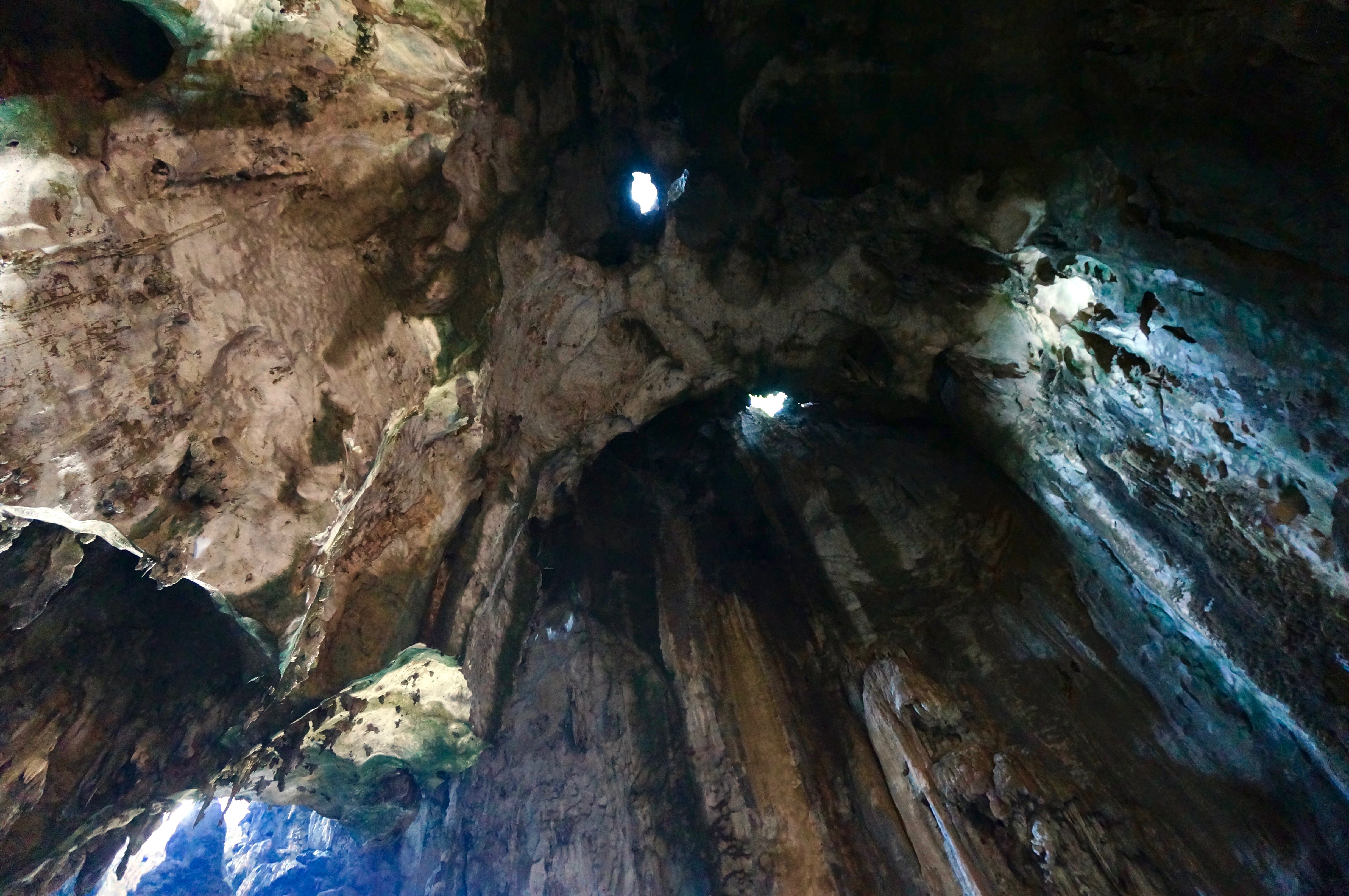 Go further inside the temple and see beautiful caves, bursts of light, fires where prayers are said and bright Hindu statues. 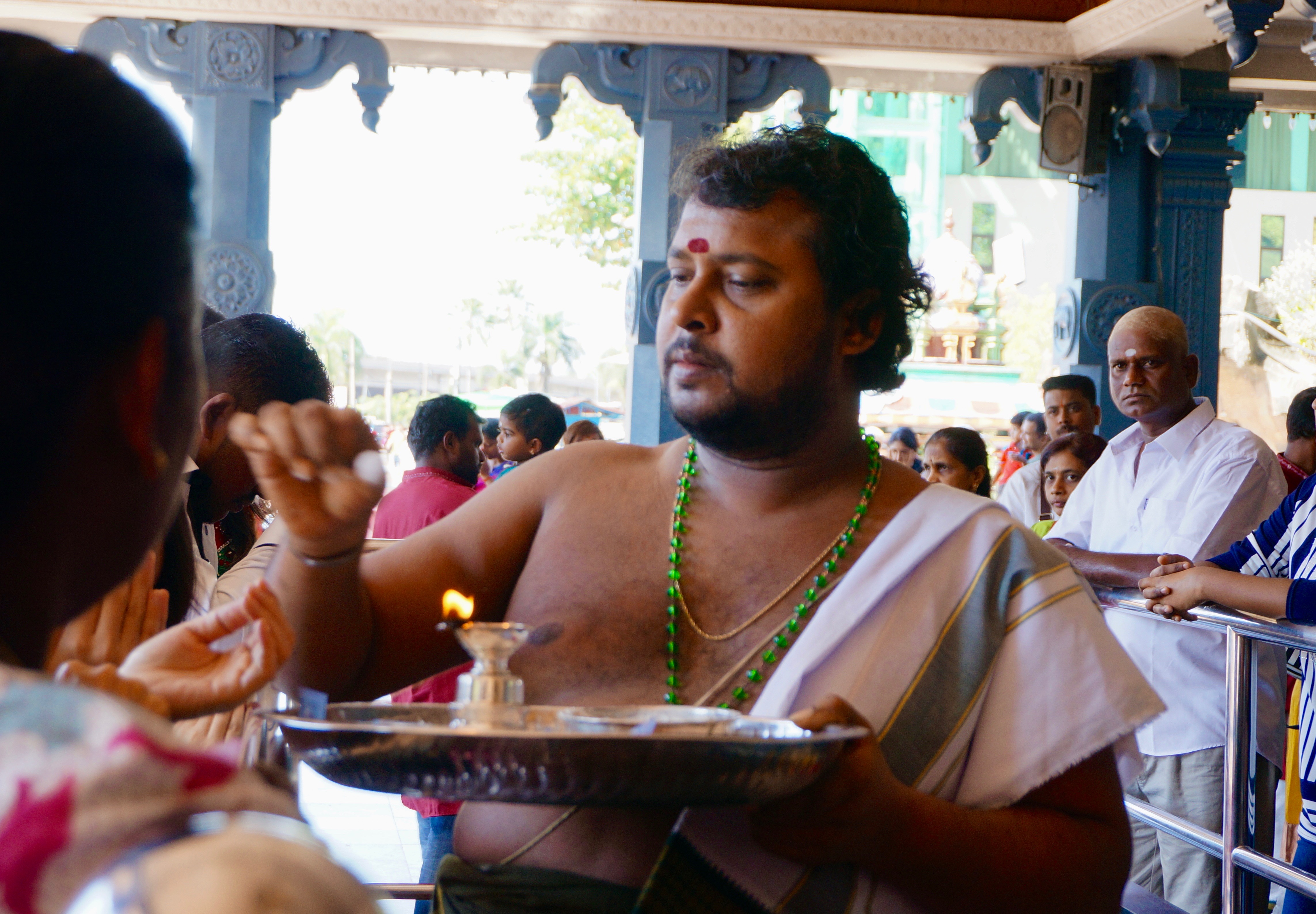 Back down at ground floors there are other temples that can only be entered without shoes.  This priest was blessing worshippers by placing ash on their foreheads.

When the priest was close to me, I put my camera down to show respect.  When he looked at me, I instinctively bowed and he blessed me with ash on my forehead.  I loved it, until I got back to the bus and our guide explained it was cow dung. 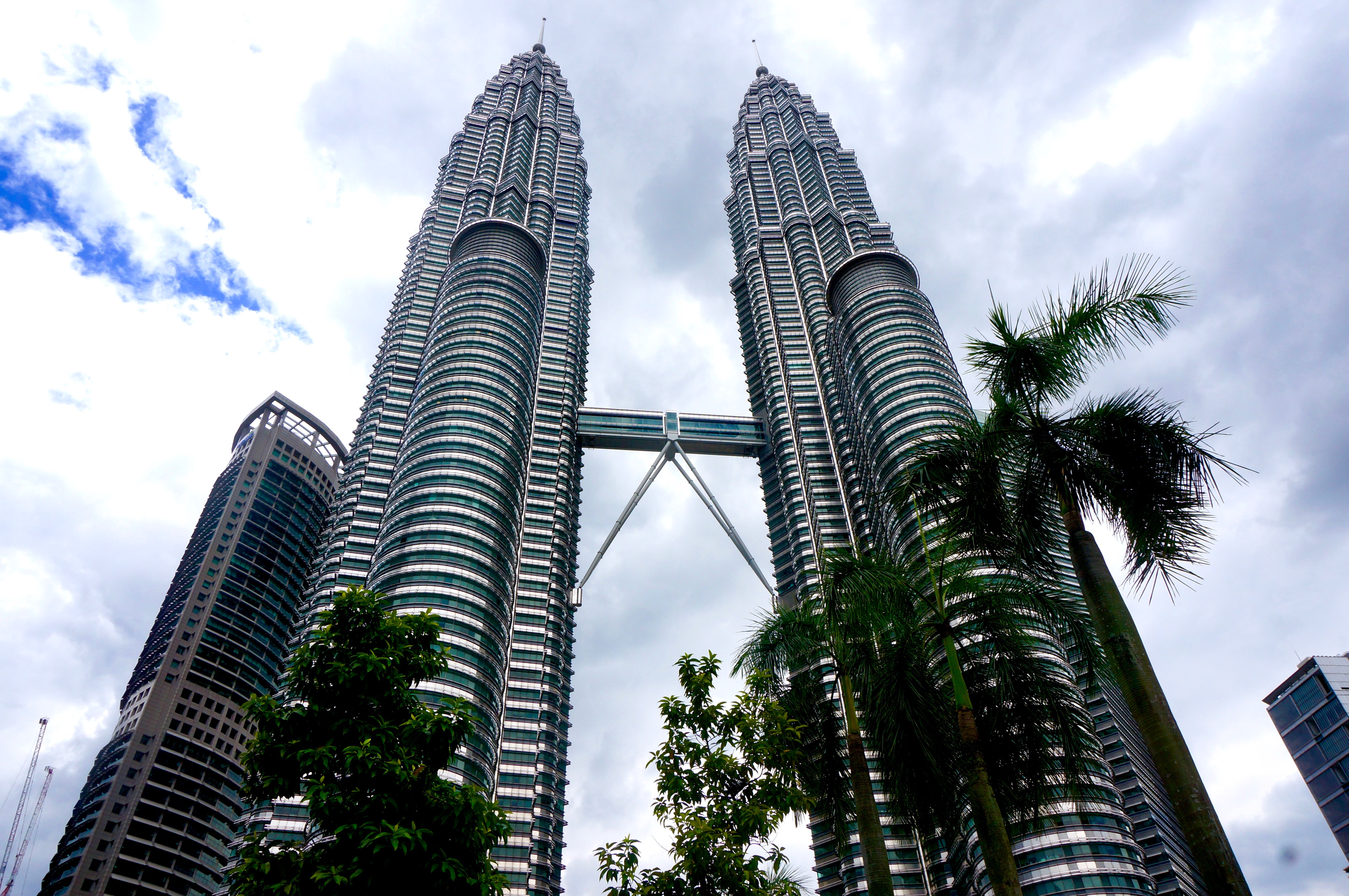 Next, we visited the Petronas Towers, also known as the Twin Towers, which are the tallest twin towers in the world. The 88-floor towers are constructed largely of reinforced concrete, with a steel and glass facade designed to resemble motifs found in Islamic art, a reflection of Malaysia’s Muslim religion. 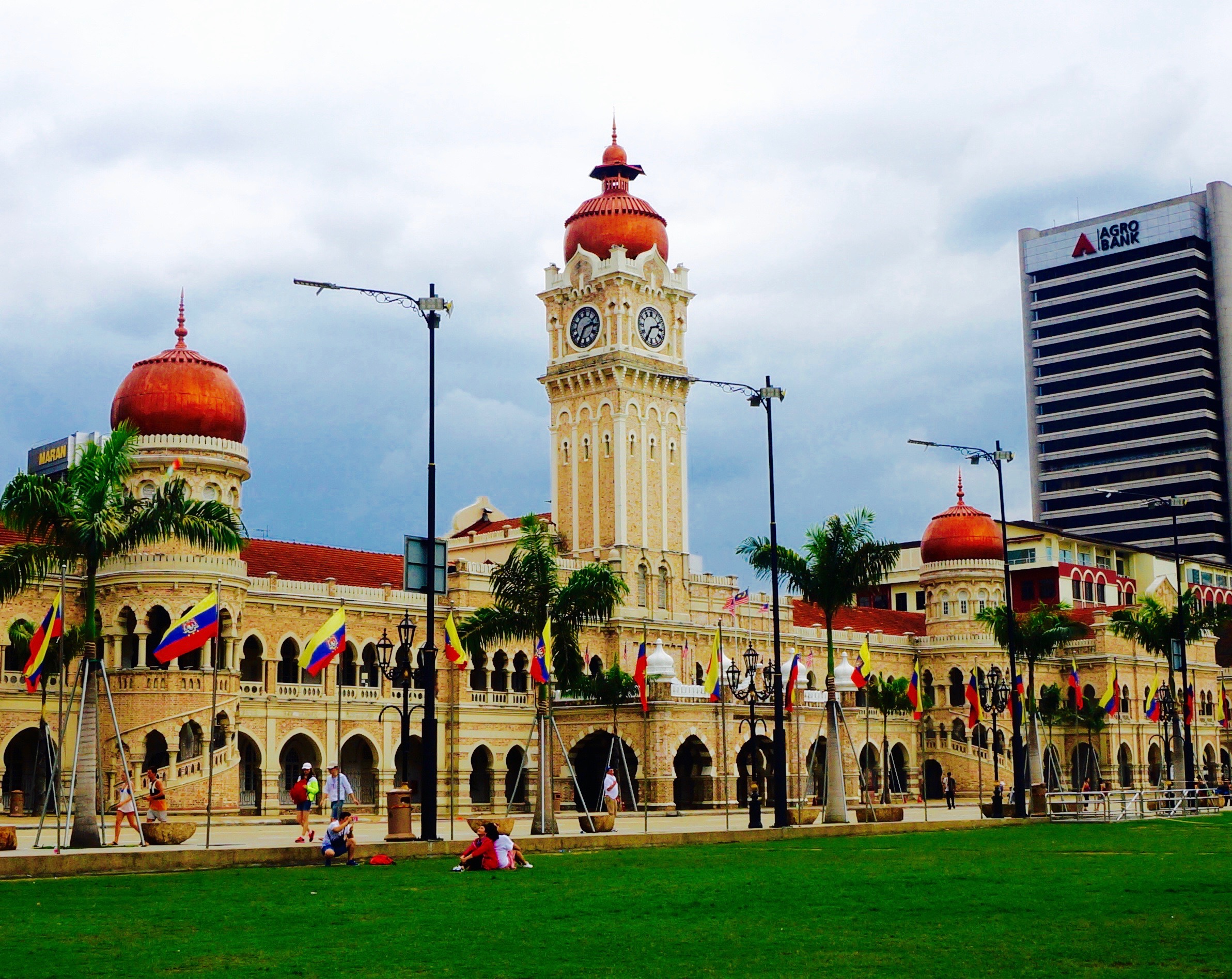 On the long ride back to the ship, we passed Independence Square (Merdeka Square) where the Malayan Flag was placed on August 31, 1957 signifying independence from British rule.

Back on the ship, it was naptime after a well-spent ten-hour day.