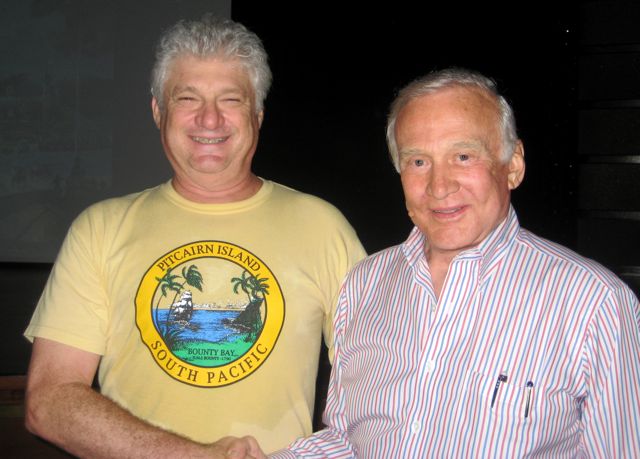 Many people I know of my generation remember precisely where they were on four specific dates during the sixties. Three of these were extreme tragic dates in history, brought about by the assassinations of John Kennedy, Robert Kennedy and Martin Luther King.

The fourth was one of history’s great days. This was the day when the first people walked on the moon. One of those heroes was Buzz Aldrin. I had the privilege of meeting him today.

He is not only a great pilot, but extremely smart. He graduated third in his class at West Point and then earned a doctorate at MIT. Even the title of his graduate thesis is impressive: “Line-of-sight guidance techniques for manned orbital rendezvous.” 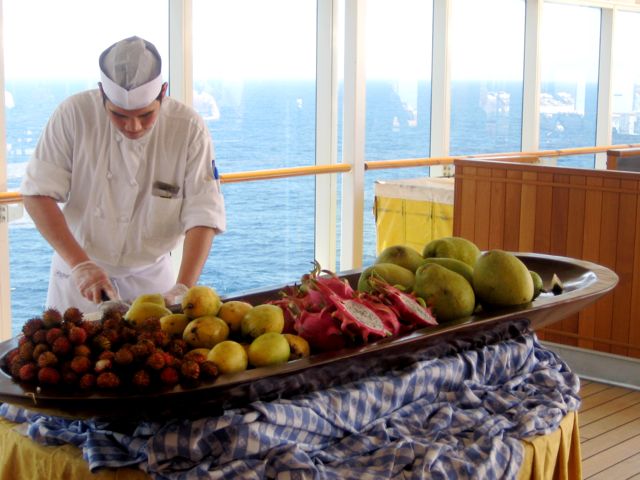 Then it was on to lunch. The ship prepared a nice Vietnamese barbeque on the pool deck. 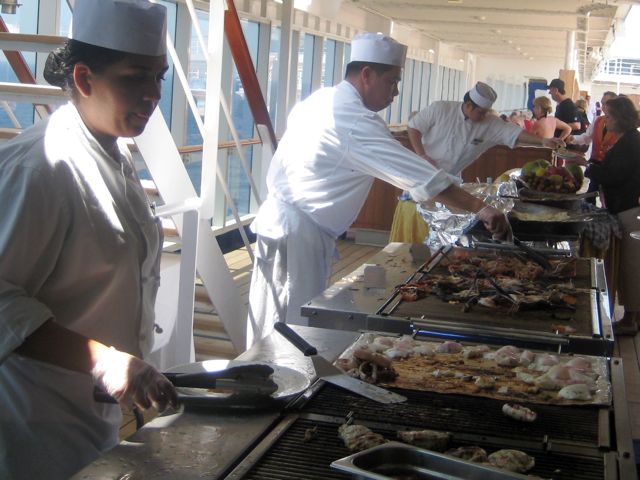 It’s Friday night here and the Rabbi on board is having eye problems. So, as she has done so many times previously, Allyn lead the service, chanted the prayers, and sang the songs.