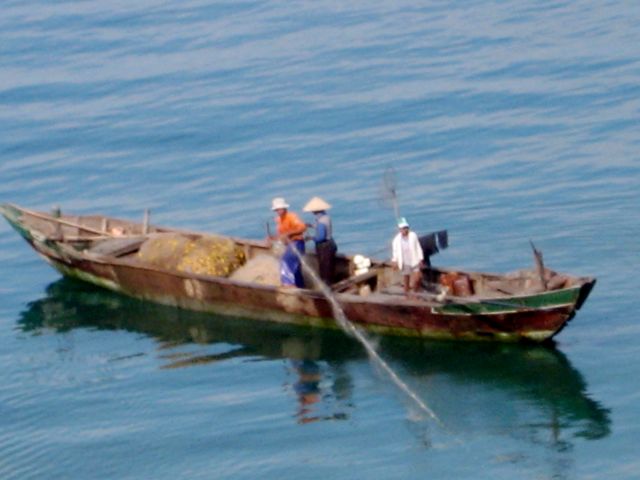 If you look at our itinerary, you will see it lists Chan May as the port for today. We opted to head immediately to the airport, fly to Hanoi, and overnight there for two nights (before re-embarking Monday afternoon).

The people are so poor in Chan May that they fish for a living, though there are no fish there. At least they try.

It seems to have been a good decision to go to Hanoi, although we will know more tomorrow after sightseeing and shopping.

I really do not care for much in Ho Chi Minh City, and Hanoi also is big with 6 million people. It feels way different though. It is not nearly as loud, uncomfortable, or dirty.

We are at the Sofitel Metropole, which would be lovely in any city. It is grand, Asian, classy, with several people calling us by name as we arrived. Again, there was no front desk check-in required. The butler did everything, including escorting us down the street to the fine restaurant that he recommended.

We also get free Internet. They are very concerned about security. I was told how outstanding their firewall is, though I need new ID and password every day. The ID is 12 digits and the password is six. There must be some history. It would have been nice if I didn’t lose my connection every five minutes, but whatever. 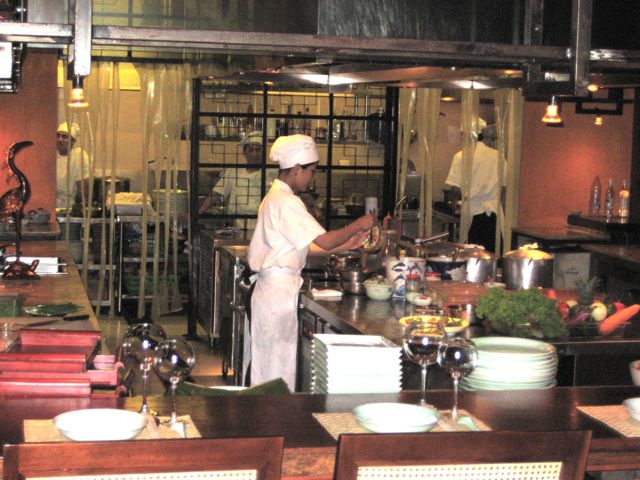 Yes, it is possible to have gourmet Asian food (relatively), and we had it tonight at Club De L’Oriental.

For those of you interested in history, the big migration from Vietnam to the U.S. was in 1975, when about 125,000 people migrated. They were generally from the Saigon area, and worked with the U.S. Government and/or military. The “fall of Saigon” was scary to these people who were concerned about reprisals.

Therefore not to many Americans are from this area.

You will note, though, that they use the same electrical wire concepts as in Ho Chi Minh City. 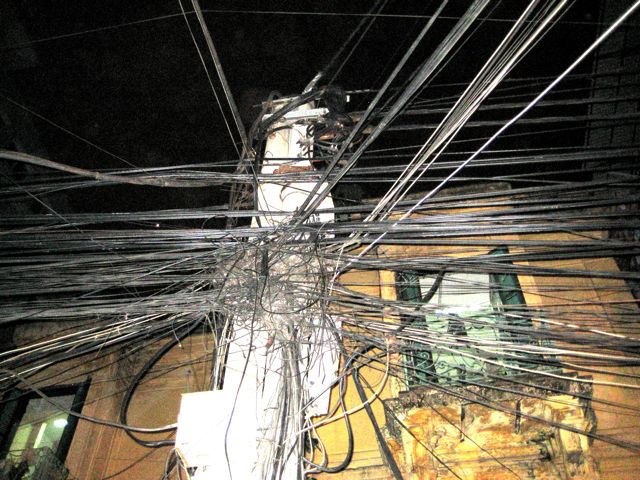