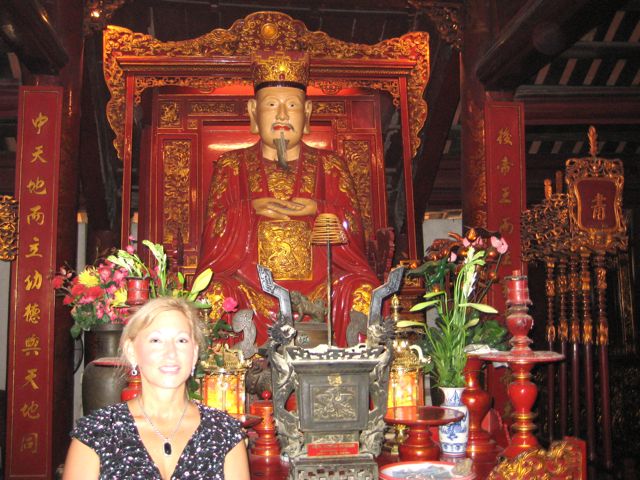 We found it much quieter, cleaner, prettier and more interesting than Ho Chi Minh City.

Part of that has to do with the fact that it is the seat of the government. Another reason is that it has more history through the centuries. Also it has natural beauty that the city is built around. 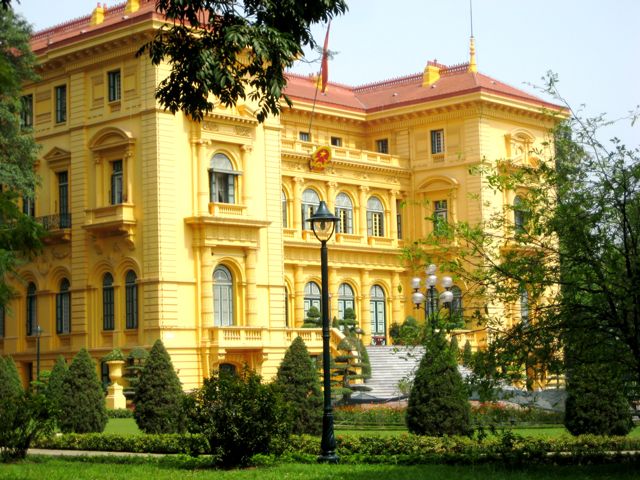 The government buildings are in the beautiful old French Quarter and are kept up immaculately. The buildings look the same now as when it was French Indochina, except they are now painted yellow, the good luck color in Vietnam. The one in the photo is the Presidential Palace, which formerly was the Indochina General Governor’s Palace. 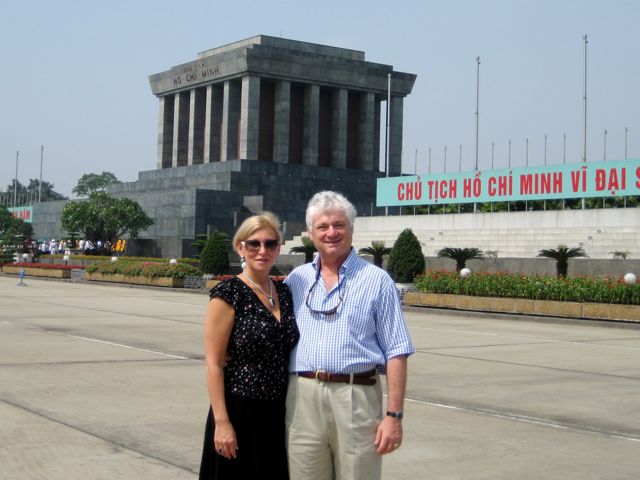 We started the day with a visit to the Ho Chi Minh Mausoleum and gave him a view. This is where we had the day’s funniest event. I was wearing shorts, which are not allowed unless they cover the knee. Mine are five inches above. I pulled them down so low that my butt was hanging out under my shirt. It worked. 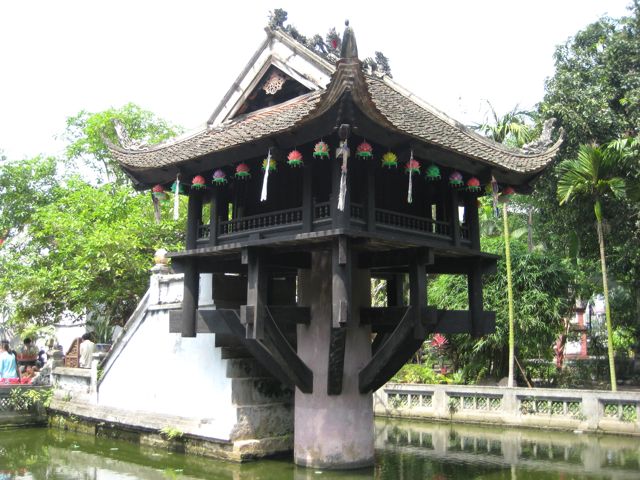 Next up was the “House on Stilts” where he lived, because he wanted to keep his humble background. Then it was a trip to the aptly named One Pillar Pagoda, an important Buddhist Temple built in 1049. 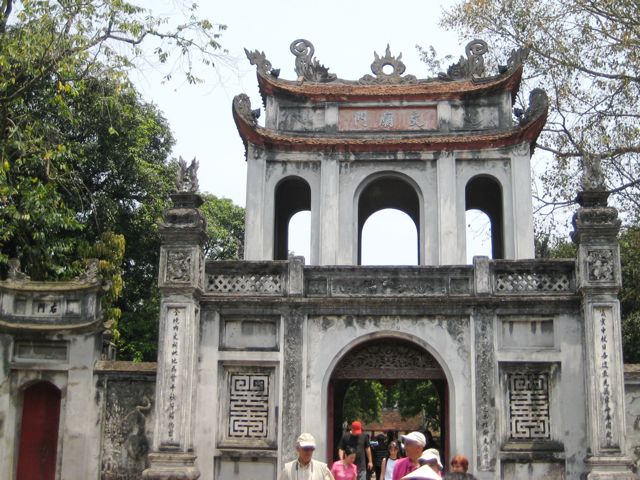 Next up was the Temple of Literature that was dedicated to Confucius in 1070. It also served as the first University in Vietnam.

Then there was the periodic tour guide scam. The guide took us to a shop instead of an important museum. There is no doubt that the reason was so that he could get a kickback if we bought something.

We mentioned this to the hotel. They checked with the guide who said that Allyn asked to go to the handicraft store – right.

Even our guide warned us that corruption is totally intertwined into their culture and economy.  That may explain why a segment of the Vietnamese community enjoys a very poor reputation for integrity in the poker community. 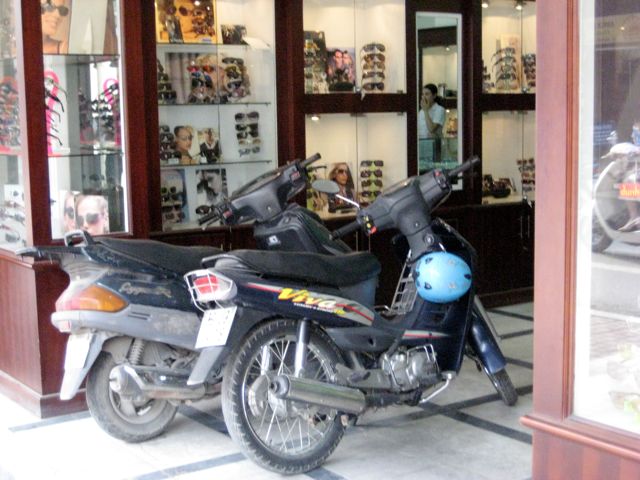 There is so little parking here that they put their scooters right in the stores when shopping.

Dinner was terrific at Wild Lotus. The décor is better on floor two than floor three. We had meal four which was their grand deluxe meal ($30 each).