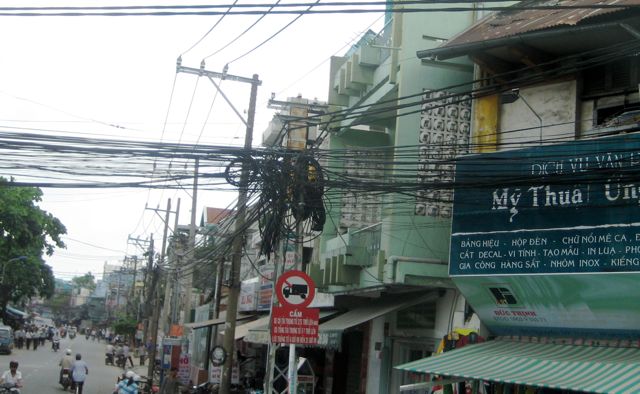 Dawn came around and we finally were able to head towards our berth (which we were supposed to have done  yesterday).

Although last night we were not sure we even wanted to go ashore today, we decided to take the shuttle bus to the center of town to see if maybe we would enjoy HCM City more today without all of the hassles.

The half-hour ride took 50 minutes because of all of the traffic. That didn’t bother us too much because we had planned ahead. Allyn brought her sadoku book and I had my Wall Street Journal.

Unfortunately, there just isn’t much for us to get to excited about here. The population is swelling because capitalism is rampant, and people are pouring in from the poor rural areas. Many millions of people live here now.

After Thailand, I had an urge to show Allyn the “Bridge on the River Kwai.” It had so much more meaning now that I had learned about the real deal. I can’t believe it was made in 1957. No wonder she never saw it. No wonder I didn’t quite get it then.

Vietnam is not known for its respect of intellectual property law. I paid $0.85 for the DVD. That was without negotiating.

You cannot find a street without electrical wires everywhere (see photo above). They are not yet at the point of underground wiring. 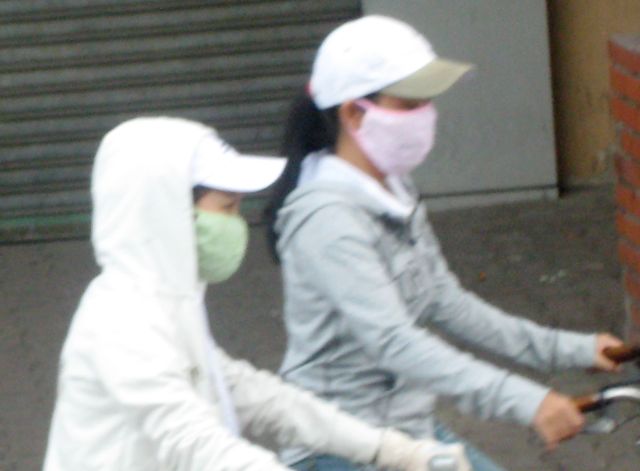 Let’s talk pollution. China may be worse, but we will hold that off until we get there. This town has unbelievable noise pollution and air pollution. There is dust and other gunk in the air from traffic, construction, factories and who knows what.

I had a tour guide last time tell me that people wore face masks because: 1) they are stylish, and 2) they keep the skin white (which socially is a plus here). Baloney. They wear face masks to keep out the pollution.

We left after an hour. At the terminal, I picked up a watch for $5. The one Allyn bought last week for $1.50 is not quite comfortable. I splurged. It’s still running. That is better than my Rolex which sits in my safe 24/7.