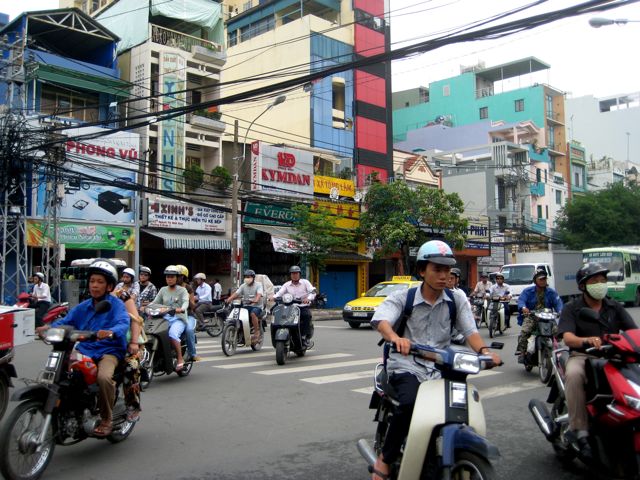 I’ve been accused of saying that every day is perfect, and that just can’t always be the case.

Well, today wasn’t even close to perfect. It was one problem after another.

First, we couldn’t dock because a ship with technical problems was stuck in our berth for a few hours (right).

Then, because the water has so much debris here, we could not use our tenders, as it would have taken an hour each way. A hydrofoil was hired, though even they were very late, pushing everything back two hours. It was a mess. Not a fun morning.

When we finally got to the shore, we were starving and immediately headed to The Rex Hotel for lunch (one of the two bright spots today). For those of you who were not around during the Vietnam War, the hotel was quite famous.

This is where the journalists and the military hung out. A daily press conference originated from here, and was aptly referred to as “The Five O’clock Funnies.” 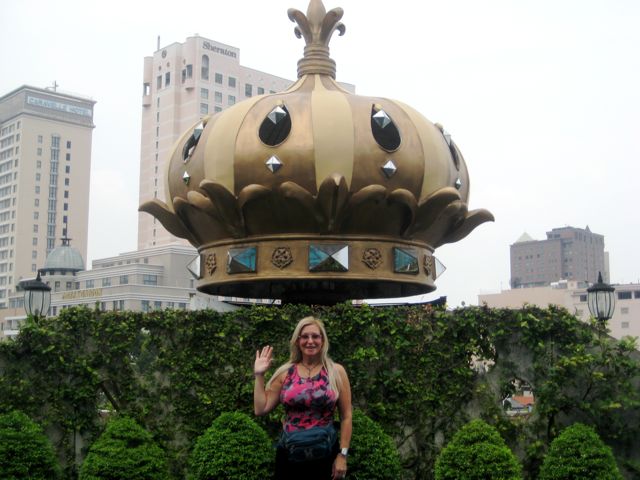 The crown Allyn is standing under is the hotel’s famous official logo.

Then we walked to their famous Ben Thanh Market. It was hot, uncomfortable, unsafe, and uninteresting. Everybody was too close and hawking us every step. We left.

My goal today was to pick up certain Apple software. The concierge at The Rex showed us on the map where it was. It wasn’t. 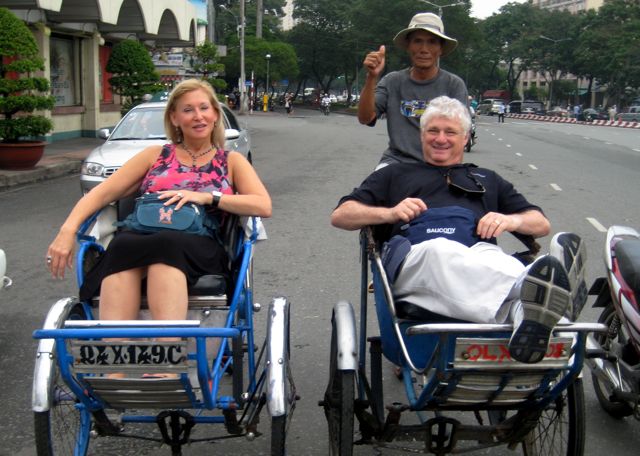 The second good part of the day, though, was that we hired two gentlemen who took us by Xiclos (pedicabs) to the store that didn’t have Apple products. 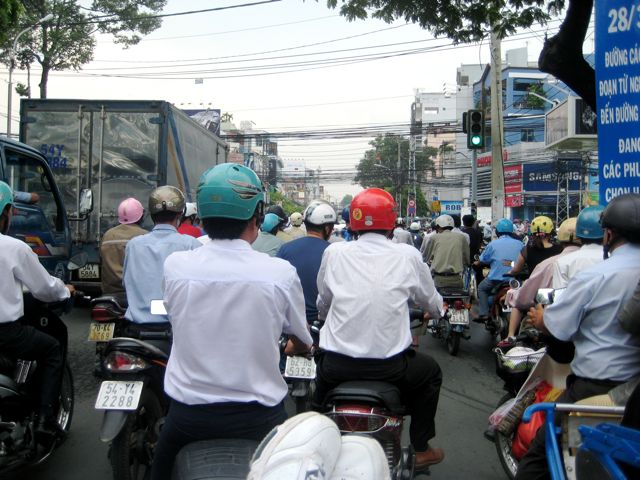 That was fun; they were nice. There are pedicabs all over Asia. In every other country, the person cycling is in front, or on the side. Here, where the traffic is insane, they put the tourist in the front. It was crazy.

We had them drop us off on some famous street for shopping. I opted for an $11 one-hour massage, while Allyn was going to shop. Then we would rendezvous.

But the shops were a drag, and then she couldn’t find me. She had to wait, though I would have been happy to hook up with her as I was just passing time.

Allegedly, we will get to the pier (finally) at 6:00 a.m. tomorrow. If not, they are cancelling the rest of this stop.

These things happen periodically when cruising.