Segment two of our 2019 World Cruise ended today in Fremantle (the port for Perth)with about a third of the passengers leaving and a similar number joining. Hopefully some will want to play in the fun little Hold’em tournaments. This segment is three weeks ending in Cape Town for several days. We start with a one-week crossing of the Indian Ocean. To say we are far from home would be an understatement.

Perth has over 2MM people, and is the largest city and capital of Western Australia. It is the country’s fourth largest city. Since Allyn and I had a business lunch in Fremantle, we spent our afternoon walking around their beautiful waterfront. 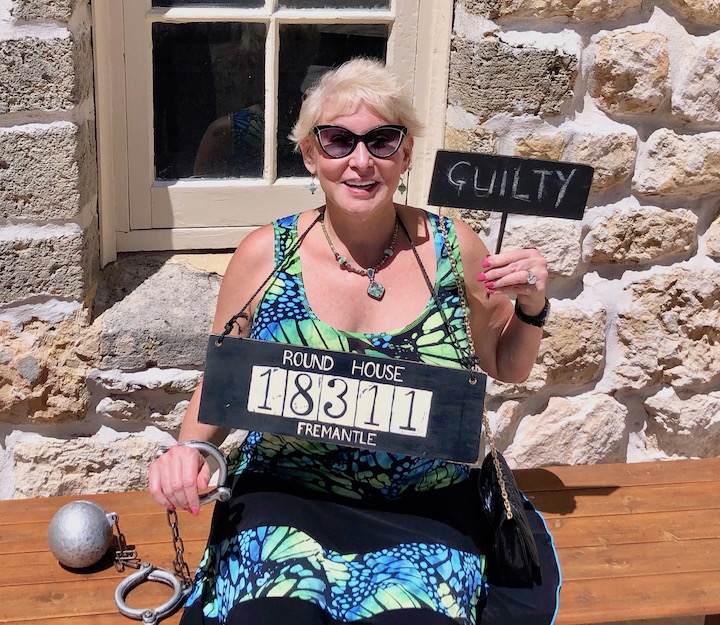 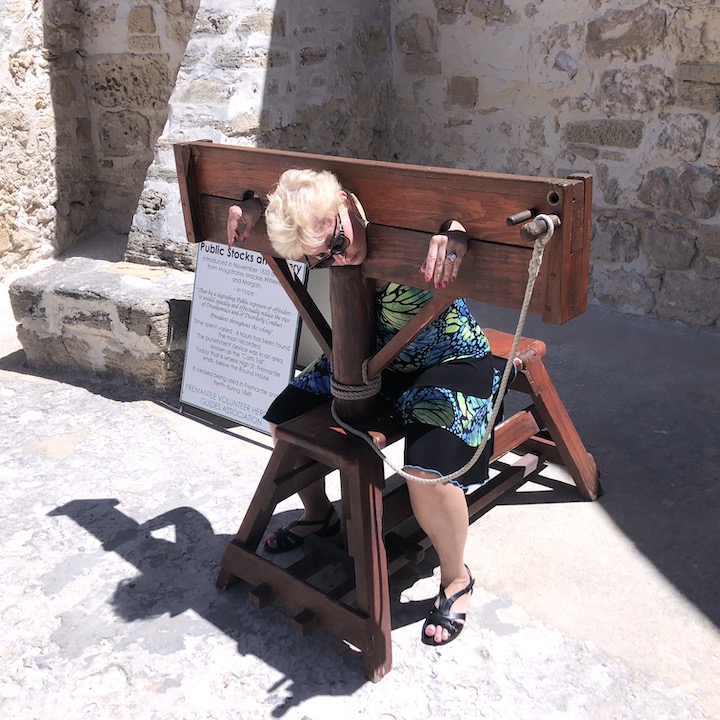 Although it was only 190 years ago, this is where Western Australia’s first public building and prison were. Whereas Allyn spent 60 seconds in the stocks and pillories, the average time was six hours – and they were not sitting – and people were throwing poop at them. It must have been pretty revolkting in this hot climate. I’m sure the flies enjoyed it. Yuk. 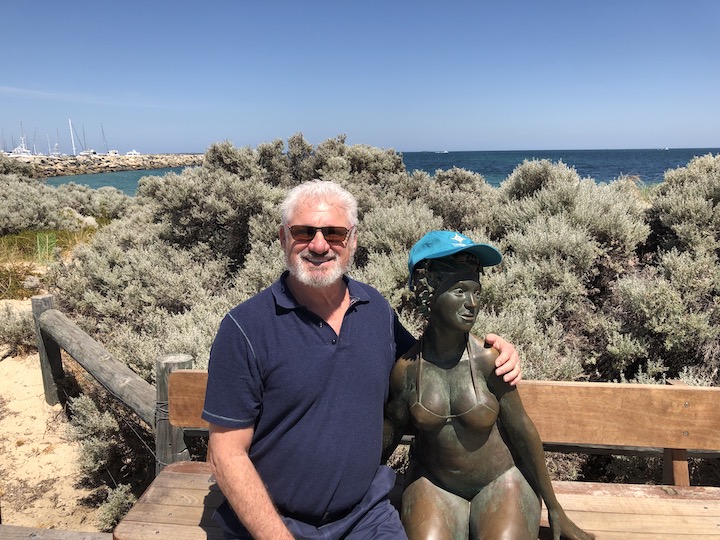 Now there is lovely sightseeing and a nice beach. 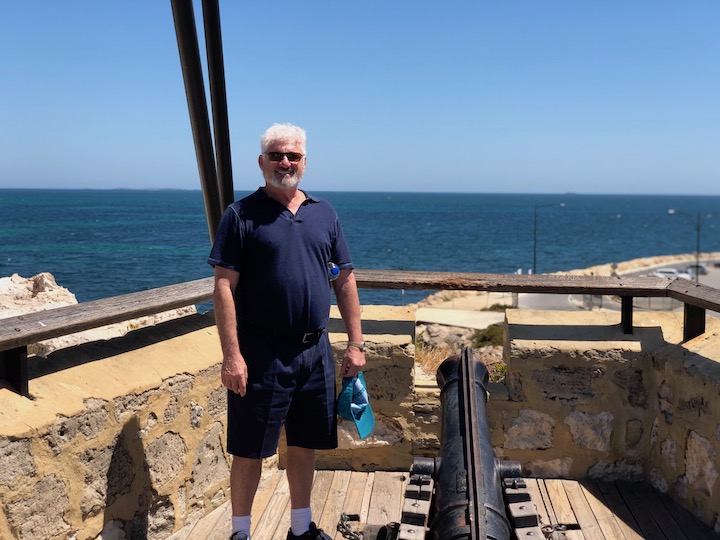 For years they had a cannon blast at 1 o’clock to benefit the sailors in the harbor. That necessity was ended when radios an other technology entered the scene. Recently they decided to renew the tradition. It makes for good tourism.