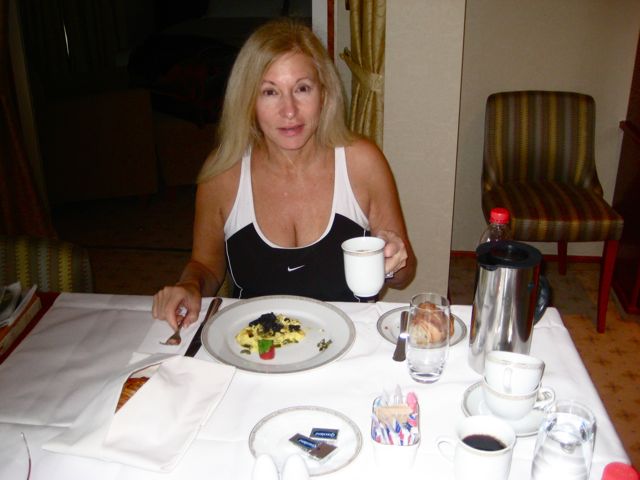 Another night brought another time change. That’s eight in the last week.

People are dragging, but it’s about over now. We are only one hour west of Pacific time now.

As with other Sundays on Regent, it is caviar Sunday. They have a fancy brunch weekly at the buffet. We order in eggs once a week with caviar topping. It’s a nice treat. It wasn’t until this afternoon that I realized it was Saturday, again, but they brought the  caviar and eggs to the room anyway.

Today we enjoyed a riveting lecture, albeit sad, about the Aleuts who thrived in the Aleutian Islands for 7,500 years. Their history is a long one where they survived many generations in extremely severe conditions by being expert hunters and gatherers.

Their population was about 25,000 until the Russians showed up in the late 1700s, converted and exploited them. Americans joined in shortly thereafter bring, among other things, smallpox, and they were almost wiped out.

They started thriving again in the early 1900s only for some to be occupied by the Japanese during the War, while those from non-occupied islands were transported and put in camps with horrible conditions by the U.S.

They were given reparations finally during the Reagan administration.