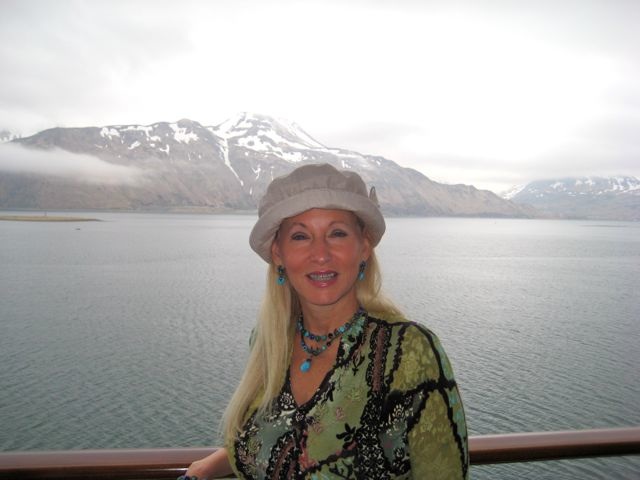 This morning it was everybody up at 7:00 o’clock. Everyone on board had to clear U.S. Customs before the ship would be cleared. It was a command performance and sending the spouse did not qualify.

They cleared us in no time, and with a smile. I guess they don’t get too many terrorists or drug runners on world cruises coming to the Aleutian Islands.

We were quite interested in the Museum of the Aleutians, which was that much more interesting given our great lecture yesterday. We even felt like we knew what we were looking at.

There is not a ton of other stuff to do here if you don’t fish or bird watch.

Unalaska is the 11th largest city in Alaska with a population of about 4,000. There aren’t a lot of big cities here, though they do have two zip codes depending on which side of the bridge.