Crete is very beautiful. Unfortunately we just had a day to spend there. We hired a taxi who drove us around the island and educated us on life there.

Tip – A hired taxi is often a great way to learn from a local, and far more enjoyable than a formal tour.

Historically, Crete was the center of the Minoan civilization, the oldest Greek and European civilization. While it keeps its own local cultural traits, like music and dialect, Cretans openly identify themselves as Greeks.

Today, Crete’s tourism infrastructure caters to all tastes, including a very wide range of accommodations. With a mild climate, the island straddles two climatic zones (the Mediterranean and the North African), falling mainly within the former. The atmosphere can be quite humid, depending on the proximity to the sea, and winters are fairly mild.

Given that Crete is known for tourism and great beaches, it made sense for us to find a great beach and just hang-out, taking in all the beauty. 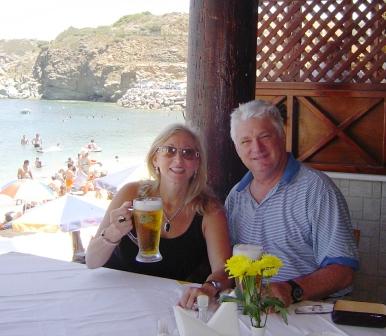 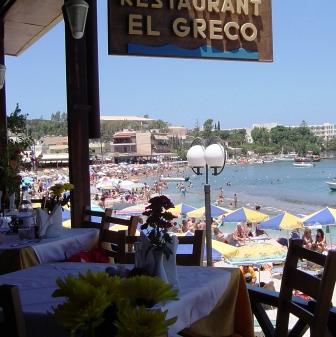