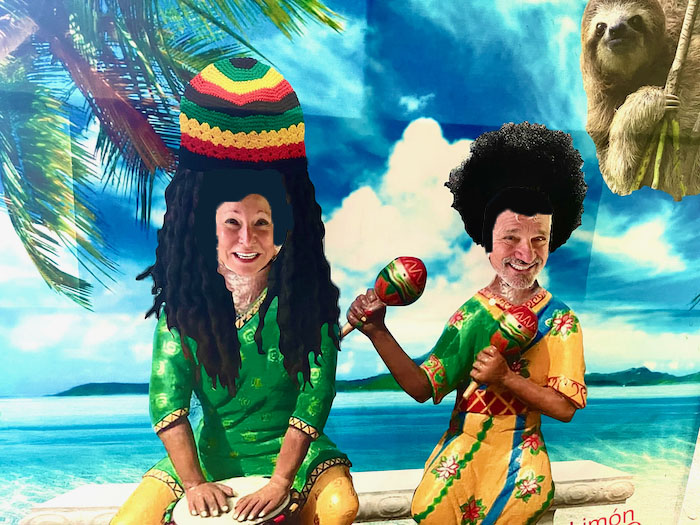 Costa Rica is a small country (smaller than 42 of our states). We had a beautiful relaxing tour which really hit the spot after several days of stress learning that our ship, Crystal Serenity, is broke and dumping us off in Aruba.

Everybody seems to like them. They haven’t had a military in over 60 years. 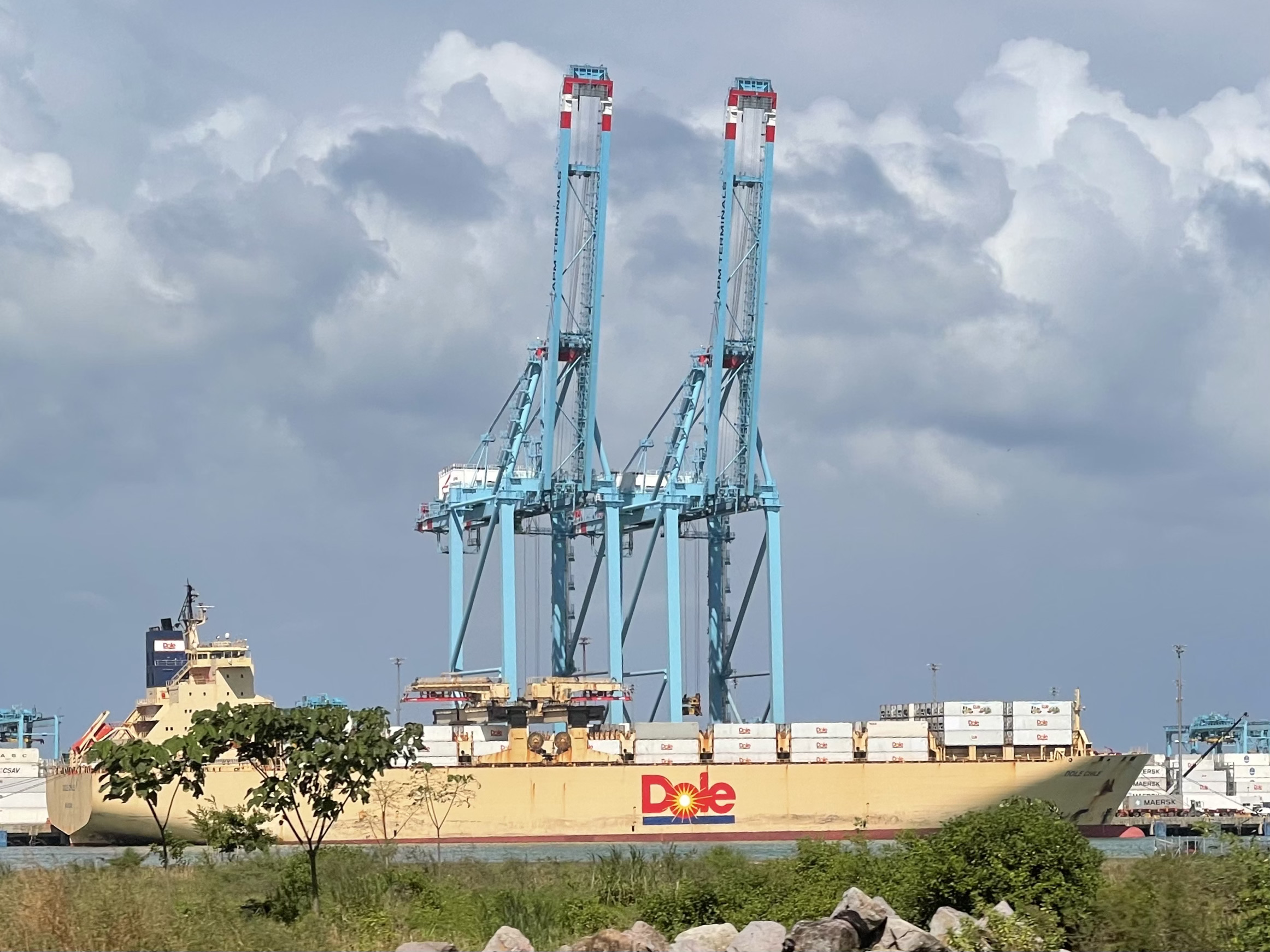 They produce lots of pineapple, but nothing compared to banana. 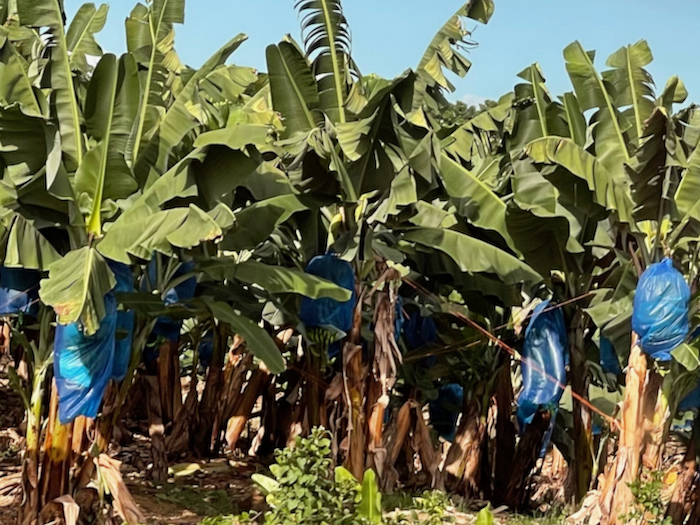 They are the second largest banana producers in the world, exporting over 110 million 40-pound boxes annually.

The blue bags keep out insect and the like as well as harmful sun rays. Furthermore, they speed up growing time. They are picked green as they only last 4 weeks. 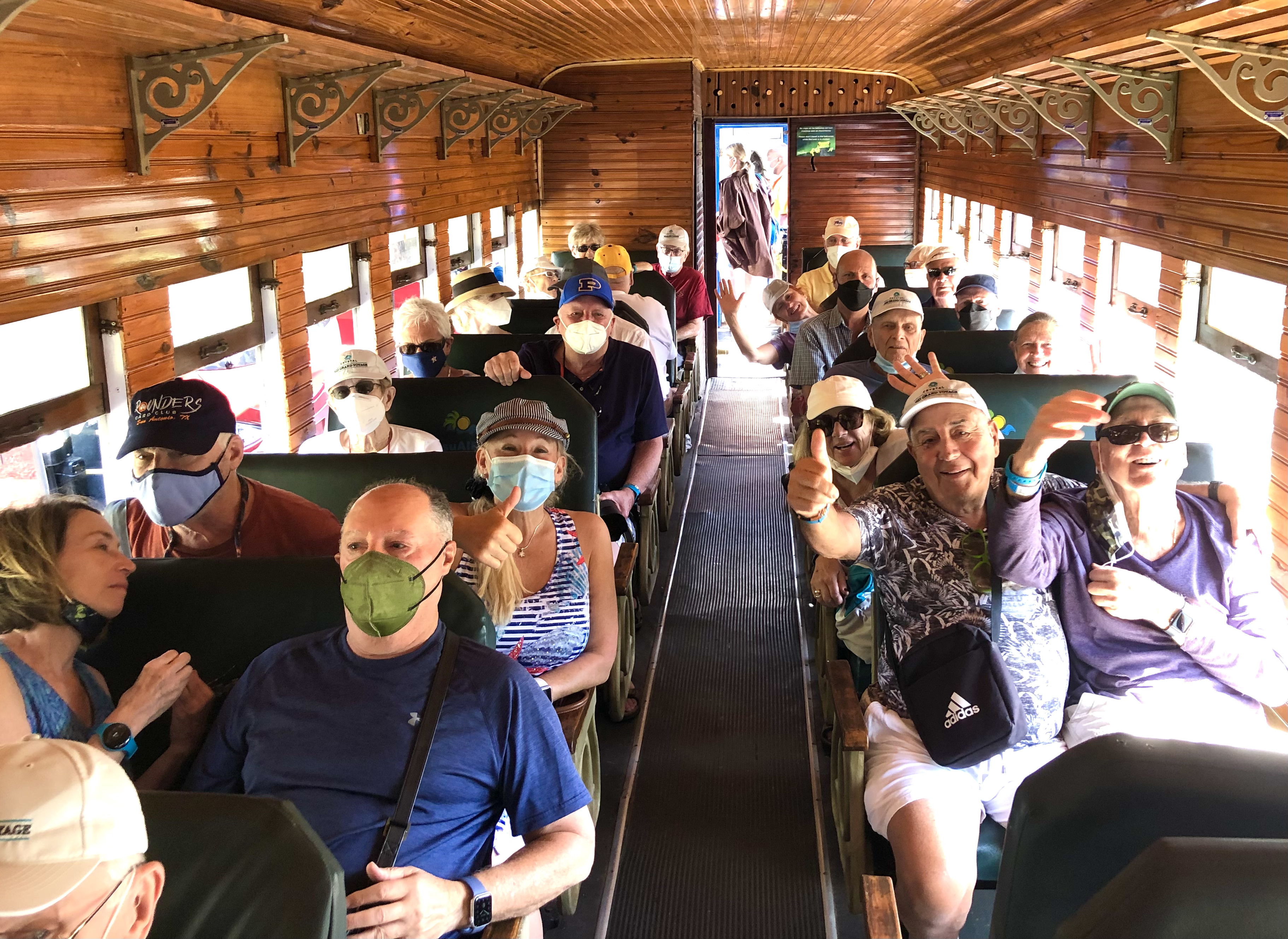 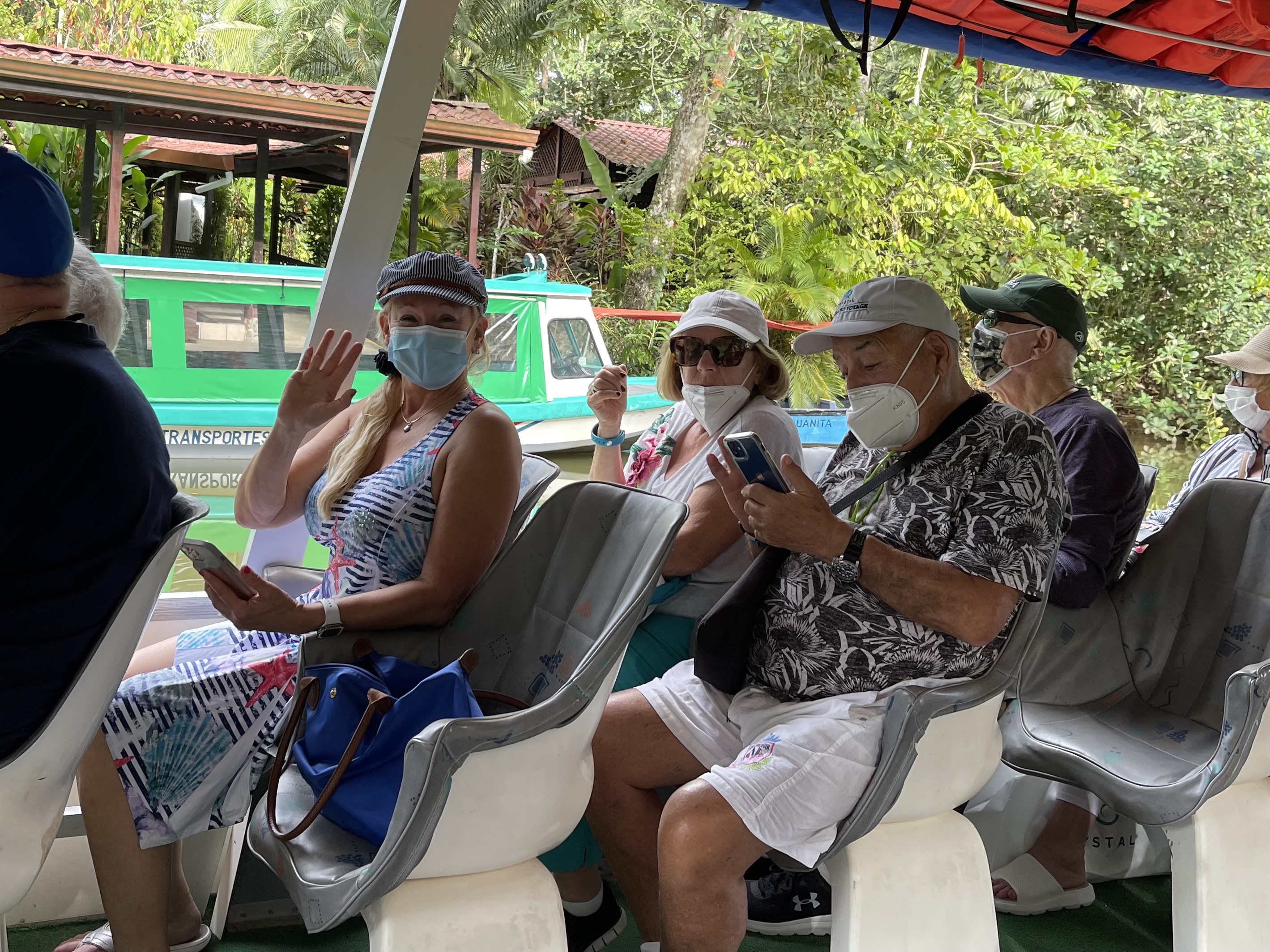 We took a combination coach, train, and boat excursion. 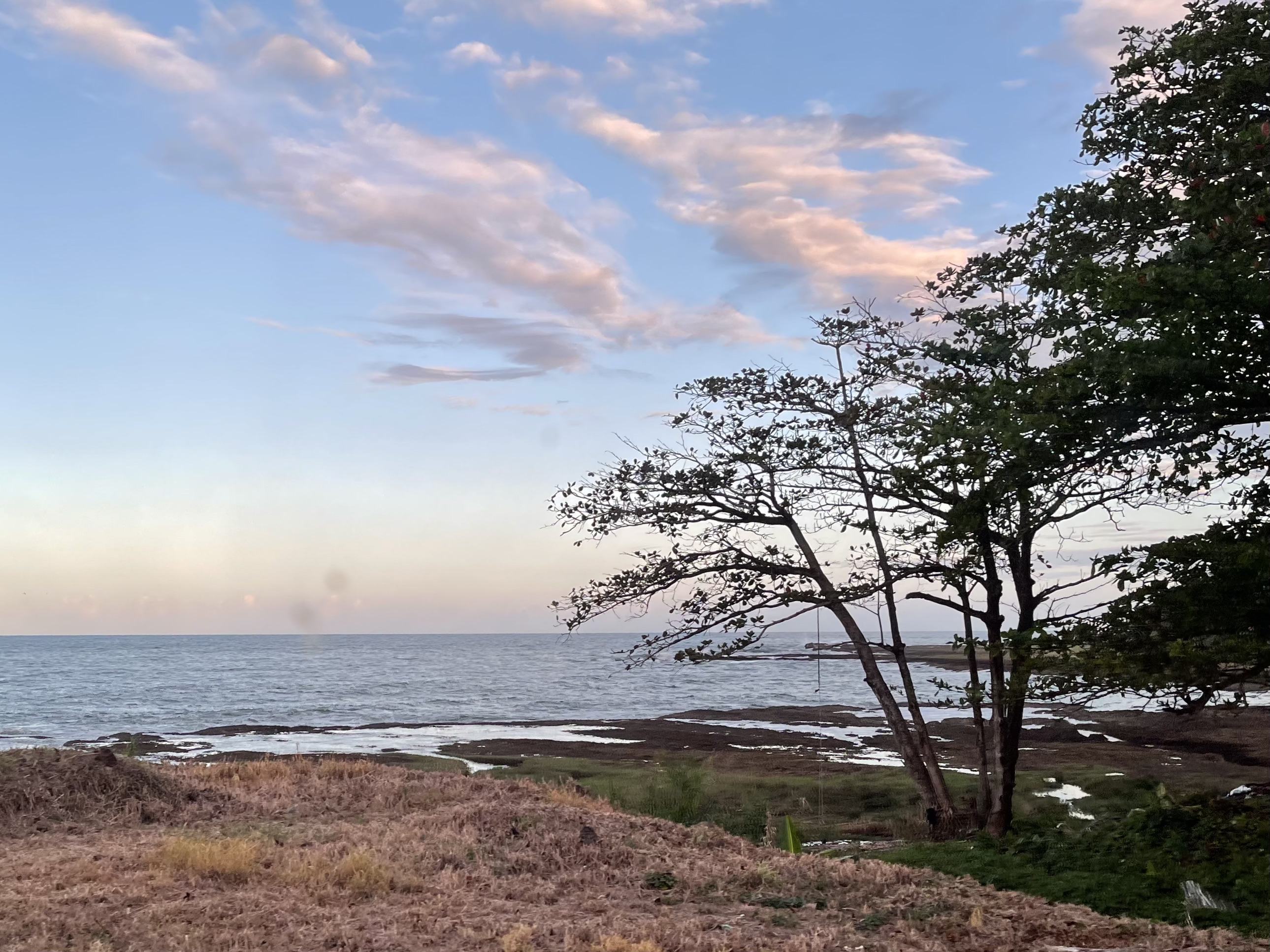 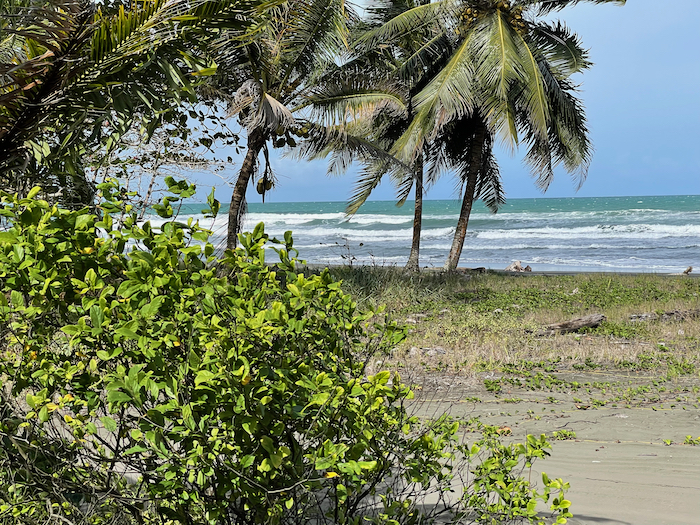 The drive along the shore was quite beautiful. 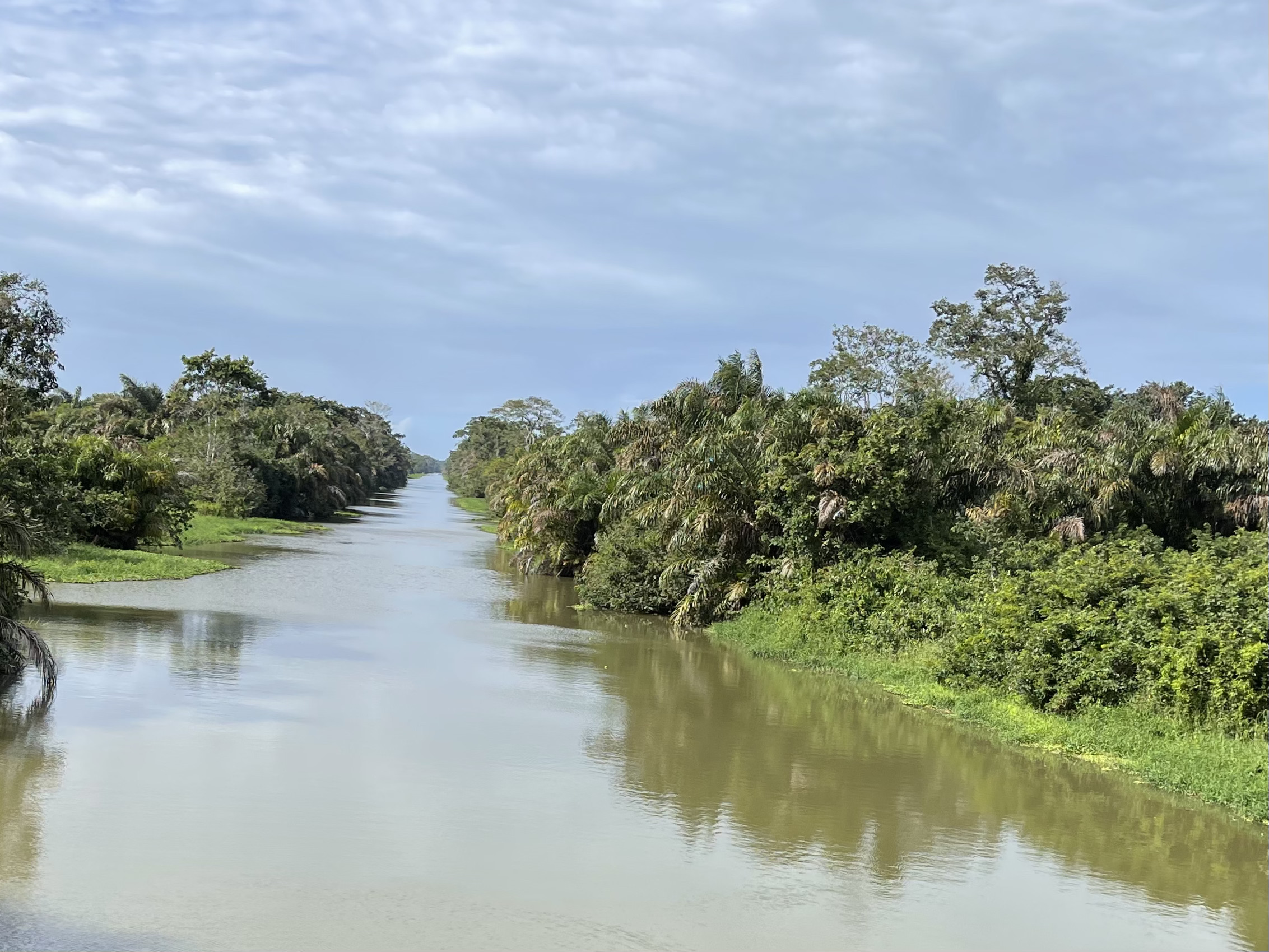 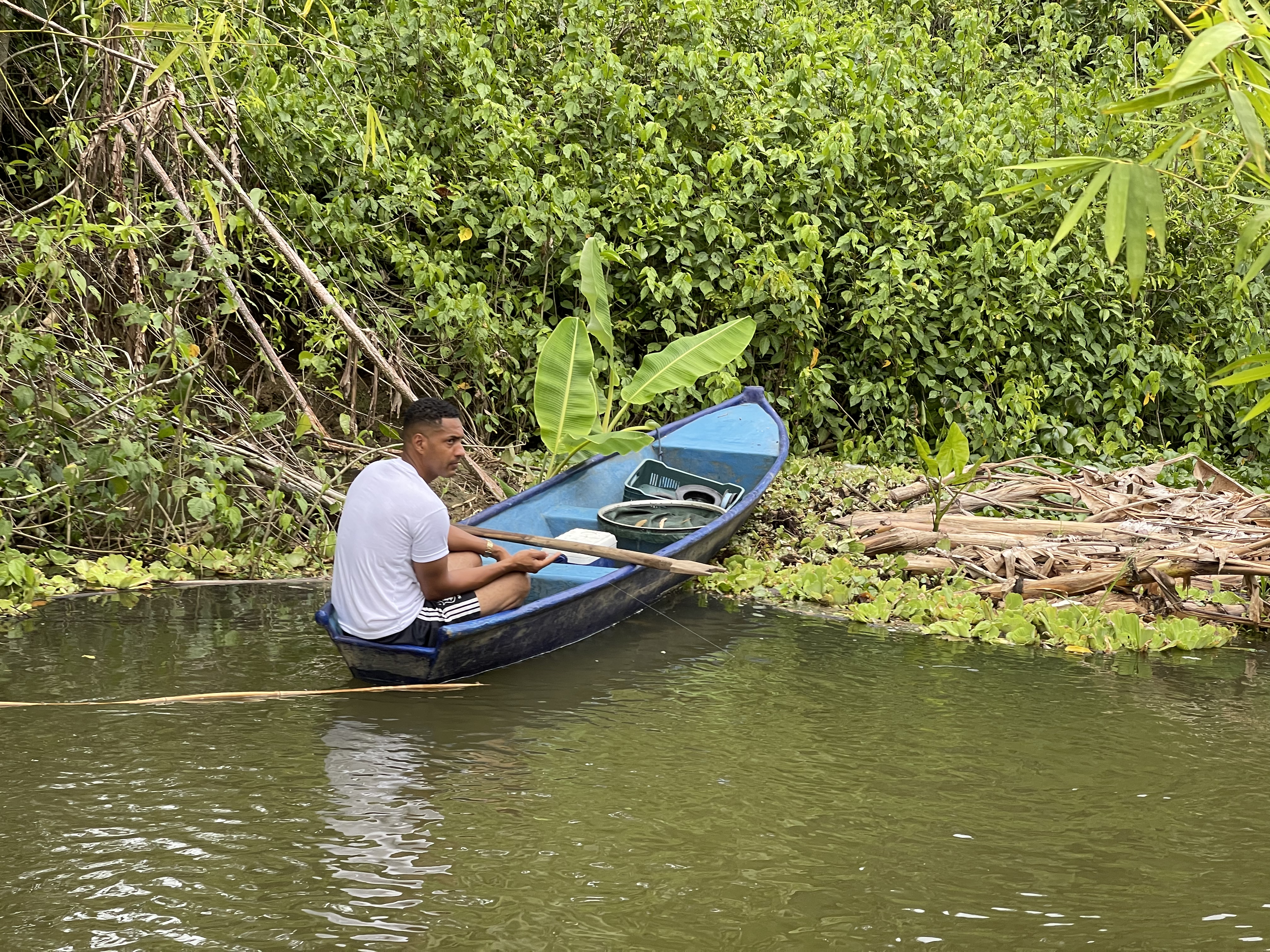 The peaceful river was the most amazing though. 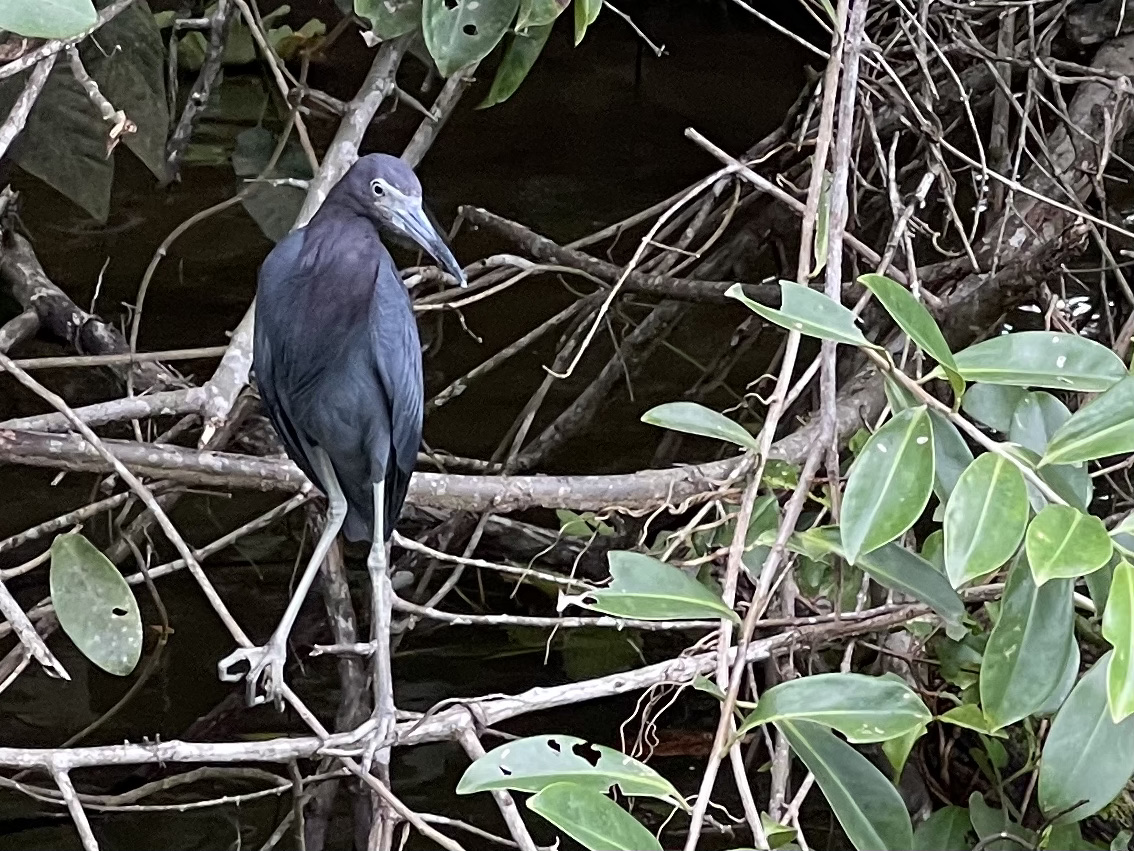 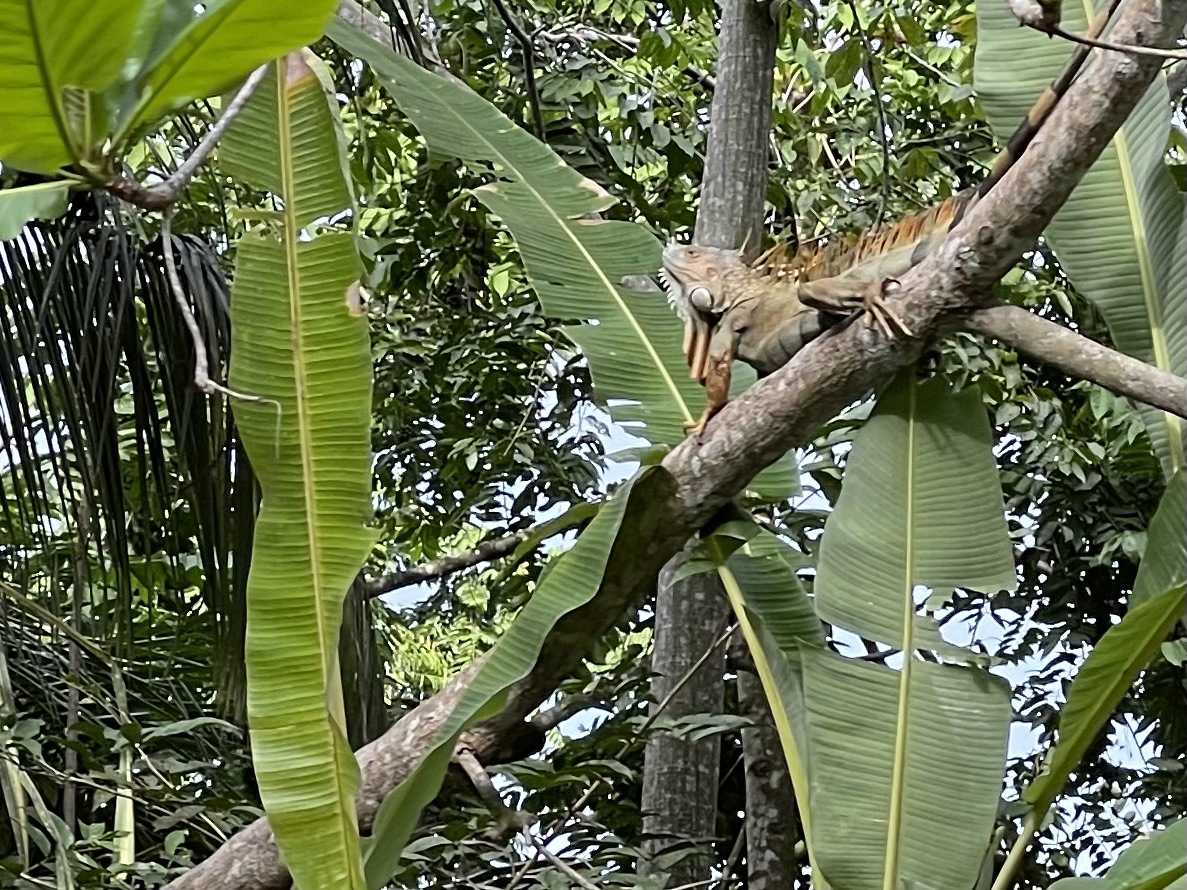 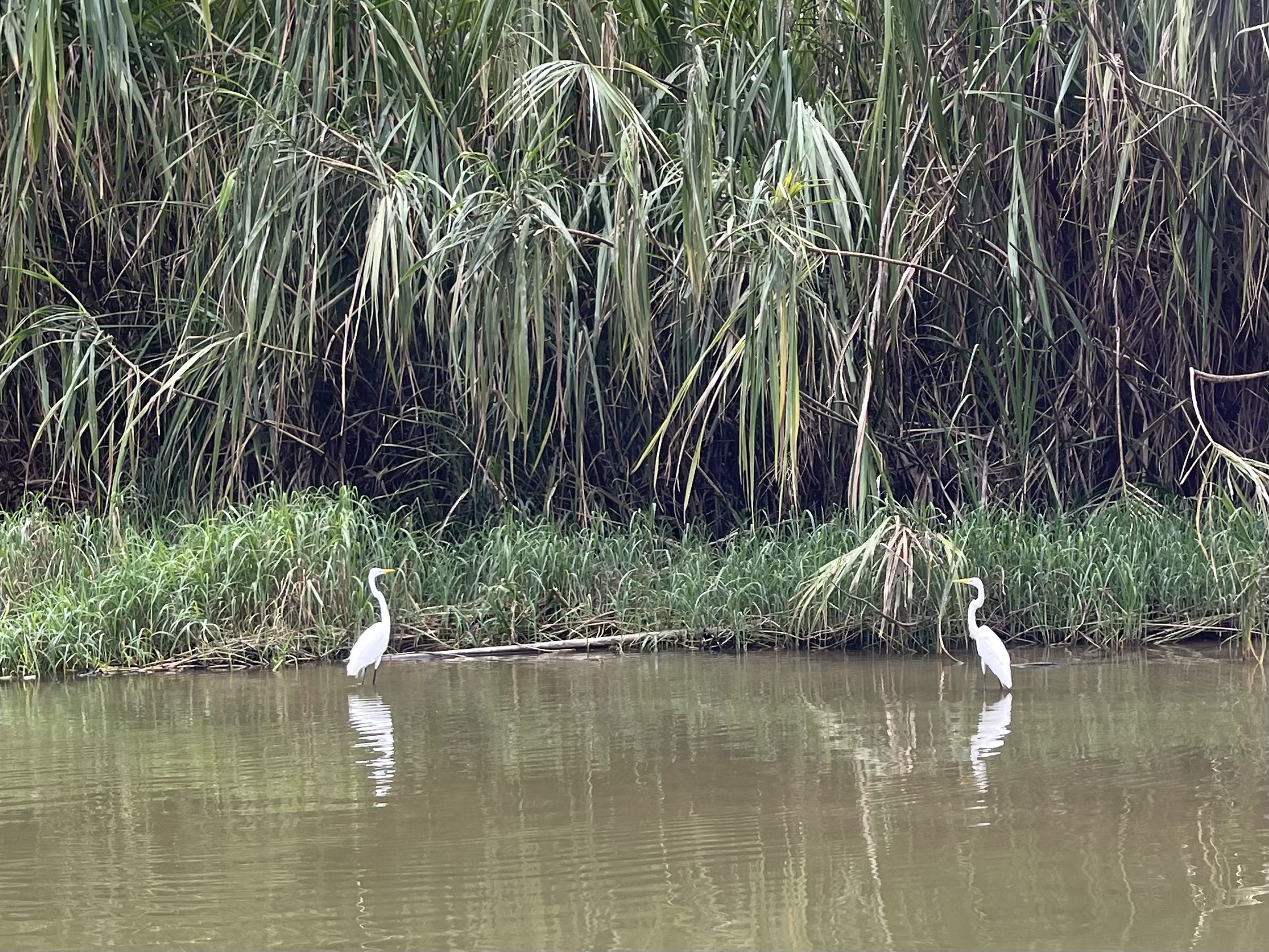 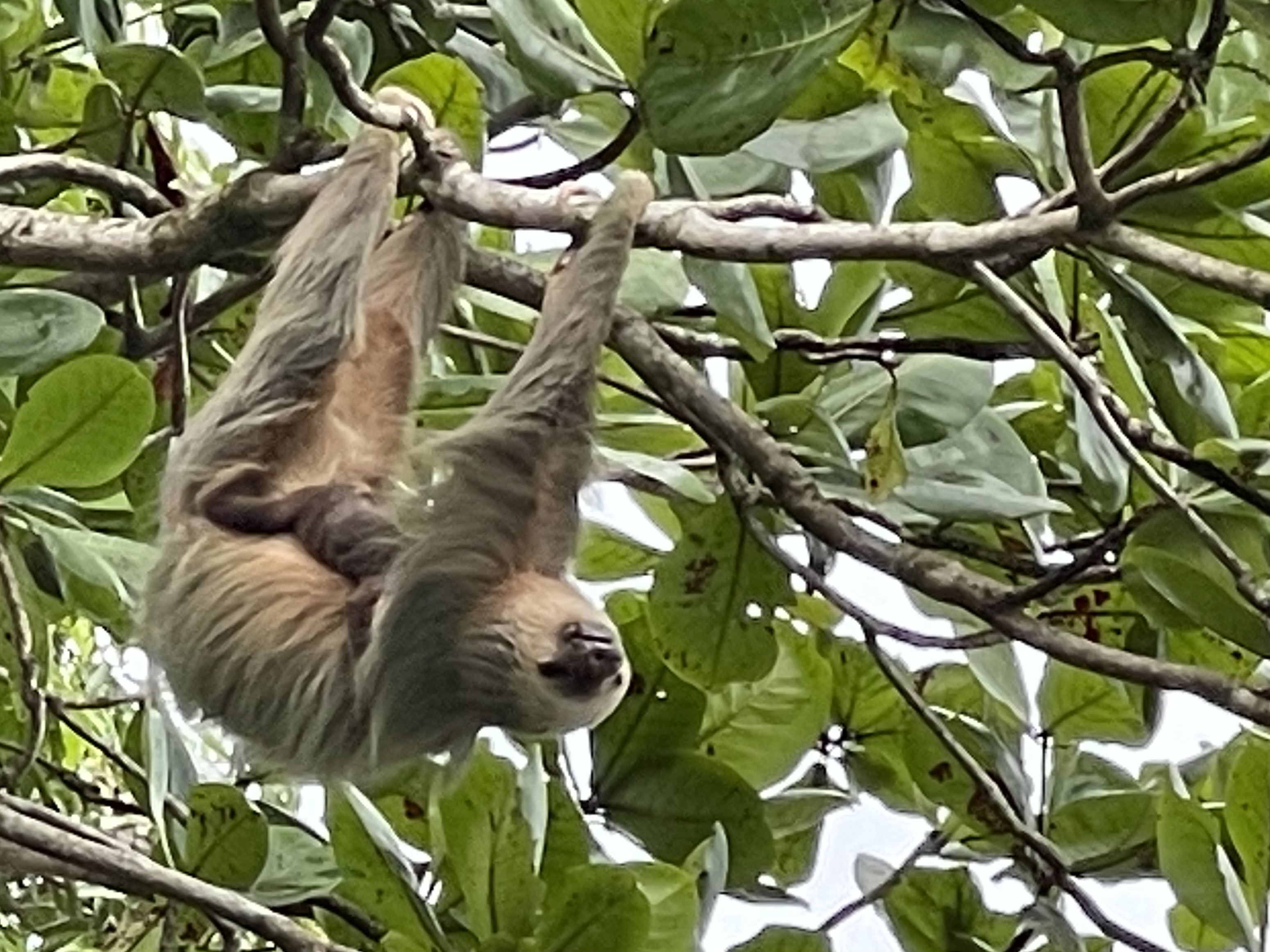 And sloths. This one is holding a baby. 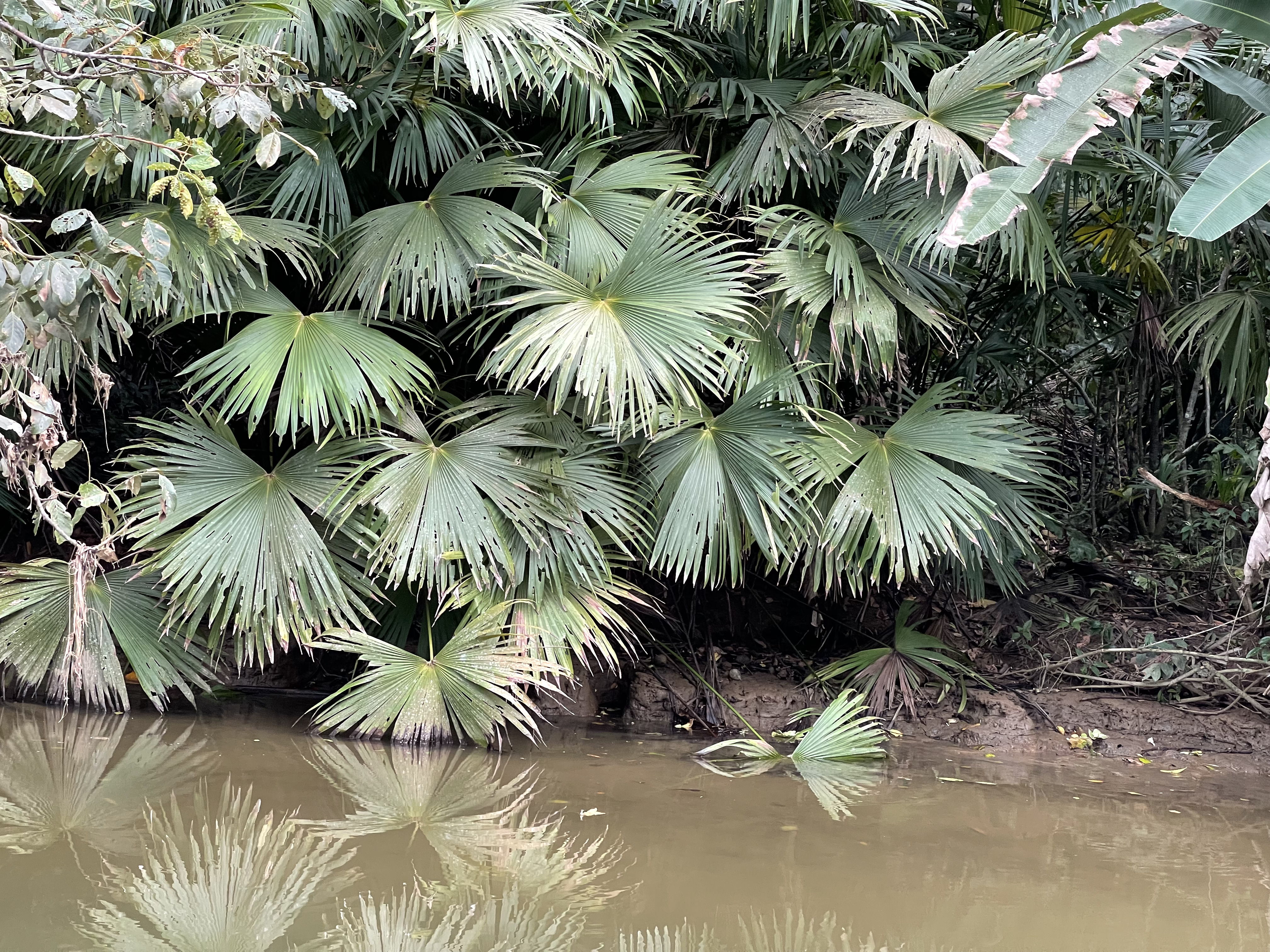 This is a panama hat plant. As you may guess, they make panama hats from this plant.

Our favorites were the monkeys.