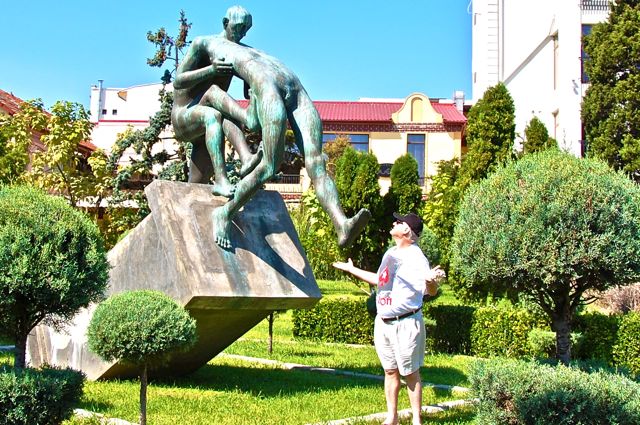 The Romanian Revolution of 1989 marked the end of the brutal Communist regime of Nicolae Ceause. This was the ONLY Iron Curtain revolution that executed the country’s head of state. Ceause and his wife were executed following a televised and hastily organized two-hour trial.

Allyn visited the courthouse as usual.