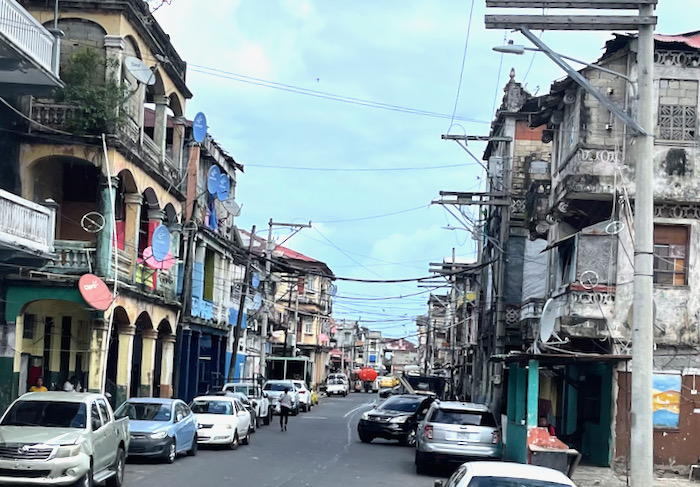 Colon is Panama’s second largest city and the largest on the Atlantic side of the country. It is adjacent to the Panama Canal’s northern opening. The city, itself, is in a bit of disrepair. 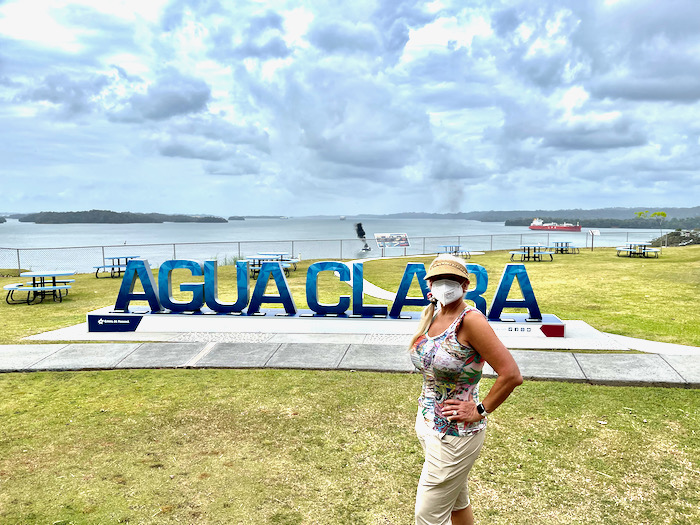 Today’s highlight, and indeed, most days’ highlight was a trip to the Aqua Clara Locks. 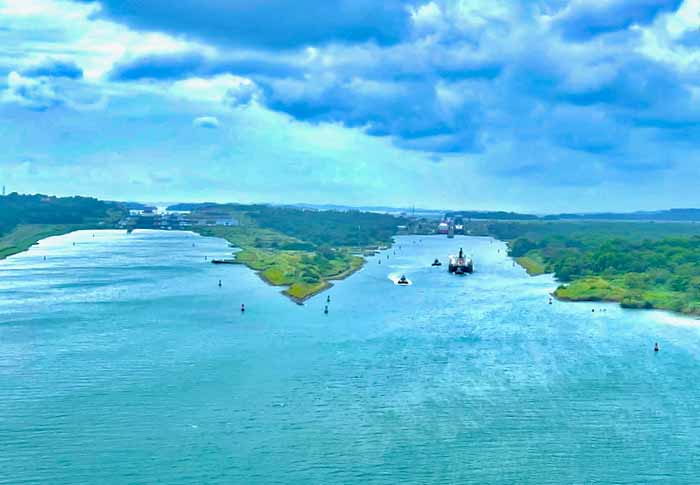 On the way there they took us to a bridge where we could overlook both the new and old locks. Now they can take twice the traffic and ships much larger.

Gatun Lake was formed between 2007 and 2013. It is a freshwater lake holding about one year’s rainfall. Since it is not fed by the ocean it is subject to climate change. They need that water in order to operate the locks. 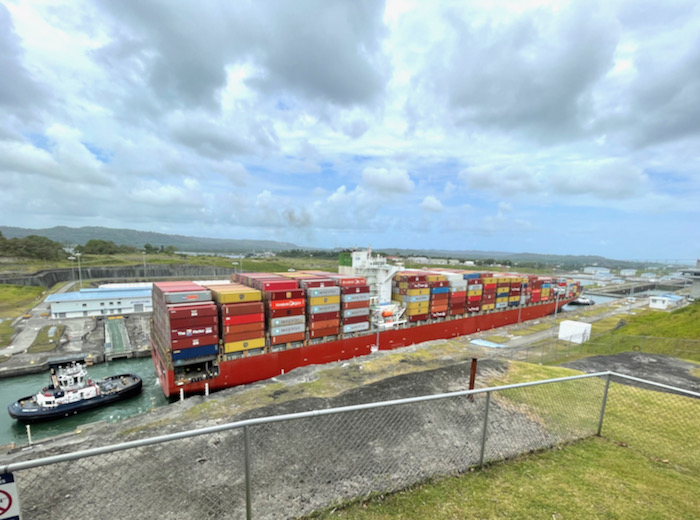 First the ship goes into the lock.

I mean we have passed through the Panama Canal twice, as well as the Suez Canal and many others. None can top this view of the Gatun Locks, however.

The Canal uses a lock system to lift ships up 85 feet to the elevation of the canal. It takes 8-10 hours for each ship to make the transit through the canal. That is versus the 2 – 3 weeks necessary to go around South America. 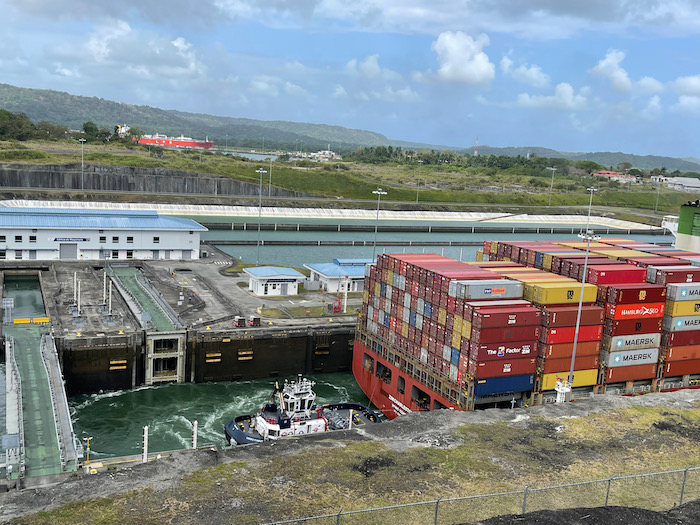 Then the gate closes and they lower the water level. (They raise it coming the other direction.) 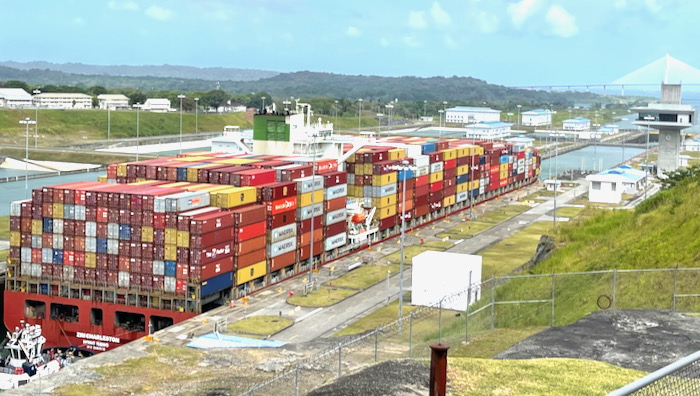 Then the ship goes along its way.

Completed in 2016, the Panama Canal now allows the passage of almost all vessels, except for monsters like aircraft carriers. Freighters holding over 13,000 containers can fit. 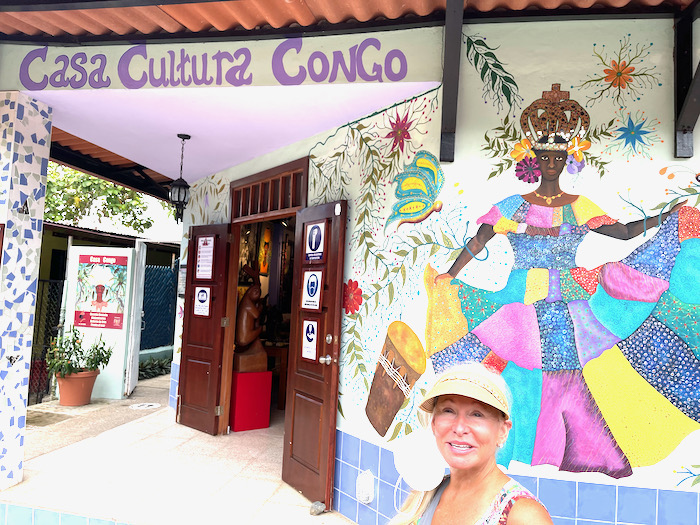 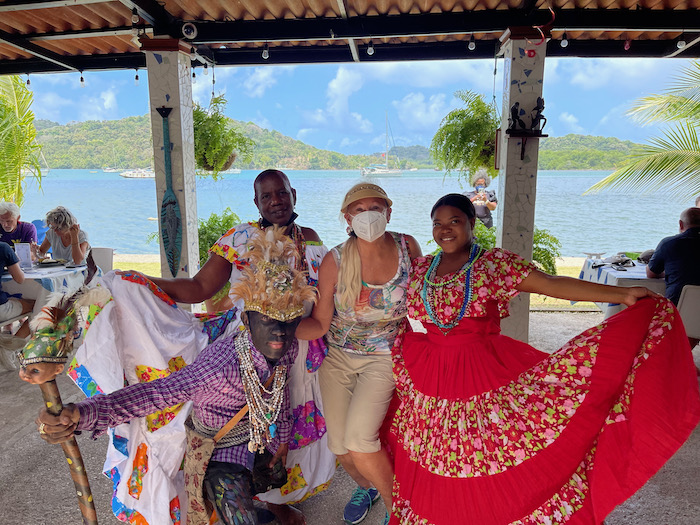 Then we visited Portobello. Here we had a nice view and saw a bit of dancing as done previously by slaves. 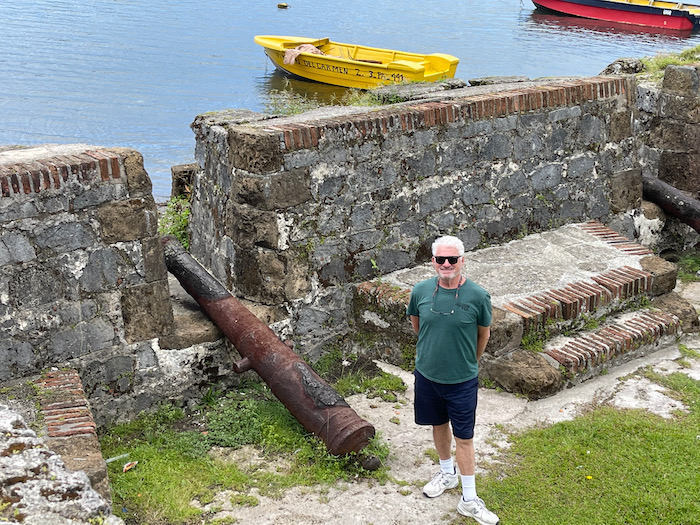 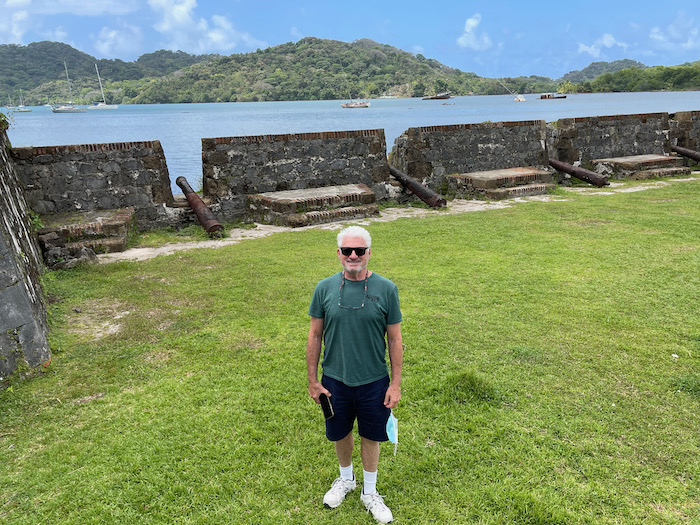 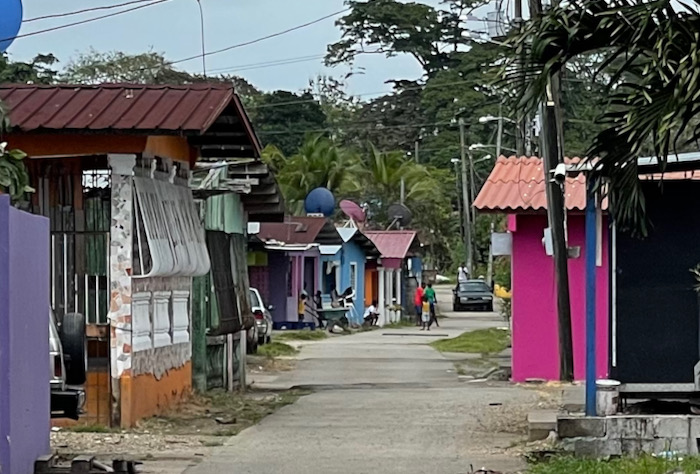 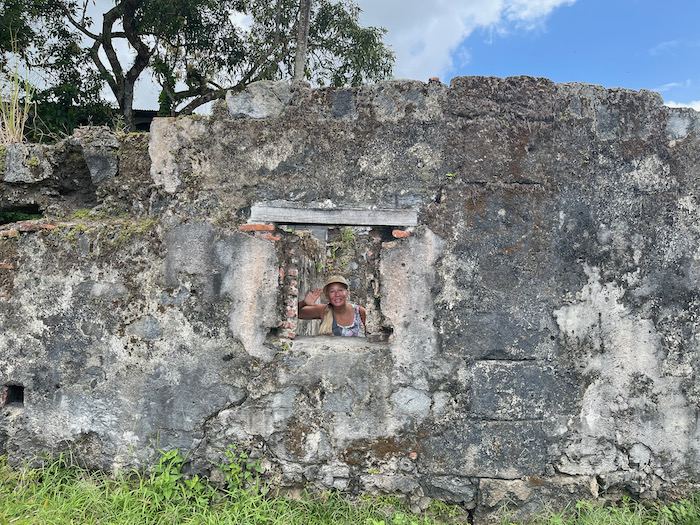 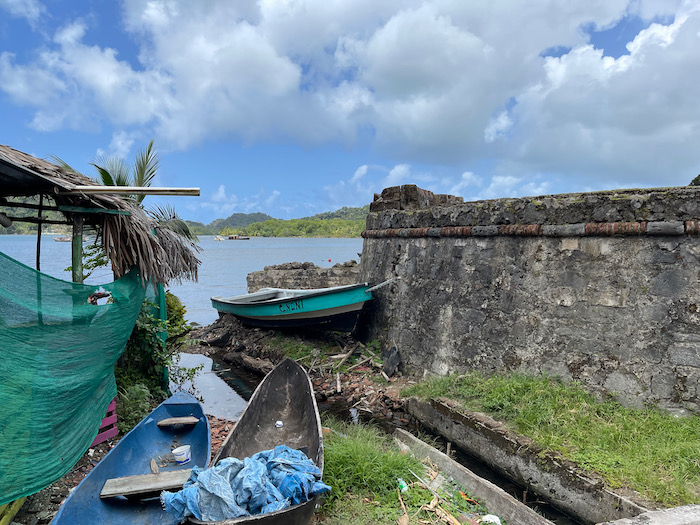 Down the road we visited the Santiago Battery, a UNESCO World Heritage Site, part of the defense system built by Spain for protection. It is a fine example of 17th- and 18th-century military architecture. 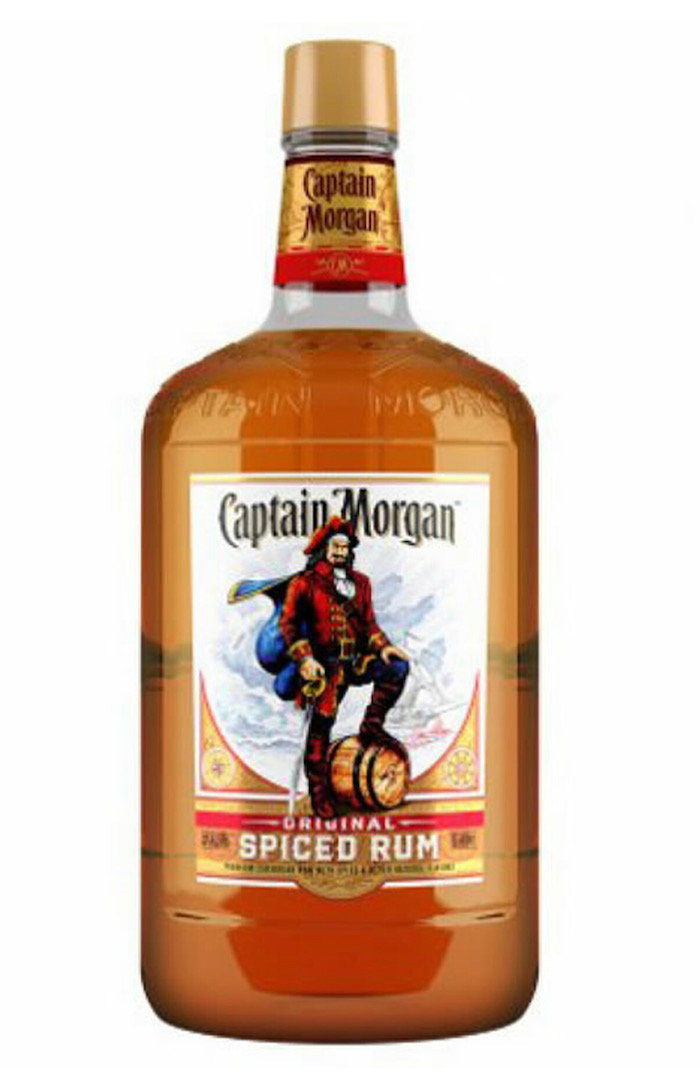 I always that Captain Morgan was just a popular spicey rum. It turns out he was a real person.

Sir Henry Morgan was a 17th-century privateer and admiral of the Royal Navy, whose main job was to raid Spanish settlements in the Caribbean. The other side of the story is that he was a ruthless pirate who was allowed to do what he did if he left the British alone.

He was able to storm and sack the Santiago Battery and in 1670 went all the way to capture Panama (City) which burned to the ground while his men were looting it. To thank them, he deserted his followers and took most of the booty for himself.