We have been to Cartagena several times, and each has been a delight. Since we overnighted here we were able to visit for two days.

All visits seem to start with the mandatory photo stop at San Felipe Castle.

Generally, when we think of Cartagena we are thinking of its beautiful walled city. The seven-mile colonial walled city and fortress, a UNESCO World Heritage Site would take a week to see and enjoy properly. 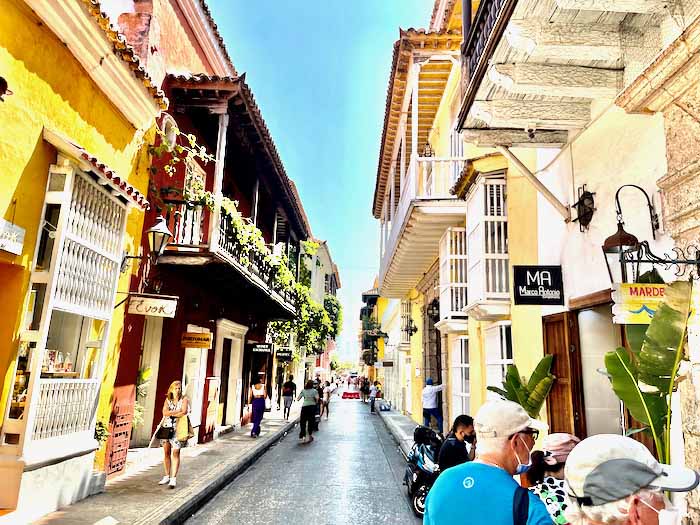 At first it appears just to be pretty streets. 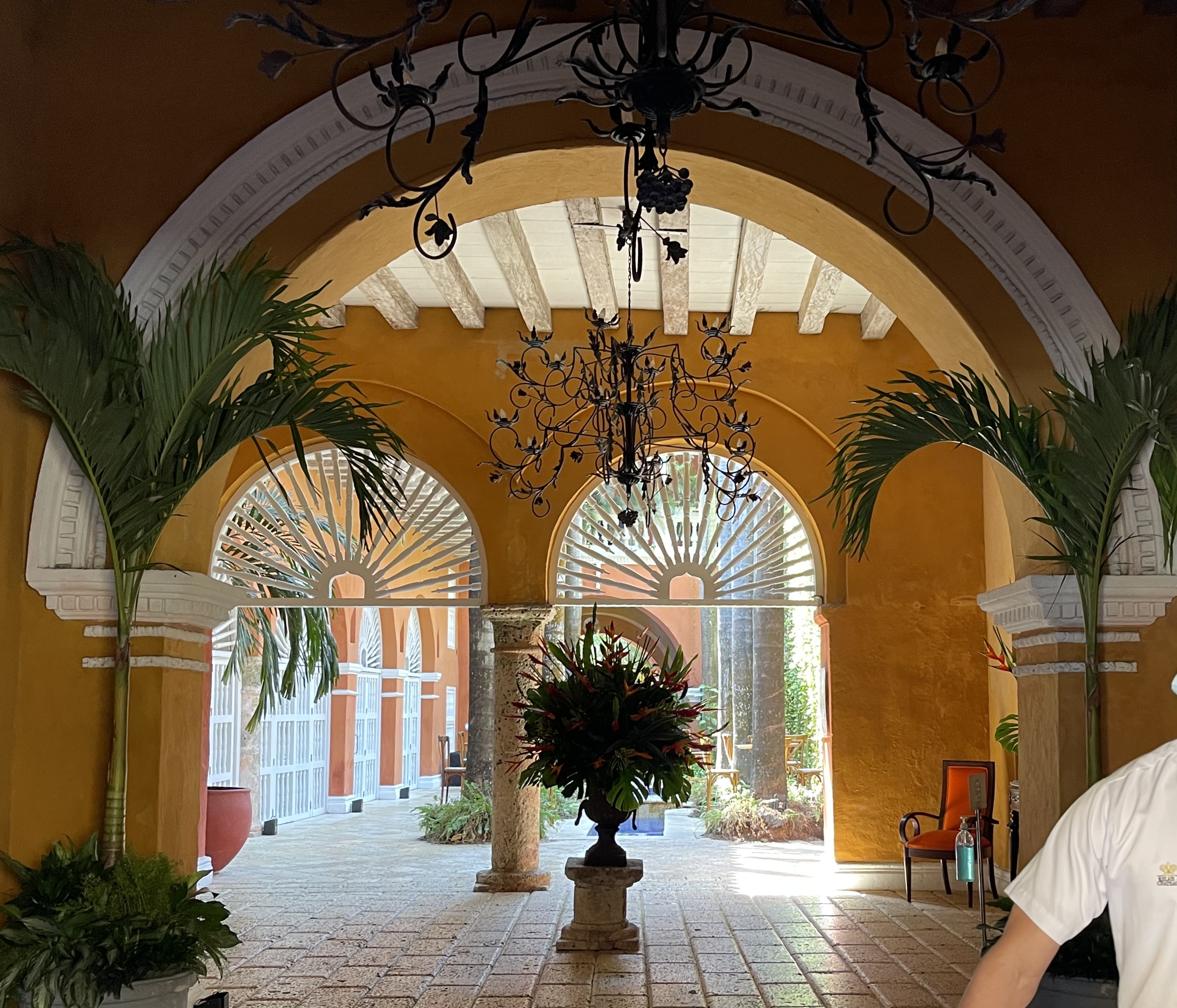 Then when you get a peak inside you can see how opulent these houses are and were. Many have been converted to retail establishments. 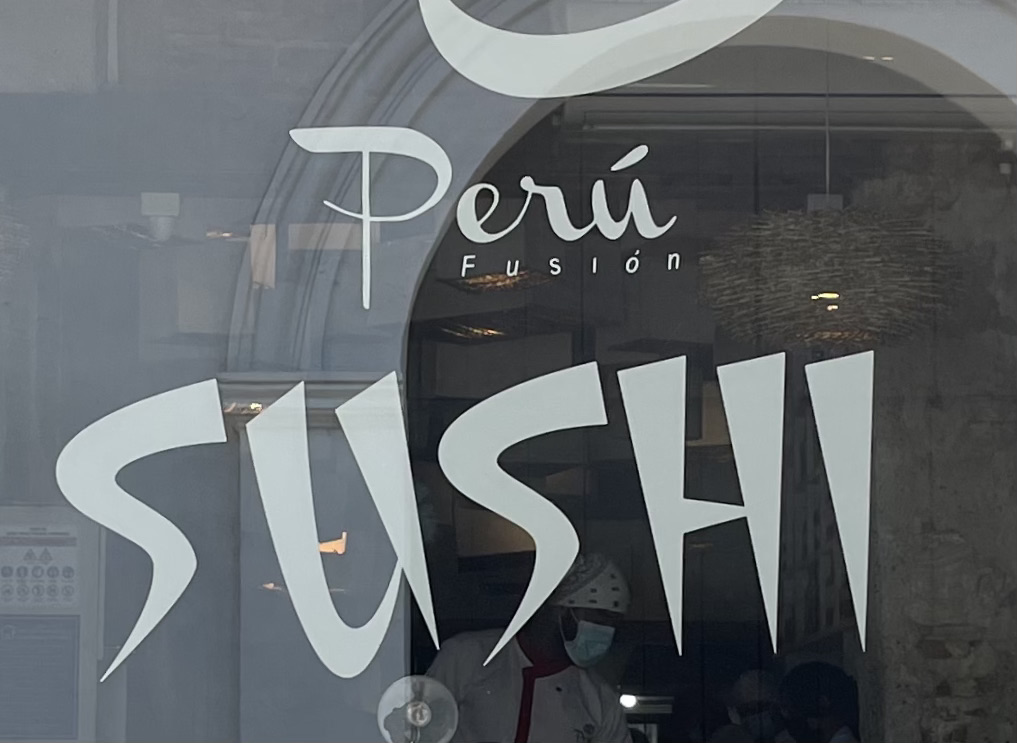 It is a very cosmopolitan city full of high-end restaurants of all sorts.

The square outside the Palace of the Inquisition is quite lovely. It features a statue of Simon Bolivar” The Liberator”, who led what are currently Colombia, Venezuela, Ecuador, Panama Peru, and Bolivia to  independence from Spain.

The Palace of the Inquisition, now a museum, was where prisoners were held and tortured until the Spanish Inquisition ended in 1834. It tells the gruesome story of the terrible atrocities performed on Catholic “heretics” over a 200-year period.

That’s me with San Pedro Claver who dedicated his life to the aid of enslaved Africans.

We finished our Old Town visit at La Serrezuela. It was originally built in 1893 as a bull-fighting stadium. Now it is a high-end shopping center. It is the prettiest I have ever seen. As is our custom, Allyn parked me at a restaurant for a while to have a drink and read my book while she shopped around.

We walked all the way back at the port (15,000 step day) where they have an aviary. Beautiful peacocks strutted around right in front of us showing their plume.

Other colorful birds yacked and screeched a lot. 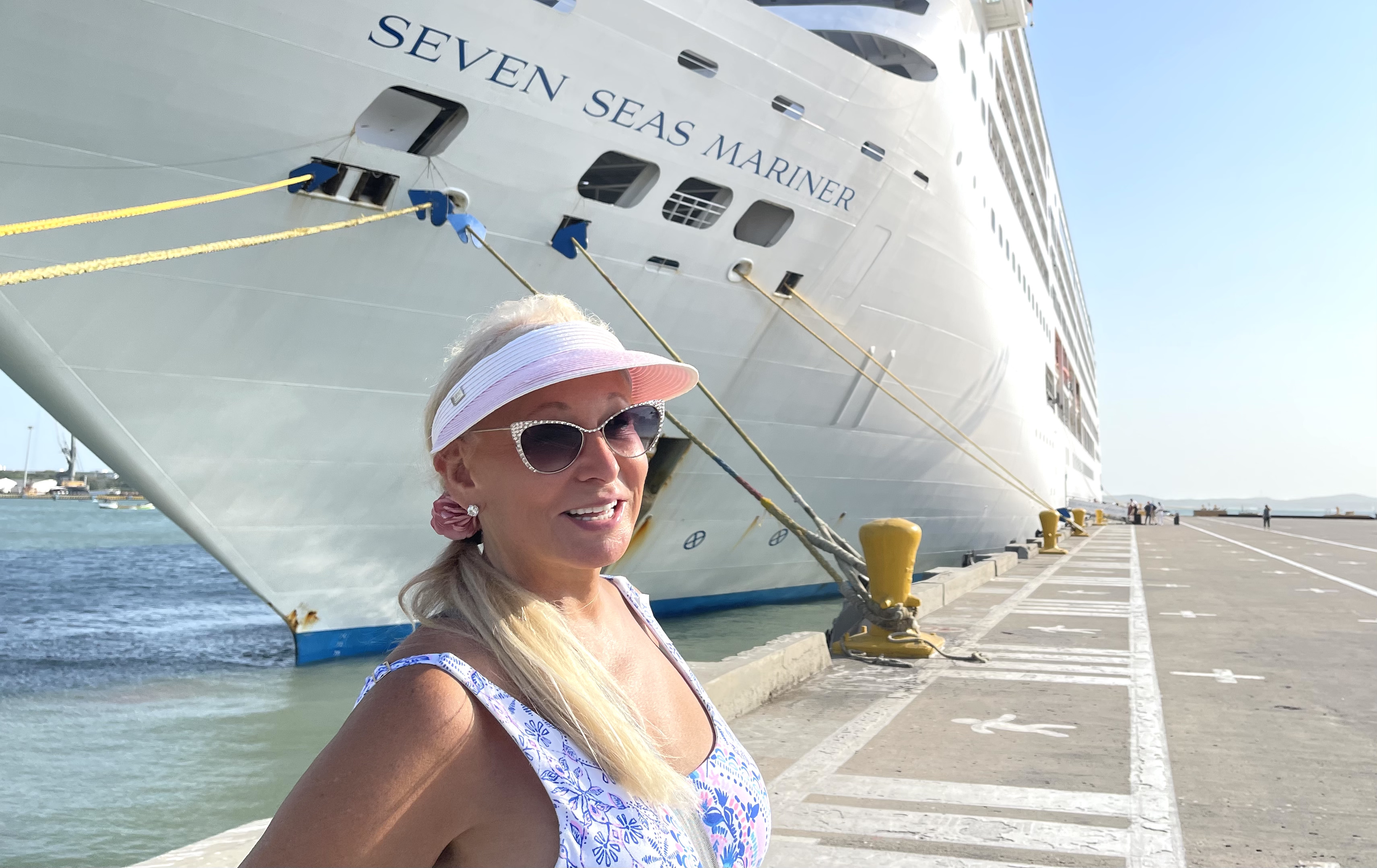 And finally, it was back to the ship. Love Cartagena.