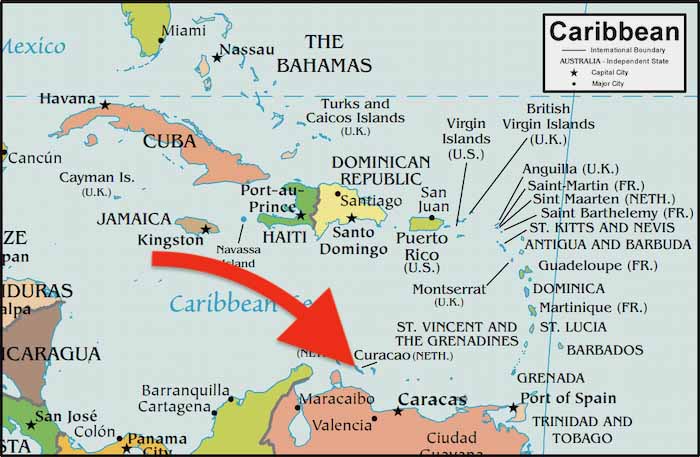 Curacao, part of the Netherlands, is so far south in the Caribbean, that it lies just 30 miles from South America. 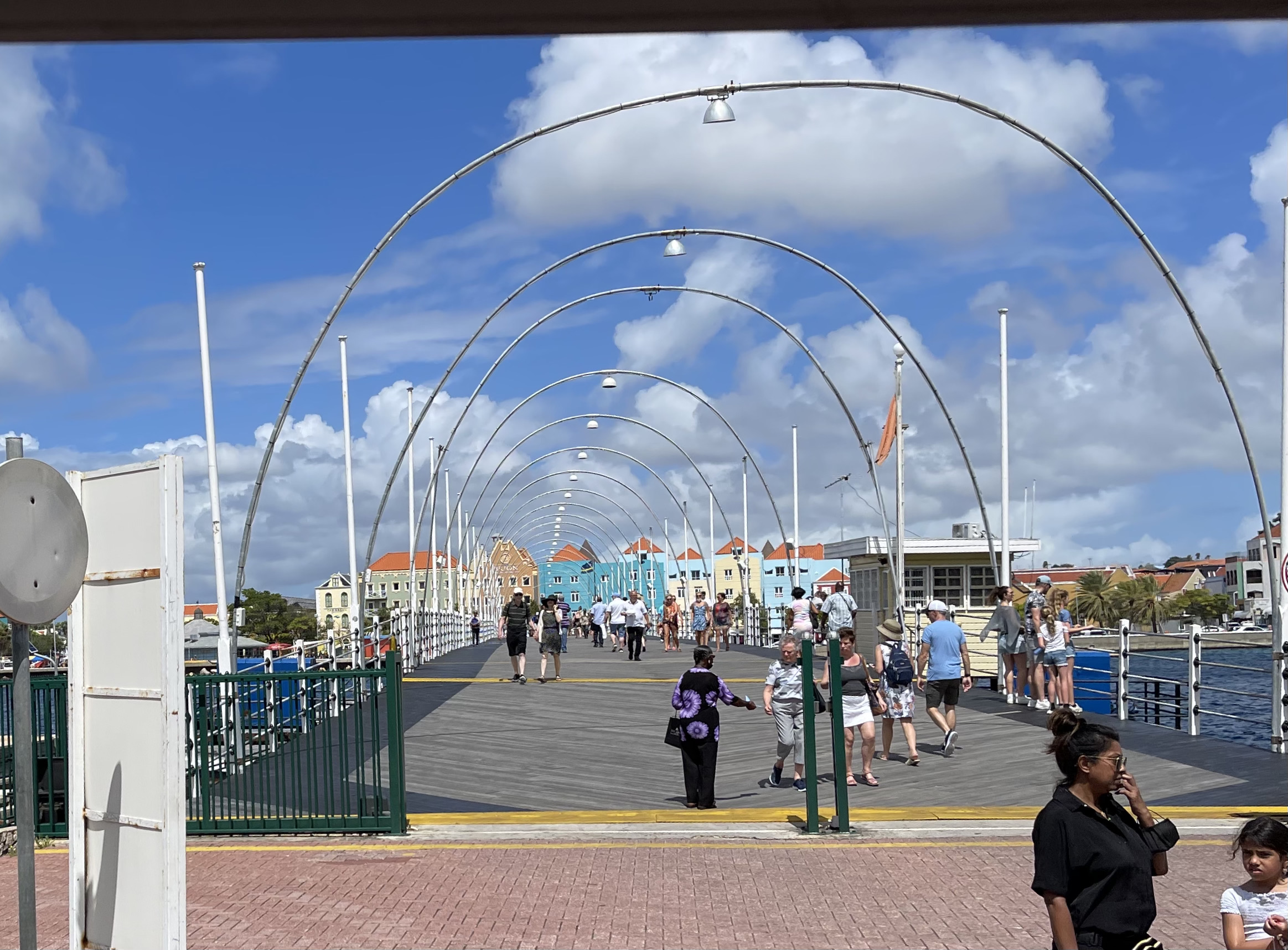 We walked from the ship over the Queen Emma (pontoon) Bridge, to reach downtown. 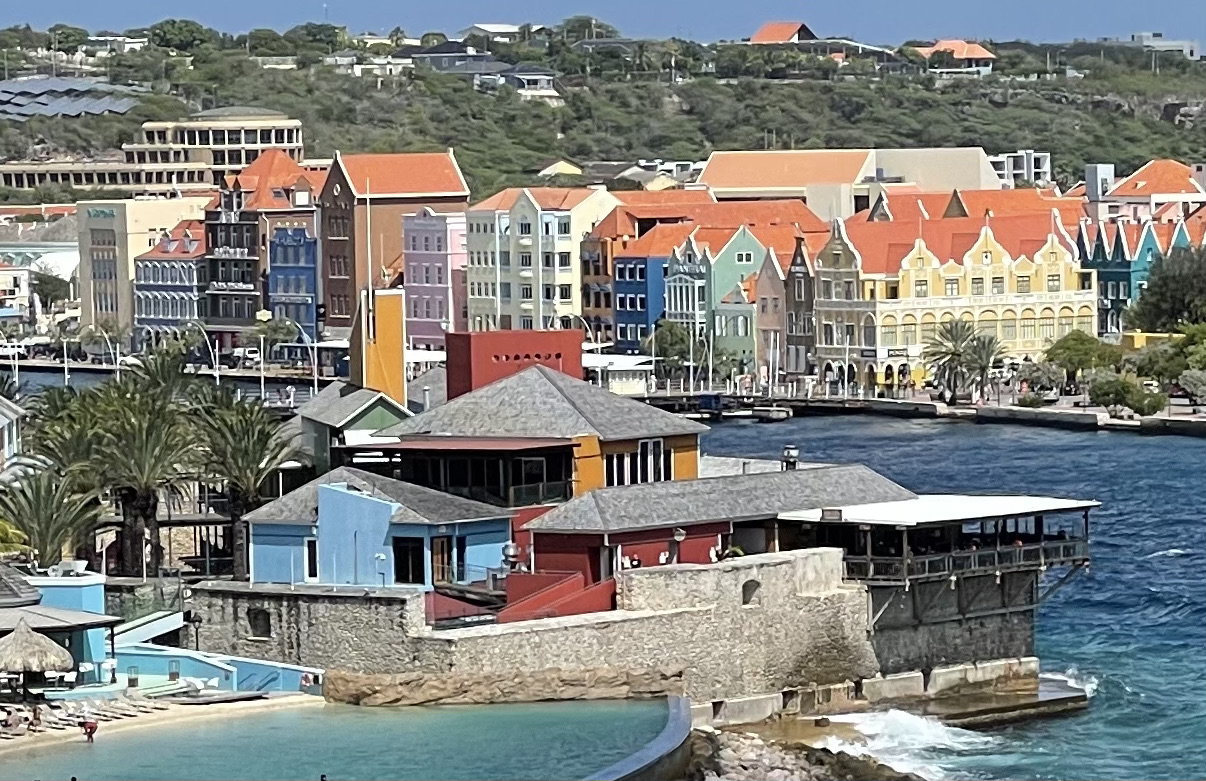 It is rumored that in 1817 the governor ordered the repainting of the buildings in order to cut down the sun’s glare because he had migraines. Later it came out that he a partial interest in the local paint company. 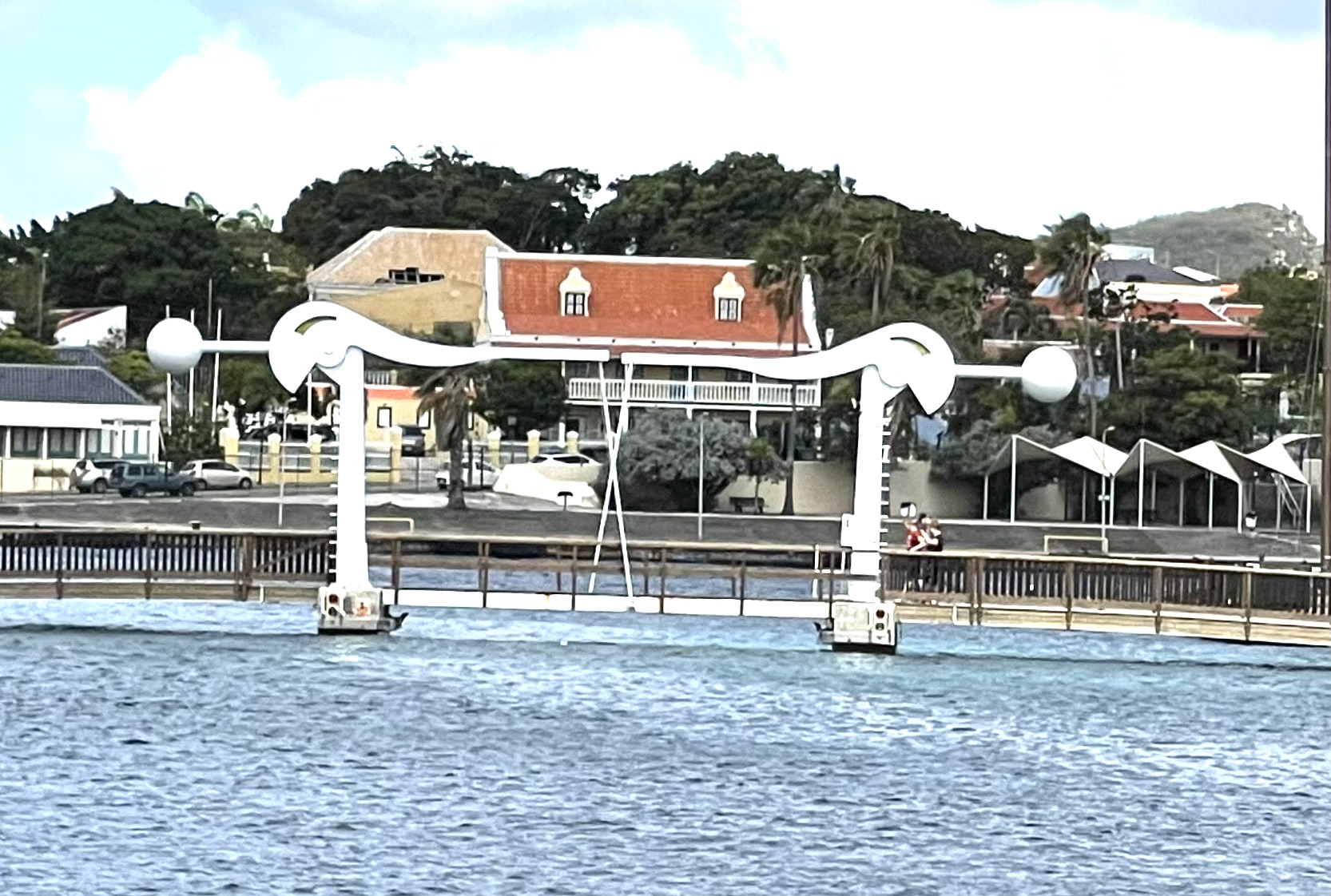 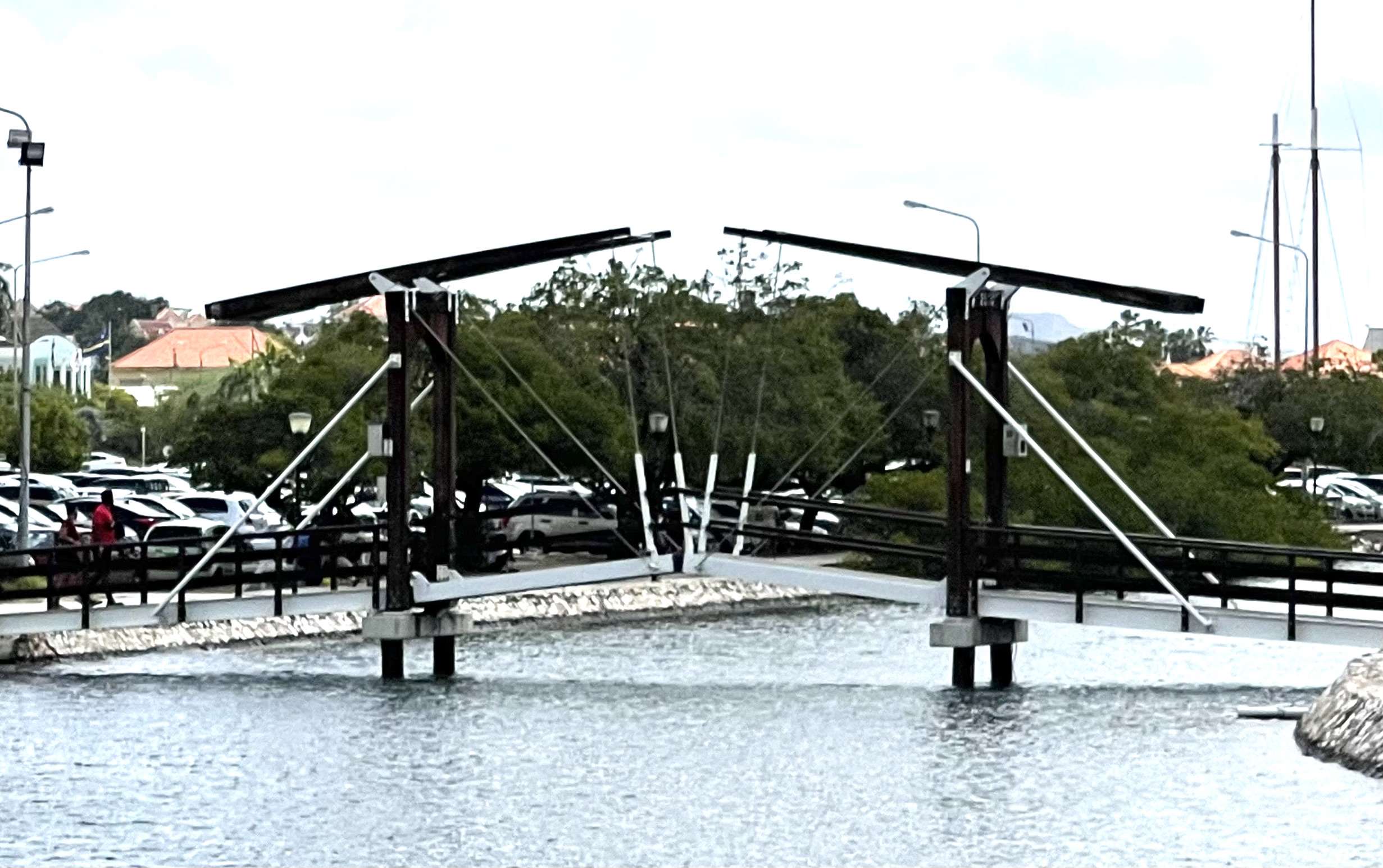 They have several other interesting and pretty bridges also. 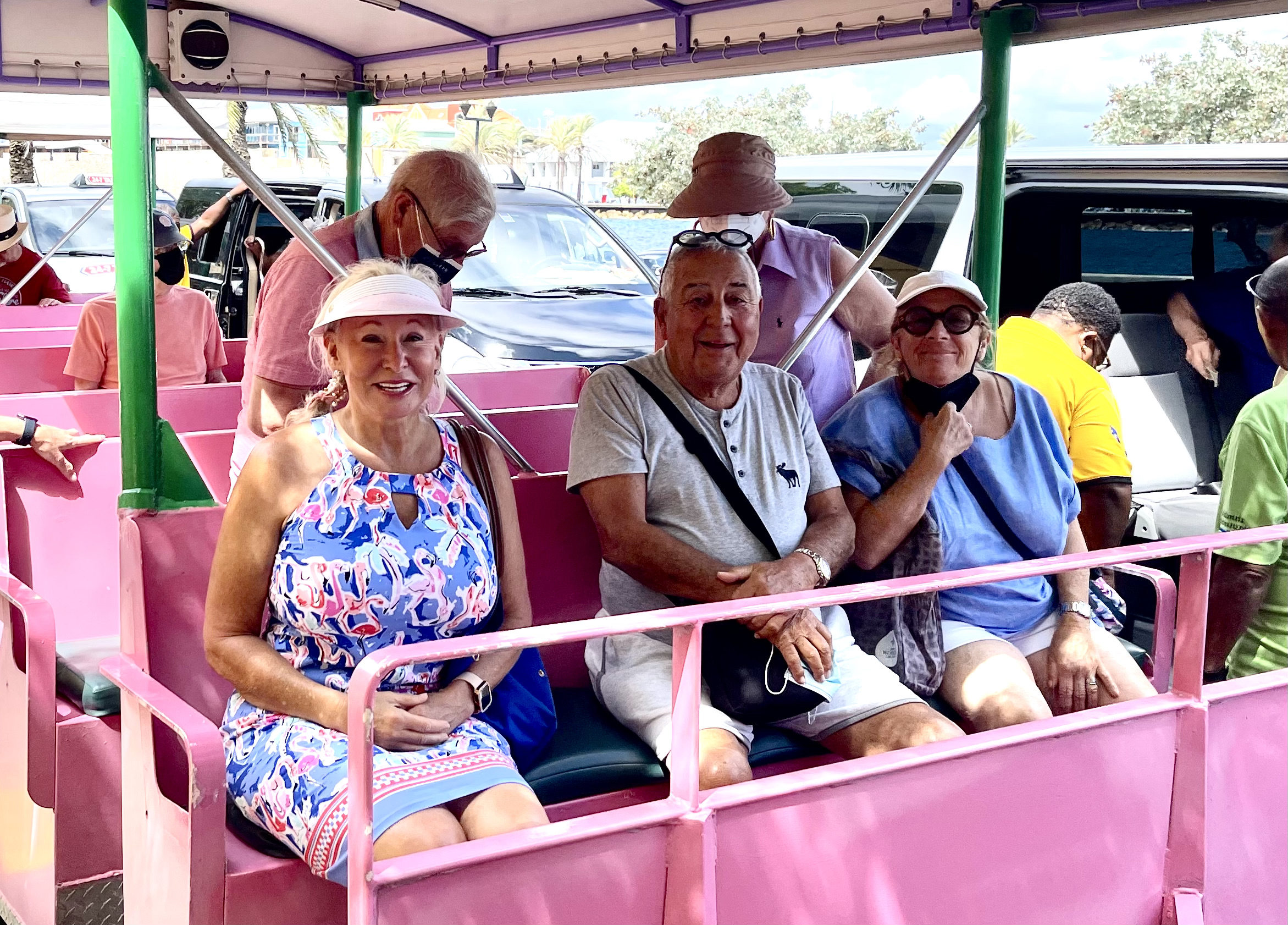 Although we have been here several times we took a trolley around Willemstad, the Capital, for a good overview. 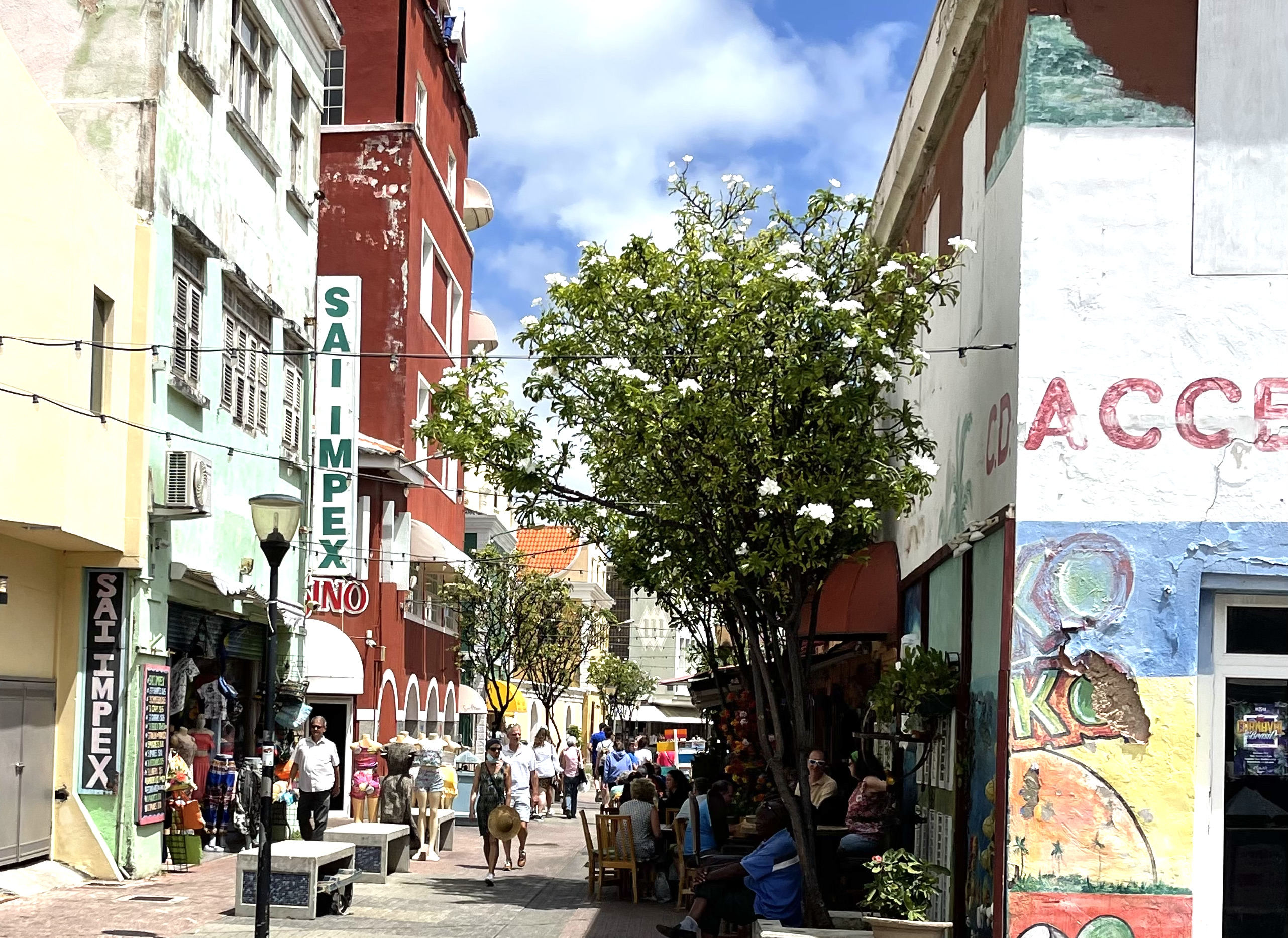 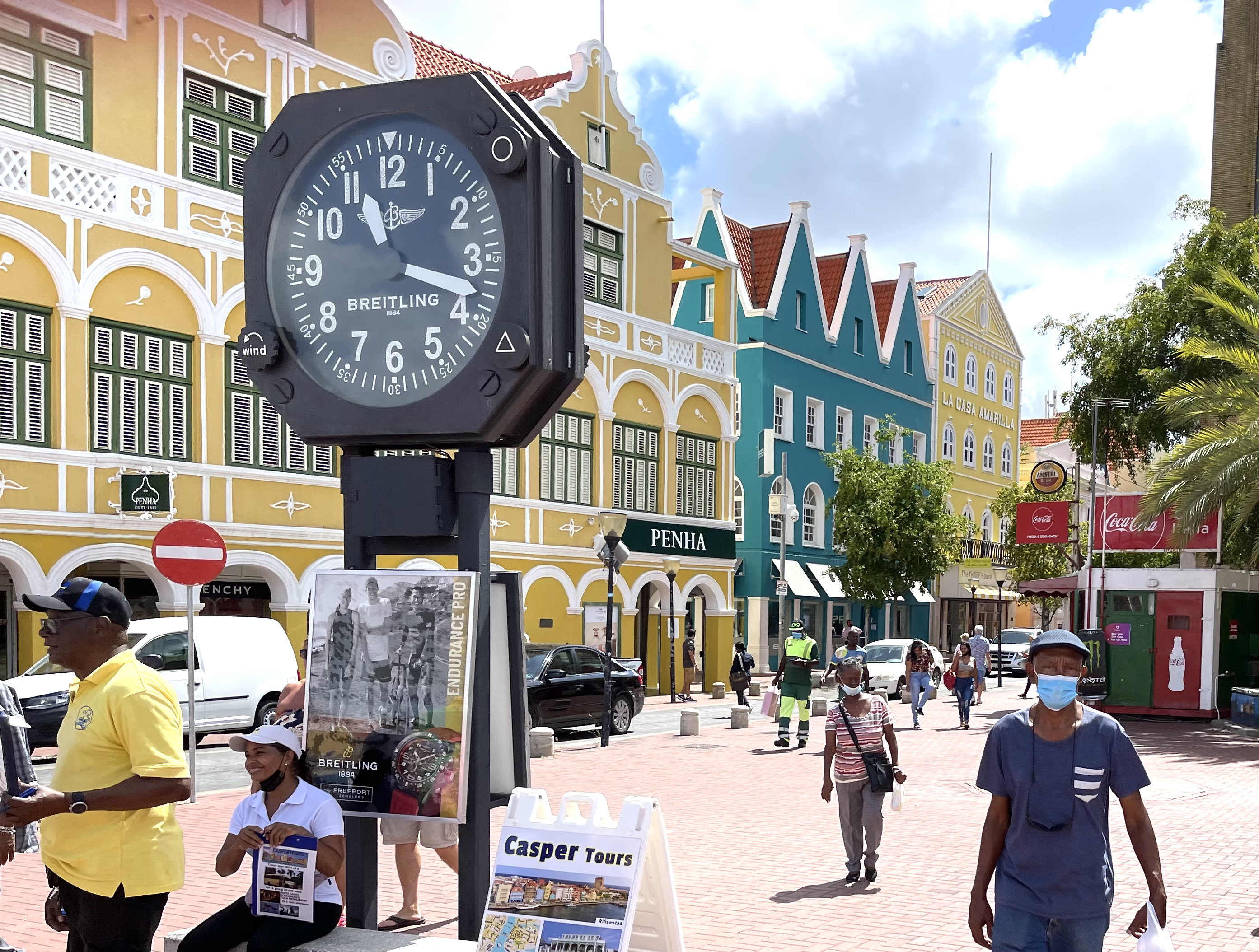 Willemstad is so pretty. Its entire historic district is a World Heritage Site. Much of its original urban structure and architecture of the period 1650-1900 still stands. 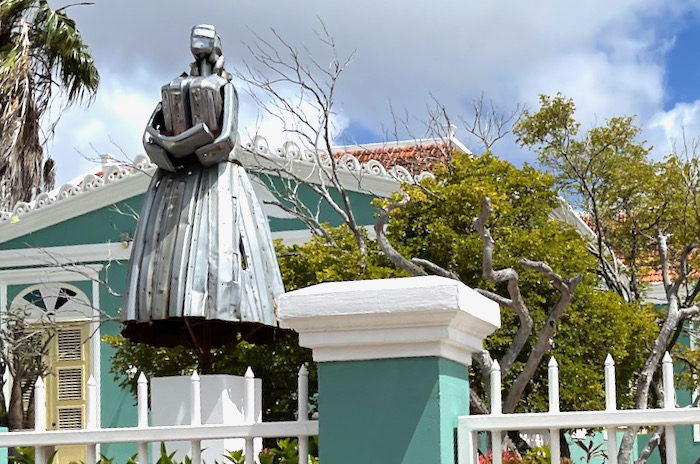 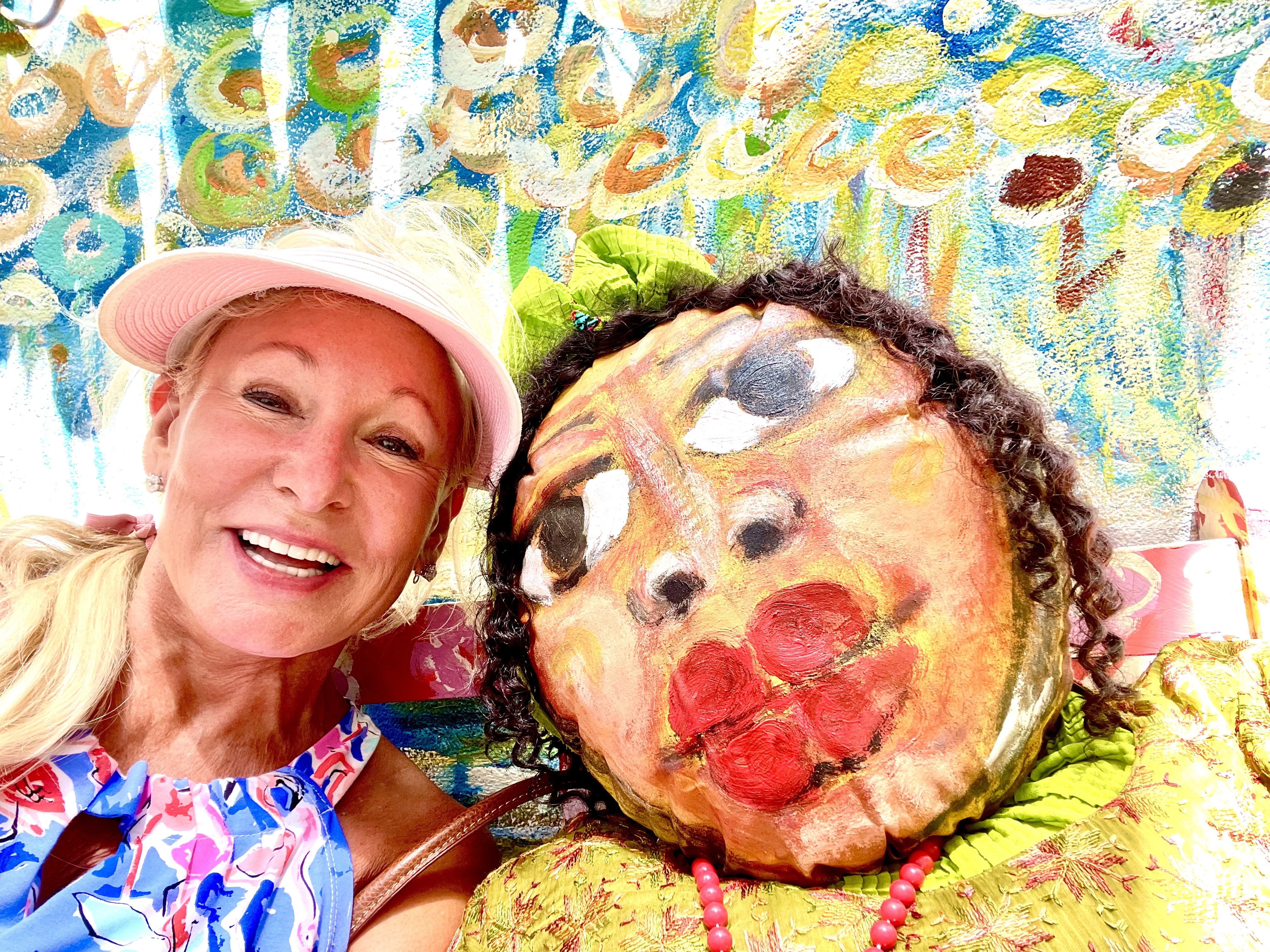 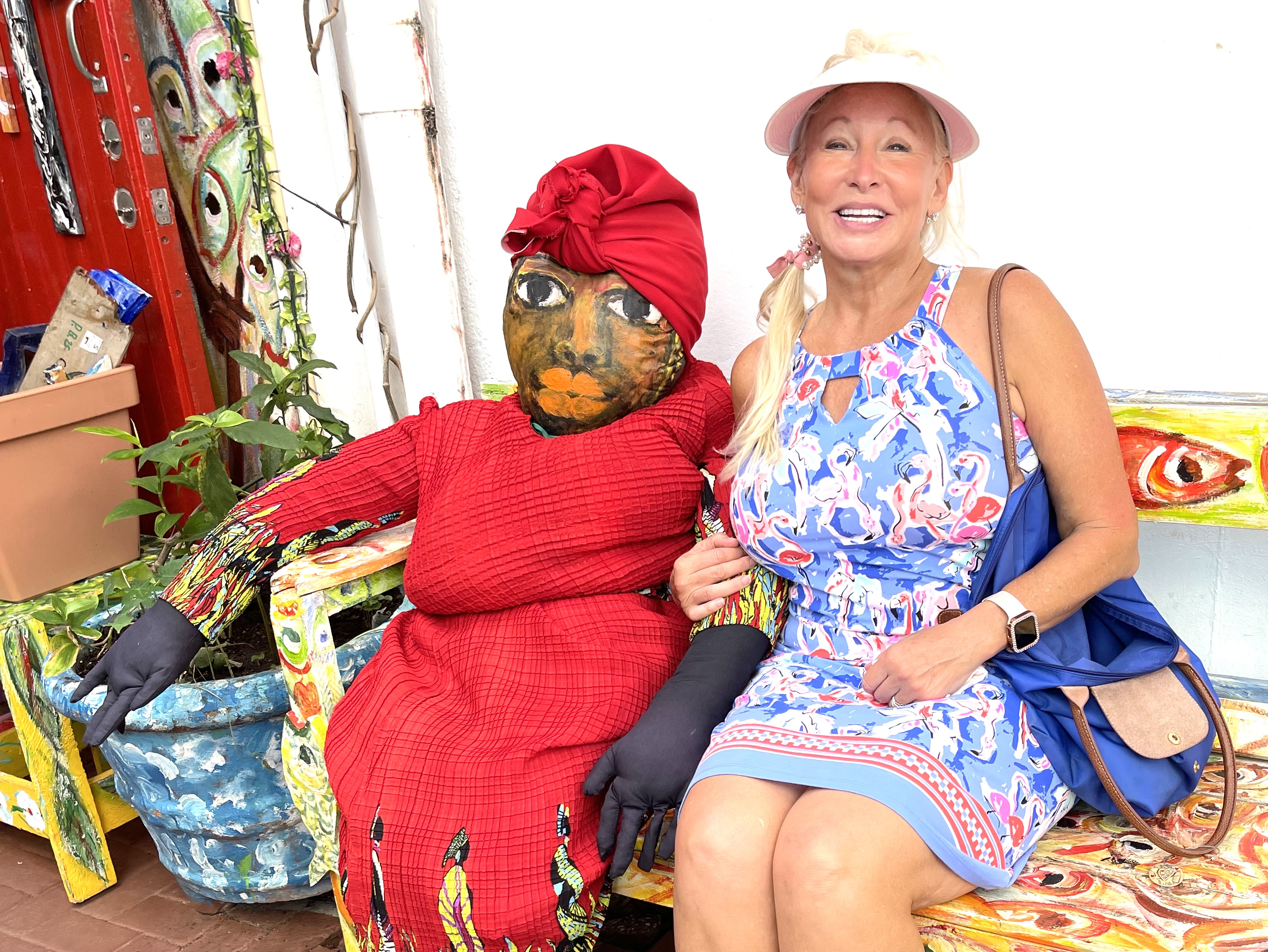 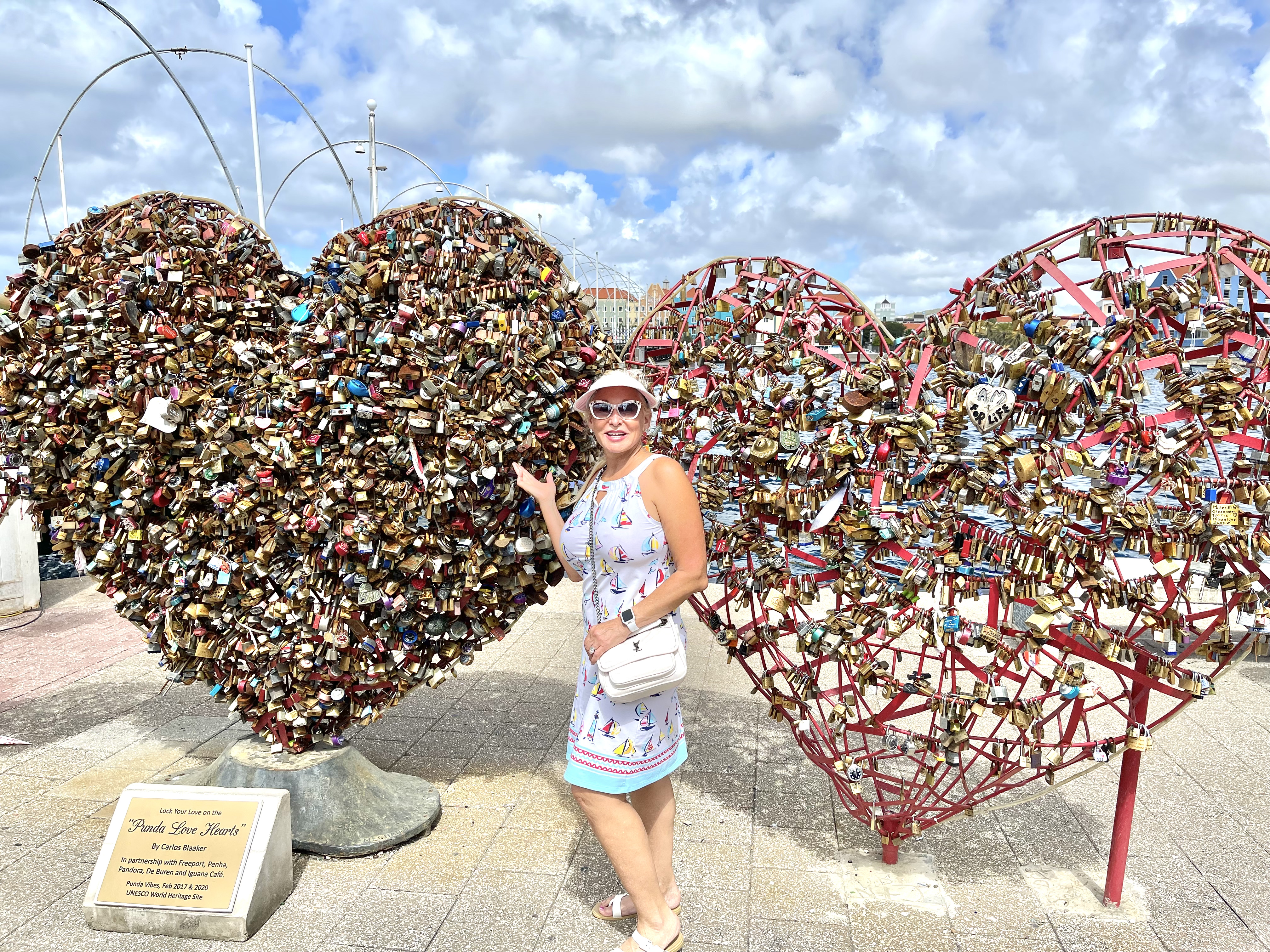 There is much interesting art here. One sculpture is for love padlocks allowing folks to lock in their love. 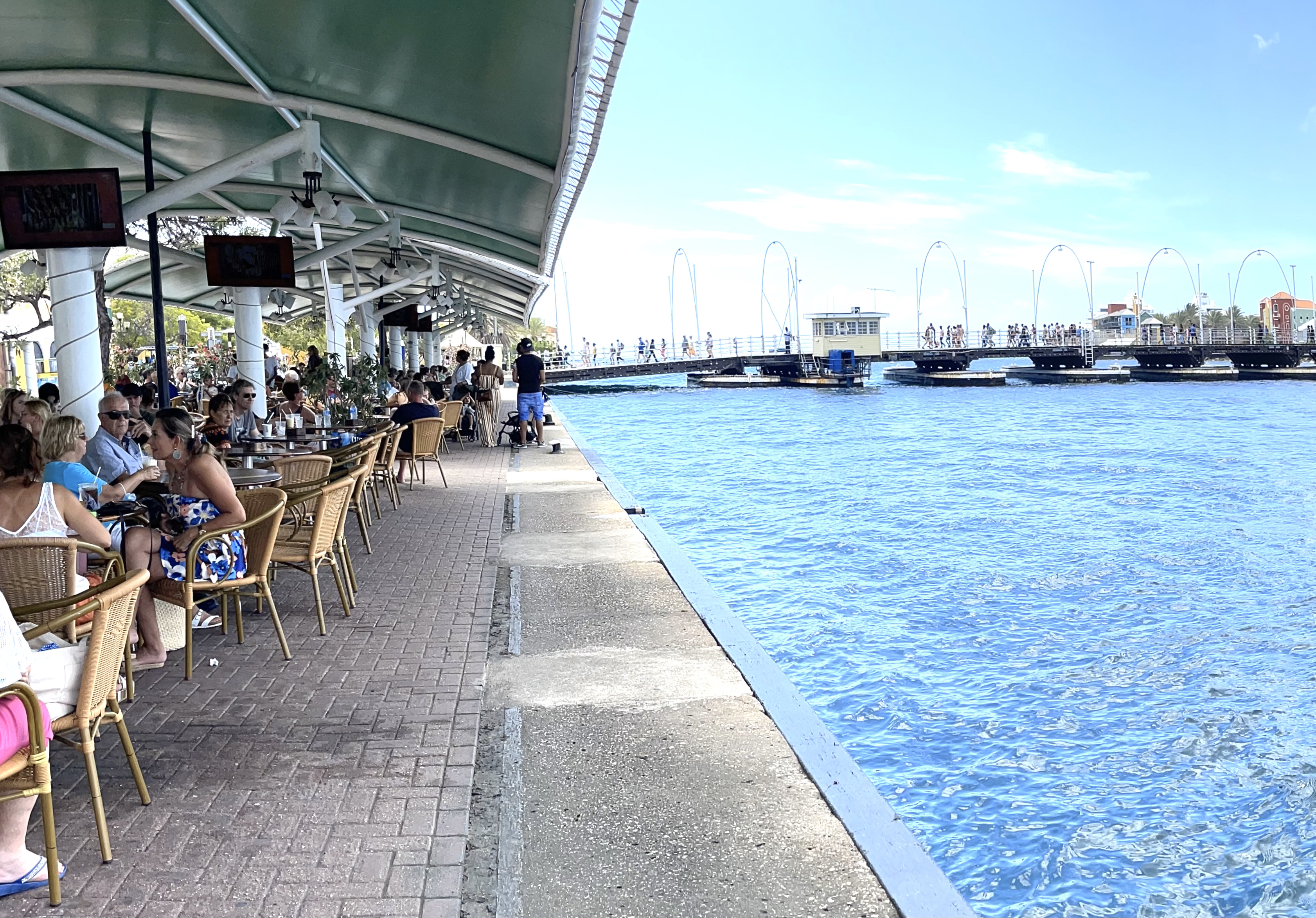 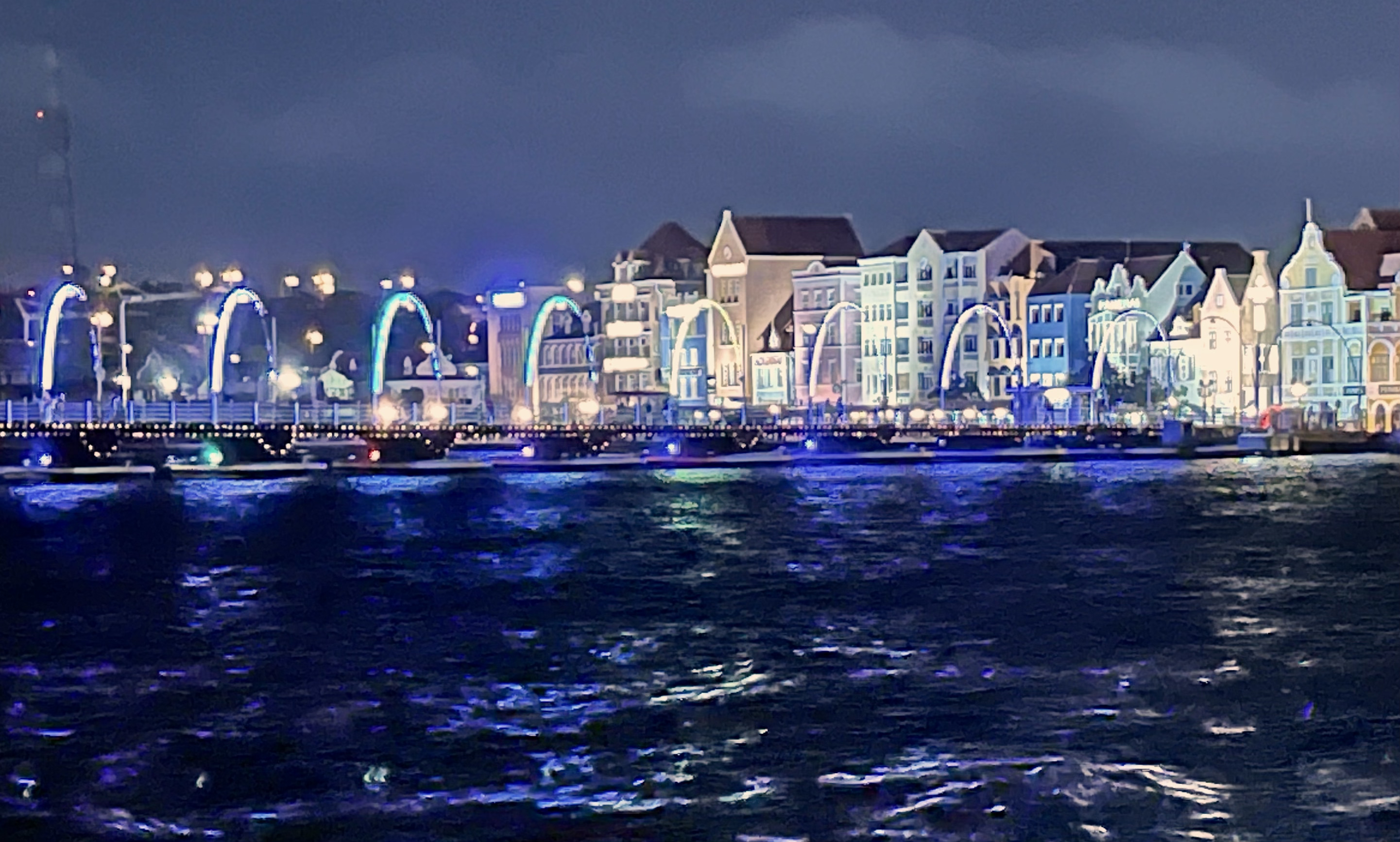 The food is good to outstanding here. Since we spent two days in port, we ate a fabulous dinner off the ship with a sensational view. 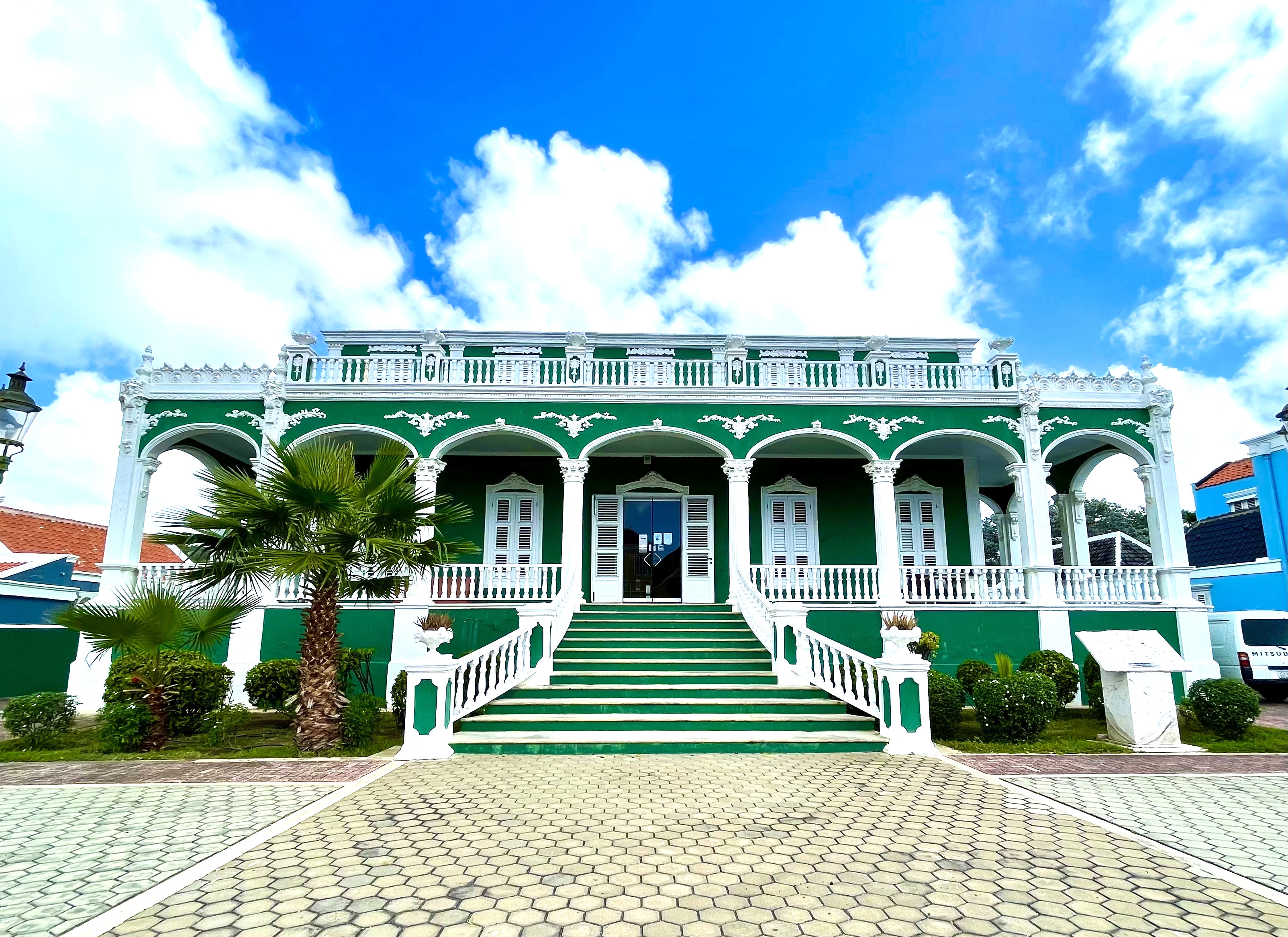 This famous “wedding cake house” is so called because its white trim resembles icing on a wedding cake. 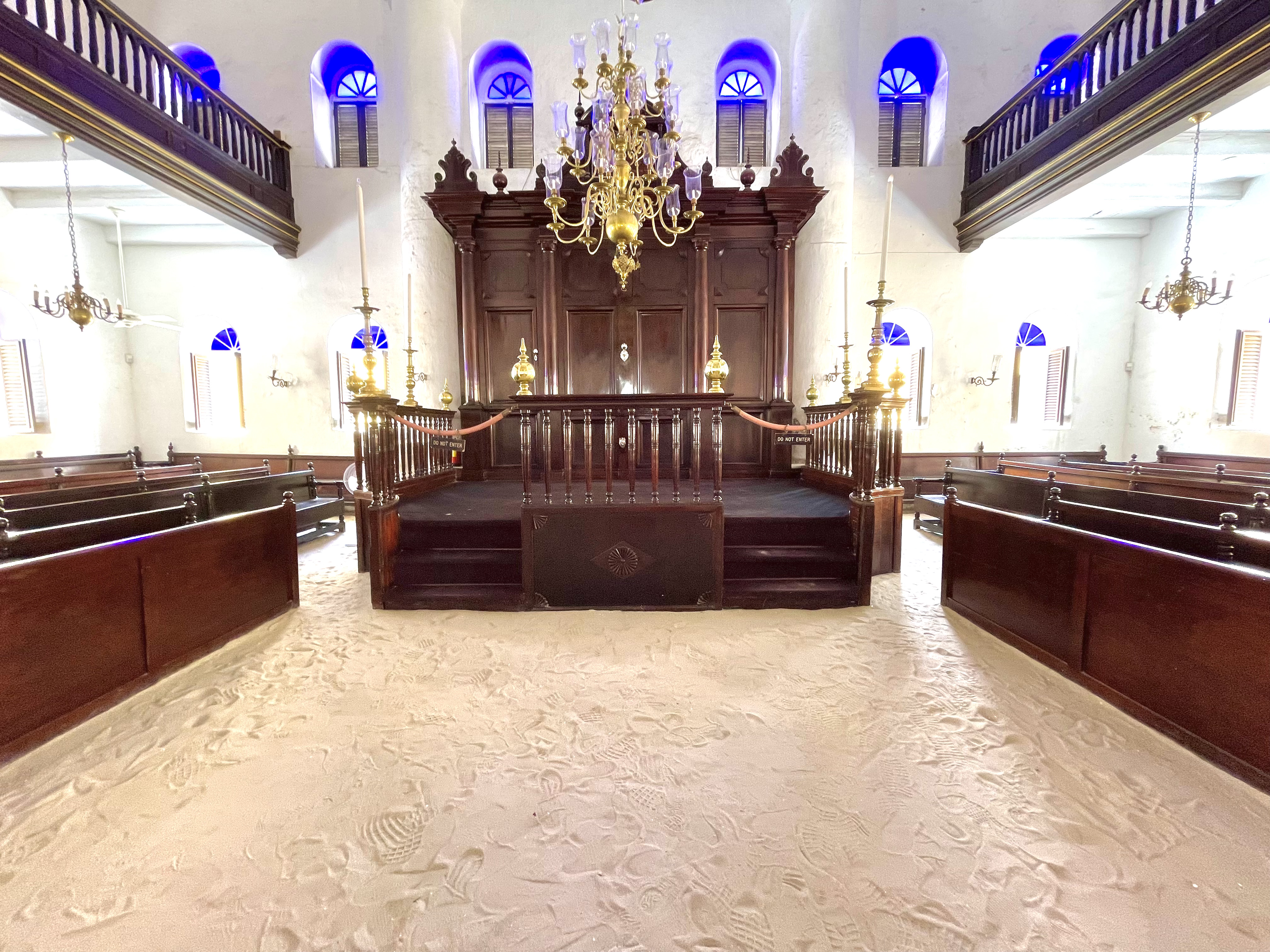 Mikve Israel Emanuel Synagogue is the oldest synagogue in the western hemisphere that is still in use.

It’s floor is completely covered in sand. It is a reminder of the 40 years the Jews spent wandering the desert in biblical times and also to pay homage to their Portuguese ancestors who used sand to muffle the sounds of sacred prayers and songs.

The Netherlands was one of the few European nations that allowed Jews to settle in its territories.

The then acting governor of Curaçao, Pieter Stuyvesant, did not share his countrymen’s religious tolerance and actively protested Jewish immigration to the island until his superiors overruled him.

By the end of the eighteenth century, the Jews constituted more than half of the white population in Curaçao.

At the turn of the nineteenth century, the Jews of Curaçao became involved with Simon Bolivar and his fight for the independence of Venezuela and Colombia from their Spanish colonizers.

Today there are a few hundred Jews living on the island. But in the 18th century, 2,000, more than half of the island’s European population, were Jewish. 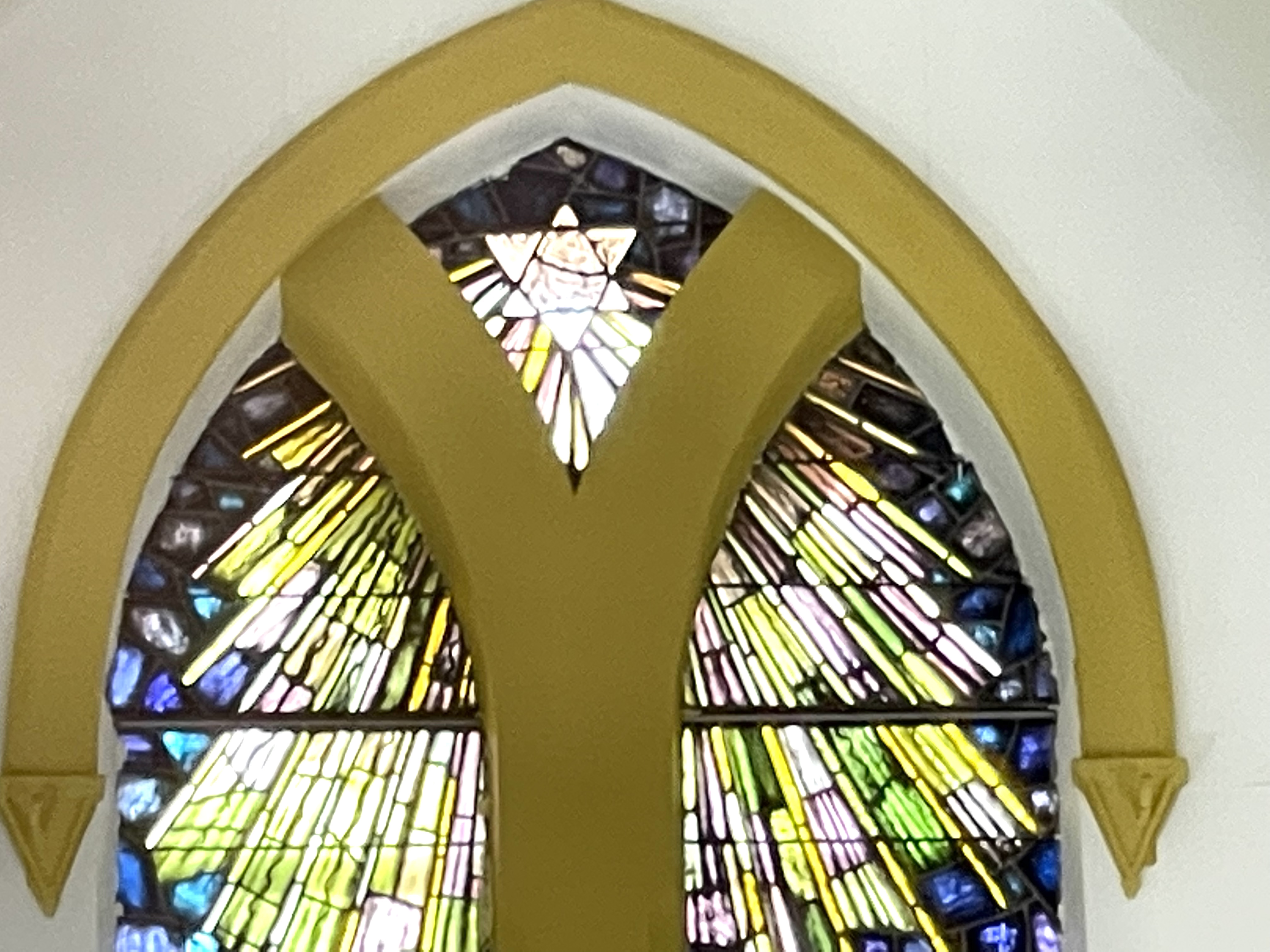 The Curacao Jewish community helped finance the construction of the first synagogues in New York and Newport. They even helped with the Curacao Roman Catholic Church. That is why the church acknowledges the Jewish community with a Star of David on at its alter. 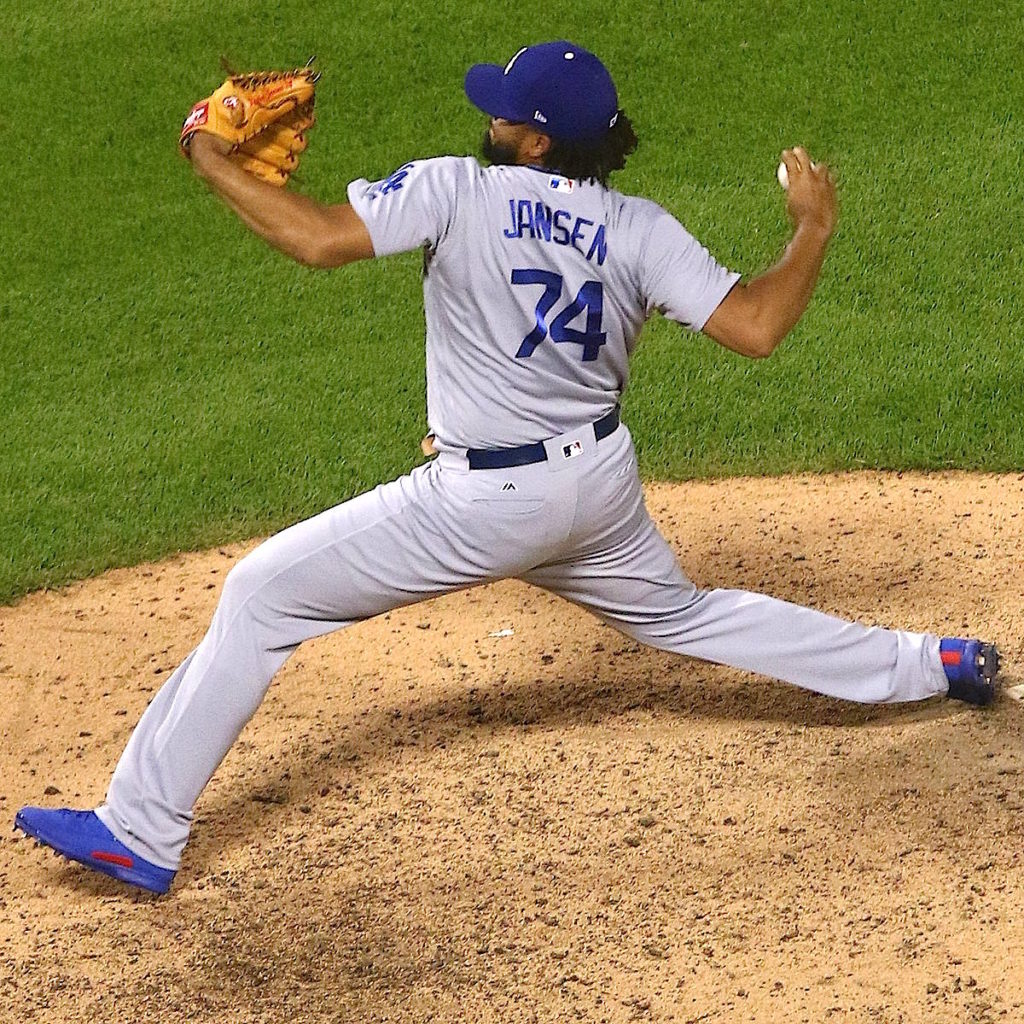 And, a couple final factoids: Despite a population of around 160,000, there have been 16 Curaçao-born Major League Baseball players over the past three decades. That is the most players per capita of anywhere in the world. 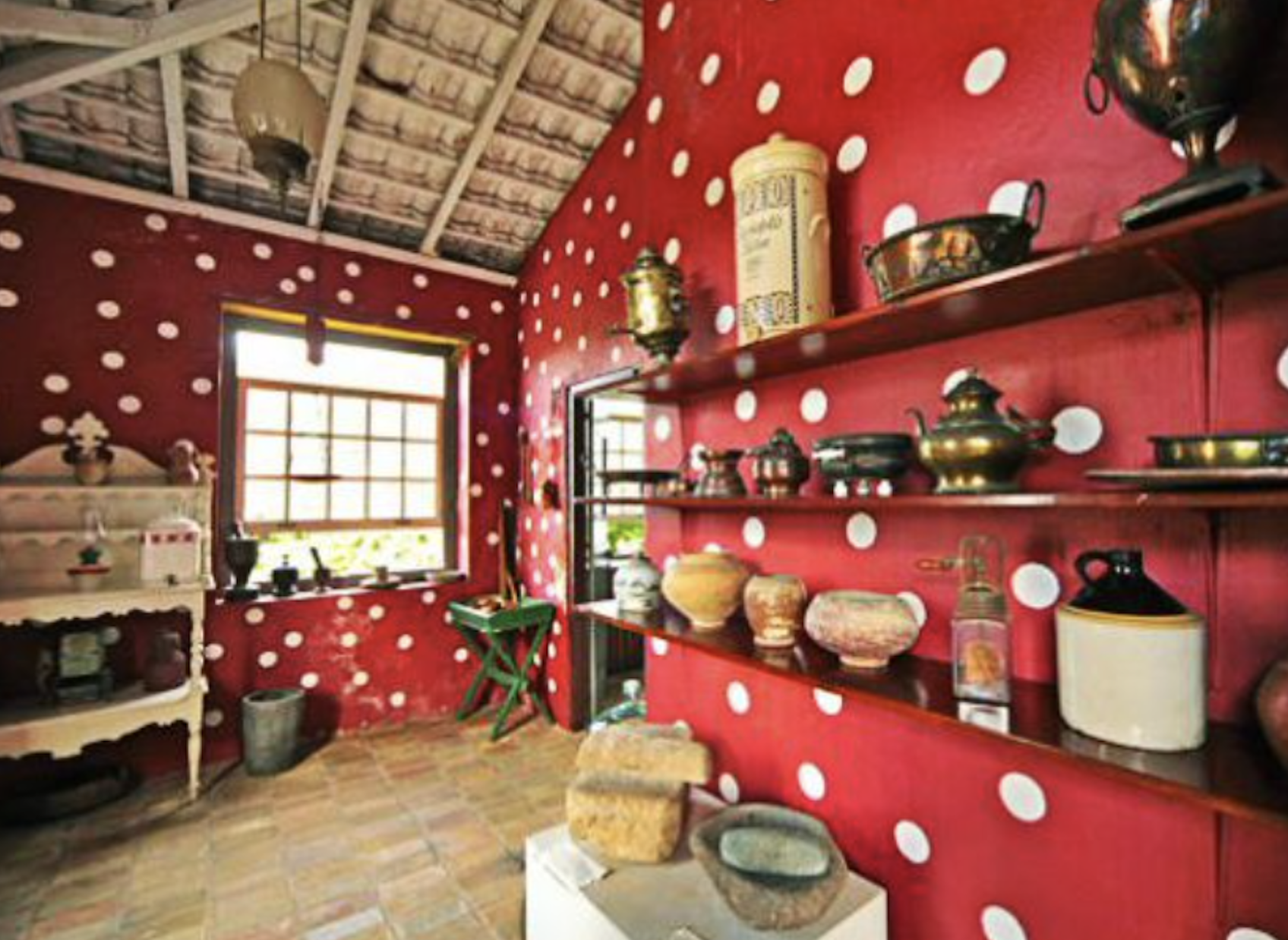 Many traditional Curacaoan homes have kitchens with red walls and white dots because Curacaoans discovered that flies and mosquitoes don’t stick around because they detest white polka dots on red walls.