Budapest, often referred to as “Paris of the East,” is Hungary’s largest city and its political, cultural and economic center. It is widely regarded as one of the most beautiful cities in Europe. Often named as one of the most livable cities in the world, Budapest’s rich culture attracts over 20 million visitors annually.

The river Danube divides the city into two, once independent cities: Buda and Pest. They united in 1873, after 150 years of Ottoman rule, to form the present day global city and Hungarian capital. 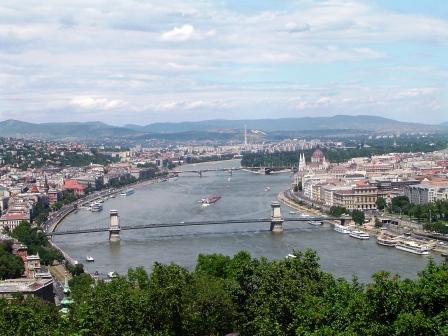 Below is the night-time view across the Danube from our hotel room – Four Seasons Hotel Gresham Palace,  formally the Royal Palace. Fabulous hotel. One of the best in Europe. Get a Danube view for sure. 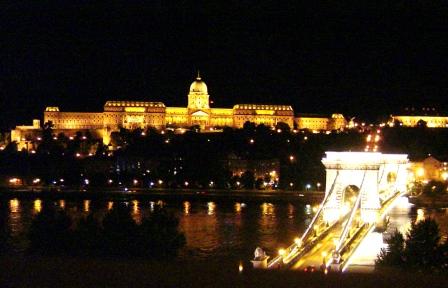 Hungarians are great believers in the medicinal powers of thermal bathing. Though the baths of Budapest have a history that stretches back to Roman times, it was under the Ottoman occupation that bath culture flourished. Today, several still-functioning bathhouses are among the architectural relics of the Turkish period. 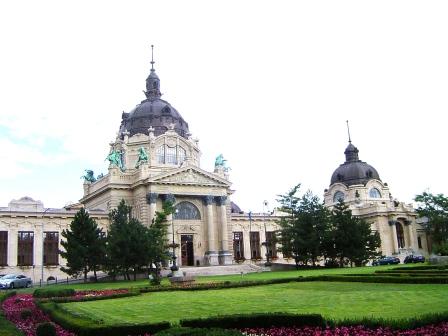 Budapest’s most spectacular bathhouse, the Gellért Baths (pictured above) is located in Buda’s Hotel Gellért, the oldest Hungarian spa hotel and an Art Nouveau jewel. Enter the baths through the side entrance. The exterior of the building is in need of restoration, but once inside the lobby, you’ll be delighted by the details.

The unisex indoor pool is without question one of Europe’s finest, with marble columns, majolica tiles, and stone lion heads spouting water. The two single-sex Turkish-style thermal baths (off to either side of the pool through badly marked doors) are also glorious, though in need of restoration.