Budapest, the capital of Hungary, is widely regarded as one of the most beautiful cities in Europe, and has one of the highest number of Jewish citizens per capita of any European city.  It is also home to the second largest synagogue in the world, which survived WWII because because Nazis used it for strategic reasons. 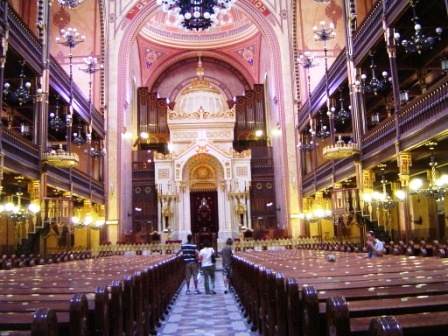 June 1944 saw the forced deportations of Jews by Hungarians. Today they are remembered by a metal Weeping Willow Holocaust Memorial. This “Tree of Life” memorial resembles a weeping willow whose leaves bear the names of the 600,000 Hungarian Jews who perished in the Holocaust. The inscription on top of the memorial reads: “Whose agony is greater than mine.” 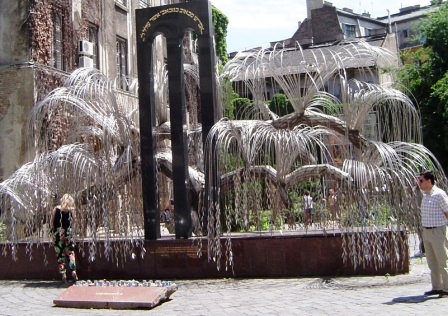 Also of special interest is the Shoes on the Danube Promenade: a memorial to the Budapest Jews who fell victim to Hungarian pro-Nazi militiamen on January 8, 1945. It depicts sixty pairs of shoes left behind by Jews shot on the banks of the Danube River. It was erected April 16, 2005 by Gyula Pauer and Can Togay to commemorate the 60 year anniversary of the Holocaust. 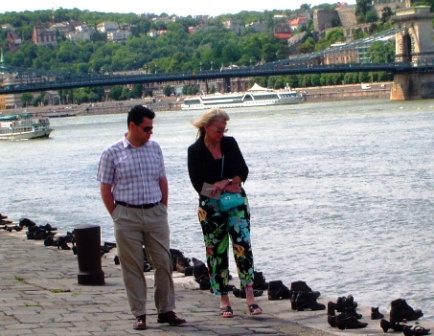 Also of significant importance is the Statue of Raoul Wallenberg, a Swedish humanitarian who worked to save Hungarian Jews in 1944. With the help of Swedish diplomats, Wallenberg issued protective passports and housed several thousands Jews, saving tens of thousands lives. 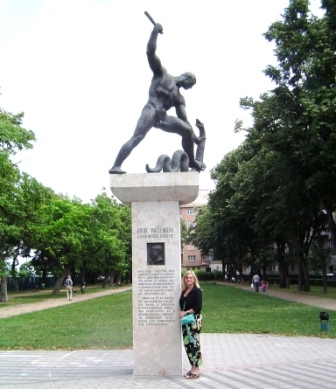 As usual I strongly suggest a private guide for greater leaning. I arranged a guide in Budapest through www.jewishvisitorsservice.com.