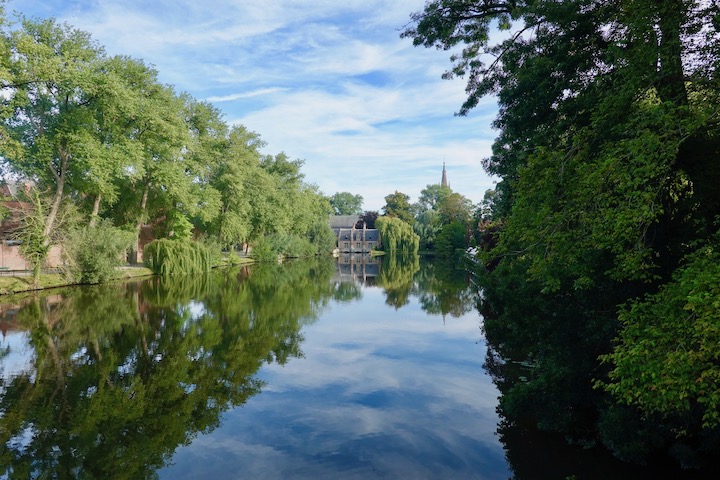 Bruges is a magical city that will mesmerize you and leave you wanting more. Its history and architectural footprint is so rich that it is a UNESCO World Heritage City. 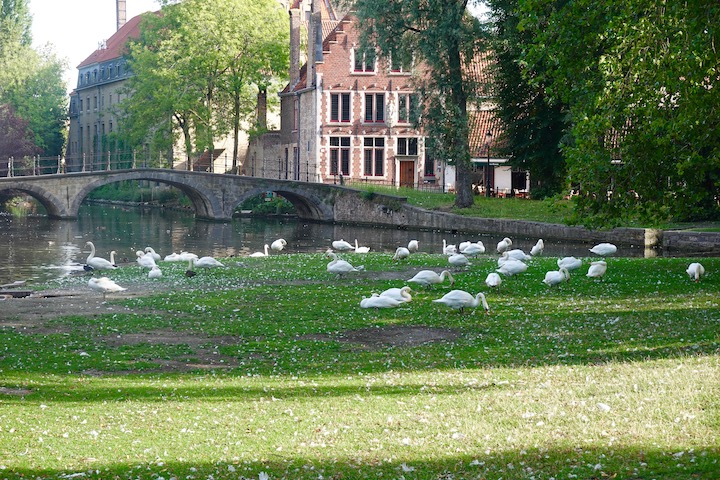 Bruges is distinguished by its canals, cobbled streets and medieval buildings.

It has maintained its historic fabric with Gothic, Medieval and Renaissance buildings, even as it has evolved over the centuries.

Tucked in the Southern most corner of Bruges is one of the most romantic places in the world, The Lake of Love where today we find swans instead of merchant ships navigating these waters. 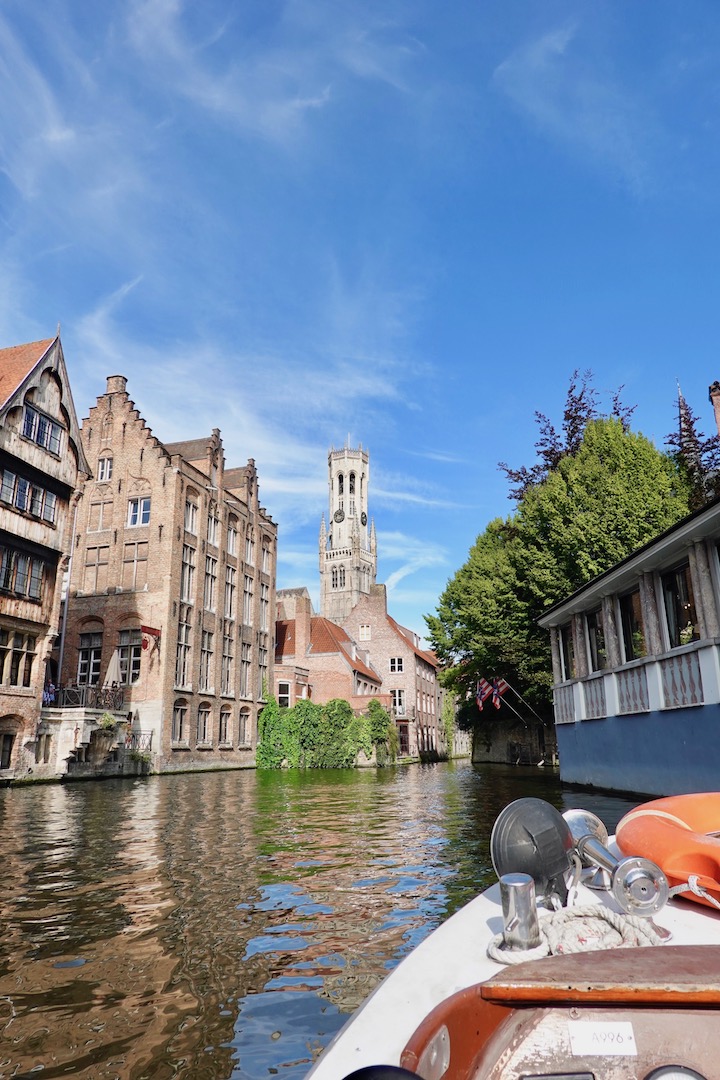 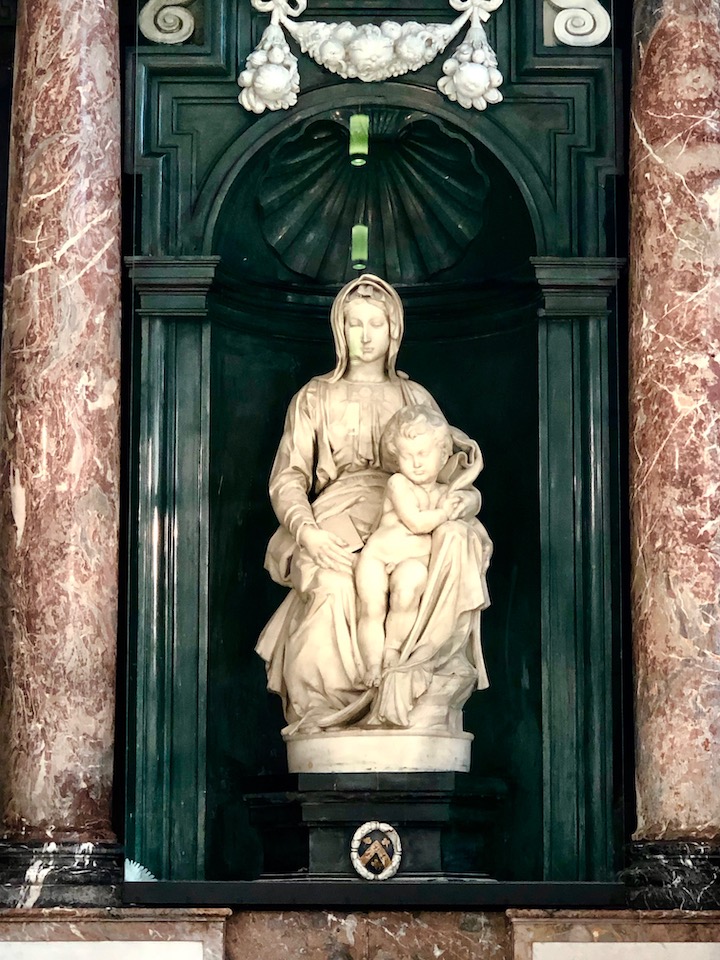 The Church of Our Lady dates mainly from the 13th, 14th and 15th centuries. Its tower, at 379’ is the tallest structure in the city and the second tallest brickwork tower in the world.  Inside the church is a famous white marble sculpture of Madonna and Child by Michelangelo, made in 1504. 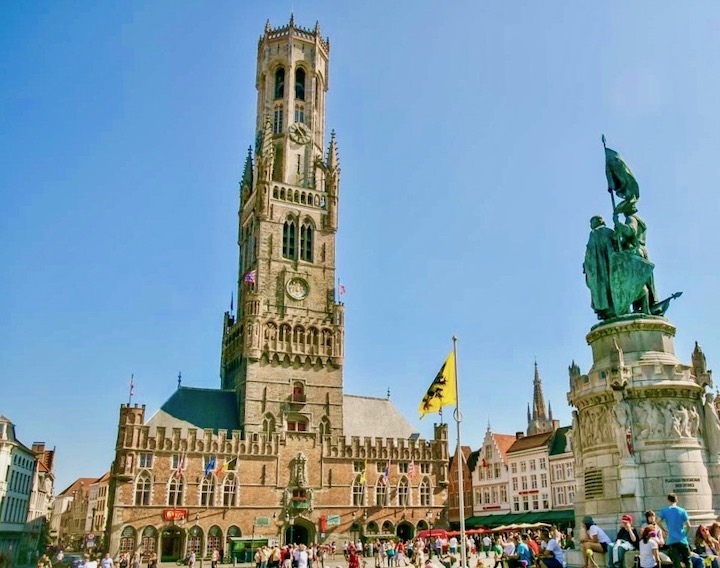 The Market Square  (Markt) was the scene of mediëval festivals, fairs, tournaments, uprisings and executions. Today, the square serves as a meeting place for the locals with 3-4 million yearly visitors. The most striking building is the Belfry, a medieval bell tower with 47 melodious bells.  It leans quite a bit but our guide assured us that it’s not a problem. 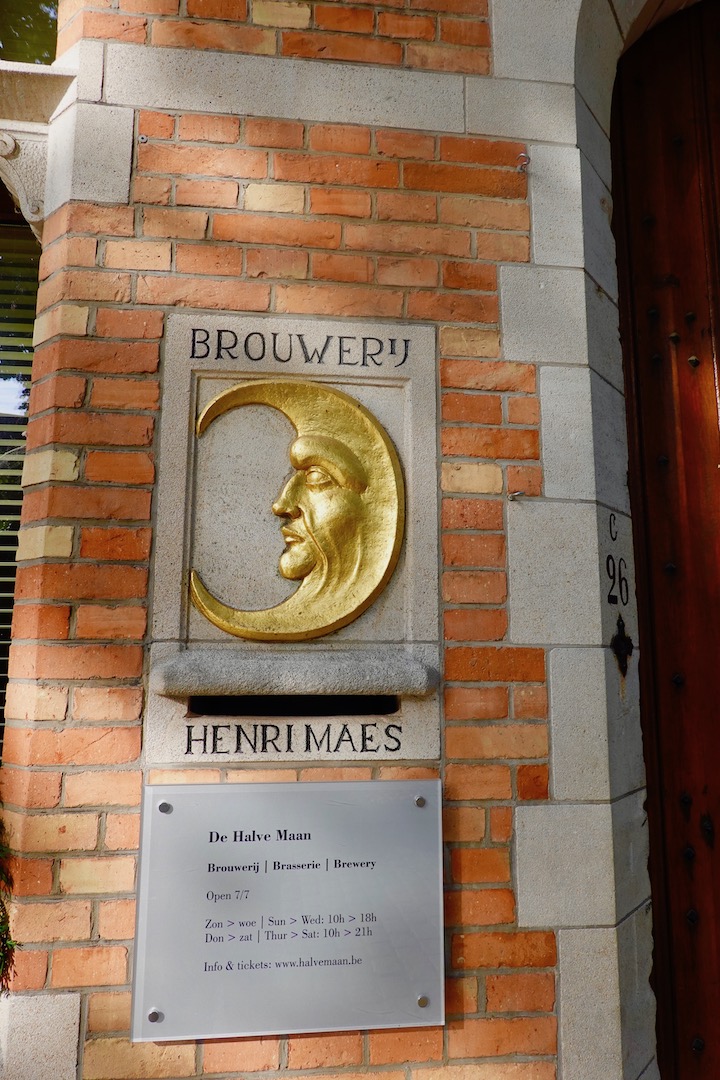 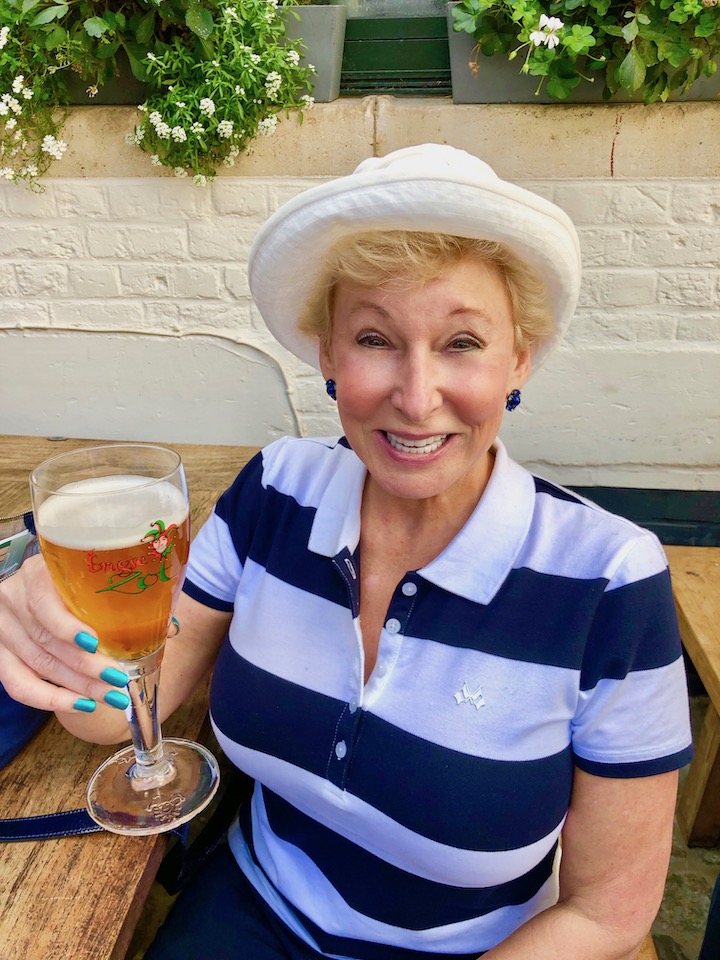 In the Market is the beer museum and brewery. Belgium has more than 250 active breweries, the most famous being De Halve Maan which has a beer pipeline that runs from the brewing hall in the center of Bruges through a tube of 3276 meters to the bottling plant outside the city, The beer is wonderful, as are the moules and frites!! The story about beer is so interesting.  In ancient times, the local hospital was on the water and dumped everything in the water polluting it beyond use.  Therefore, the locals made very weak beer which everyone drank all day long!! 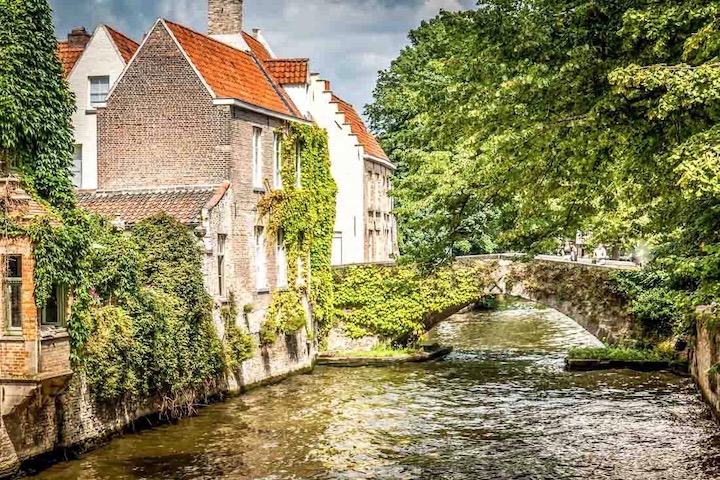 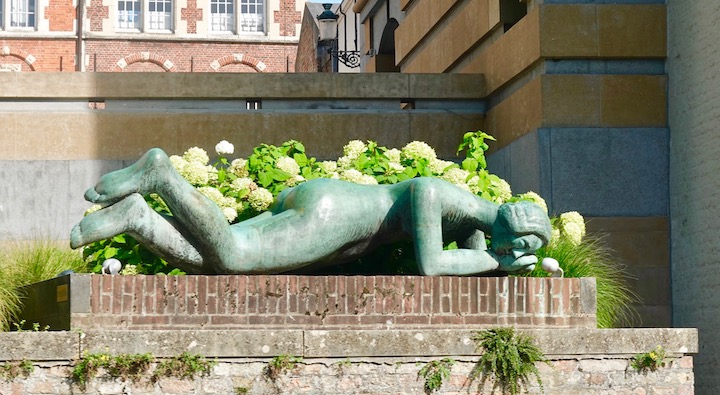 Bruges is often called “the Venice of the North”, referring to the numerous canals and bridges on the river “Reie where only 20 boats are permitted on the canal at once. 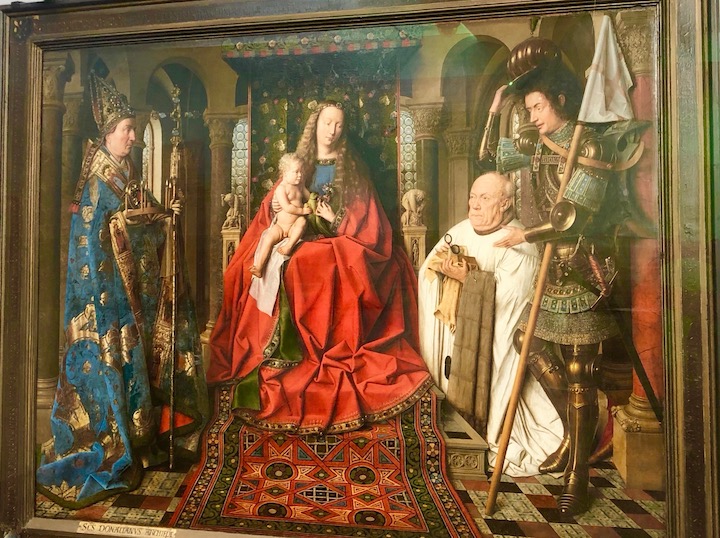 The Flemish Primitaves (Groeninge Museum) has paintings from the 14th, 15th and early-16th Centuries. World-renowned works of Jan Van Eyck, Hans Memling, and other prominent Flemish Masters can be admired there.