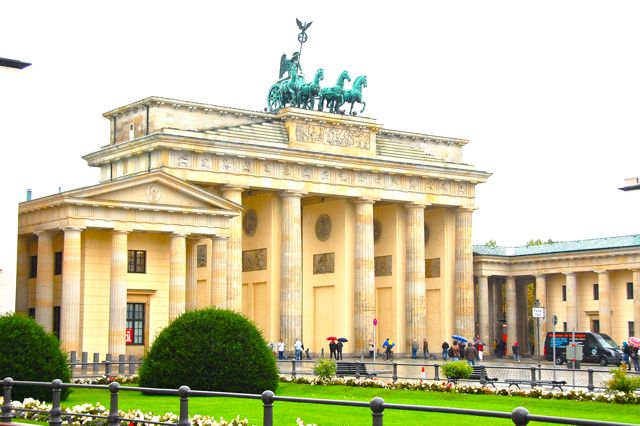 We left the ship for a night in order to spend two days in Berlin.

Berlin is the capital and largest city in Germany, as well as one of its 16 states. Since it is actually located within former East Germany, during the Cold War, West Berlin was an Island within the socialist German Democratic Republic.

The Brandenburg Gate, originally built in 1770, was the original gate to the city.

Berlin was also the headquarters of Hitler’s Nazi Party. 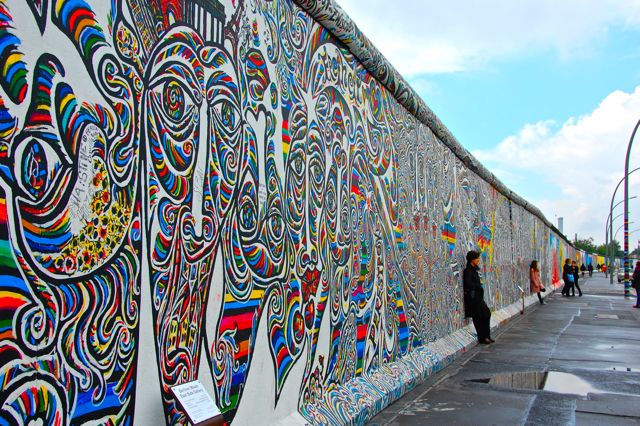 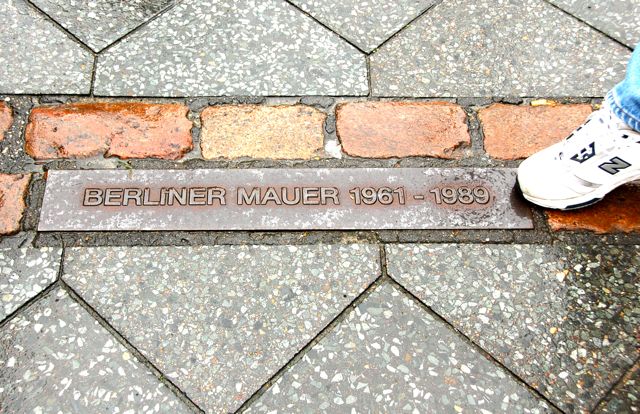 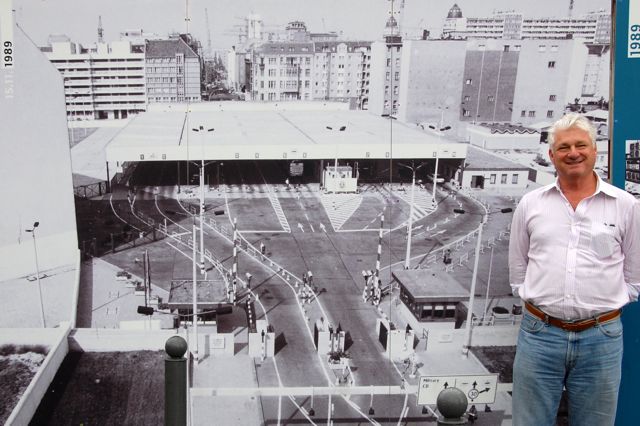 We all know Berlin was a city divided after WWII. The Soviets built the Berlin Wall in 1961 to stem the flow of Germans from East Berlin to the West. The most famous crossing during the Cold War was at “Checkpoint C” known as Checkpoint Charlie. 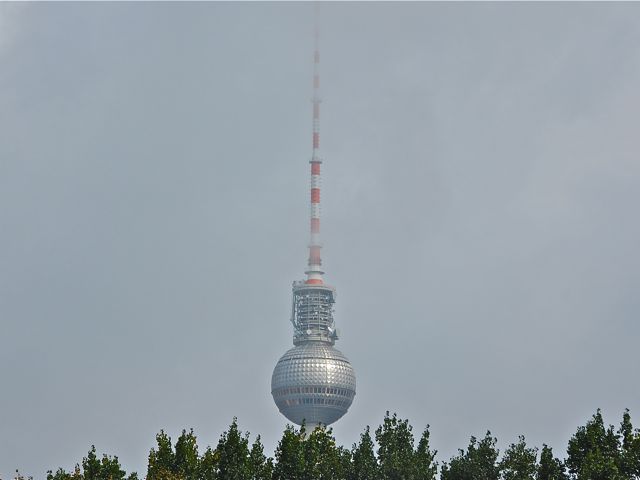 East Germany built a huge TV tower in the mid 60s to show their strength. Some thought it was to spy on West Berlin. Ironically, in the sun, a cross appears and therefore it is referred to as the Pope’s Revenge (as the Communists were atheists). 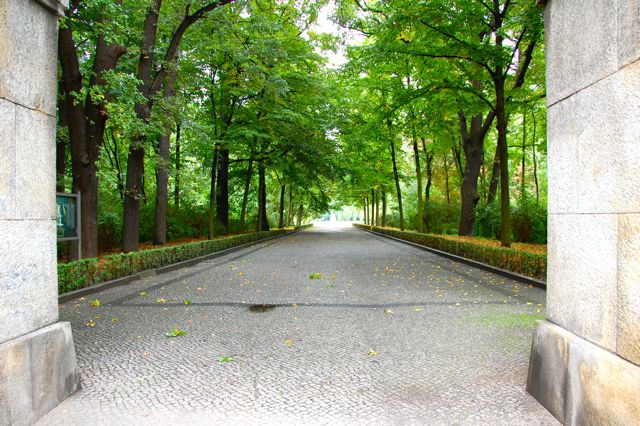 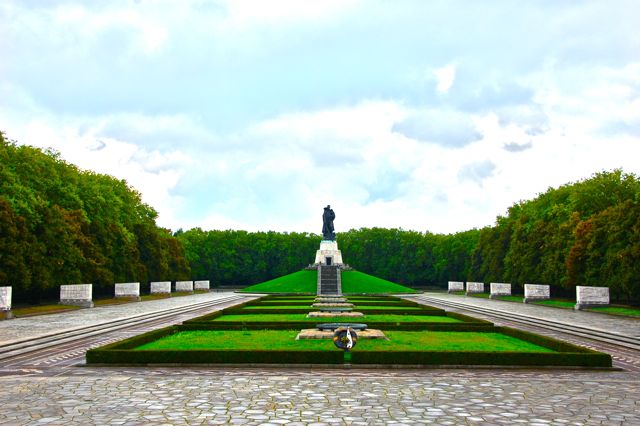 The Soviet War Memorial in Treptower Park commemorates the thousands of Soviet soldiers who fell in the Battle of Berlin.

The focus of it is a monument of a Soviet soldier, with a sword and holding a child, standing over a broken swastika.

Some marble used here was from Hitler’s demolished Reich Chancellery. 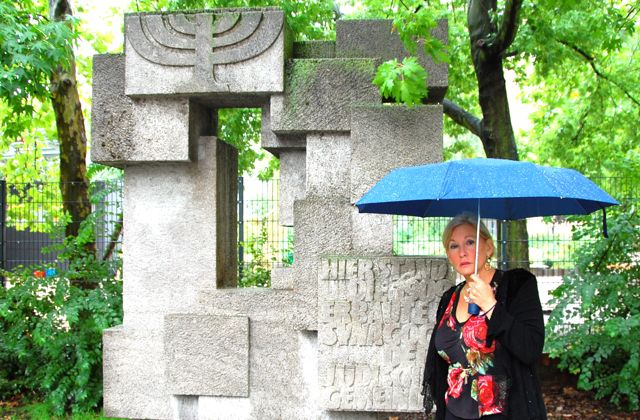 As usual we did significant Jewish exploration. Allyn is standing in front of a memorial to a former synagogue. It has a message that it lost its function because there were no more Jews here in this once Jewish neighborhood. 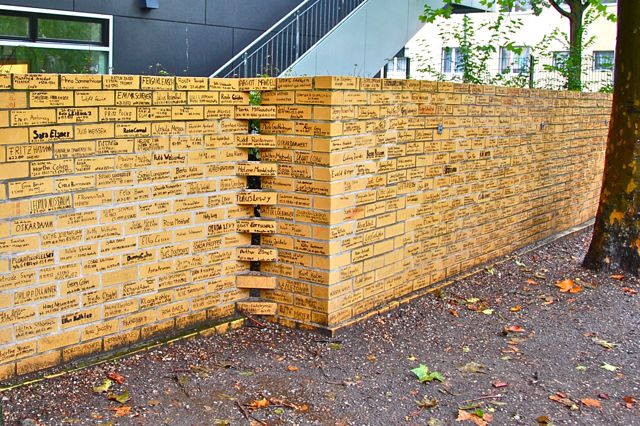 Grasping that 6,000,000 people perished is incomprehensible. Here in this public school courtyard, they remember one person at a time, with very high impact.

The kids are given the assignment to learn about individuals in the neighborhood – when they were born and died, what they did for a living, and where they were killed – and then tell the story to their class.

They have a stone for every story – 800 stories so far. They have over 5,000 to go just for this neighborhood. 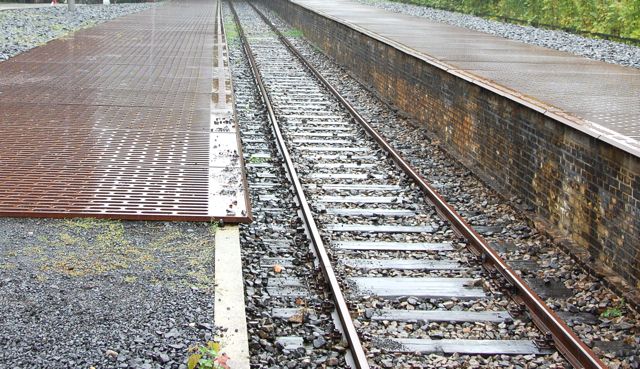 Grunewald station in Berlin is a small train station, right in town, which looks like thousands of such stations around the world. However, here is where they deported many thousands of Jews to death camps such as Auschwitz and other places. On the platform itself is a memorial recording of the number of deportations and the people per each. It is chilling. 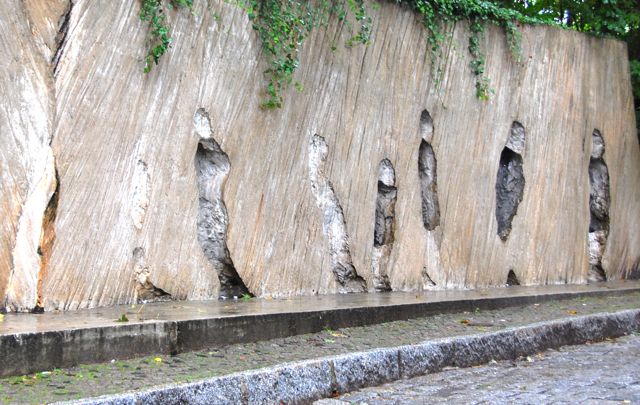 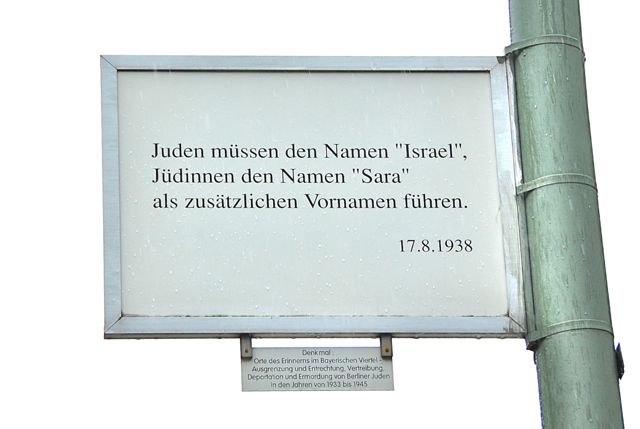 Berlin has several signs showing typical anti-Jewish Nazi laws and when they came into being. This one says all male Jews must add Israel to their name and females Sara. This way they could be more readily identified.

There were many of these laws, such as only being allowed to go to the bakery between 4:00 and 5:00 p.m. (after they were sold out for the day). These memorials are very effective. 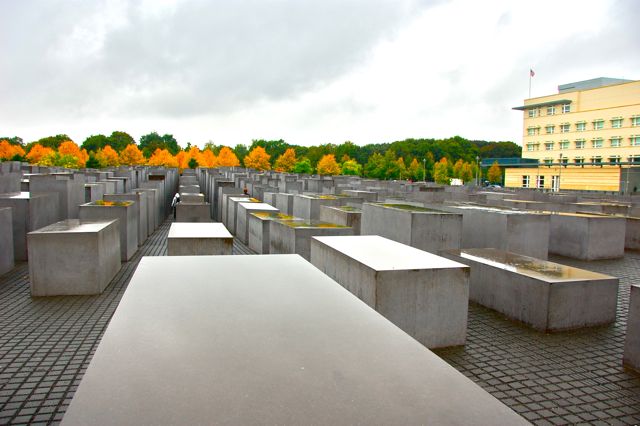 The Memorial to Murdered Jews of Europe is a public memorial that cost 25 Million Euros and is a waste. It doesn’t say who murdered whom, how many, why or anything else. You can’t tell what you are looking at and the numbers of monuments and sizes just reflect the size of the property and nothing else.

To make matters worse, one of the major contractors produced the gas for the gas chambers, and profited by buying melted gold from murdered Jews’ teeth. 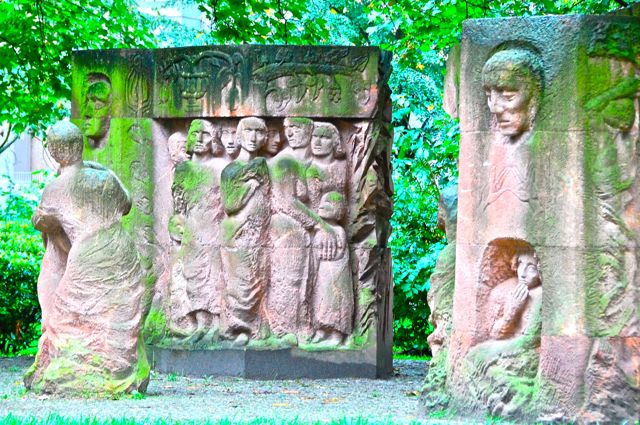 In 1943 there was actually one non-violent protest, The Rosenstrasse Protest, by non-Jewish German women against the Nazis which succeeded. Starting with just a few and growing to several thousand, women protested about being apart from their arrested and deported Jewish husbands. About 6,000 men were returned – for a while. 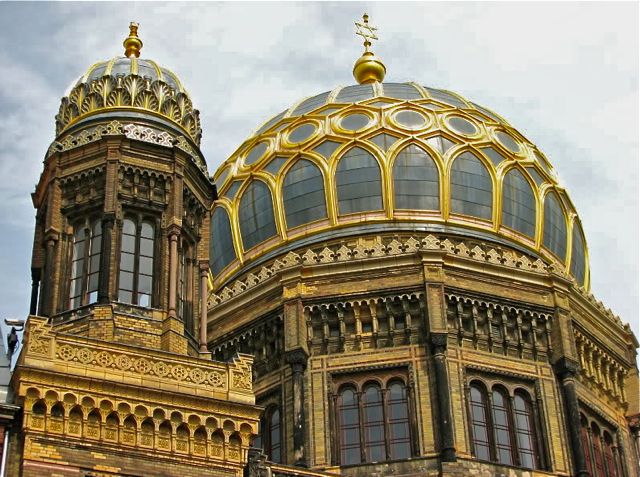 The restored New Synagogue, originally built in 1866, was the largest synagogue in Germany with 3,200 seats. It was desecrated in 1938 in the November pogrom. It reopened in May, 1995. 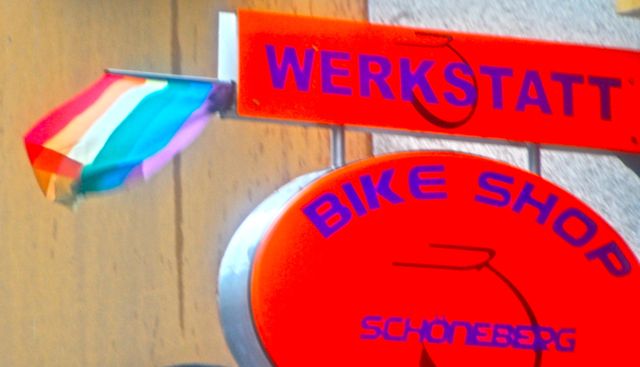 Today Berlin is the most liberal city in Germany by far. The mayor and 15% of all men are openly homosexual. Many establishments have the rainbow flag flying to symbolize gay proprietorship.