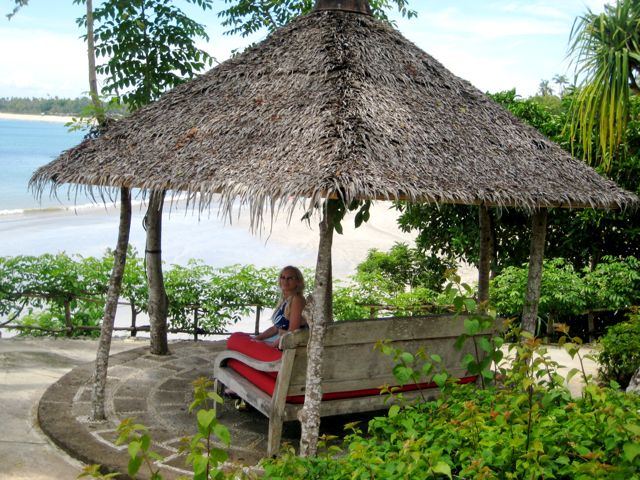 Today’s chilling was topped off by a very special dinner. A few times each week, the hotel hosts a romantic dinner.  They call it “Beds on the Beach.”  We signed up in a heartbeat. 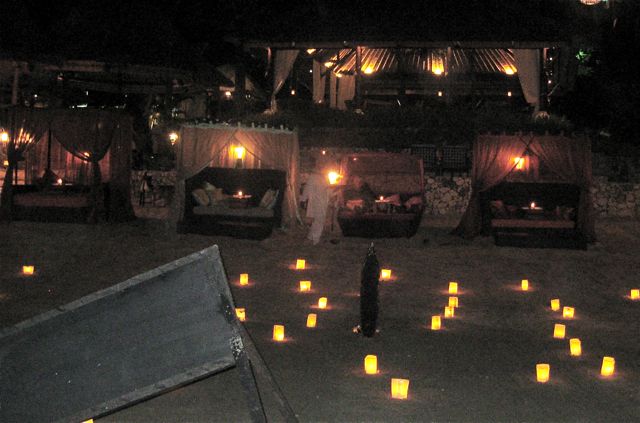 It’s hard to imagine the ambiance, even after being there. 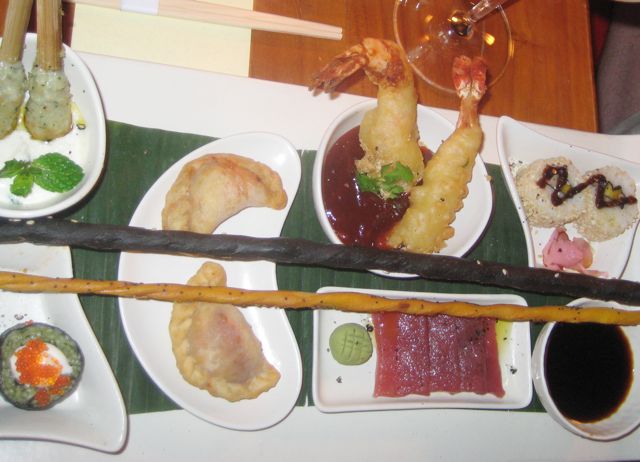 We had one of those great meals, centered on lobster, with the usual gourmet accouterments.  The background was live Jazz, against the backdrop of the Indian Ocean. 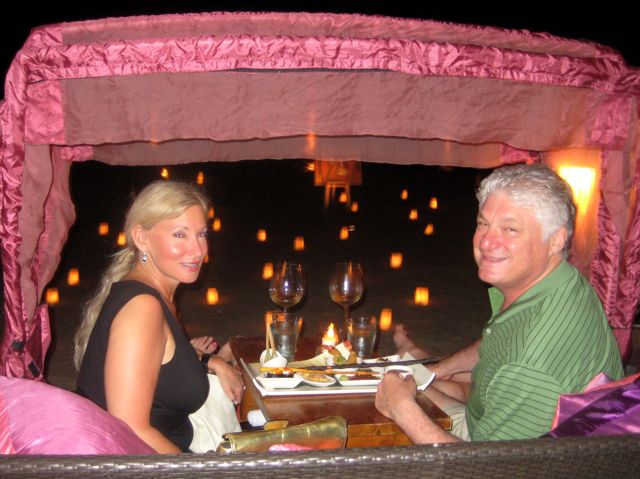 But the setup – absolutely incredible. I’ve never seen anything like it.

Bali is known for its natural beauty, including its lush vegetation. It is about the size of Delaware, but has five times the population.

Although Indonesia is very populous and mainly Muslim, Bali is its own enclave and primarily Hindu (albeit a Balinese type of Hindu). They have literally thousands of temples that are unique to this island, and the locals visit them daily.

The people here seem as tranquil and peaceful as their surroundings. Maybe it has something to with the fact that they think all of us are one big family. 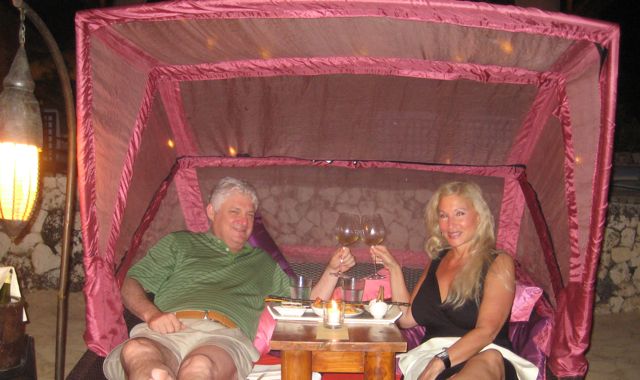