New Zealand is about the size of California and has 5 million inhabitants. (CA has 40 million). About a third of them live in Auckland.
Day 1 was shopping and enjoying the city center. Every single person we met was nice.I even bought some shoes. I need to upgrade my attire. 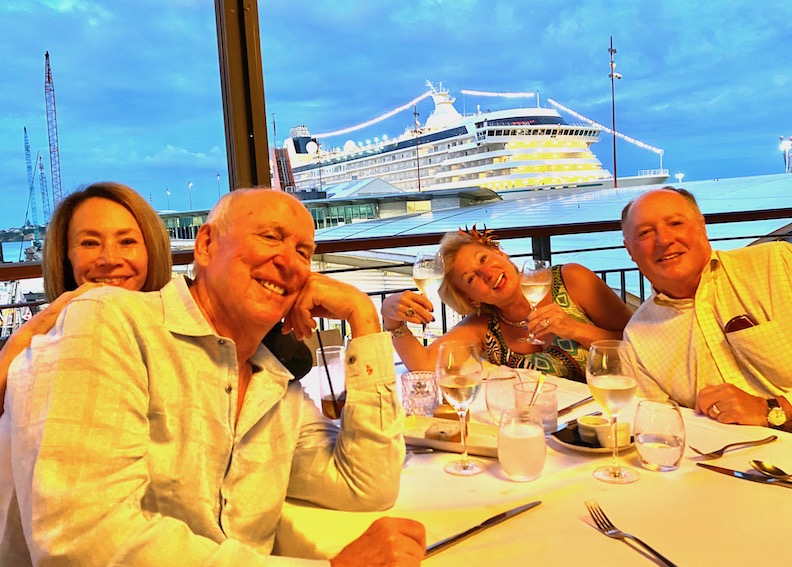 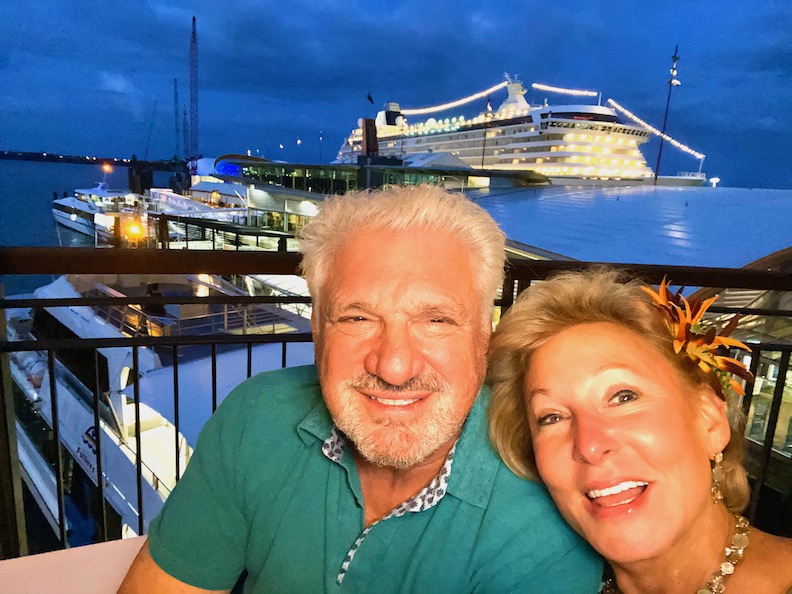 Given that we overnighted here, we ate dinner off the ship with friends at Harbourside Ocean Bar and Grill in The Ferry Building  (yellow building in bottom right of top photo) . The food was great as was the ambiance. Service was slow but nobody really cared (once the wine came). 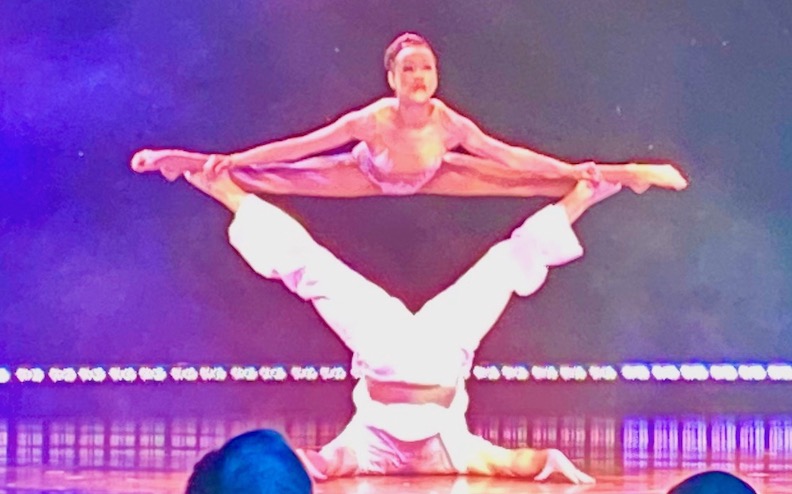 After dinner there was an entertaining acrobatic couple performing on board. 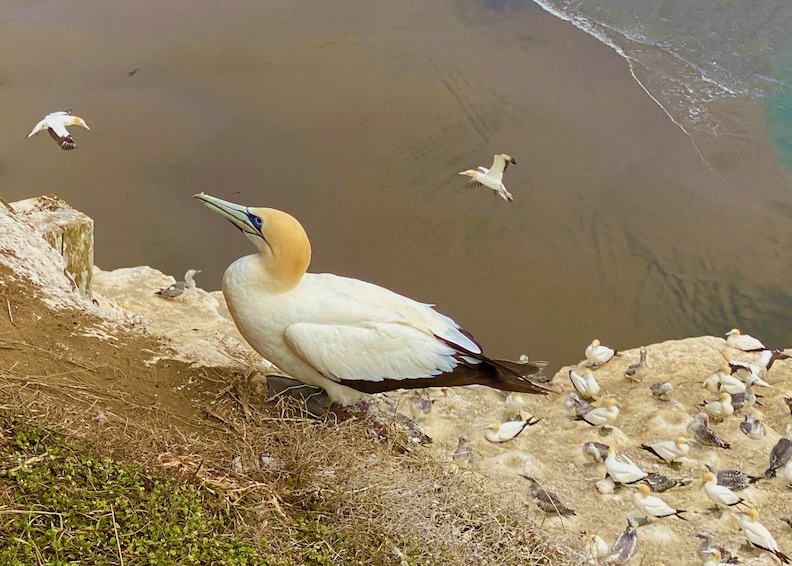 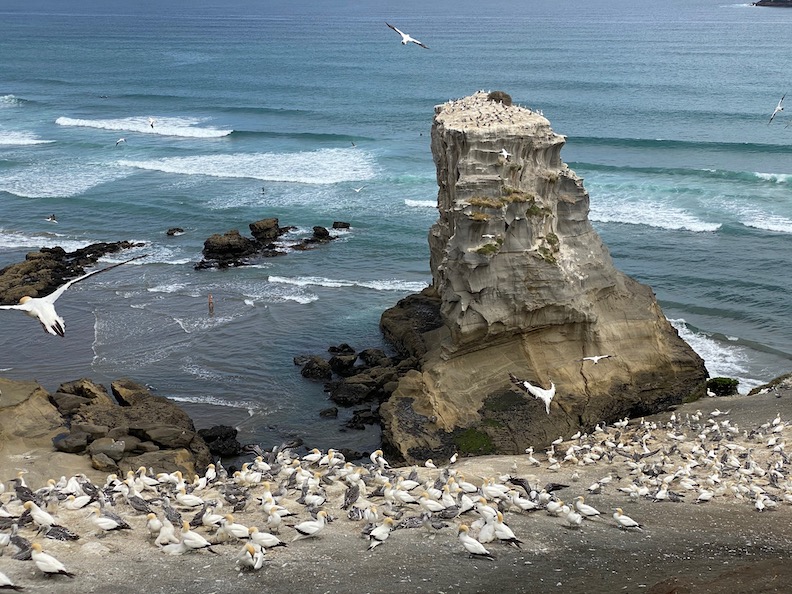 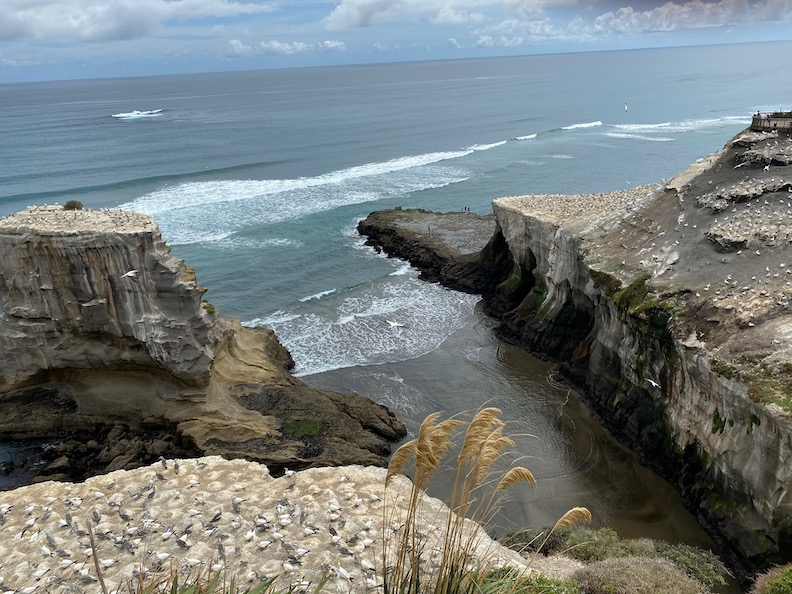 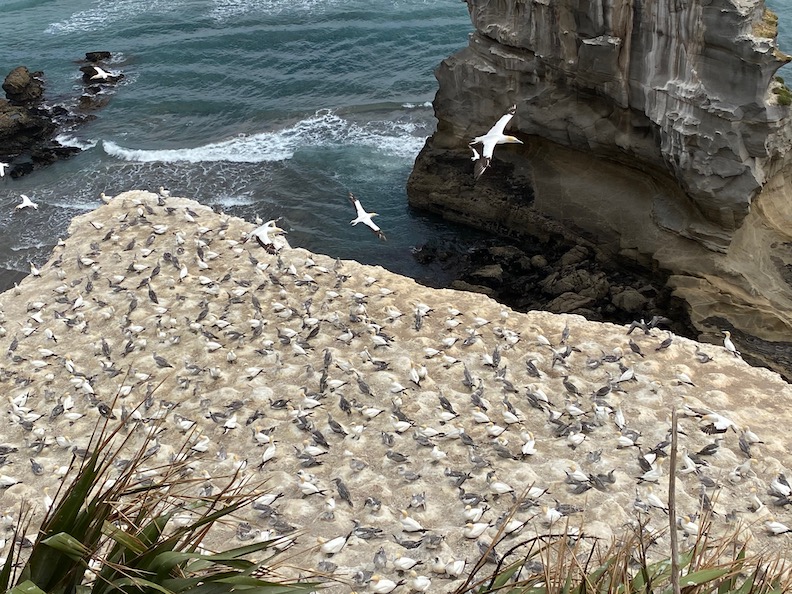 Day 2 was the best though. Although Auckland is on the East Coast, it is about the narrowest part of the country making it just an hour drive to the West Coast. That is home to the Muriwai gannet colony, perhaps the most amazing sight to date on this cruise.
About 1,200 pairs of gannets nest here from August to March each year. 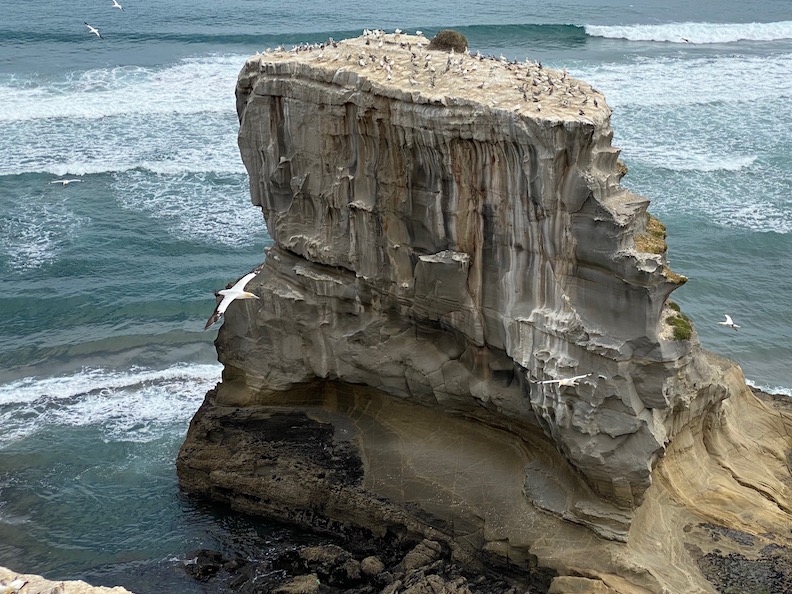 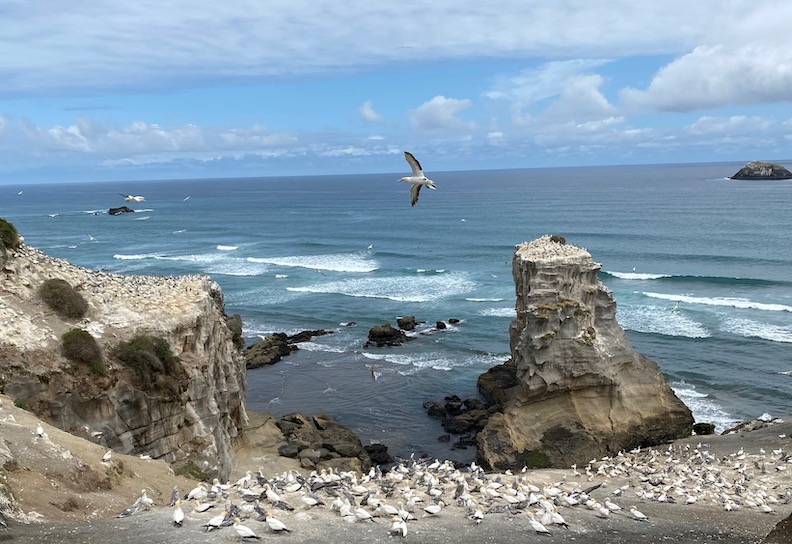 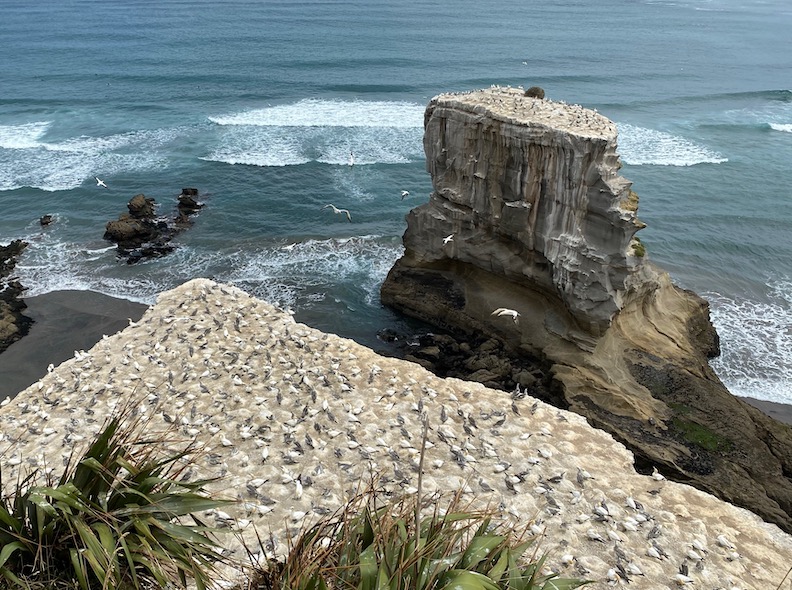 The nests are just inches apart.
Many have left already as they spend most of their days in Australia. About five years later they return to lay eggs in the exact same spot they were born. Amazing.
Each pair lays one egg and the parents take turns on the nest. They are monogamous. 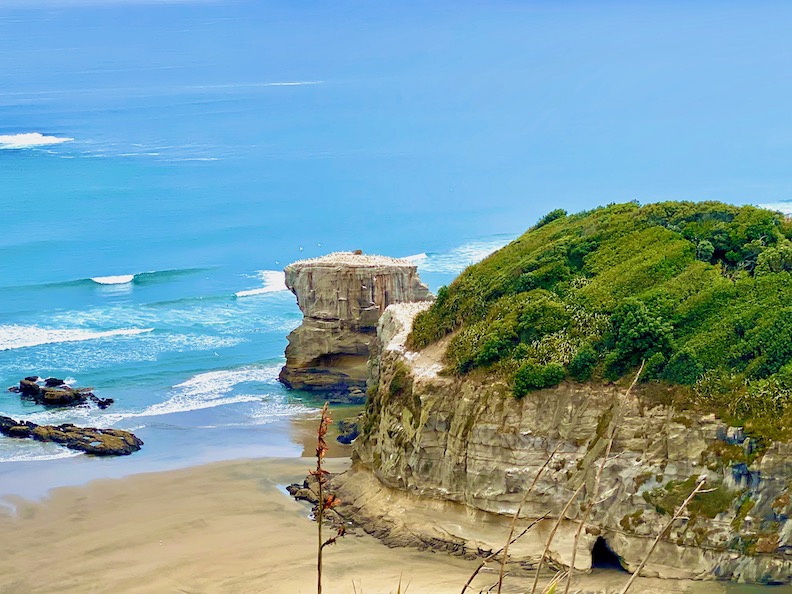 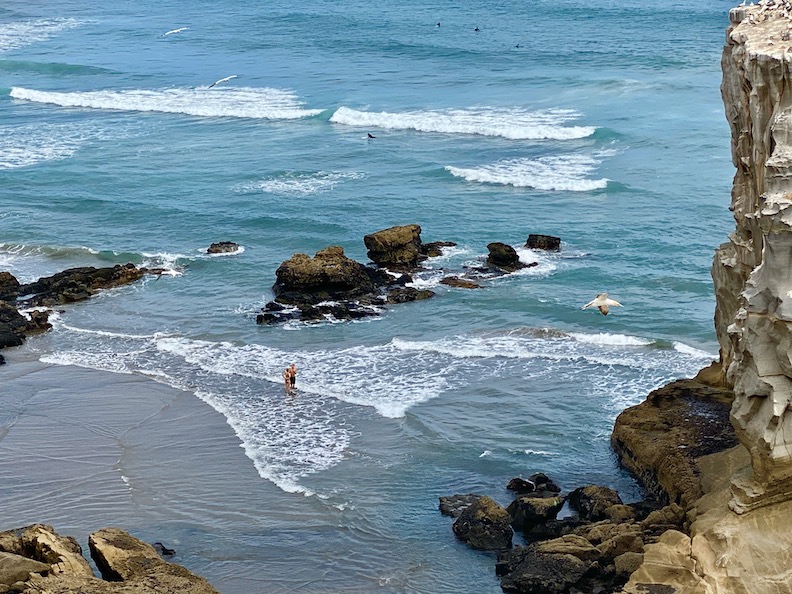 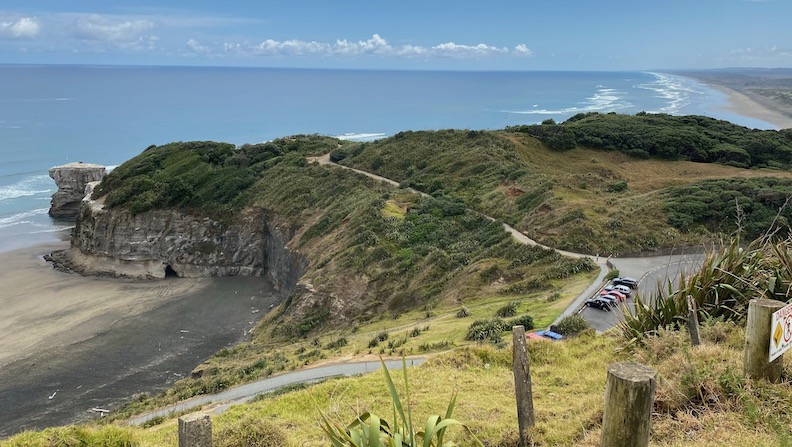 Even the view itself, without the birds, is magnificent. 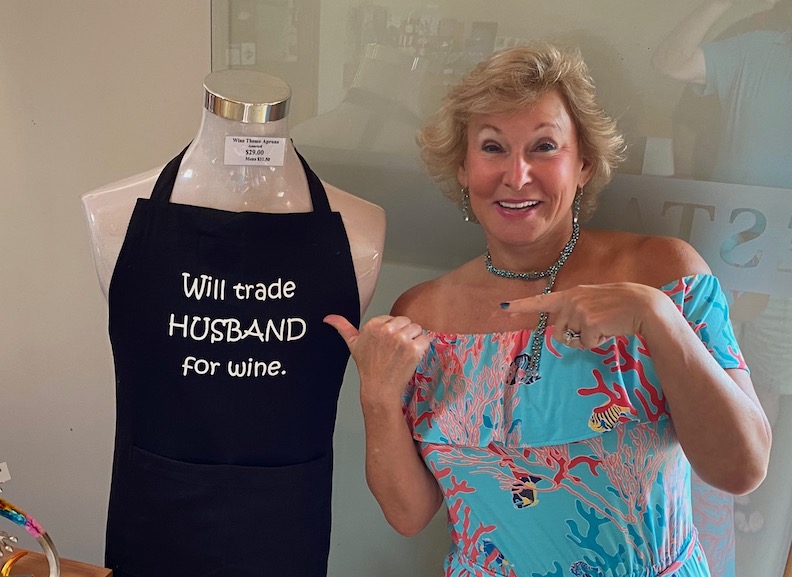 Also included in the tour were two wineries with wine tastings. My favorite was the apron.