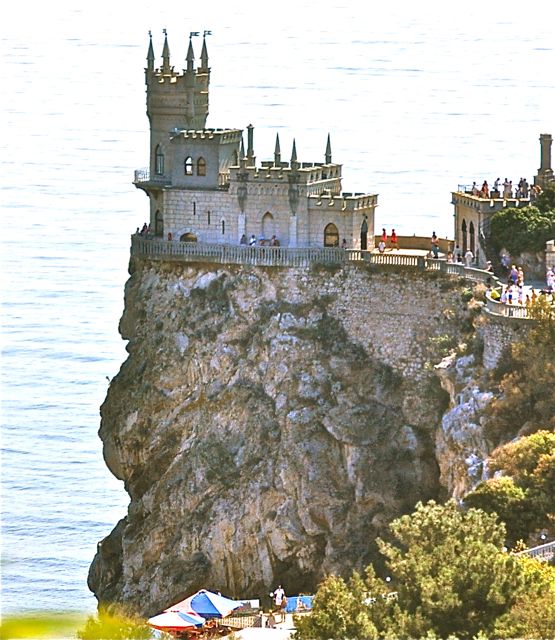 The Swallow’s Nest is an architectural wonder built in 1911 over a 130-foot cliff.  It is often used in movies depicting this area as it the symbol of Crimea’s southern coastline. 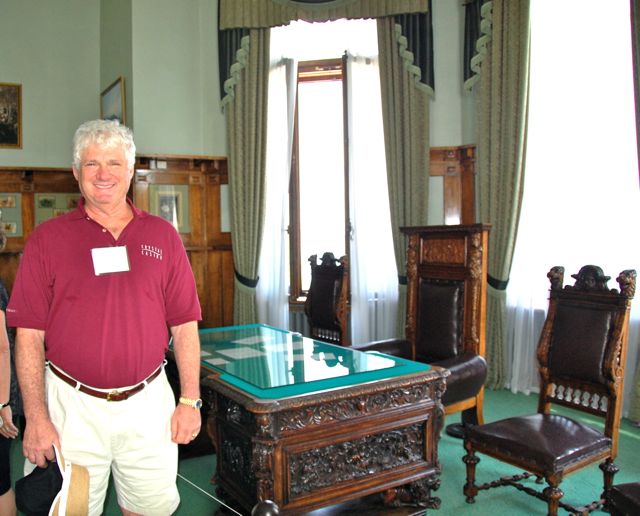 Livadia place was the summer residence of the last Russian Czar, Nicholas II. It was completed in 1911. Here I am at his desk.

When the Revolution came the Communists turned it and other local mansions over to the people. Ultimately they became medical facilities because Yalta has perfect air for many ailments and the price was right. 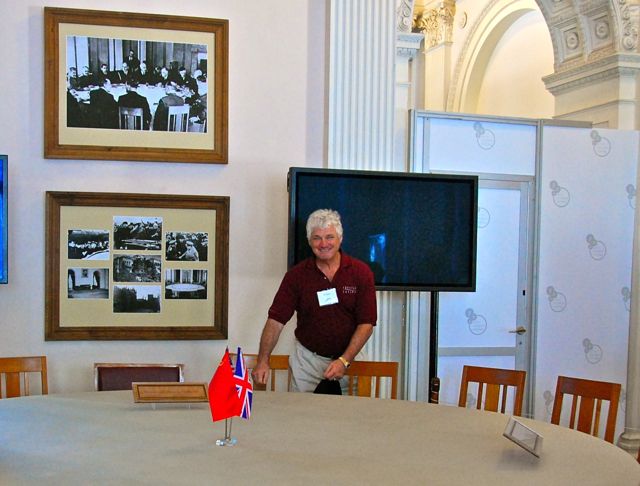 In February 1945, the famous Yalta Conference was held here. This is where Roosevelt, Stalin and Churchill decided how to divide up Europe.

The beautiful Alexander Nevsky Cathedral built in 1902 is typically Russian with the onion-shaped domes. 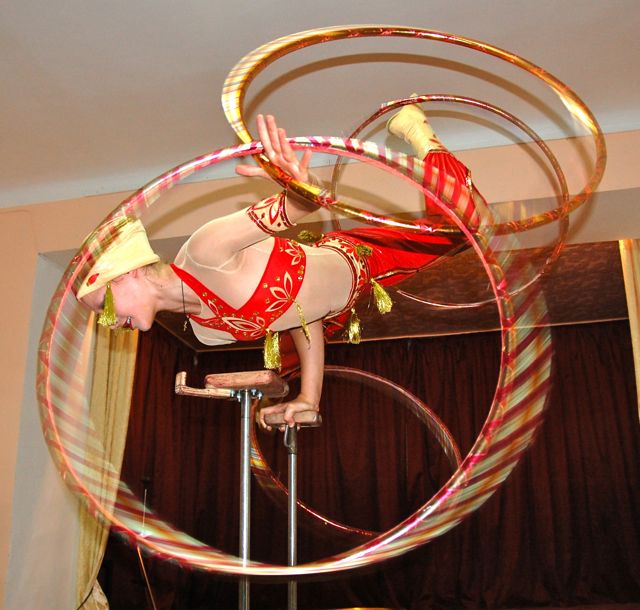 We visited a local school and gave a group gift. They entertained us. This girl, 12, did an acrobatic performance that is already world class. She could perform in Cirque already.