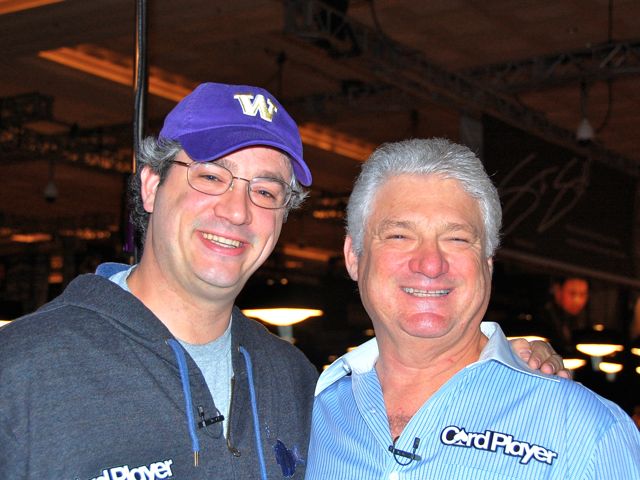 The WSOP is off and running. Ty Stewart and his team are to be commended for making it a much smoother and pleasant operation this year.

Happy and I had a TV shoot with Norman Chad, ESPN’s WSOP announcer. 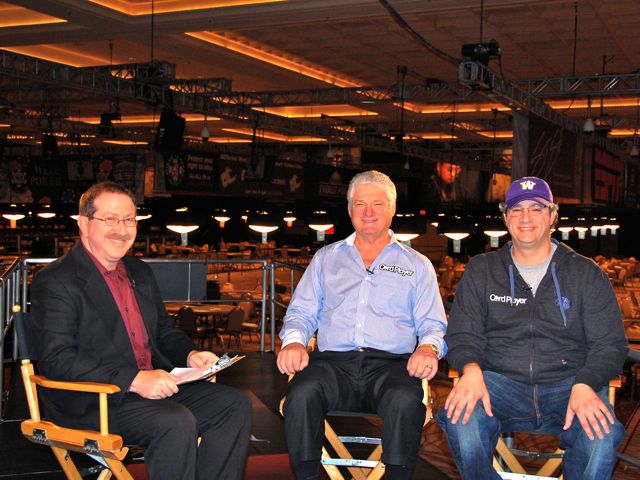 It will be on prior to the showing of the first event this year. It was great fun hearing him refer to poker in 2009 as “The Year of the Shulmans.” 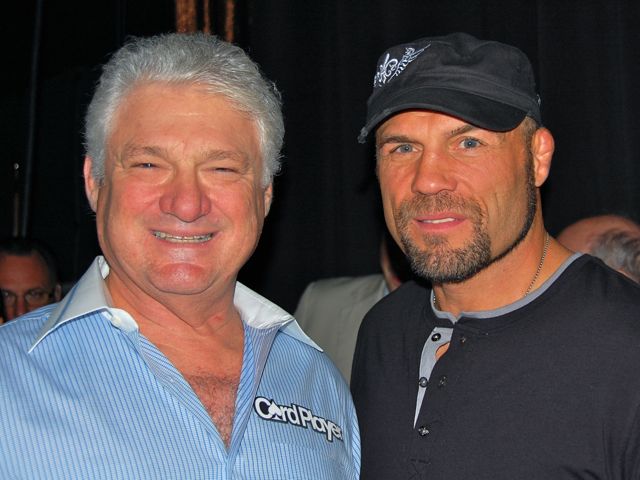 The guy in the picture with me is Randy Couture. We have a lot in common. We both were raised in the Seattle area, and both now live in Las Vegas.

Unlike me, he went on to become the state high school wresting champion, and a college All American.

He is a five time UFC Champion (Ultimate Fighting Championship), and is generally credited with bringing mixed martial arts into the mainstream of American pop culture and sports.

He has a firm handshake.